Back when I posted my find of Gazette Sunday comics available in a retail outlet for Video Games, a commentor was kind enough to point my attention to an eBay auction that was selling more of the coveted childhood comics.  I was amazed that there was an outlet for such items, let alone anybody who'd kept archaic comics around for so long.  Of course, that's more for the Gazette comics when they were shaped like comic books.  Anything after July 1987 when they changed formats to a more conventional newspaper style is considerably harder to find.

As a result of these finds, I've found some follow-ups to many of my previous posts:

Some behind-the-scenes voyeurism of Laura at her office workplace. 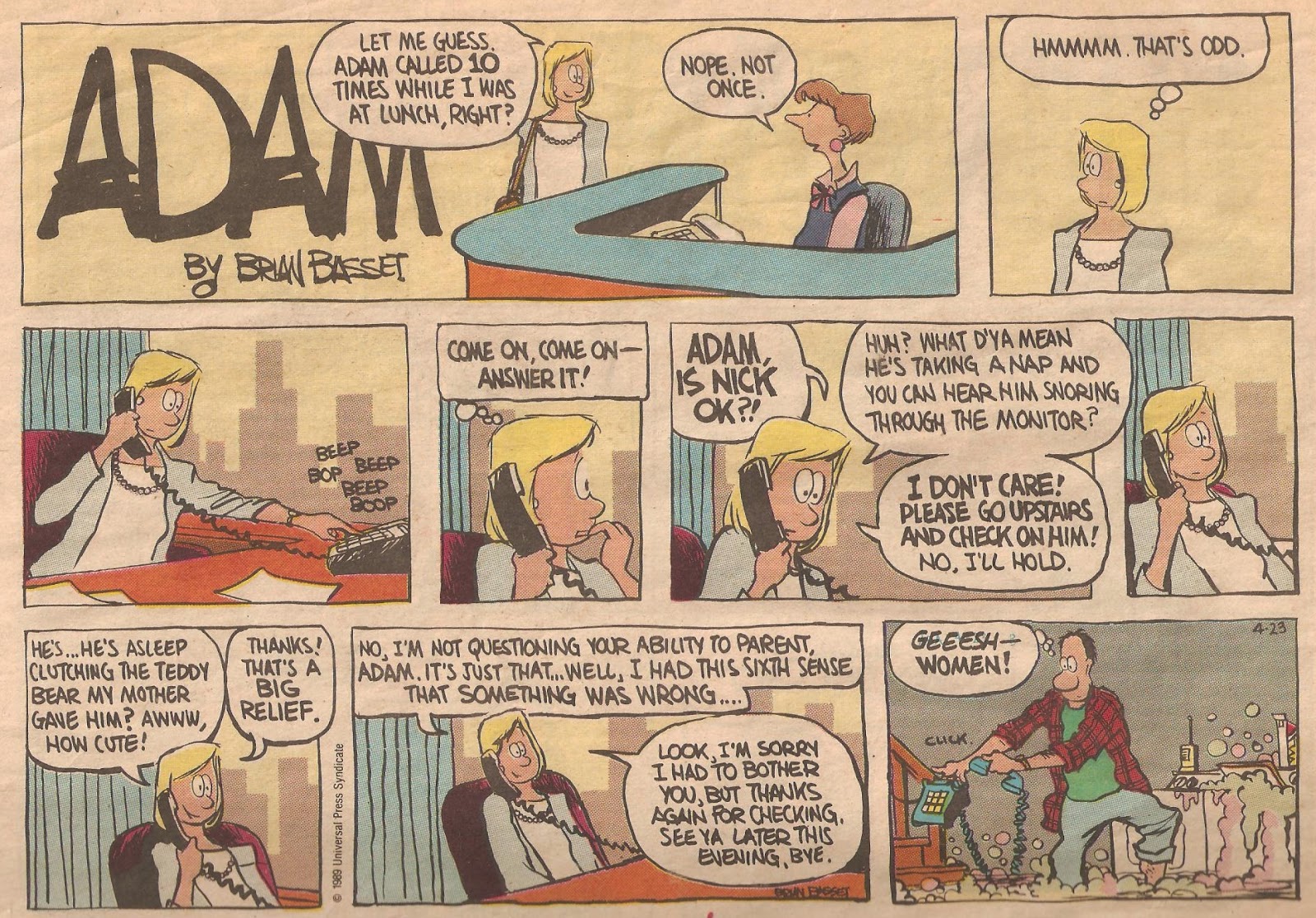 Remember my Valentine's entry about the Weird Romance between Sir Rodney and Maiden Gwen?  There were two recently found comics that further highlighted the unsexual tension between them. 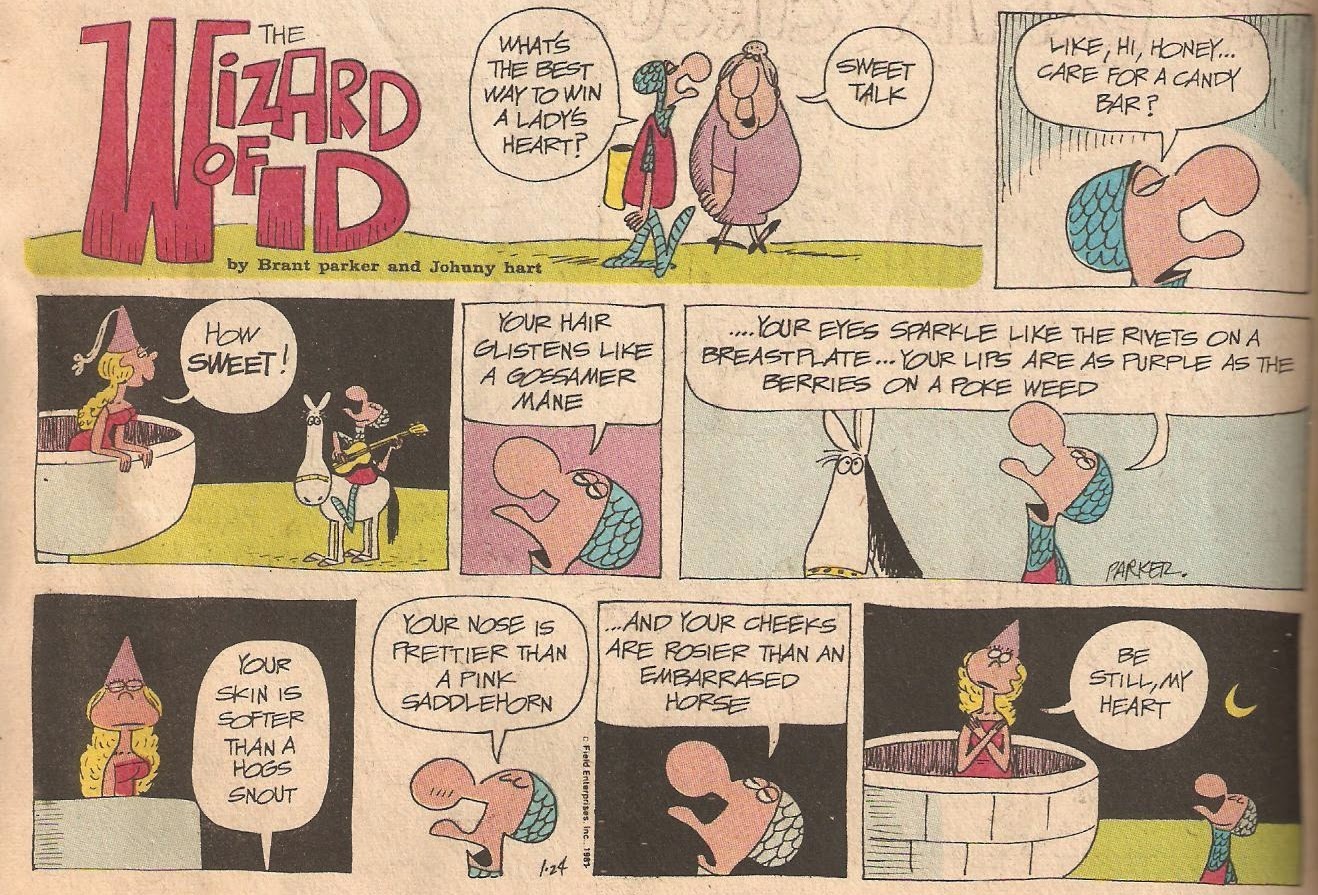 On the other side of the spectrum is the King's Mom, and their truncated relationship showing no love lost between the two of them.  The earliest introduction is where her presence is more felt than outright seen. 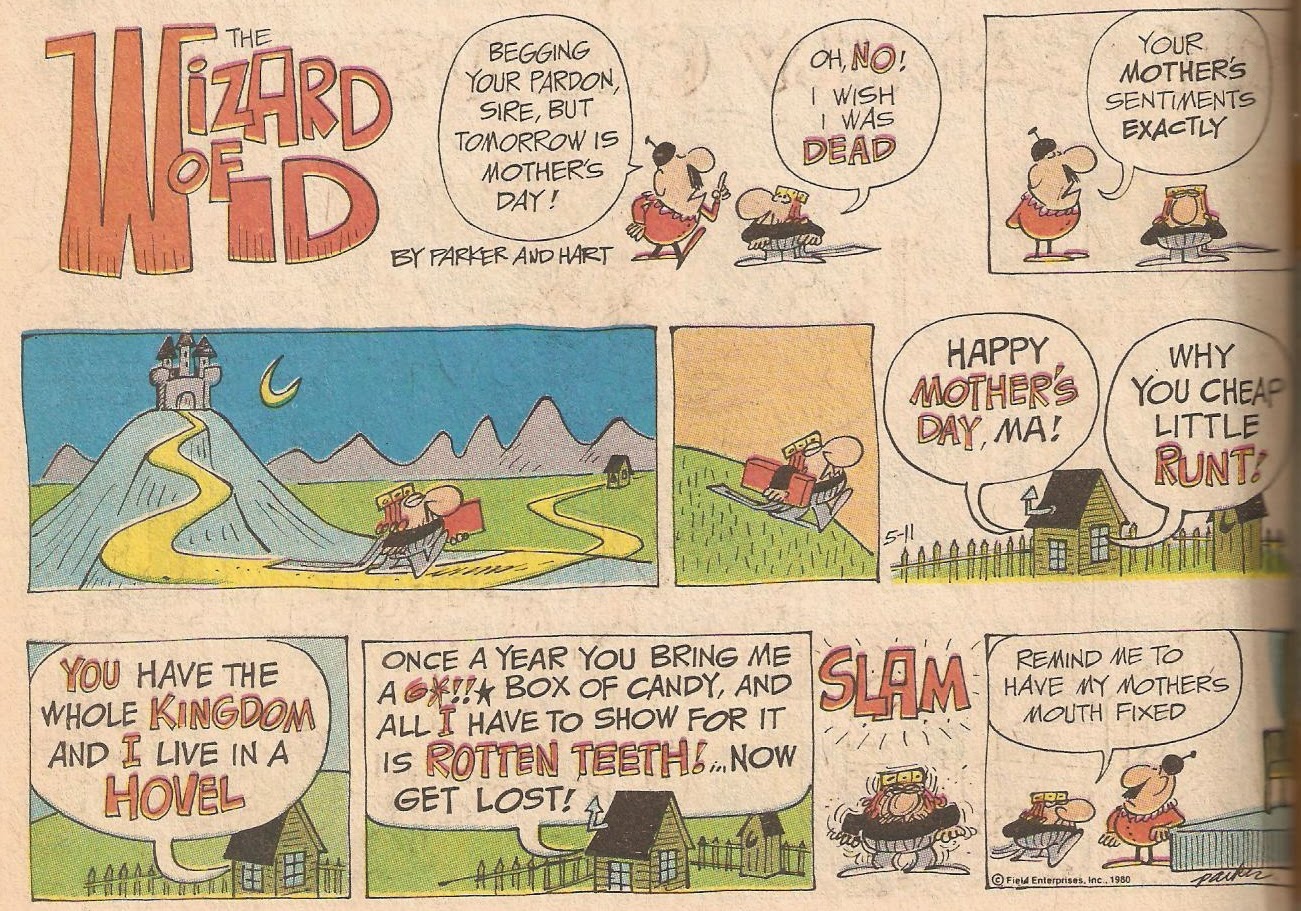 Later, we get the first physical appearance of the King's Mother, who looks significantly different from her later incarnation. 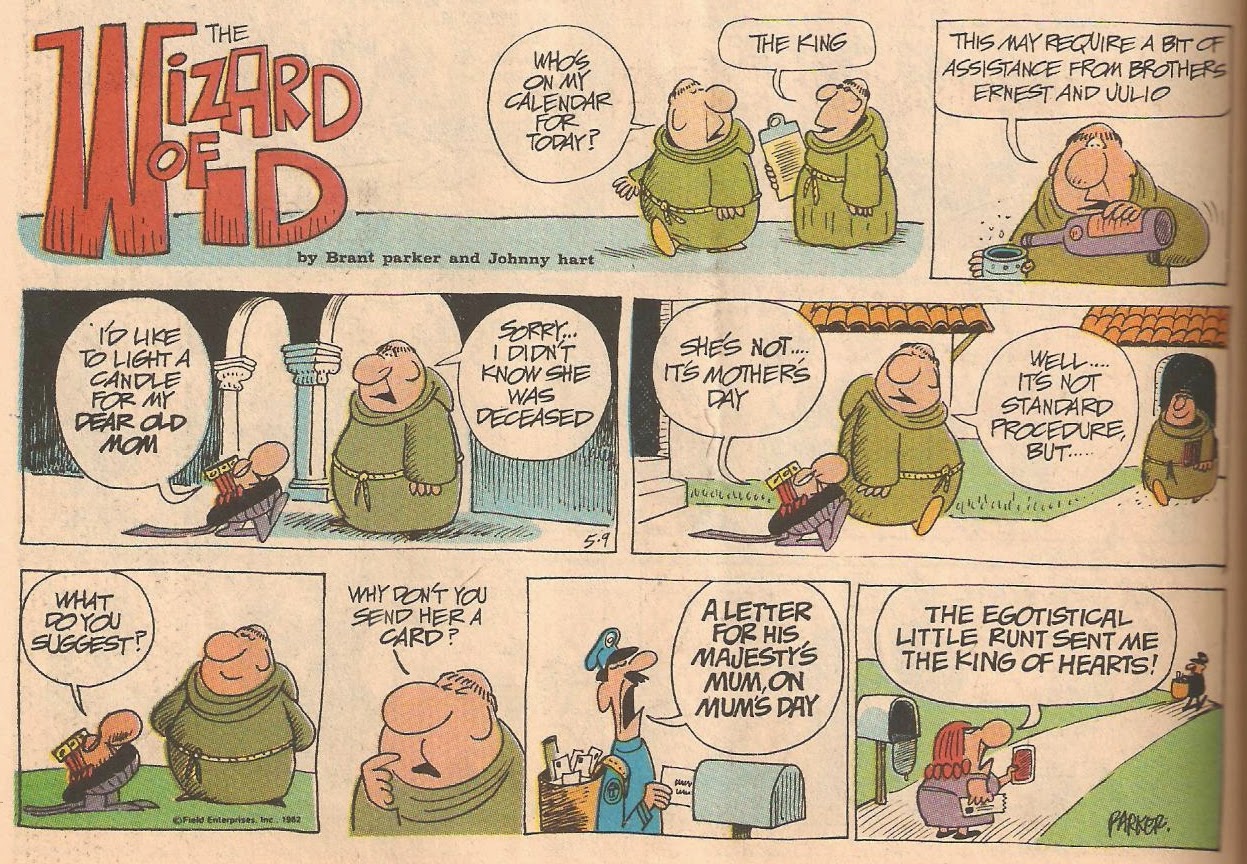 In a rare display of affection, the King goes out of his way to try to put his feelings to paper, constantly rejecting his efforts as he does so.  Enjoy this while you can, because it can't last.

Nowhere is this more evident on a rare occurrence where she shows up on a day that isn't Mother's Day, and the King is an ass to her for no reason other than to punish her for minor infractions, and to display his power over her.  Not much of a punchline here.

With such a toxic relationship, is it any wonder that he views any gifts from her with suspicion? 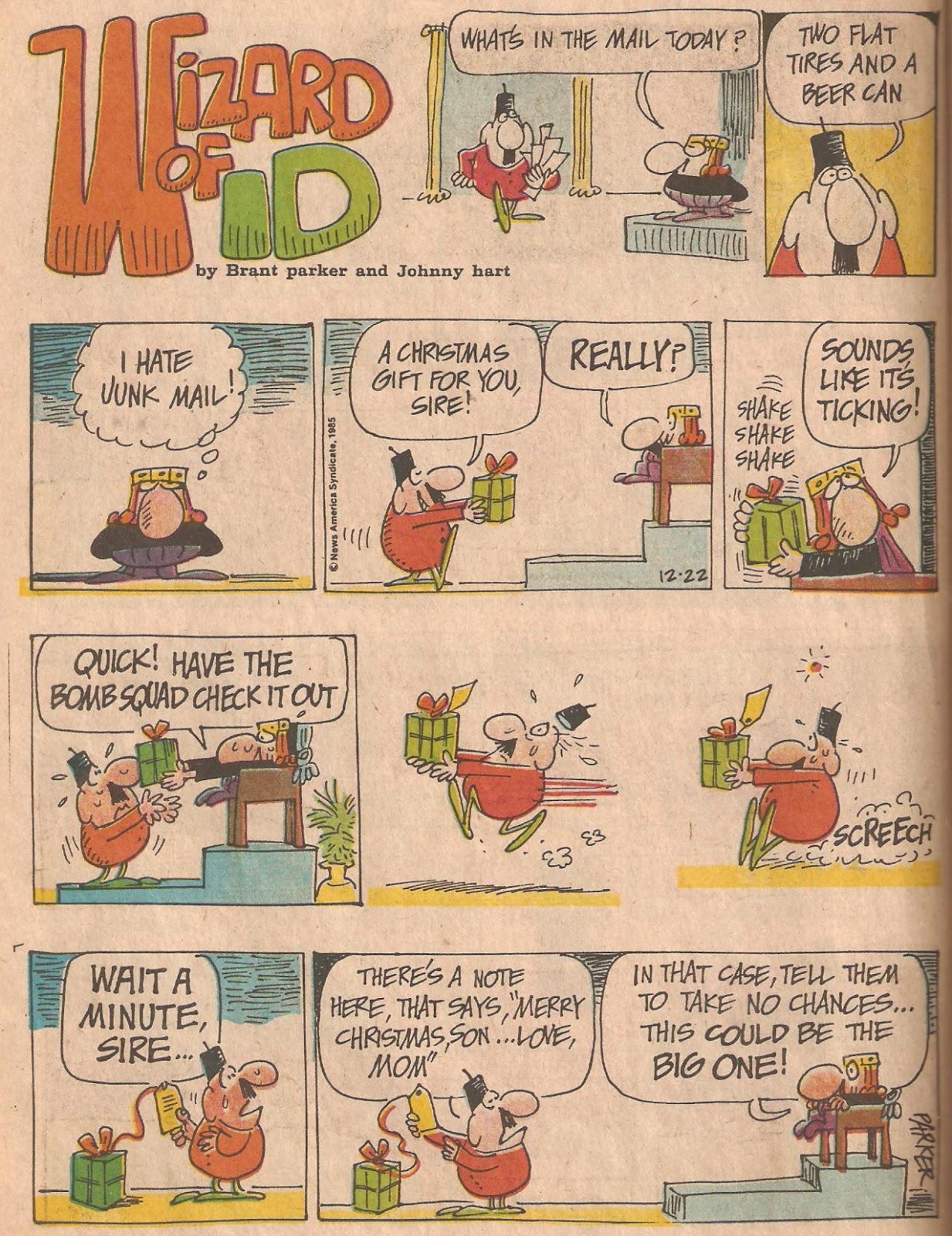 This might be less obvious, but I found another duplicate copy of the King's Speech to his Peasants.  More examples can be found in the link. 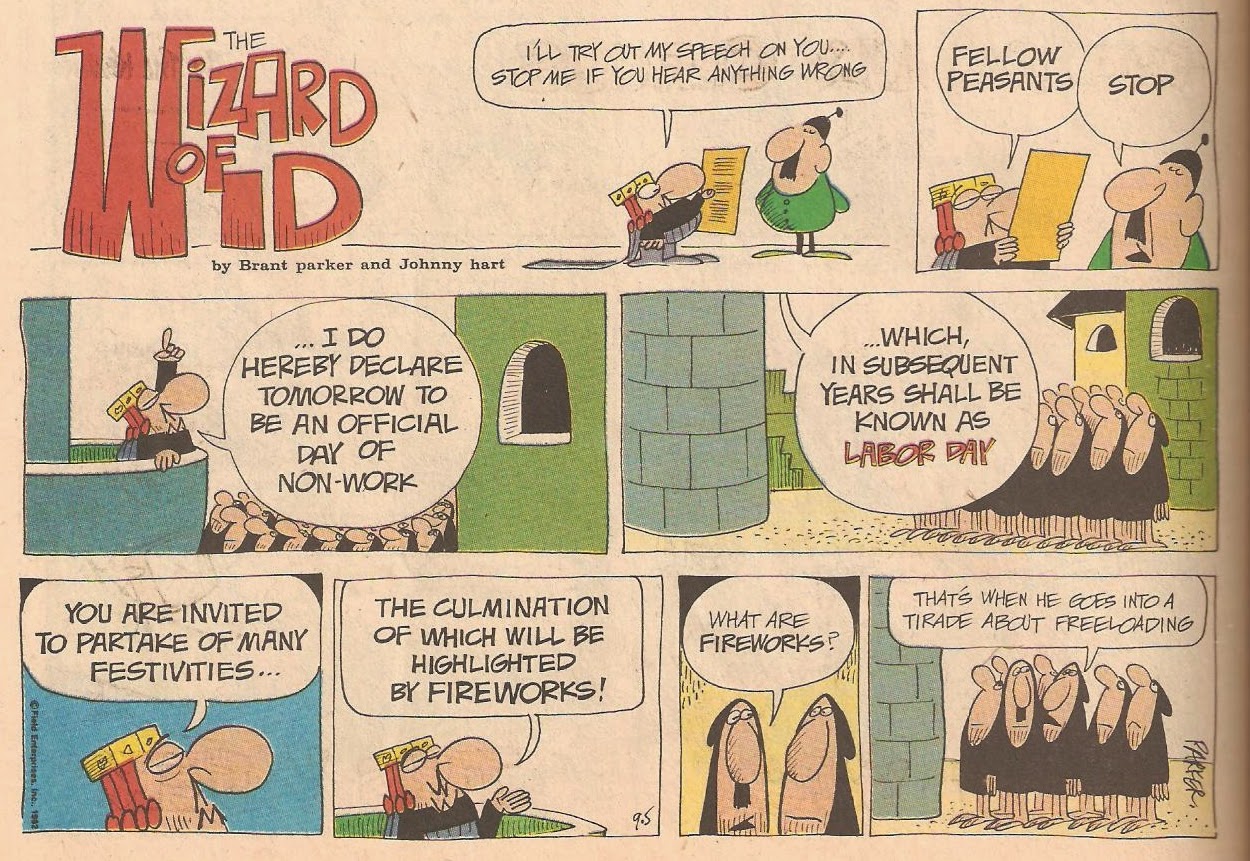 Taking a break from the Wizard, and going onto the realm of cavemen, there's some more samples of the once-traditional Fat Broad's Easter Bonnet. 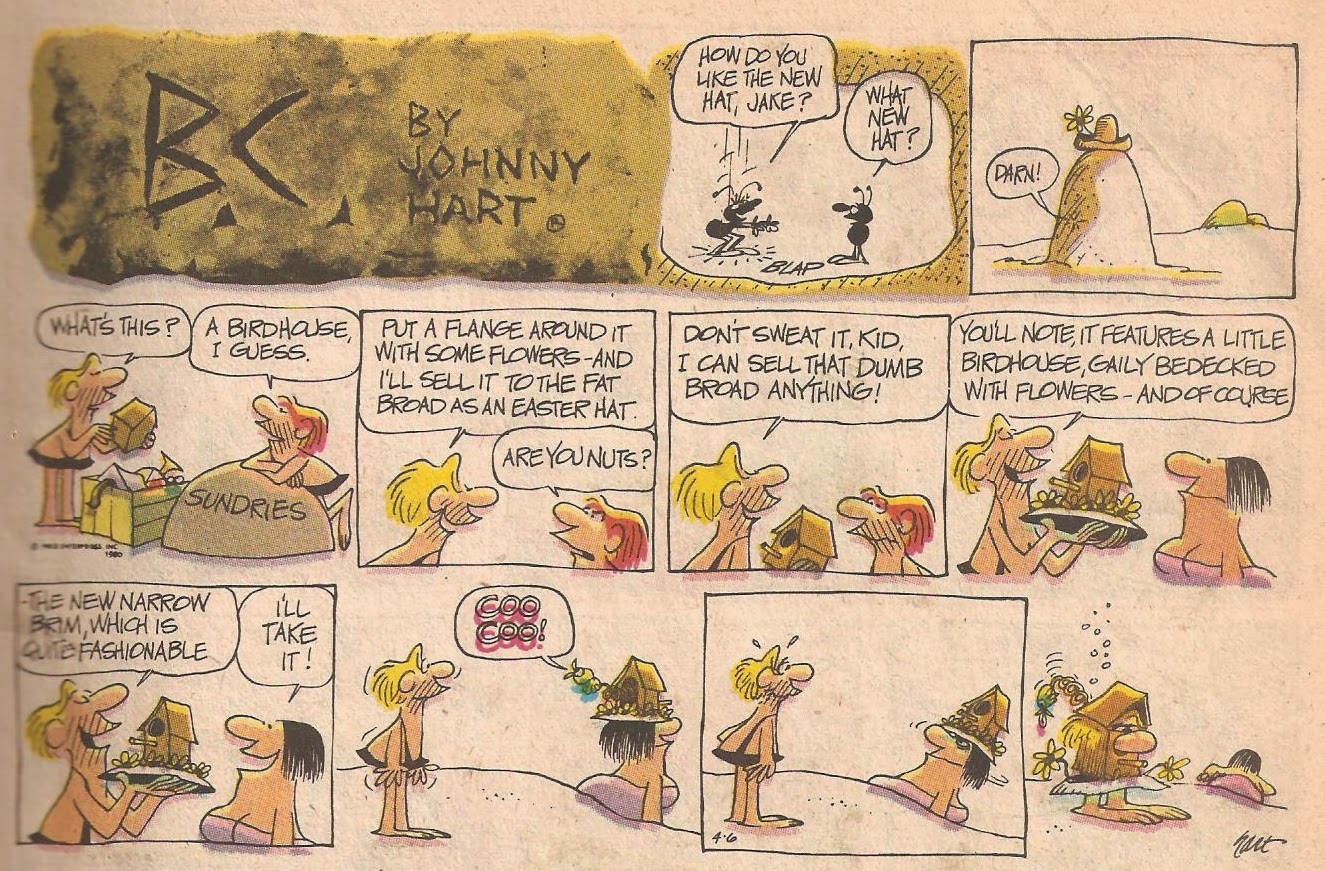 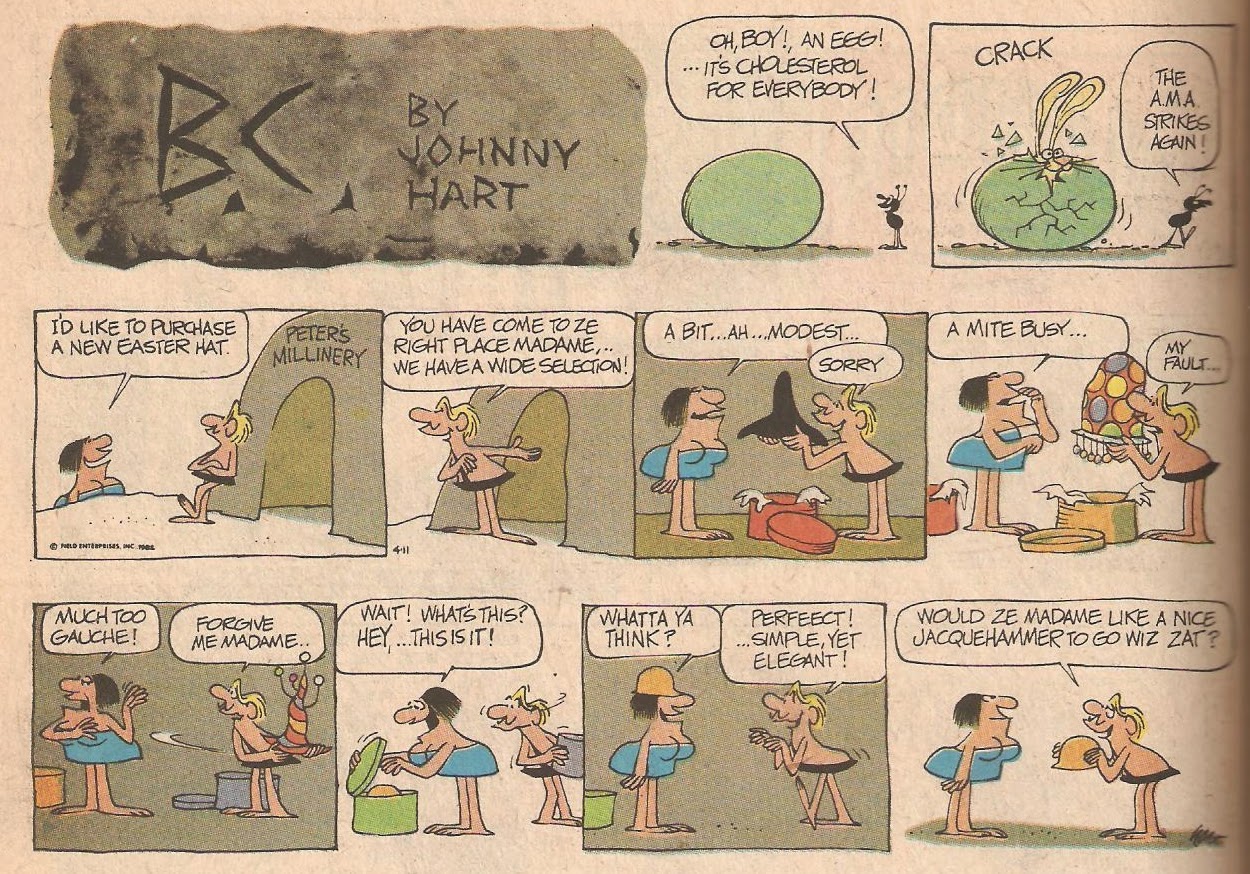 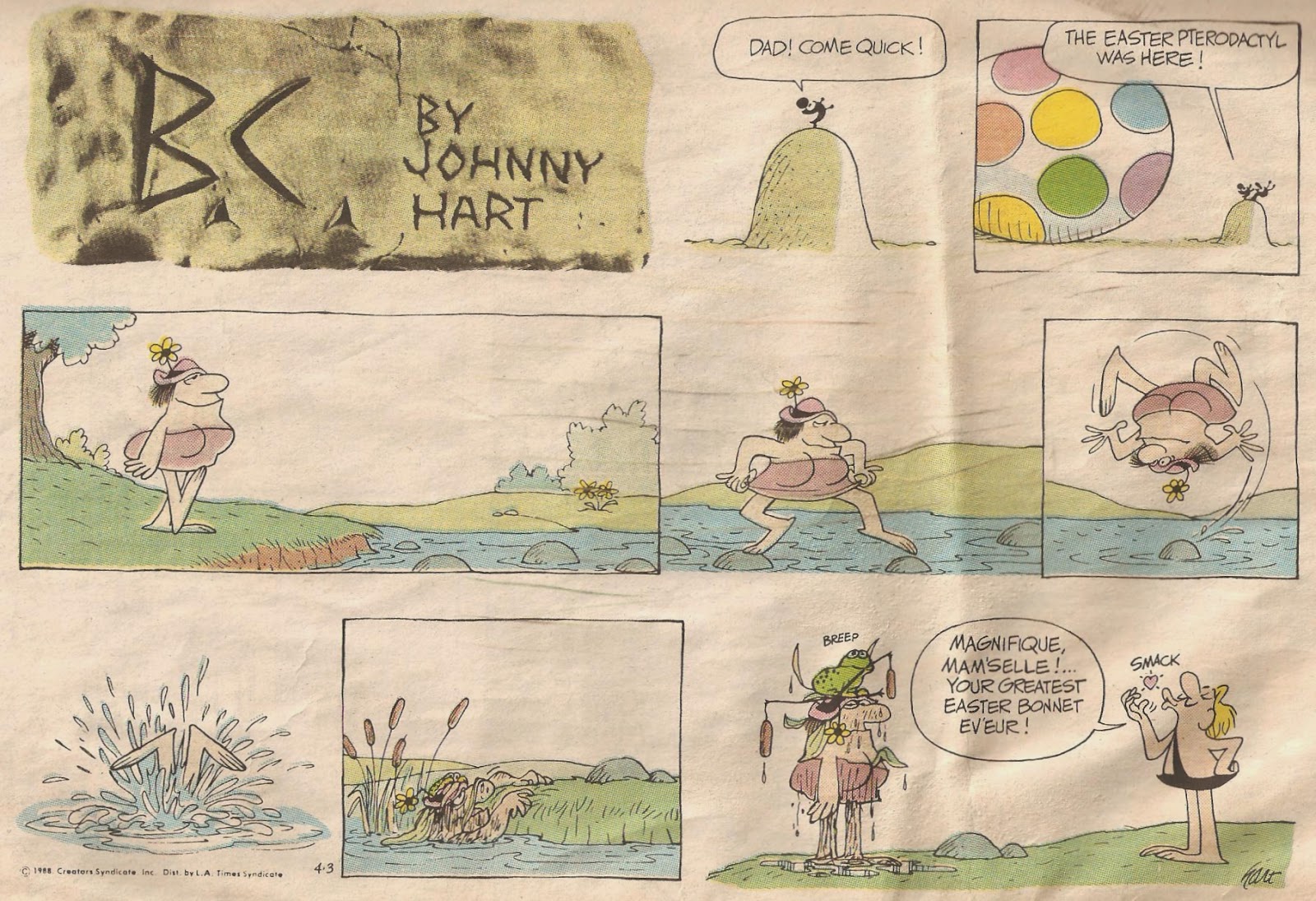 Another fine example of a sterling character no one ever asked to see again - the Snake's Father. 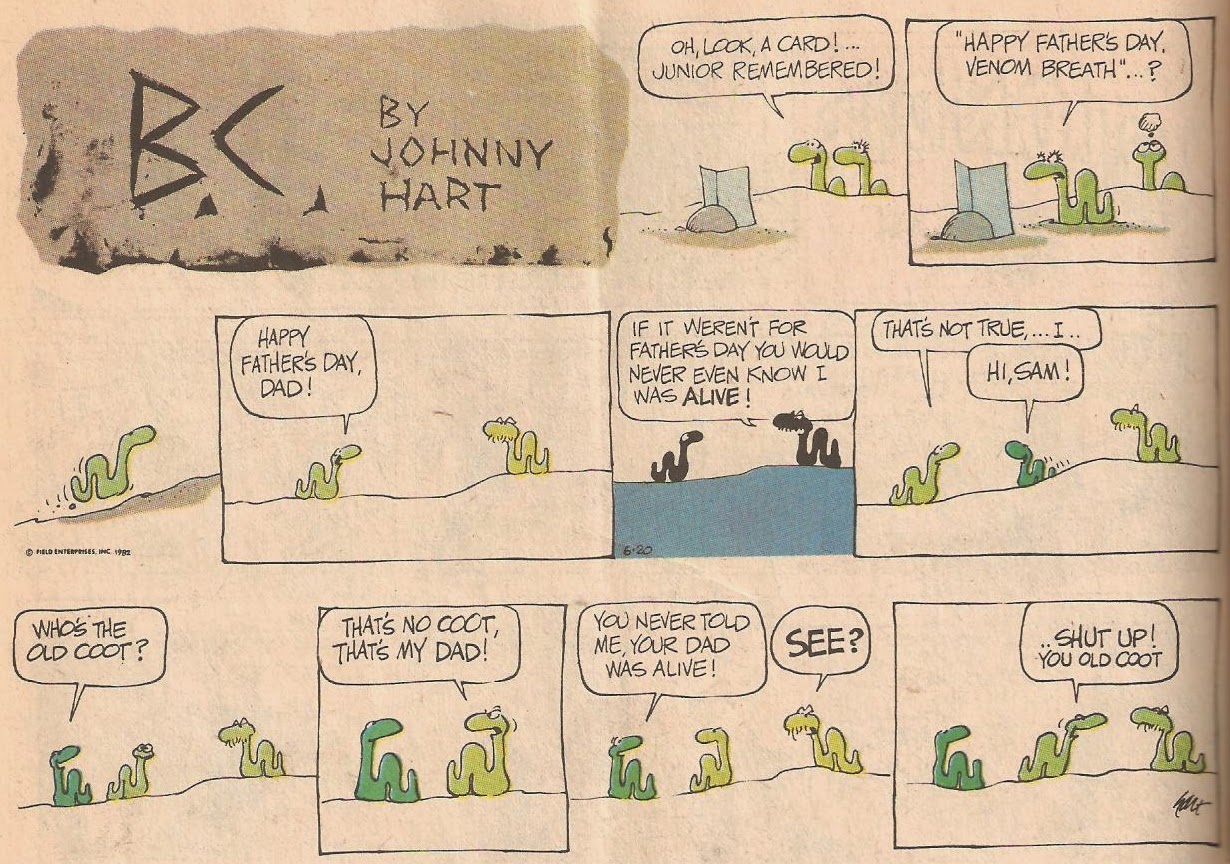 Here's another example of the lost practice of Shoe's sports metaphors / analogies of winning teams. 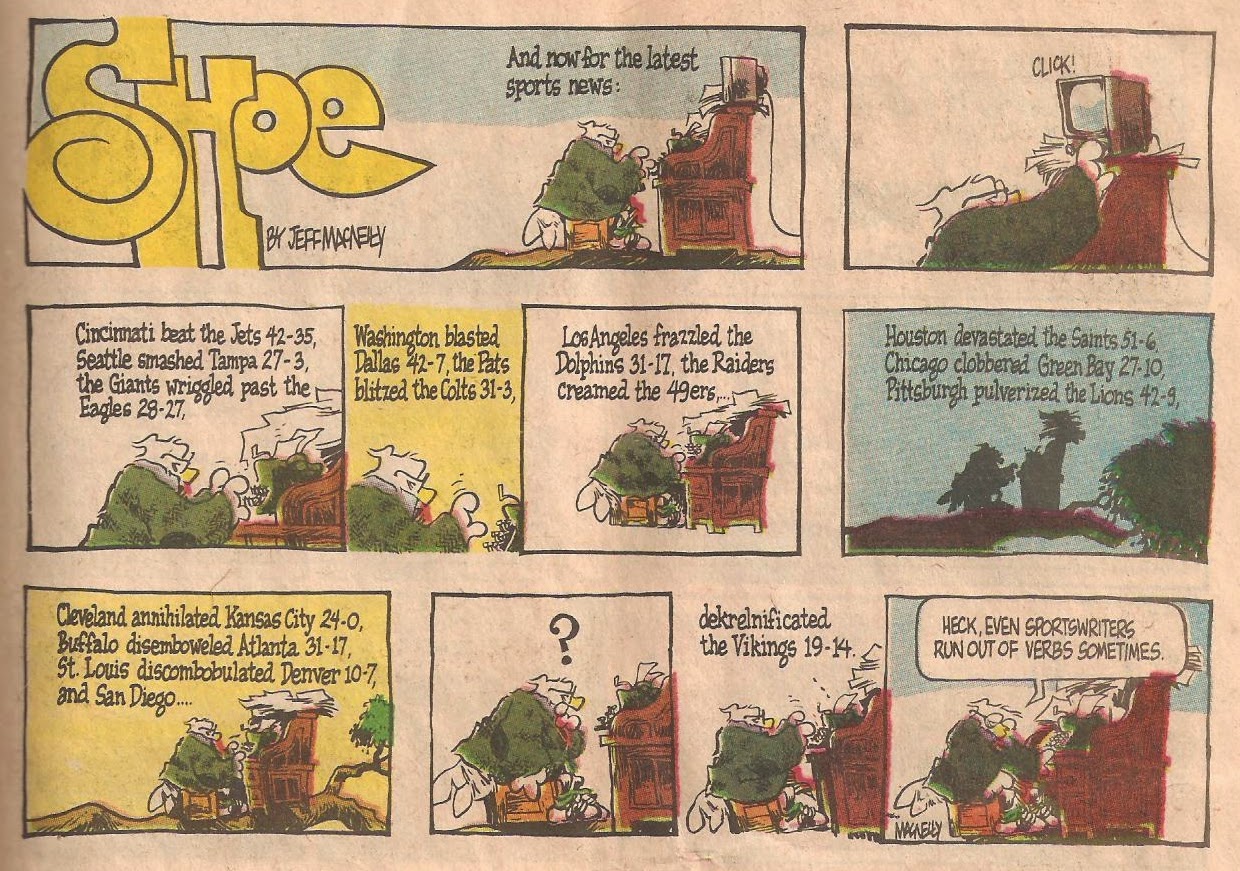 Following that vein is another helpful technique from the bachelor cookbook. 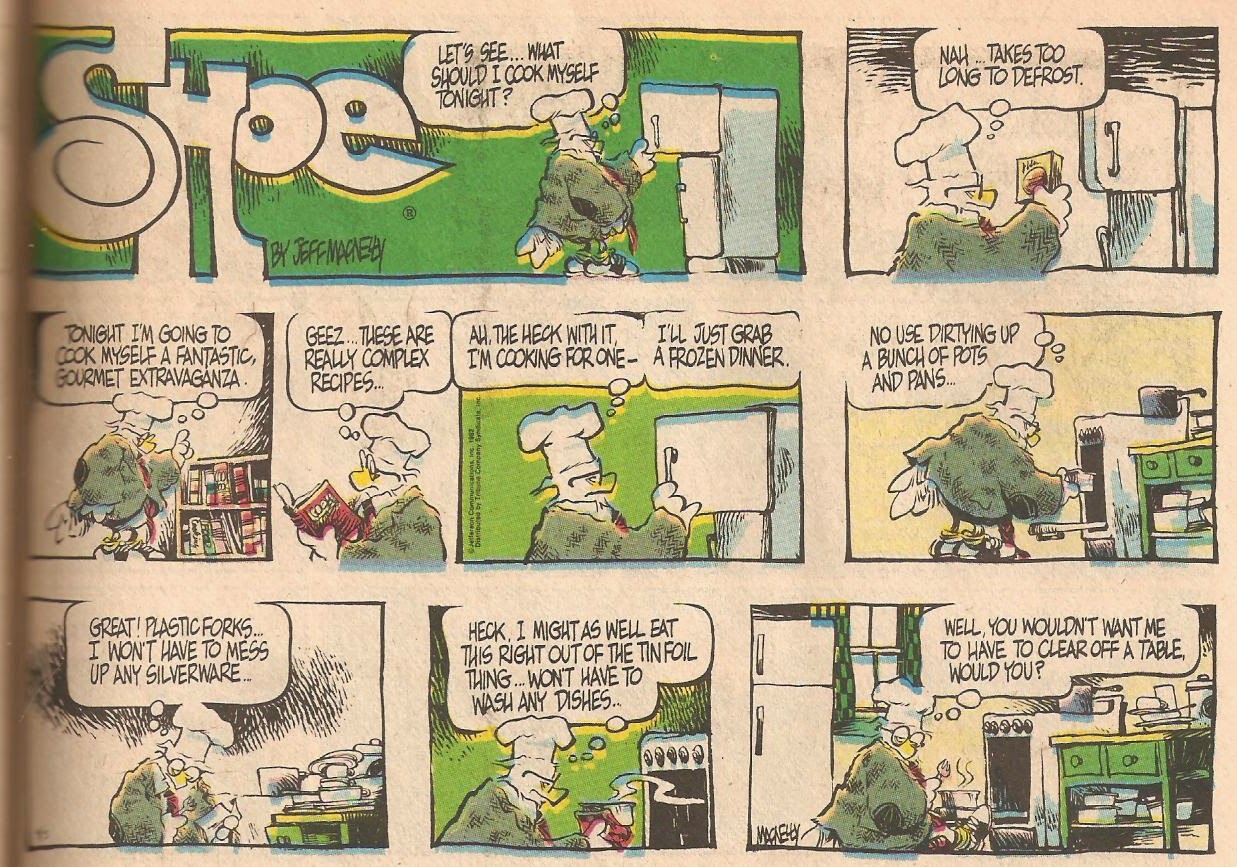 Lastly, just in case you forgot, more proof that Hagar used to live in a Castle. 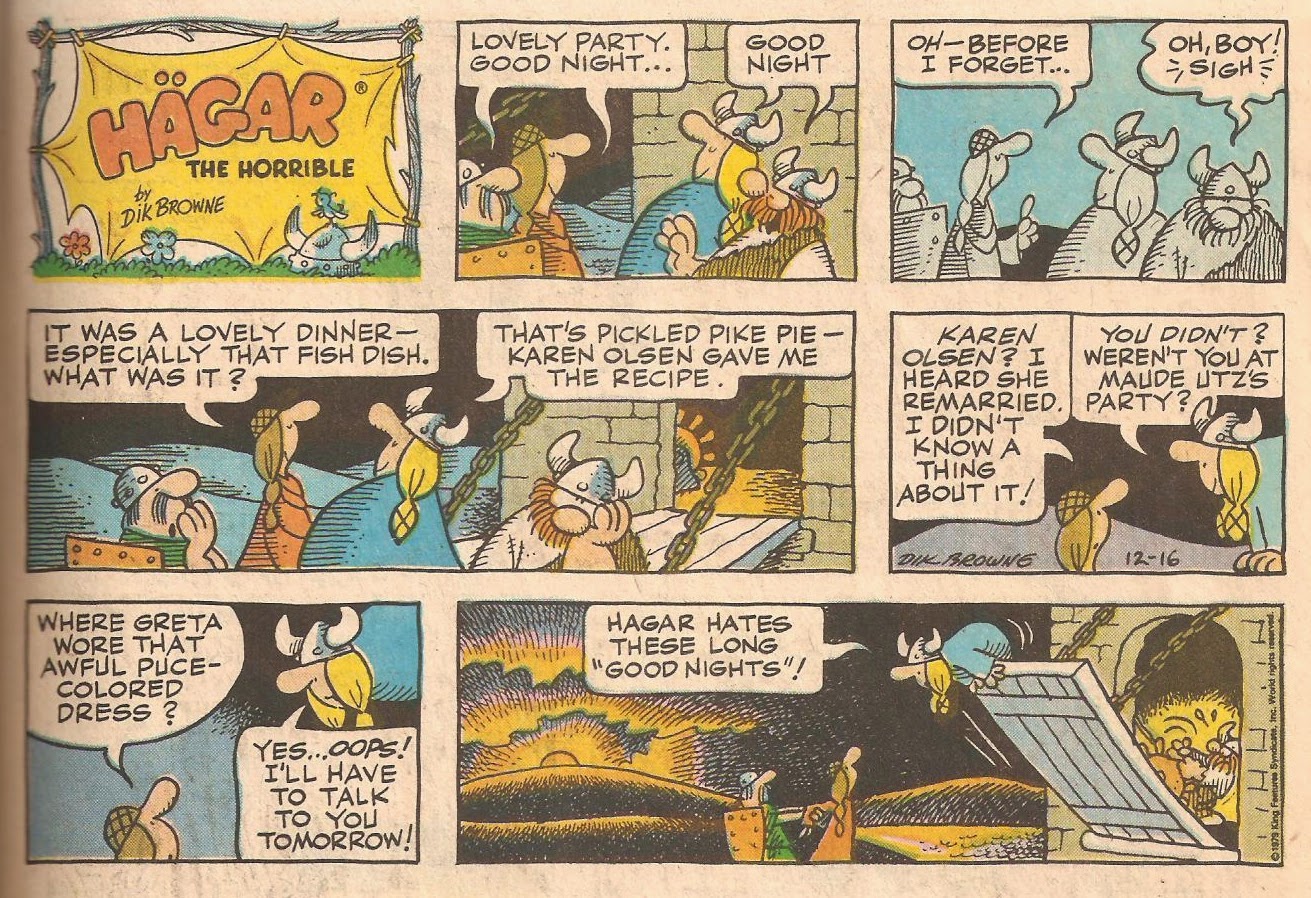