In the last decade that Johnny Hart was working on his legacy strip, he shook things up by paying tribute to his religion by implanting themes of it in the Sunday strip. Some of these were considered controversial, but to me, they were a welcome change of pace (if sometimes baffling), compared to his usual output. Since not every one of his punny comics could be considered a home run, he was allowed to put whatever he wanted on the page. These were more of a mind-bender than trying to figure out a lousy joke. However, until Johnny Hart started blantantly supporting Christianity, he celebrated Easter in a completely different way: 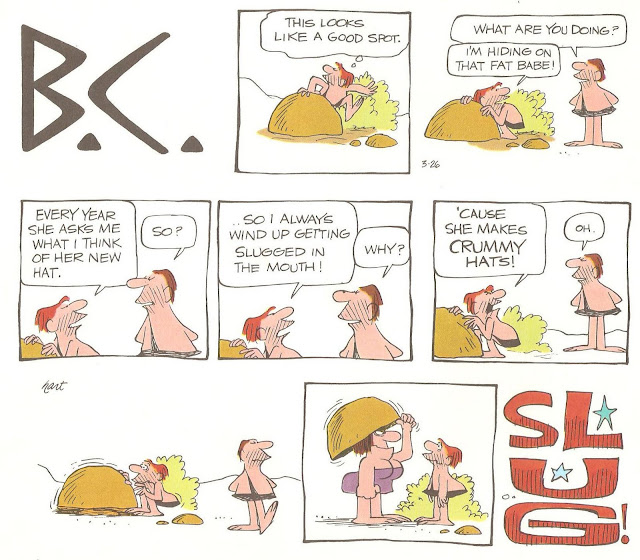 Every Easter, the Fat Broad would don a different Easter bonnet, much to BC's chagrin. Like Lucy & the football, this was Johnny's way of finding an annual way to make BC miserable. These samples were taken from BC Color me Sunday, which had colourized comics, as well as black & white ones. Amusingly enough, my copy has some of the latter coloured in crayon. 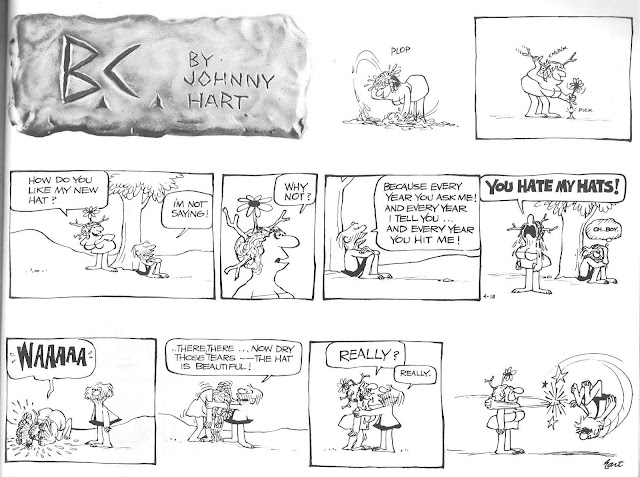 However, this tradition didn't seem to stick as well as Schulz's formula. It wasn't until I saw that book that I noticed that it was thematically similar to two other Easter comics. In those, the Fat Broad had given up on finding excuses to beat BC up, and just went around parading in her various hats, each one as garish as the last. 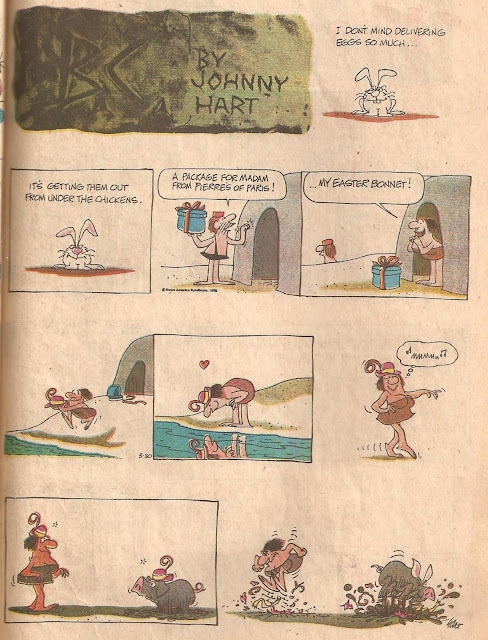 As far as I know, this was the last time she ever wore a hat. It seems somewhat fitting. 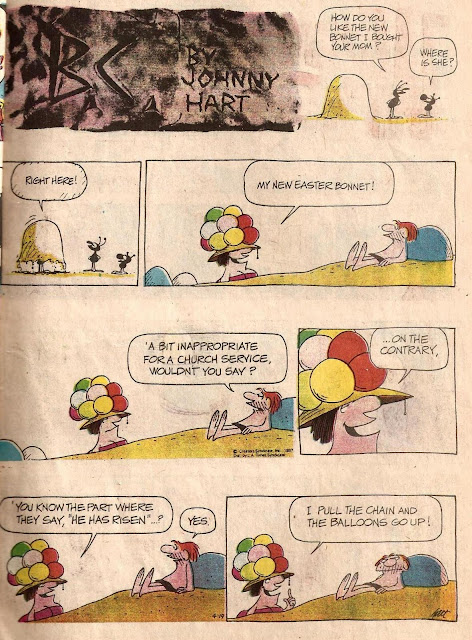