When it comes to portraying romantic love triangles, it usually comes in the form of a bitter love rival between two potential suitors, and their attempts at underhanded methods while showering their affections towards their potential mate.  One interesting thing I found out while reading a book about female bullying is that oftentimes when two girls are fighting over a boy, they're not really interested in the boy himself, but in asserting their power and dominance over who they're fighting with.  Once they've accomplished their goal and reduced their rival to tears and tarnished their reputation, they effectively write off the boy, having no more interest in him since he's served his purpose.

Because girls have been taught from birth not to fight, they've been forced to suppress their instincts and hone them into the realm of talking things out which is "nicer" and "more appropriate".  This often leads to backstabbing and veiled compliments instead of actually saying what they really feel.  In the few instances where squabbling girlfriends broke protocol and actually said what they were so mad about (which is usually over a slight the other party weren't even aware of), the other side is relieved at having an answer to their long-standing feud, and they quickly make up after.

However, in the Kingdom of Id, the legendary knight's interests lean more towards a rival that can't be fought from passive aggressive methods via innuendo and rumour in the Royal court. 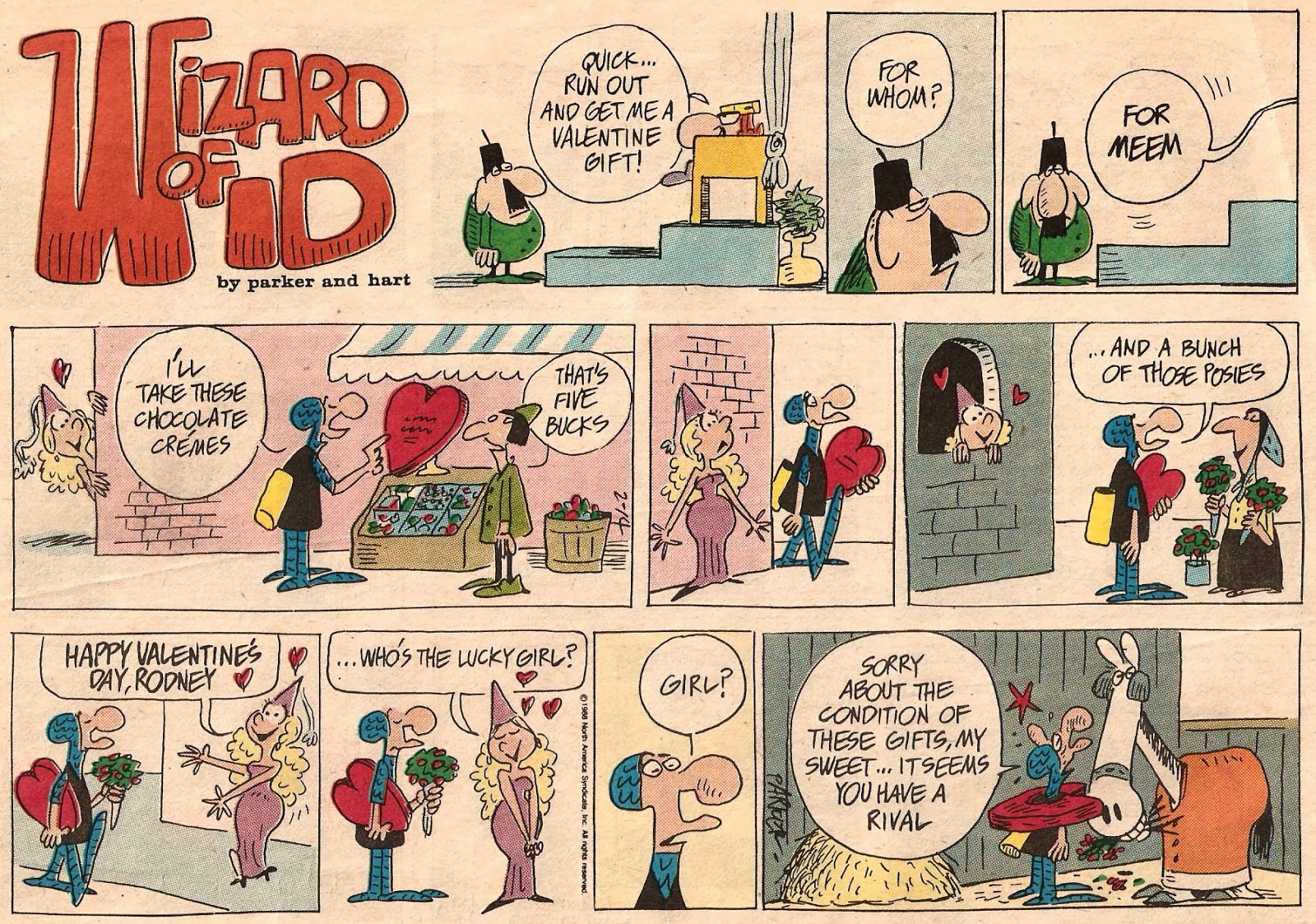 In most instances of a pet in the vicinity of a romantic interest stealing away their master's valuable attention time, the general reaction is one of outright jealousy.  However, there's no such worries here.  His horse seems completely oblivious to all the subtle complications outside of his largely sheltered life.  Gwen is unable to break past the unbreakable and unspoken relationship between a man and his steed.  The modern equivalent which would be the love between a man and his car, which has similar connotations of sexual promiscuity, subliminal suggestiveness and uncomfortable make-out points. 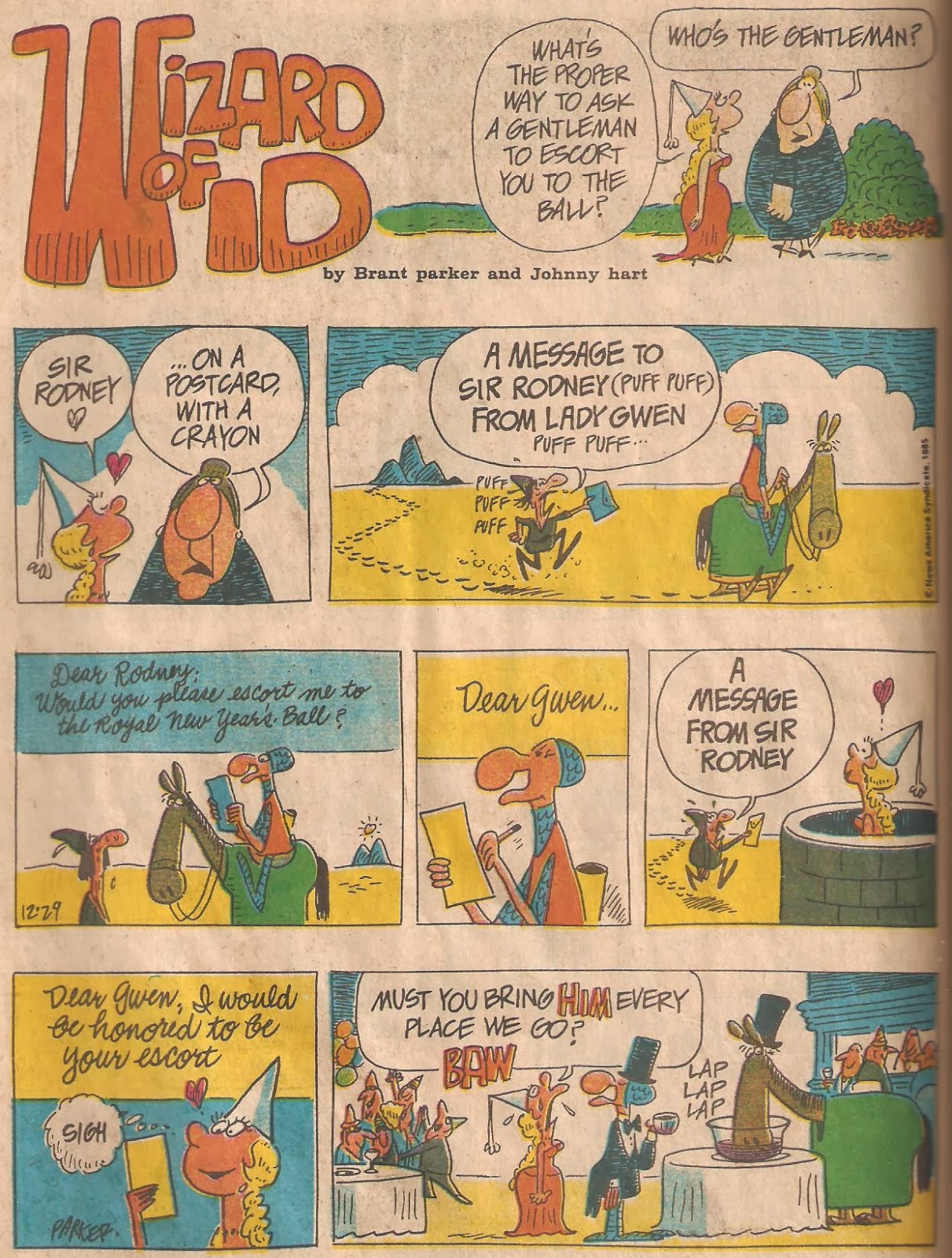 Despite her affectionate attention she devotes towards Sir Rodney, he doesn't even seem to see the downside of not spending time with an actual human being who's interested in him.  This extends even when he's given ultimatums. 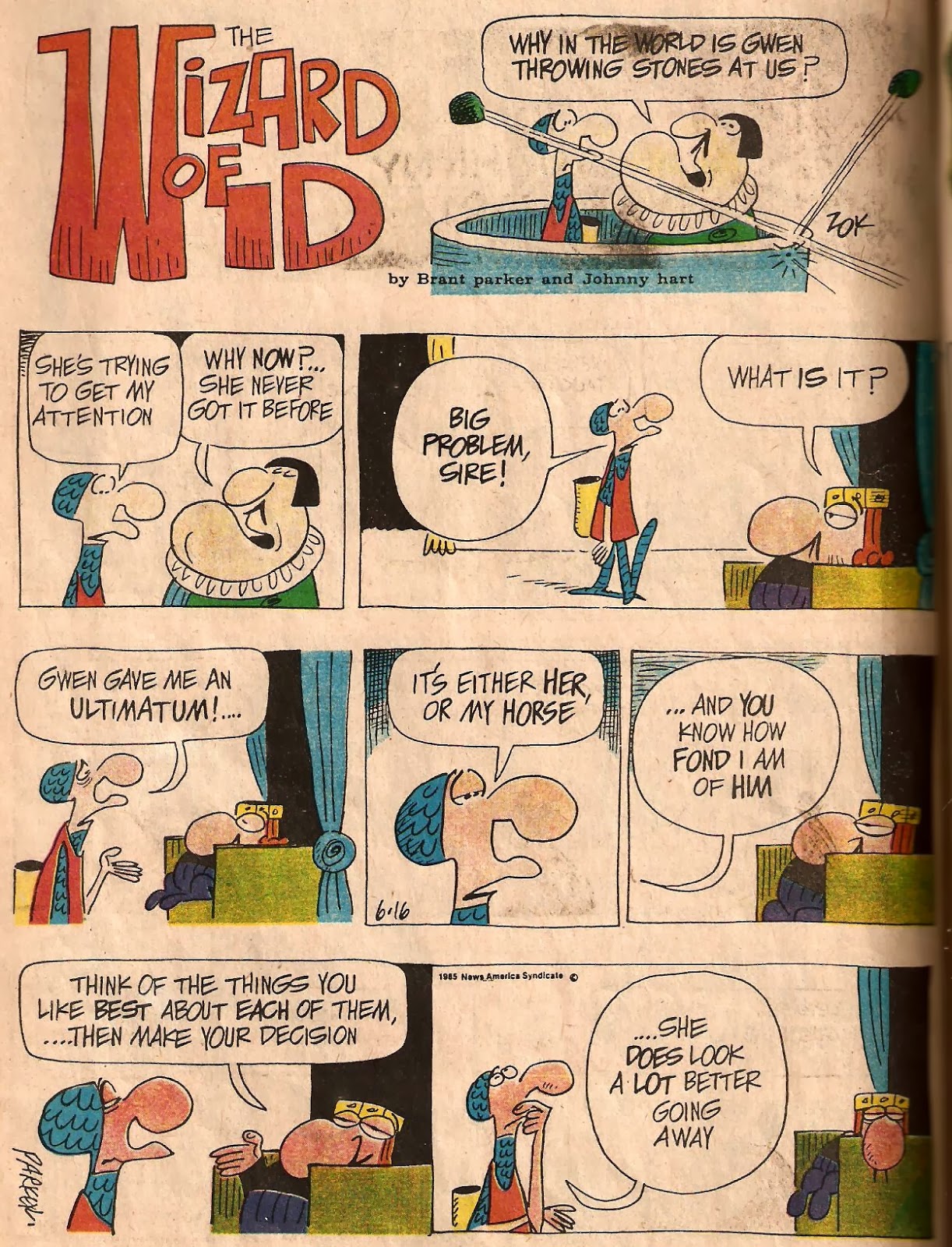 What makes this relationship unusual is how back and forth this level of affection goes.  As long as we're switching sides, I might as well show a duplicate comic just recently discovered: 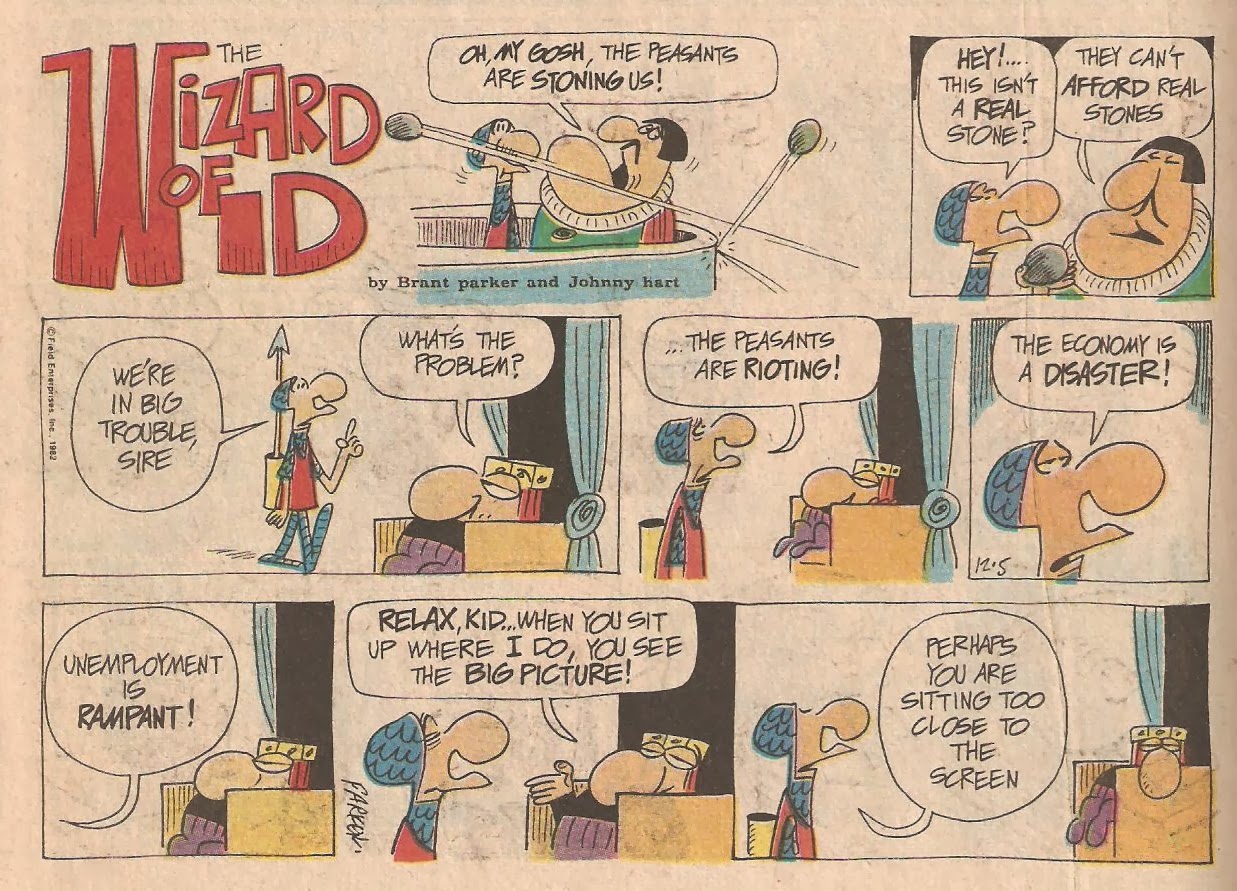 When Gwen is not pursuing her failed amour knight in tarnished armour, he's more devoted to making sure his faithful ride has a freshly sheen coat.  On the flip side, when Sir Rodney is trying to impress the reluctant Princess with his dubious achievements, he comes off as being a lesser prize than the more suitable offerings out there. 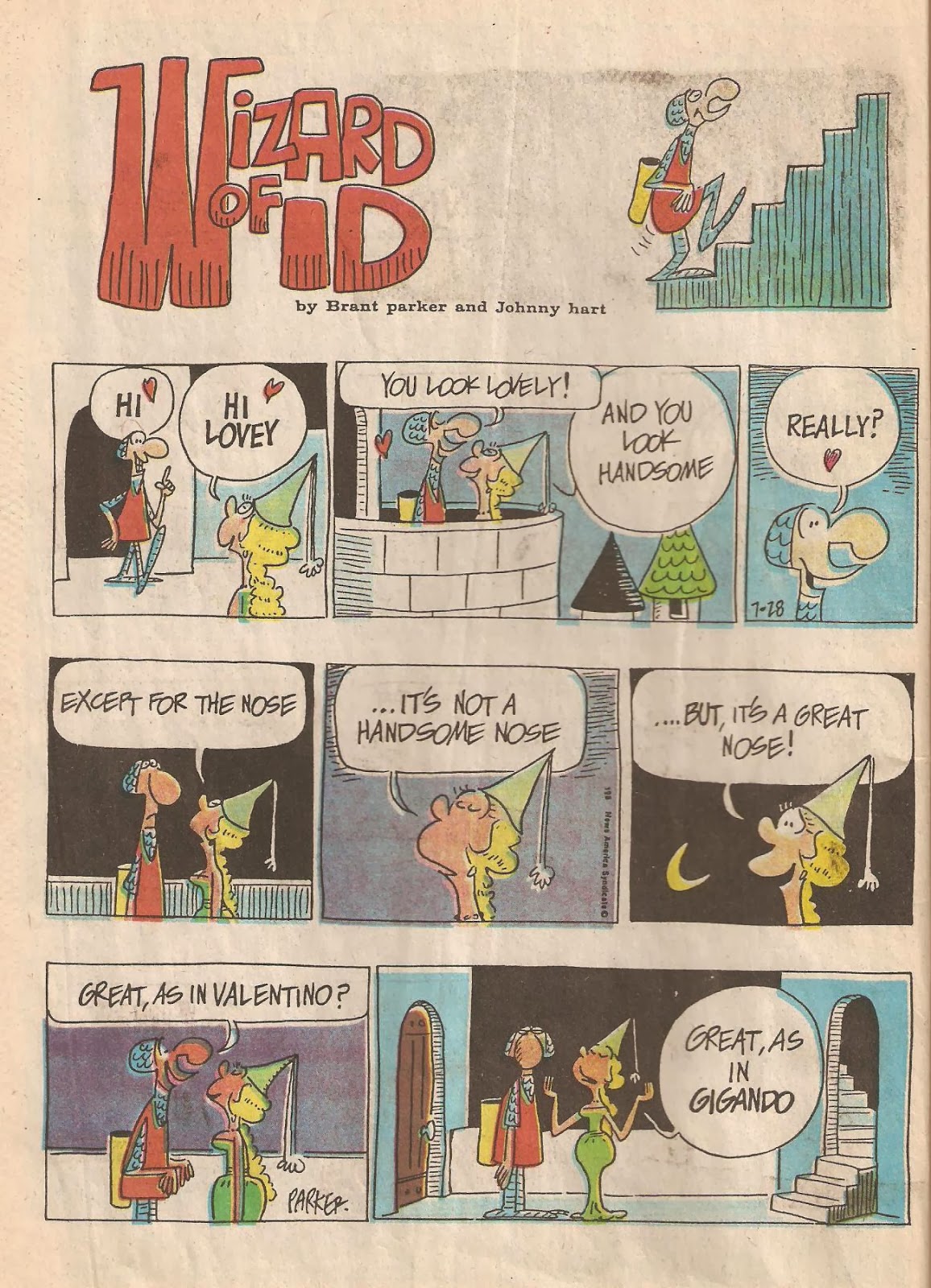 In fact, outside of his cowardly attempts at getting out of suicide missions, his most outstanding feature is the one in front of his face.  One wonders how such a consistent bungler managed to rise above the ranks in the first place to get the attentions of a fair maiden in the first place.  A likely suspicion is that of all the disastrous campaigns he was on, he was promoted on virtue of being the only survivor. 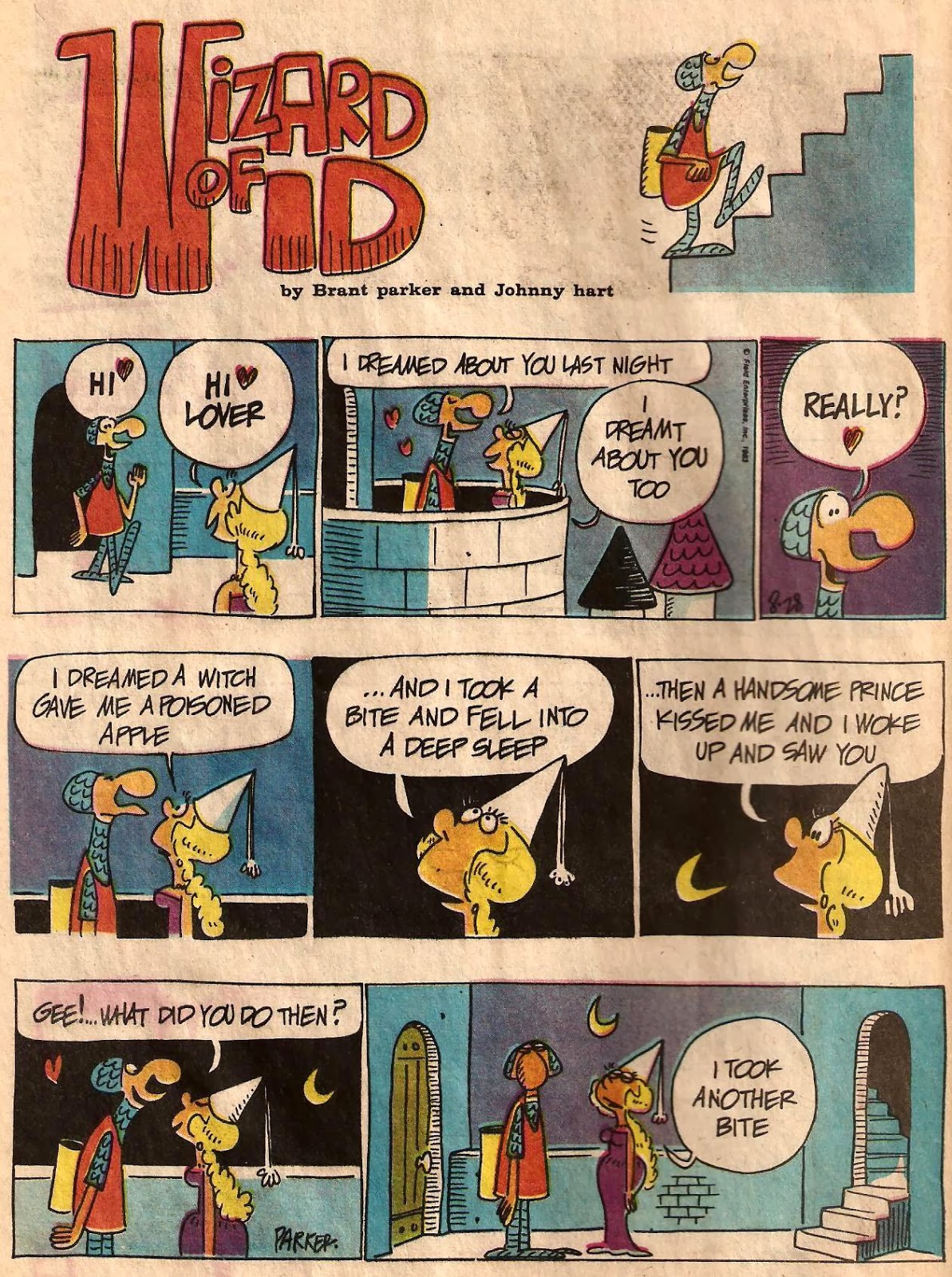 Equally telling is that when given the choice, she'd rather choose to stay in a prolonged coma rather than spend any of her valuable time with her fellow man.  Not once, but twice.  Subconsciously and consciously. 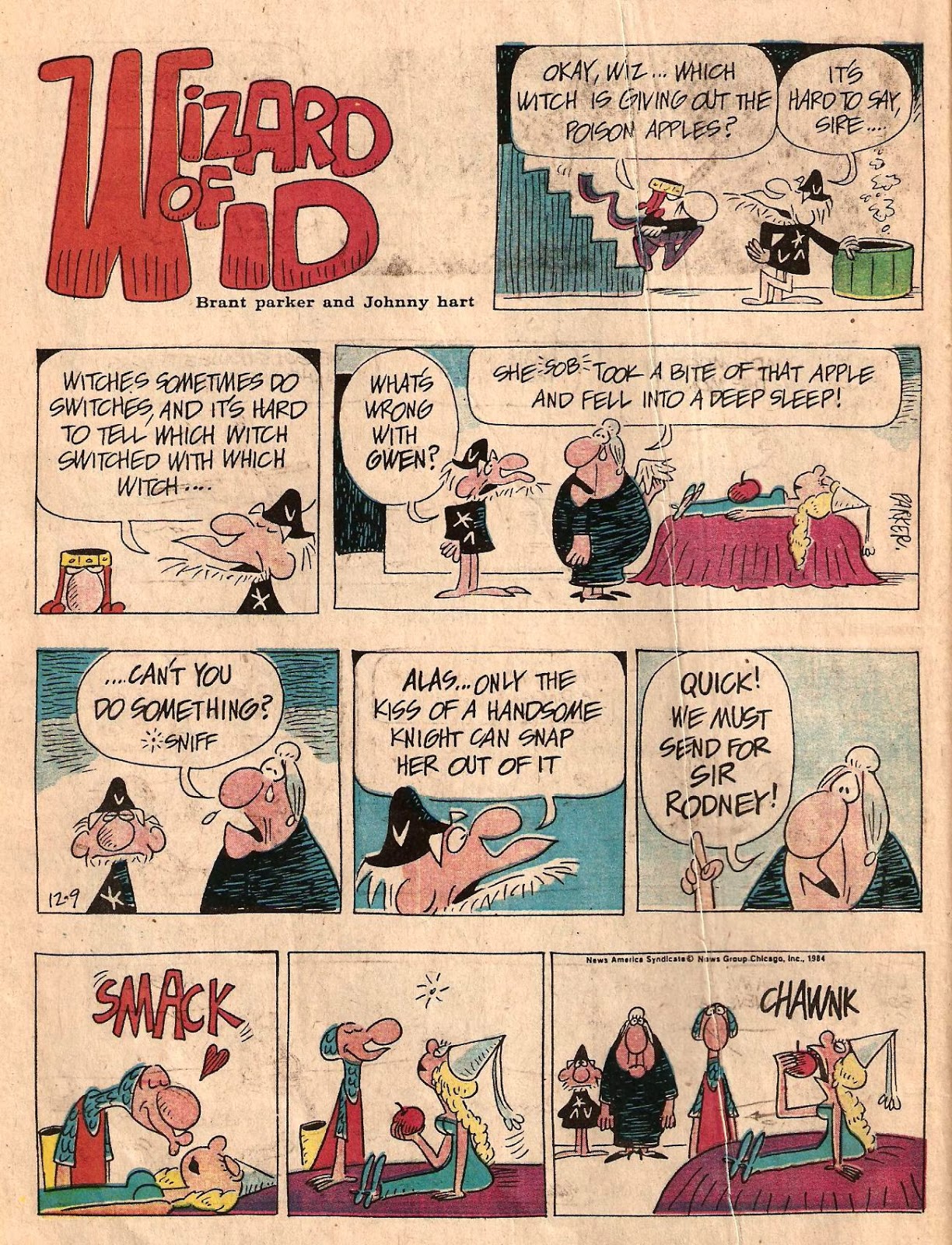 In Westerns, you were permitted to kiss your horse but never your girl.