Near the climax to the second Back to the Future movie, there was a moment of comprehension when Biff Tannen was listening to the radio and realizing that the sports commentor's results were mirroring what was already printed in the Sports Almanac. Rather than focus on the rising tension, I'd like to have some brief words about the lost art of this unique descriptive scoring system. 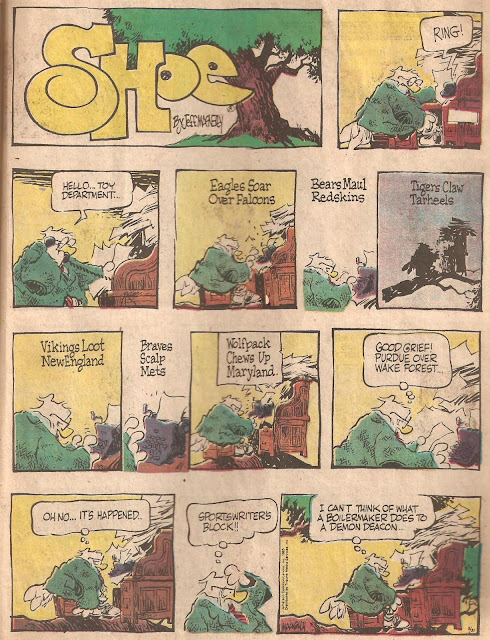 I'm not much of a sports fan, save for the few worthy Sports Mangas out there. (I'm still a big fan of Eyeshield 21) However, I do enjoy a good descriptive passage when it conveys a visual meaning behind the scores, and the teams that're facing off each other. Depending on the configuration, there can be dozens of such possible combinations. 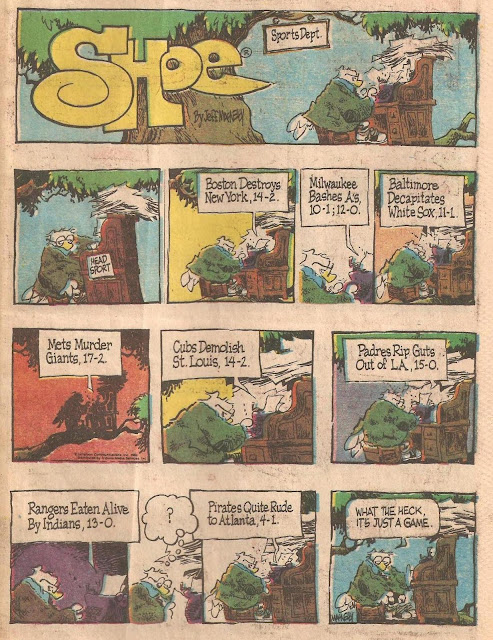 I have no idea if this tradition is still carried on today, but it certainly seems like the kind of thing where you'd have to reuse certain words over and over again after a certain period of time. There's only so many ways we can utterly defeat the other side, and even the entire range of various violent synonyms can only last so long before they run out. Even the Eskimos only have so many words to describe snow, and it's not even really that much. 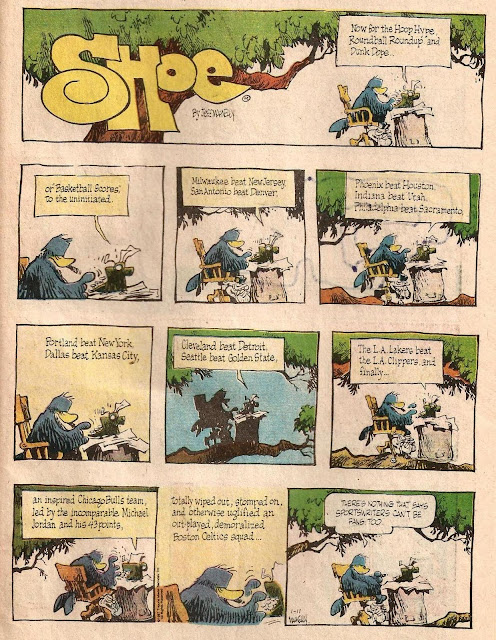