I’ve been cleaning out my excess reams of notes, trying to slim down the excess piles of organized mess that’s been lying around for months, years now.  They’ve been accumulating to such an excess that I’ve been ritually moving these stacks of papers from my computer desk to my bed, with the intent that I’ll look at them later.  Only, because these stacks of paper are behind me, I never look at them long enough before fatigue overtakes me, and I switch them back, and repeat the Sisyphusean process all over again next morning.

Now, the mess has become something that’s become unavoidable to overlook much longer, and I need some way of jotting these observations down, otherwise they’ll become lost.  Some time ago, I made a blog entry showing several instances of how the French language could be mangled, even by someone competent in verse.

Before I jump ahead to the main course, it would be remiss of me not to include this bit of mangled Christmas song from Farscape:

And now, the most notable Poirot Malaphors: 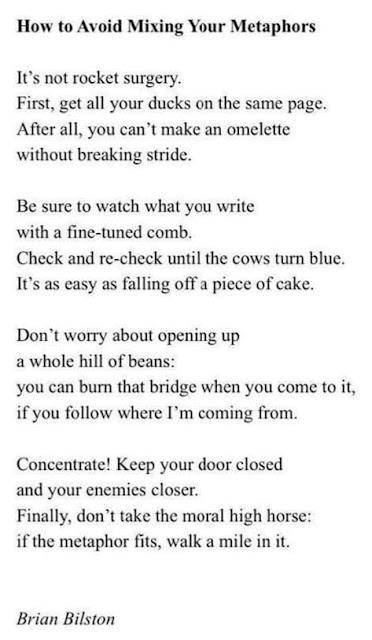 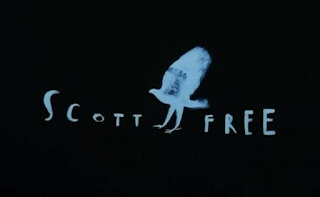 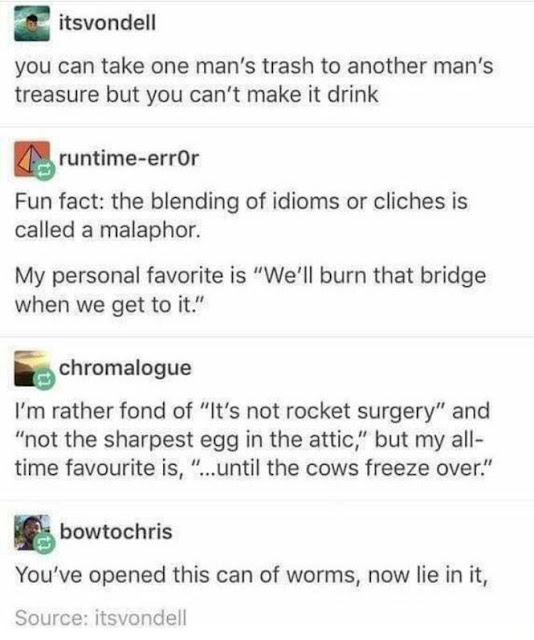 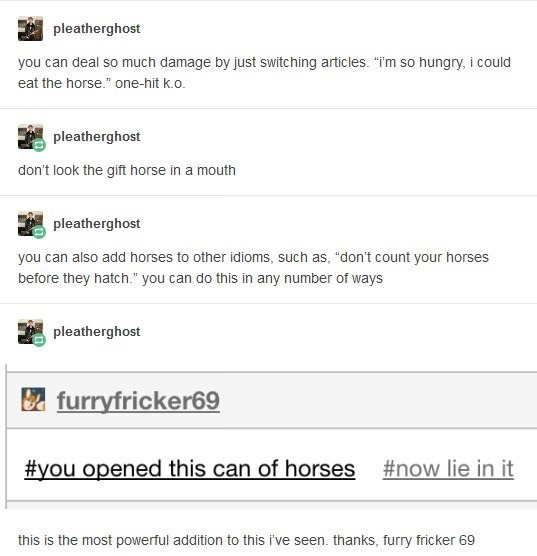 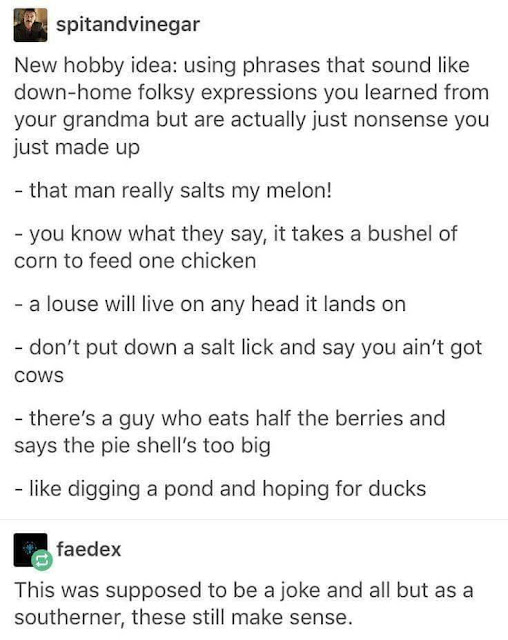 I've been gradually making my way through the archives of my newspapers, filling in the holes in my collective memories, that was under indefinite hiatus due to the pandemic.  As far as I'm concerned, my main interest in newspaper comics ended the day Calvin & Hobbes did.  I continued collecting as long as Doonesbury and For Better or for Worse continued, but my diehard obsession was on the wane as the quality of remaining comics continued to decline, their heyday having plateaued long ago.

Still, while scouring through the remaining months of 1995, I came across an unexpected story arc, which gave one last gasp of creativity.  With Bill Watterson's impending retirement, it passed completely unnoticed, but looking back at it now, I wondered if it was paying tribute in terms of ambition.

It started off perfectly innocuously enough with a one-off strip that had no follow-up the next day. 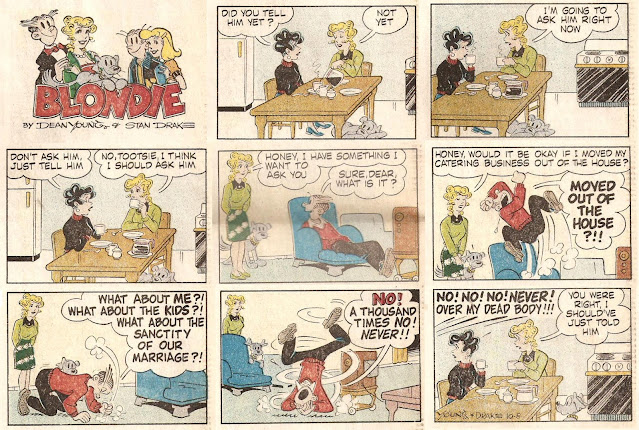 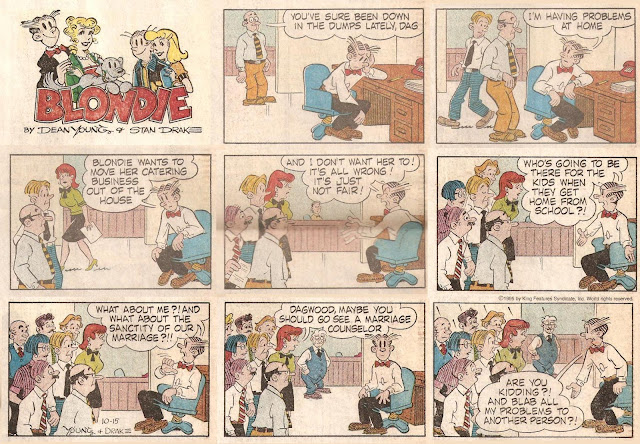 So, after the first week of drama of trying to get used to the idea of Blondie moving out, the decision is made to go see a marriage counselor.

Here's an example of the dailies not acting in concert with each other.  On Wednesday, Julius makes the implicit presumption that Dagwood's job takes priority, but the very next day, says that he needs to focus on his family instead. 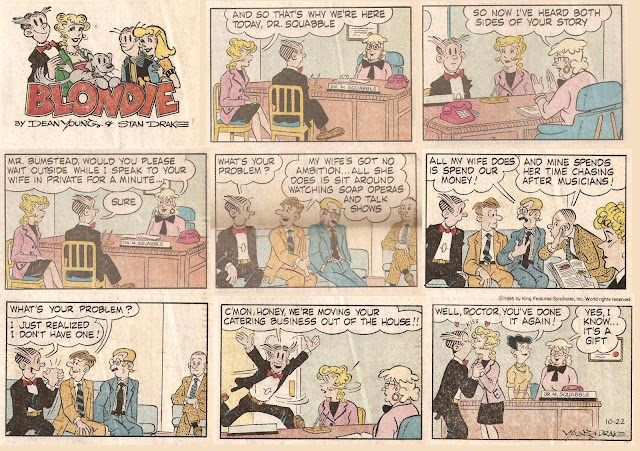 By now, a certain rhythm starts to settle in.  Each week tackles a single dominating topic that is then concluded on the Sunday page.  For anyone whose papers only held one and not the other, there would be the general sense that some story was happening when they weren't looking.

With the threat of Blondie moving her business elsewhere no longer looming as large, effort goes into actually finding a place to conduct said business.

This is a not-so-subtle allusion to the brief window when Dagwood quit his job to help out his wife's Catering, but apart from fanatical long-term readers, who would remember? 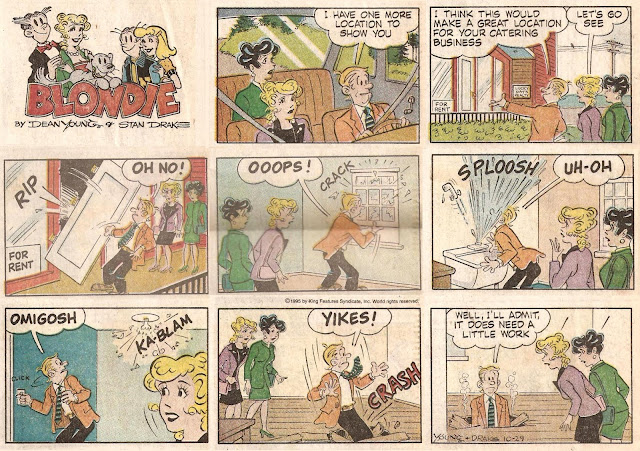 So, having found a nice fixer-upper, Blondie is faced with her biggest hurdle yet... Bureaucracy. 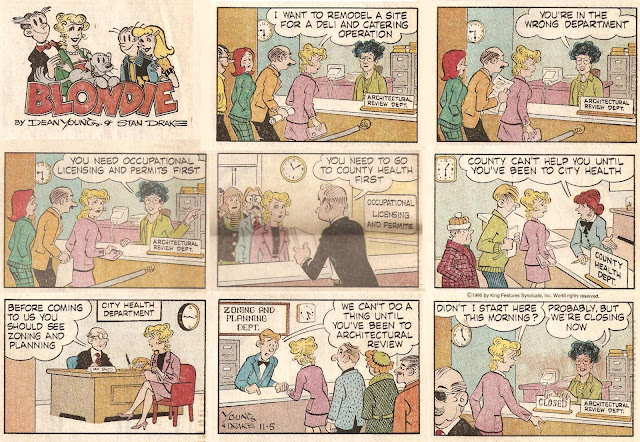 To get an idea of how intimidating a hurdle this is, this seemingly simple conflict isn't resolved this week. 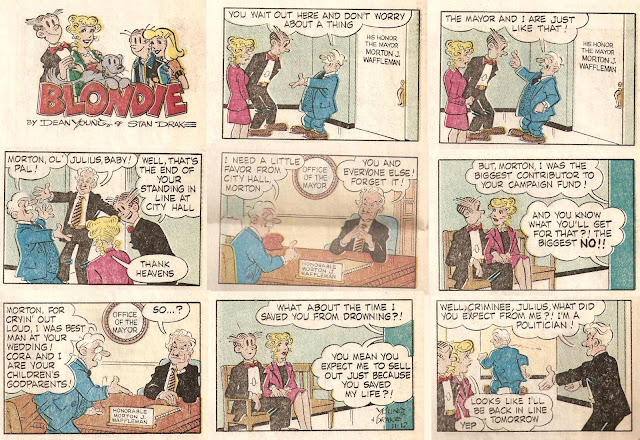 As much fun as it would be to continuously navigate the perplexing navigational highway of a Kafka Komedy, that's not what Blondie is about.  The matter is soon settled, and Blondie can move on to the next obstacle... reconstruction and endangered species. 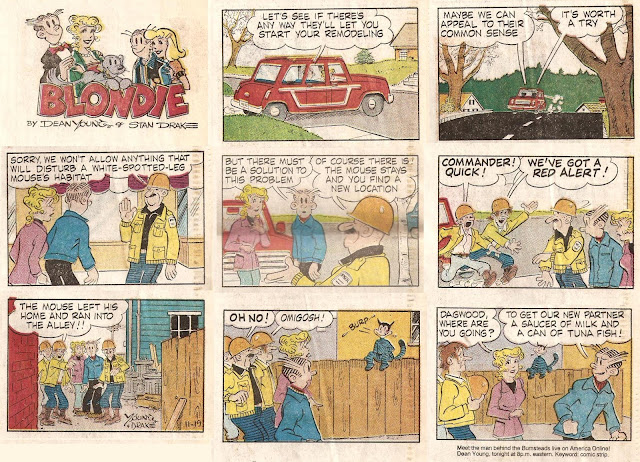 Well, that's one way to solve a problem - just have Krazy Kat do an uncharacteristic cameo for you.  Somehow, I suspect this wasn't very popular with the ASPCA.  There's also a note in the margins for meeting the comic creators, Dean Young on America Online, with the keyword, "comic strip".  If anyone happens to have this specific video recording stashed somewhere in their VHS collection, feel free to share.

One unorthodox tradition that was unknown to me was that after teenagers help with a moving, it's customary to serve all who participated with celebratory pizza.  I've never seen this celebrated, either in media or otherwise, but this comic which occurred on November 23rd may be the closest thing to representation. 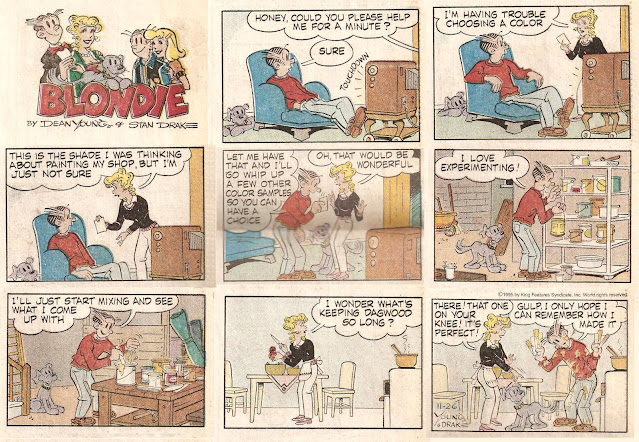 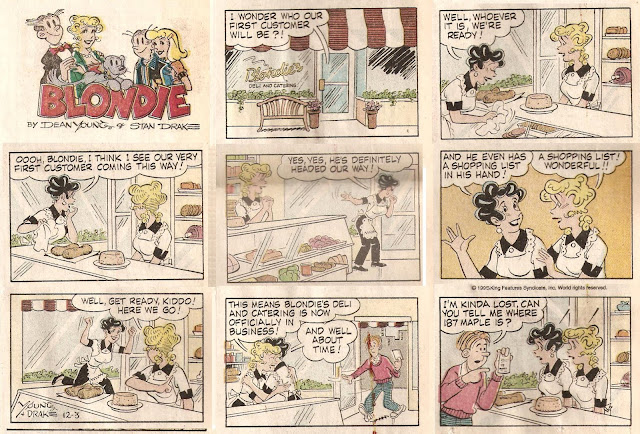 And that's how Blondie went from being a home catering service to a Deli and Catering Service.  After this, the next two days are filled with filler, and there's no further mention of Blondie's, until the arrival of Friday's strip, which gives a fairly solid conclusion overall:

Well, Dagwood shouldn't really complain.  Who is the strip named after?