Archie out of Context

I’ve recently discovered the glory and perverse fun that is Archie out of Context. This is equivalent to the guilty pleasure of SuperDickery and unintentionally sexy covers. There's scenes of child abuse, slash pairings, double entendres, lingering liquids, X-rated movies, outrageous statements, and the truly perplexing.

The funny thing is that these wholesome comics have some risique elements that wouldn’t be obvious to the target audience. It’s only when you read the actual comic in question that you find out that they’re actually pretty tame and not as scandalous as you would believe. Revealing the story behind the panel drums up interest in what could potentially motivate these characters into such compromising positions? It’s like those “falls down on girl’s breasts” theme in Harem Manga squared. There’s a perfectly reasonable explaination for it, but it’s really complicated.

For an out-of-context Archie panel to work, there must be several things working for it:
Since I’m not as obsessed with S-heroes as other comic bloggers, and prefer different comics that mainstream audiences are likely to enjoy, this is something I can contribute to with full knowledge of the subject. Hopefully, the Archie corporation won’t object to this in the same vein that they removed Slightly Improved Archie, which resulted in closing the site down. My favorite is still Jughead struggling to close a door against an elephant trunk and screaming, “REPUBLICANS!”

Although Betty’s been portrayed as being something of a psychotic flake, Archie’s pretty nuts himself. 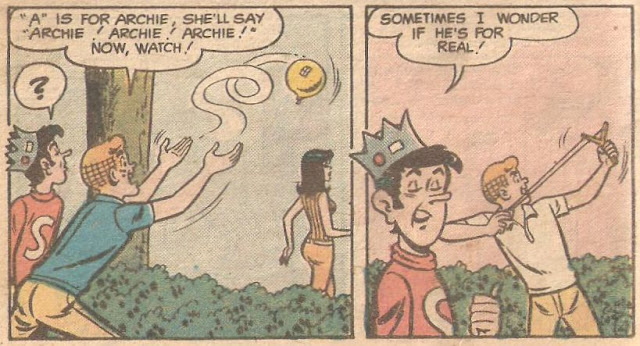 This puts the Jughead / Reggie rivalry in an entirely new light.

Jughead looks very nervous about what Coach Kleats has in his locker.* 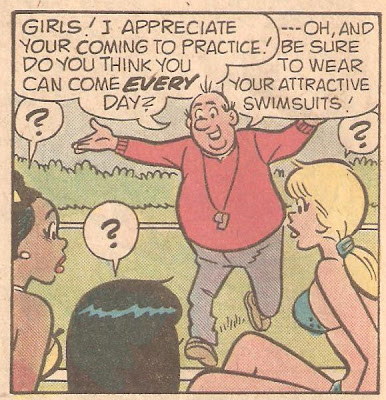 One of the most popular themes is interest between Betty and Veronica. I wonder why? 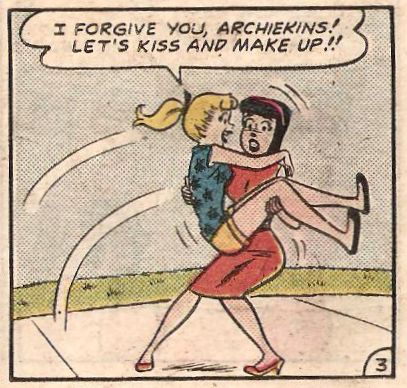 Veronica turns Betty down with a well-reasoned logical retort. 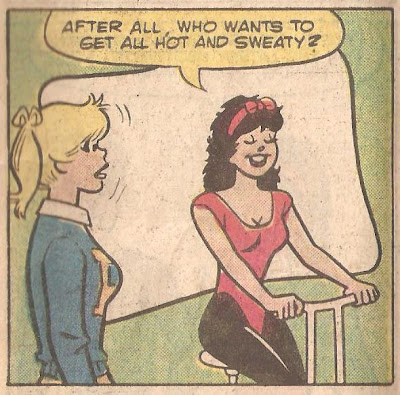 Amazingly enough, this isn’t the only comic to make use of a nudist camp. The other one shows more skin though. 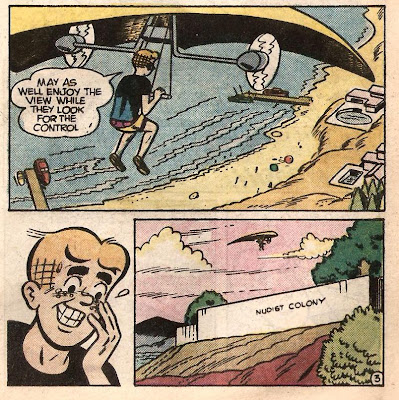 This was one of the most controversial pages to appear in Archie comics, and not for the reasons you think.** 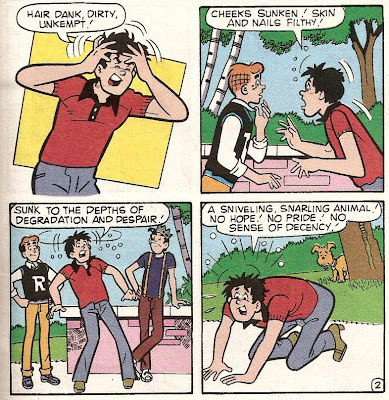 Is that what they’re calling it nowadays? 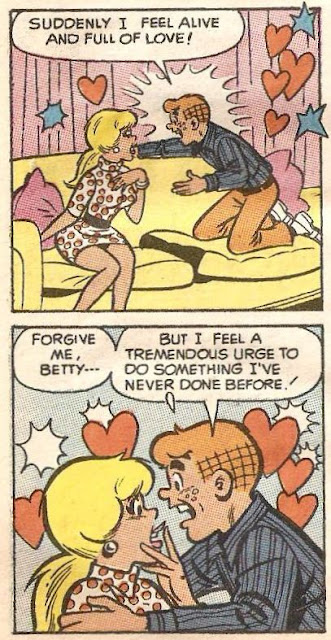 Archie was questioning whether Veronica was wearing a pair or not. Why else would she lie like that?*** 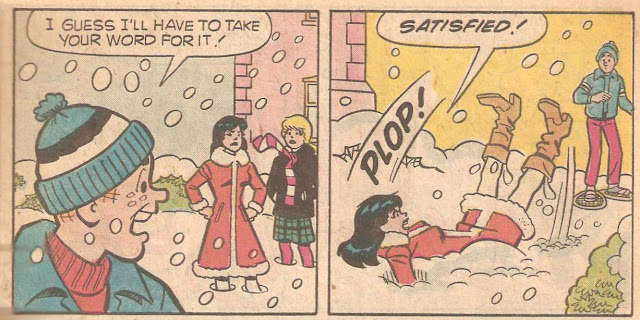 There's only so much loose morals can succumb to, before prudes decide to punish their children for it. Or not, depending on your interpretation. 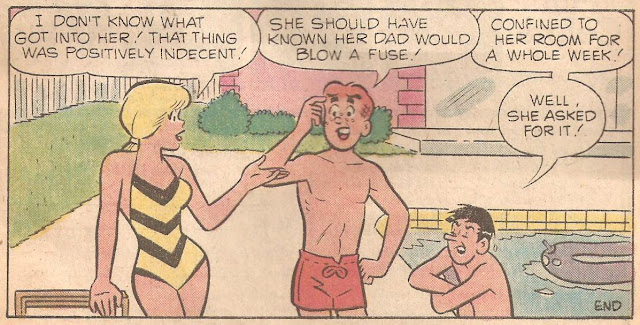 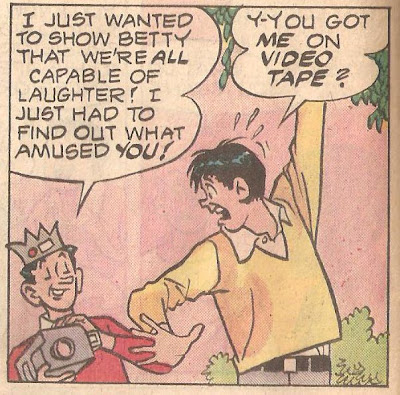 I think this one pretty much speaks for itself. 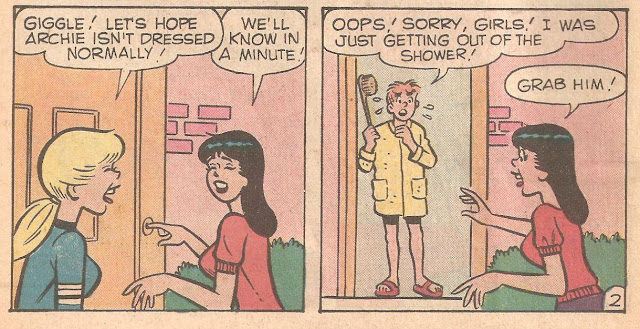 With all the controversy that comics have gotten for pandering to the lowest common denominator, there's a certain strength in giving audiences what they want and simultaneously denying it from them. Audiences want to be surprised, but they also don't want the same old thing all the time, which drives executives nuts, since there's never a "sure thing". Editors could fire up writers' imagination by forcing them to think up the most intentionally shocking scenes they could think of, then tell them to dilute their strength by showing them in context that'd make it pale in comparison. (This doesn't mean that the shocking scene would only be a prelude to a more horrifying scene, but that it'd be less scandalous than upon first assumption) Somehow similar to how movie trailers selectively show "exciting" scenes that are actually pretty dull in execution. I'm pretty sure there's a MAD article about that. The trick would be making the rest of the story worth reading after getting past the "scandalous" parts.

Archie's been doing this for years, so they must be doing something right.

* A Basketball uniform. And no, it's not role-playing.
** Reggie was talking about natives here, and naturally, some people got a little upset.
*** Boots. What were you thinking?
Posted by DeBT at 12:17 AM