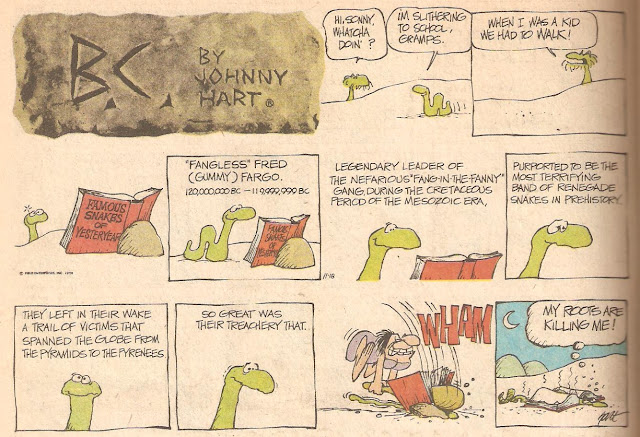 In light of Father's Day, it seems fitting to show the second half of the other famous counterpart to the Wizard of Id, the (slightly) better comic, BC.  In a civilization of cavemen that may or may not be based on circular history starting from the beginning of time or the remains of the future rebuilding itself from a dystopian catastrophic disaster, there are very few father figures abound.  (Guru notwithstanding)  The sole exception to a reoccurring character would be the grandfather to the anthropomorphic representation of Job itself, the snake. 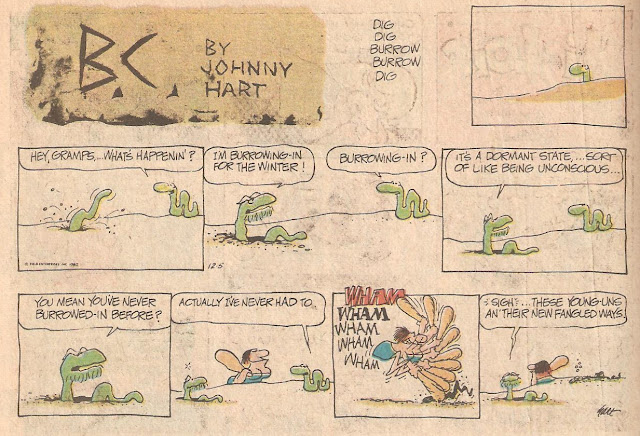 His early appearances had him lamenting the follies of youth, and being the straight man to his son's antics. Not that much different from the other residents of the world of BC. 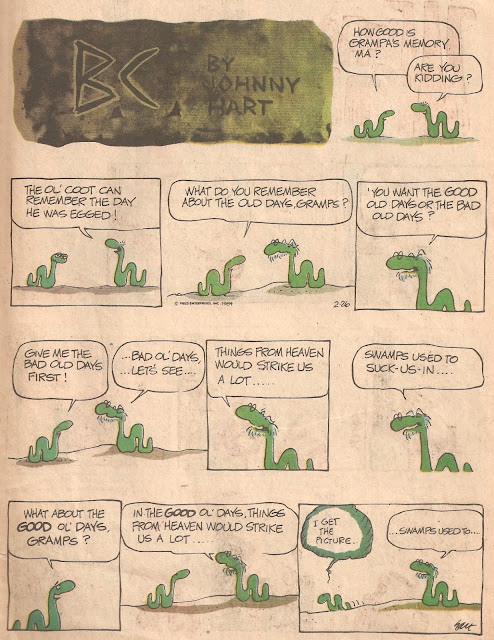 Cartoon grandpas are either kindly, knowledgeable, crotchety or senile, and Grampa Snake embodied pretty much every cliched trait they're known for... 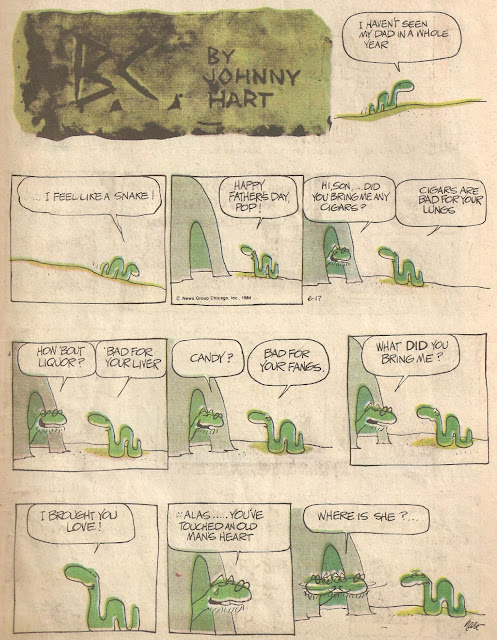 ...including being a dirty old man.  (Or as dirty as a Newspaper comic would allow)  But somewhere along the way, his personality took a significantly darker turn. 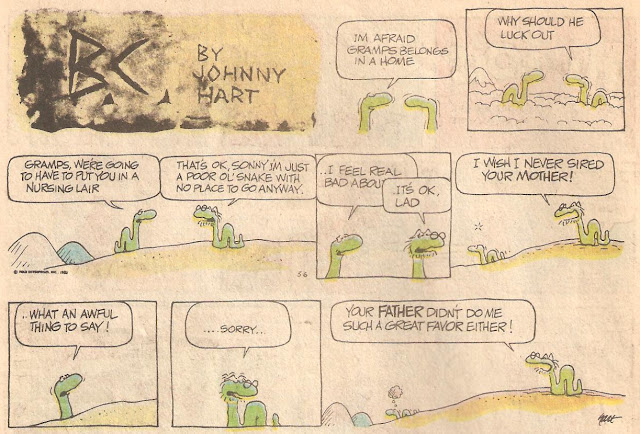 Grampa Snake became someone who existed solely to express undisguised venomous disgust towards the children who left him someplace where he no longer could be independent.  This resentment possibly could've stemmed from some unresolved issues between Johnny Hart and his father.  (Cartoonists tend to vent their innermost feelings in their work)  That's the only possible explanation for what's the most painful farewell message from a family member here: 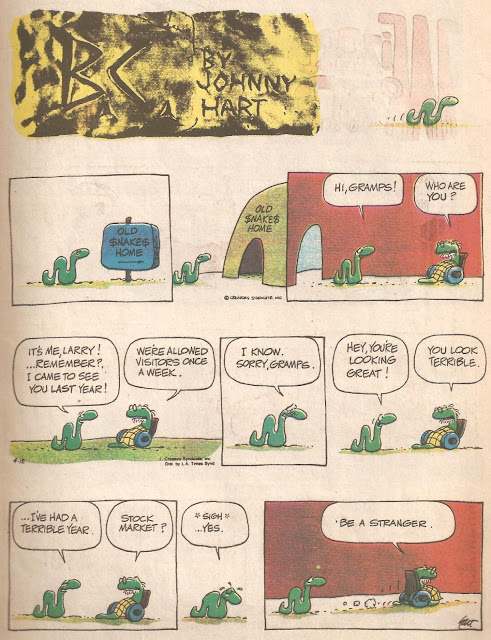 It seems that there are some characters out there that are better off not remembered. 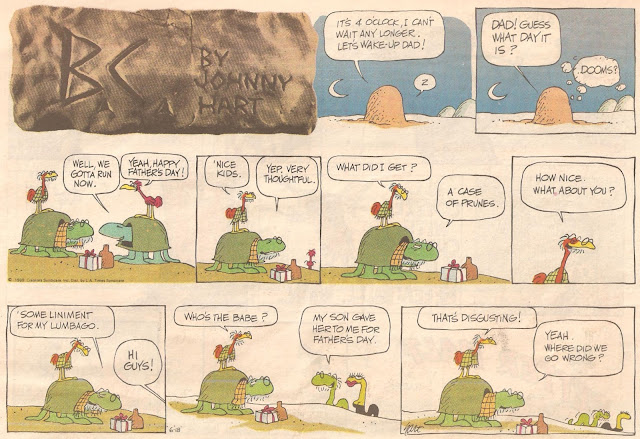 His last appearance years later showed a remarkably different snake who'd gotten his last wish granted, which seems to imply that the cartoonist himself might've had some regrets about how this figure was portrayed, and decided to make up for that oversight by at least granting him one last favor.
Posted by DeBT at 11:04 AM