One of the greatest joys while book-hunting is making valued finds in out-of-the-way locations in second-hand bookstores.  I once found some old Pogo books that were available for their cover price of $1.00 each.  (Some of which I've posted before) Then there's printed collections of stuff no longer available online, such as Jesse Reklaw's DreamToons (people's dreams retold as humourous comics), and a Harry Potter fanbook with amusing comics by Johane "Horus" Matte and Katie Shanahan & "Shagster".  Among these finds was the discovery of a minicomic; Key Moments from the History of Comics. 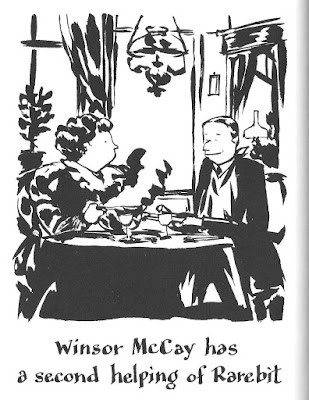 This illusionary thin square book consists of a single image and a description on each page.  There were only a thousand printed copies for the Toronto Comic Arts Festival, May 2009, so stumbling onto this was somewhat of a stroke of luck.  The English translation is actually a compilation of two books, 28 Moments Clés de l'Histoire de la Bande Dessinée and Nouveaux Moments Clés de l'Histoire de la Bande Dessinée, both by Francois Aryoles, but published by different publishers.  (Le 9eme Monde [2004] and Alain Beaulet [2008]) 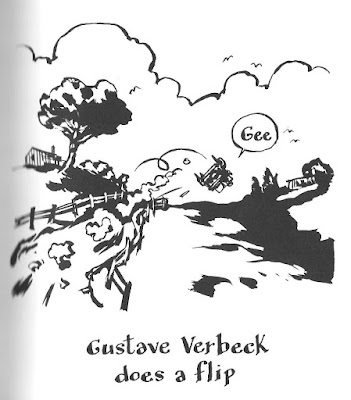 For the most part, with little prompting, several names are easy enough to link to their prospective field alone, but others aren't quite as obvious.  Gustave Verbeck isn't instantly recognizable as a household name, but The Upside Downs of Little Lady Lovekins and Old Man Muffaroo would sound more familiar. 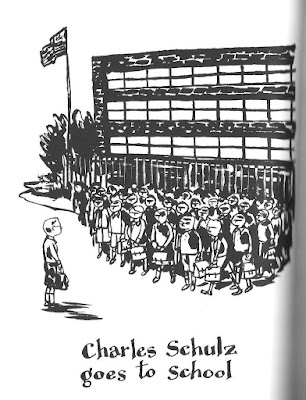 If there was a scientific equivalent, it would be along the likes of "Nikola Tesla strokes his cat."  By itself, this sentence would seem unremarkable, until you realize that Tesla's obsession with electricity started with being fascinated by the sparks flying off his cat's fur.  Unless you have knowledge of the cartoonist's background history and their achievements, most of the subliminal context is lost. 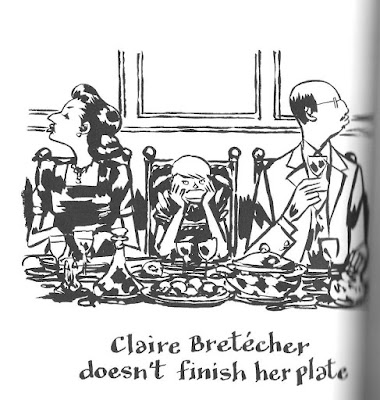 In fact, the one stumbling block would be that there's a high number of European artists that would be unknown to typical American audiences unfamiliar with exploring outside their comfort zone, most of the artists originating from Pilote Magazine.  The only woman mentioned, Claire Bretécher, is a famous feminist along the likes of Cathy, but with more biting political points.  Another comic history of cartoonists, Masterful Marks: Cartoonists who Changed the World was notably absent in any mention of influential women in it's pages, focusing more on middle-aged white men.  Surely there must've been other people worldwide who had just as much of an impact, but I suppose it's easier to look up historical facts regarding men. 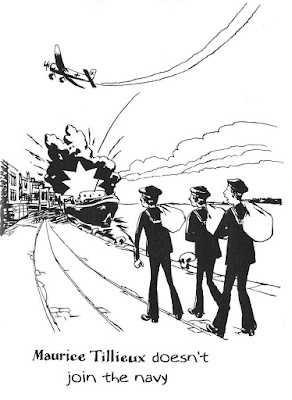 From the wiki, it's well-established that Maurice Tillieux was all set out to do contribution to the war effort via his tour of South America, until a plane bombed ahead, forcing his ship to turn around and go home.  While this incident might have saved his life, there's no way to tell.  But his passion for telling stories centered around docks or the sea certainly made a lasting impression.


When I did a tally, I found there were about 8 artists missing from the first book, and more than a dozen from the second.  An expanded and complete version with reference notes in the back detailing who each cartoonist was, and their known history would help in explaining some of the more obscure references for those of us not fully versed in European Comics. 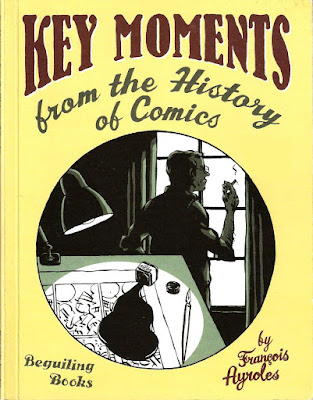