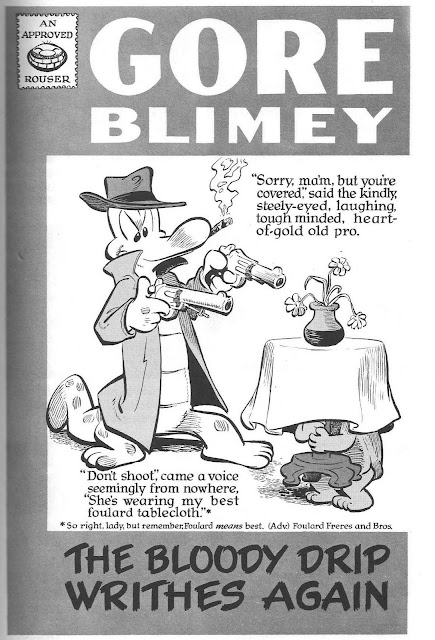 As promised, here’s the second half of the Calvin influence. The previous example might’ve only been used for a few math strips, but this should leave no doubt of where Tracer Bullet originally came from. 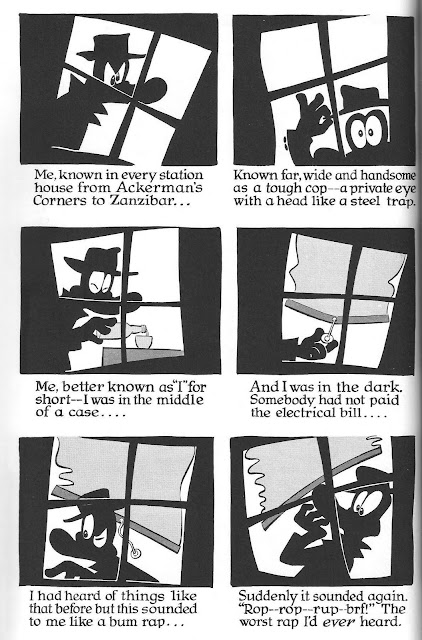 This becomes even more evident when faced with the use of shadows and the narrative wordplay on the first page. Bill Watterson once mentioned that he bought his father a Pogo book with the intention of giving it as a present to his father. Only, when he cracked it open to see the contents, he wound up keeping it, and his father never got the gift. That was probably Pogo's Peek-a-Book, since it has this, and the previous story. In fact, this comes right after Mother Goosery Rinds. Fantagraphics may have gotten the rights to reprinting the newspaper strips, but there’s nothing about Walt’s Kelly’s other stuff. It’s amazing he was able to pump out this extra stuff in addition to his dailies and Sundays. 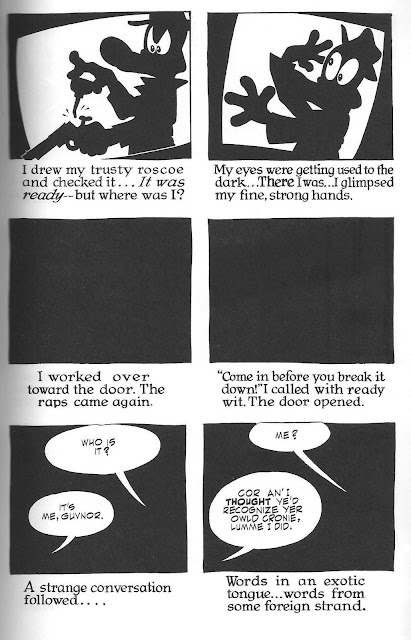 With the untimely arrival of a dame arriving through the door (as all noir pulp novels are won’t to do), we’re presented with one of the most rewarding scenes ever - totally black screens. This shortcut allows us to fill our imagination of what seductive form this vision of loveliness could possibly look like. Could it be Miz Mam'selle Hepzibah having suddenly lost her distinctive French accent? Could it be Miz Beaver in a scandalous low-cut outfit? 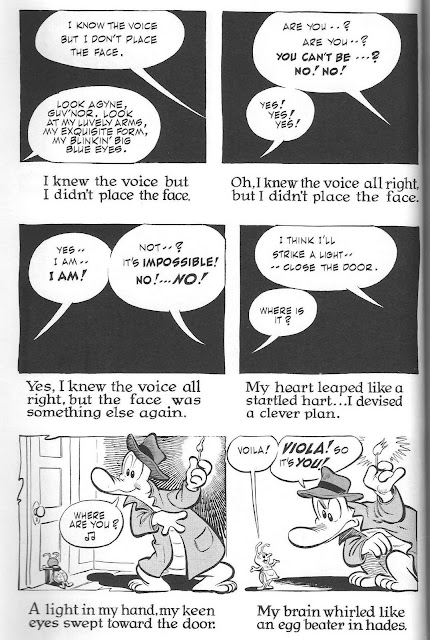 No such luck. This is a children’s funny animal book, remember? Even though it has all the distinctive trappings of Noir fiction, Walt Kelly was too much of a prude to admire the female figure. In art sessions, he was known to hold his hat in front of him while sketching nudes. 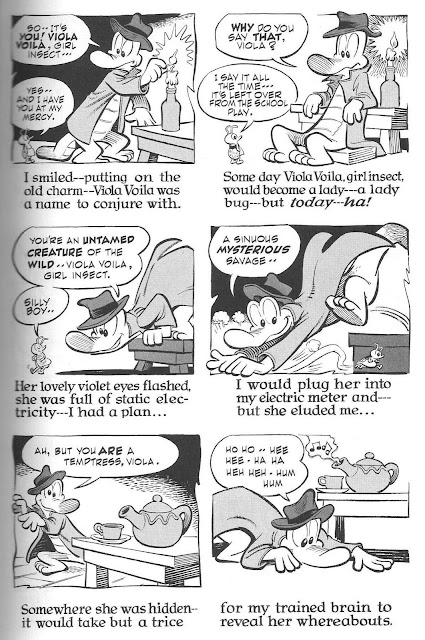 Even though the client has all the sex appeal of a jumping bean, our intrepid detective decides to have a little fun with her at his expense. 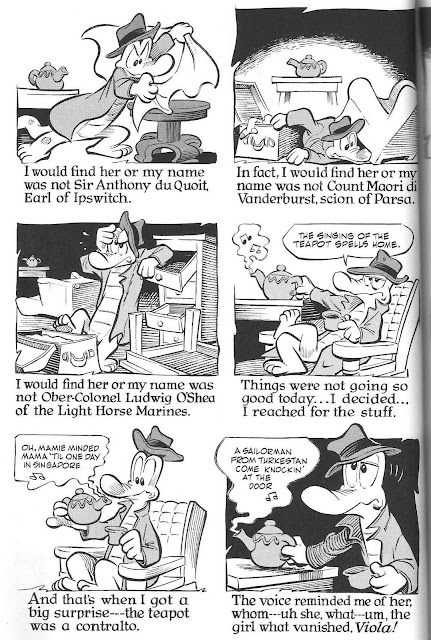 Interestingly enough, even though he's named on the title page, he never right out declares his actual name in the comic itself. That's covering all the bases I guess. 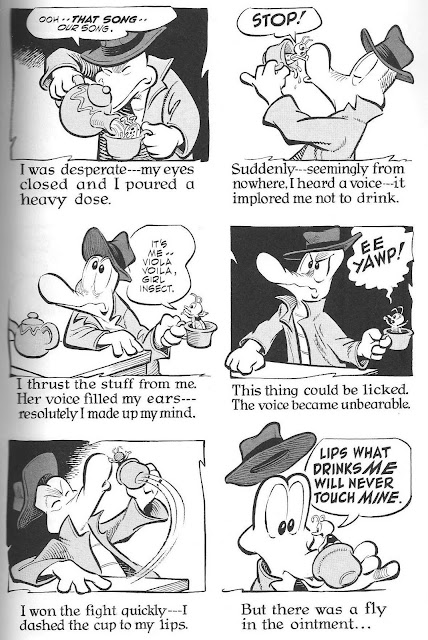 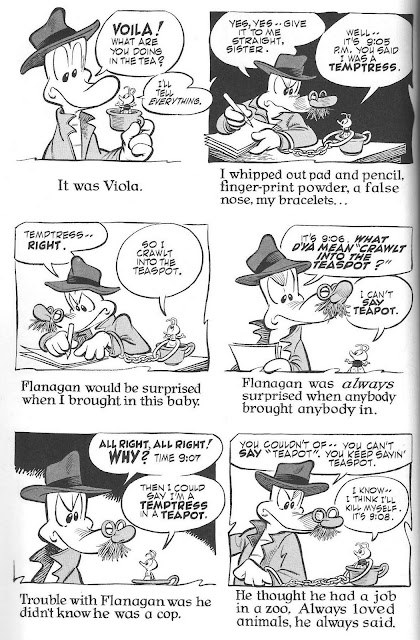 It’s at this point that the internal monologue goes completely off the rails and into Frank Millar territory. It’s not quite getting a kick out of violence, or the pushing the limits of a failing body, but more into the realm of a ranting hobo. You’re better off ignoring it completely, then going back and rereading it once you reach the end, since it’ll have more relevance then. 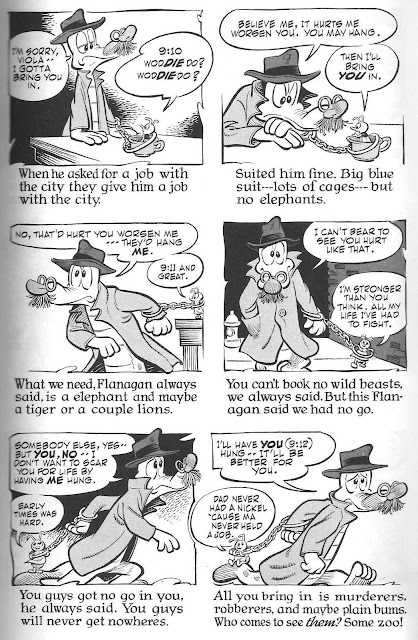 One wonders what a long-term Tracer Bullet story would be like, if the private dick was totally oblivious to the surroundings while on the case. 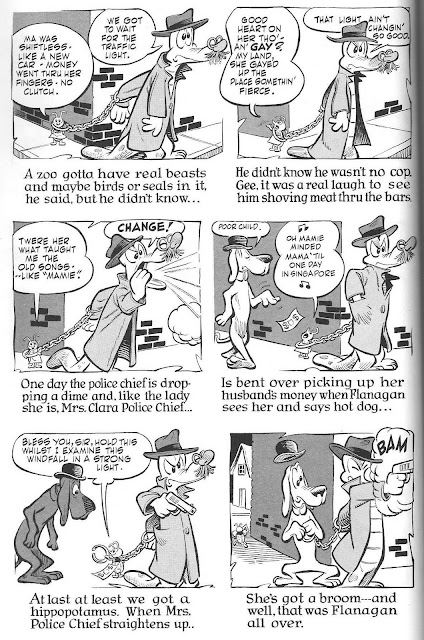 Amusingly enough, this isn’t the only private dick alligator around. Well, it might be, depending on how much you discriminate between alligators and crocodiles. 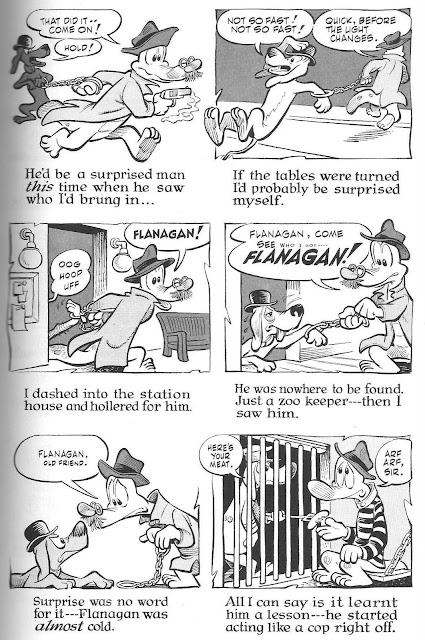