Recently at CHIP (Communicaid for Hearing Impaired Persons), there was a collection of old VHS tapes that the staff were considering throwing out, because they hadn't used the boxes in an age of DVDs,
and furthermore,  the material on them was from the 80's, and was woefully outdated by now.
However, I talked them out of excising the stuff too soon, and even offered to make some copies by transferring them to DVD, because, hey, you never know.  Somebody might want a particular clip from one of those tapes sometime in the future.  So far, the person who was supposed to go through the tapes hasn't had a chance to do so yet, but it brought up that unfortunate reality of objects of potential historical value - there's too much undocumented and unlabeled stuff out there to ever be categorized entirely.

It reminded me of the subject of Broken Records by Siobhan Roberts that was featured in Saturday Night, a weekly Canadian magazine.  In it, it lamented that our Canadian historical archives are becoming increasingly backlogged without proper maintenance or organization, and is becoming increasingly difficult to maintain as more stuff is included to their already-bursting collection. 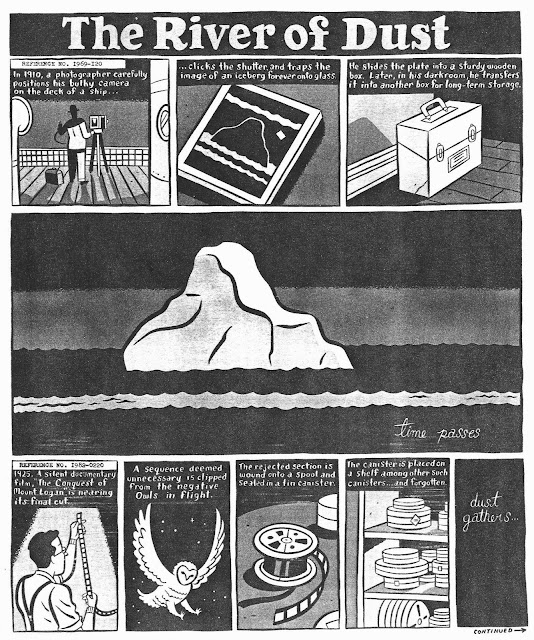 The ironic thing is that while the main text version has remained intact online, there's no archived collection of Seth's contribution to the article.  What you see here are photocopies of the relevant missing pages that were taken while I was taking my course on library archives.  A copy of a copy, as it were. 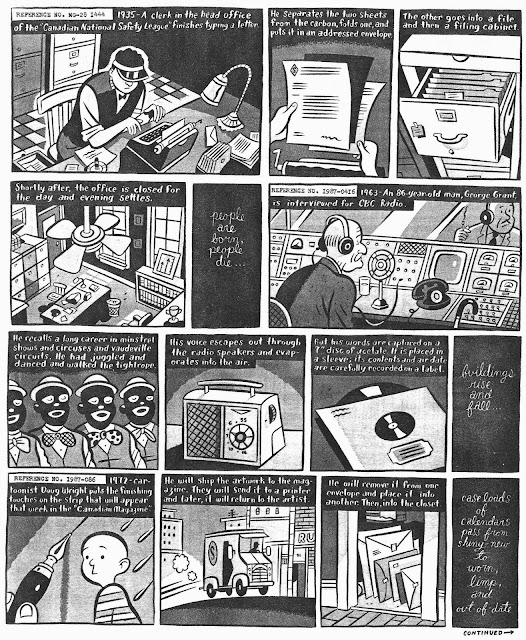 Part of the problem with having an excess of information is that so much of it gets passed over for more recent stuff that's more identifiable to the public.  One of the faults against Google is that they favor more updated news and rumours while neglecting old websites that might have more informative and in-depth articles.  The loss of Geocites and Altavista pages that haven't been backed up via Internet Archive is incalculable. 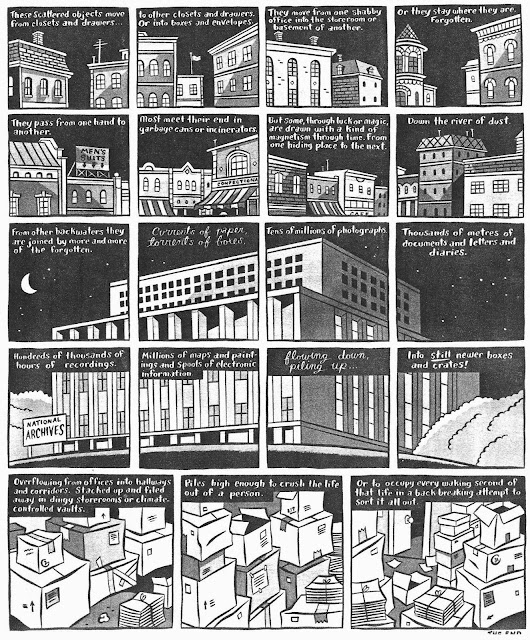 Much of what is mentioned certainly has some historical value, but the number of people who'd be interested in such items would have no idea that such things exist in the first place.  One of the jobs of a library archivist is not just to accumulate items of worth, but also to slim down the amount of material into something that would be contained in the human mind.  This involves weeding the impressive backlog of old books that have either been neglected or too damaged to be worth keeping.

Certainly there's some valuable information buried within the large collection of boxes, but finding and categorizing the relevant items to parties who would find them useful is outpaced by the sheer amount of available resources versus available and reliable staff capable of sifting throughout the material and sorting them into proper categorizational locations.  And God forbid if you should come across an item that has cross-referential descriptions.  Do you risk putting it in one category where it'd have more in common with the subject, or lump it in its own individual classification where it'd be more likely to be neglected and ignored?  Cross-promotional mixing of similar and dissimilar ideas is one of the cornerstones of creative imagination, and not having archives available for viewing is considered another loss. 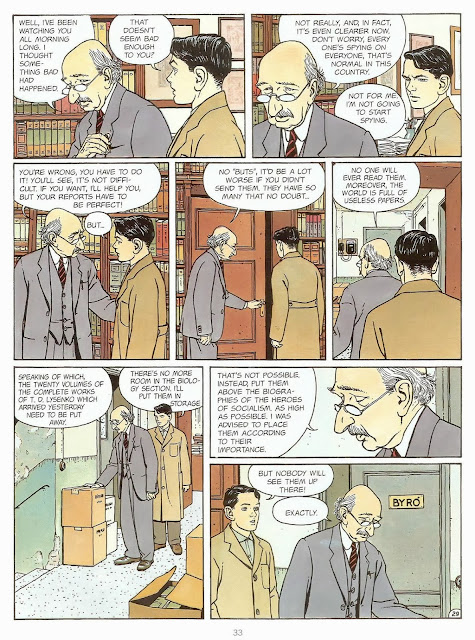 In view of the recent flooding disasters that ruined many valuable artifacts and historical records just before they were going to be scanned for posterity this can be seen as either a lost opportunity too late or getting rid of lead weight.  What's worse?  To lose history to natural disasters or to store away valuable items where they'll never be appreciated?

The items can vary from photos, documents, radio interviews, cult commercials and videos that are becoming increasingly corroded to the ravages of time, even with protective elements in place to guard off vermin and mold.  It's one of the cruel ironies of life that the more recent writings has less of a shelf life than scribes written down on papyrus scrolls or parchment.  The latter has survived legibility for years while the former is lucky to last a decade at most without backups.

And yet, updating the documents to compressed computer records just presents another dilemma - by the time all the relevant items had been transferred to the latest digital database, the archived components would be obsolete.  It's an ever-increasing race against Bohm's law that's the inverse of Zeno's paradox.  Every time we started moving our archives to another reliable location, there's an as-yet technical innovation that'll render all our efforts useless.  The closer we get to our goal, the further away it gets away from us.

This is further compounded by by the sheer amount of information available and how people attach sentimental value to some things, and not others.  We're more likely to lament old books read in our youth that's now largely unavailable, because we were confident that we could retain the contents in our heads indefinitely, or we'd simply outgrown the stuff and didn't need it anymore.  Trying to explain the appeal of these nostalgic items without visual aids is an exercise in futility unless somebody out there happens to have enough storage space to hold everything of value ever.

Some items I've once owned that I got rid of that I now have nostalgic pinings for include: 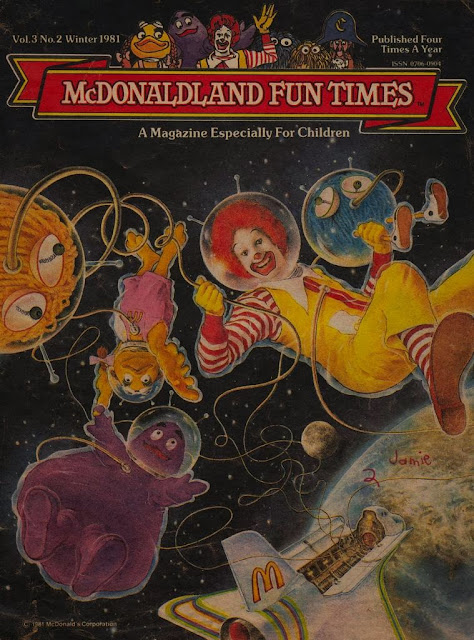 The following aren't exactly material, but are a few video game oddities I've come across that I haven't seen mentioned or repeated anywhere: