I've been feeling a little depressed lately. Don't worry - I'm not suicidical or anything, I've just lost my raison-d'etre since I've been given an extended sabbatical due to my workplace being flooded over the holidays. I helped move the boxes of books from upstairs to the basement, and vice-versa. It wasn't much, but it gave me something to do. Now I'm equally upset over not knowing the extent of the damage, or how much water's been I don't know if the water level's a thin puddle over the floor, or if the whole basement's been submerged. It's extremely frustrating, because some of the books were old rarities, some from the 17th century, and they hadn't even been scanned yet.

I'm told that the cause was an electrical discharge from the heating system that overloaded, so I know I'm not responsible, but I'm still receiving guilt by association. I won't be able to go back until they've checked the wiring and everything to determine whether it's safe to come back, and that'll take another two weeks before the building's ready. The ironic thing was that the basement was considered secure because it had a regulated air chamber that protected the books from rising above room temperature.

You'd think that having all this extra free time would be equally liberating, but it's not like that at all. I need some kind of outside influence to help fire me up. I get more inspirational ideas while I'm away from the computer screen and not concentrating on my current writing. (It helps that I'm not distracted by the dozens of games I've downloaded there) Then, it becomes a struggle to try to retain all those random ideas flowing around in my head and try to write them all down before I'm hypnotized by the alluring glow of the screen monitor.

On my last day of work, I didn't particularly feel like going that day, since I was feeling extremely exhausted, having gone to bed extra-early the night before. Once I got up the next morning, I went through the usual routine of dragging myself out of bed, taking a shower, getting dressed with the clothes I'd prepared the night before, eating breakfast cereal, checking my email and various internet sites before turning off the computer and venturing outside. It was a good thing I'd decided to leave slightly early that day, because it was slightly icy from last night's rainfall. (Not quite 1998 Ice Storm levels, but still)

I have a slightly unusual gait that's extremely reminiscent of Marvin the Martian's style of walking - I shuffle my feet across the ground. Why bother raising my legs if they're not going to travel that far? Okay, so I've been told that's kinda lazy, but it comes in handy while traversing over fields of slippery ice slightly obscured by snow. I'd prefer to be overly cautions rather than risk not knowing where my feet are at all times.

So I managed to get on the bus ride to the train station the usual 15 minutes early, got up to the terminal, and chose a comfortable spot to read my book. THEN and only then did I think to take a look at my cellphone as a slight distraction. Imagine my surprise when I found out I'd gotten a message from my social coach who'd gotten me this job telling me to call her back ASAP since work would be cancelled tomorrow. The reason I missed this vital piece of information was because she doesn't have an internet connection outside of work, and I don't check my cell phone messages very often, because I don't receive very many texts from people I know. (Also, she called when I was asleep)

In my mind, getting to my library job overrode all other concerns. If I oversleep, I'll usually forgo my breakfast in order to catch the bus, since the slightest derivation from my usual routine sends me into an intellectual tizzy. I'm incapable of calming down until I've arrived at my destination and started making up for lost time.

Once I saw that piece of information about today's cancellation, I stared at my surroundings, and noticed that there weren't that many people at the terminal compared to other days. I'd just assumed that I'd gotten lucky, and managed to beat the rush. I make it a habit to be first out of the gate when the bus/metro doors open since I'm extremely claustrophobic around people, and get extremely annoyed at how slow crowds are in front of me. Even a single person can cut off my escape route to point "B". It also didn't occur to me that while it would be easy for me to get to work via public transportation, the same couldn't be said for my co-workers who'd likely come by car.

I hesitantly started backing away from the station, and notified my social coach and my parents of my dilemma. However, the response I got from them showed they'd misunderstood my situation. Both assumed I'd already gotten on the train and were going to my workplace to pick me up. When I read that, I thought that maybe I should go back on the train before it left (it wouldn't come for another five minutes) so they wouldn't feel like they'd gone to so much trouble. My social coach was even willing to go the extra distance just to make up for my misunderstanding, and who was I to deny her the experience?

Then it occurred to me that I shouldn't bother misleading anyone, and risk going on a trip for nothing. After some back-and-forth dialogue of 'notifying the other', since my cell phone texts didn't show who else I responded to, I was eventually able to convince both sides that I wasn't going anywhere, saving everybody a great deal of trouble. This was helpful, since it gave me time to wind down back home, especially since I needed to go to the bathroom, and was planning to relieve myself at work.

Too bad I didn't check my messages before I used up a train ticket. Just to rub salt into the wound, I found out that the train services would be FREE! during the Christmas holidays, which coincidentally was when the library would be closed. Typical benefits that I can't take advantage of. 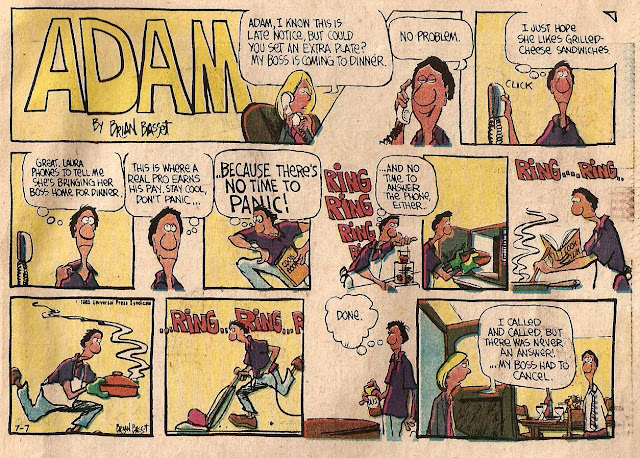 (And NOW I've just found out that I've got a sudden meeting with my social coach this Friday - on my cell again!)
Posted by DeBT at 7:52 AM