When you think of Ogami Itto of Lone Wolf & Cub fame, you don’t normally think of him as a smiling man. You’re more likely to think of him as an always ultra-serious eternally frowning Ronin doing the odd assassination if the mission and money are right. Unlike Golgo 13 who’ll accept any job no matter if it’s morally right or wrong, Itto has some scruples of his own, and won’t accept a job that conflicts with his morals, even though he walks the path of Meifumado. (Though it should be pointed out that he hardly turned any of them down, but then again, those were the ones we were aware of. The jobs he refused probably wouldn’t have been as action-paced or interesting) 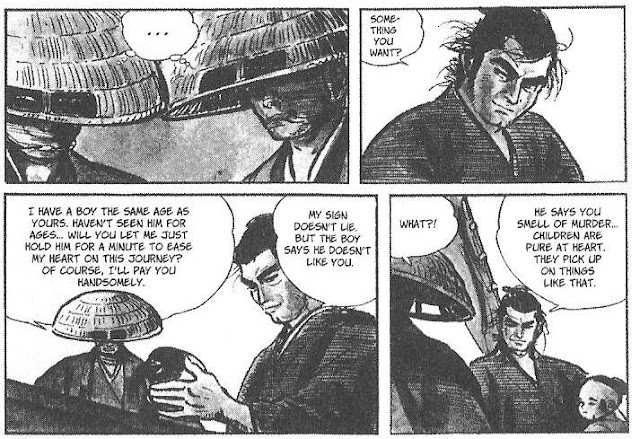 But in an example of early instalment weirdness, there are occasional examples where the stoic exiled executioner is - horror of horrors - smiling. This isn’t quite on the level of a creepy Batman smile, or a smug Jack Baur Power Hour Glower, but more along the levels of an overly cocky Han Solo smile, where he already knows beforehand what the outcome is going to be, and how the game’s going to be played. This would be quickly tossed aside for a man solely devoted to revenge and getting his funds by helping others get their revenge. A cocky attitude wouldn’t seem appropriate for someone who’d been framed for his crimes. 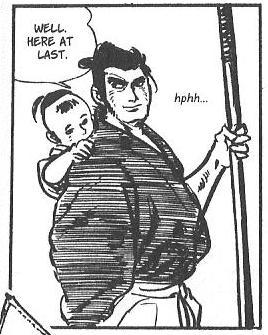 In fact, apart from these brief examples, only his son Daigoro fills the role of lighthearted grins with his innocent carefree childlike playful nature contrasted amongst death on the battlefield. The only other time that Itto manages to smile again happens in the penultimate book when he’s having one last celebration among the villagers before setting off into his last fight against the straggling remains of the Yagyu clan. 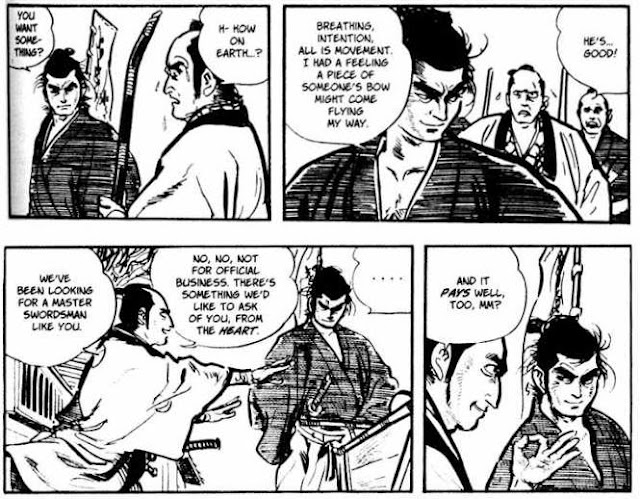 On a related tangent, I happened to find the image of the lone Samurai whose face looked familiar in Scott McCloud’s Understanding Manga. He showed up in the 25th volume, "A Day like Any Other". 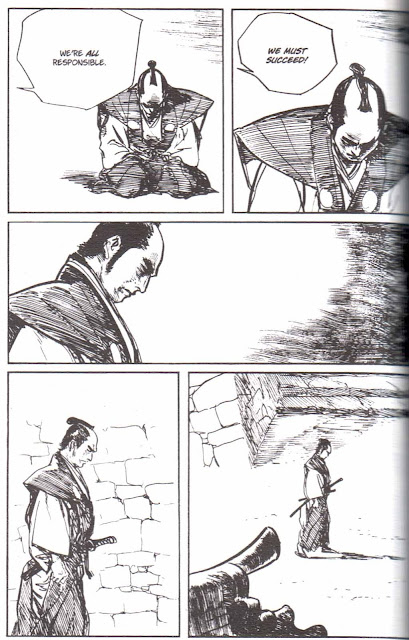