You can tell a lot about a cartoonist's creativity by how they manage to incorporate clever rhymes in a brief narrative context. This one is probably the shortest with a satisfying end result. 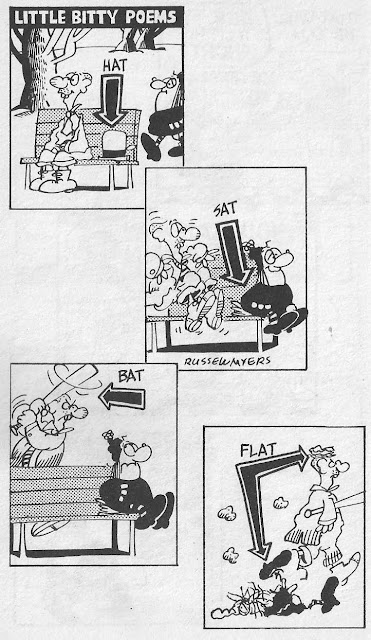 The early rhymes were extremely modest at first, but then became more elaborate later on. For some reason, these rhymes were always called "Pomes" for some reason. I thought this might be some kind of intentional misspelling or cultural thing, like calling a creek a 'crick', but some slight research (i.e. the first Google results) shows that this is a variation of poetry that focuses on variations of lyrics, tone and pitch in word usage. 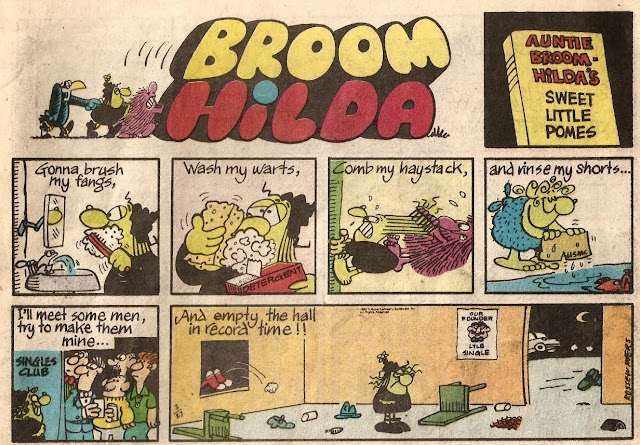 For years, I thought that when Broom Hilda was "rinsing her shorts", there was a faucet at the deep end of the pool. Upon closer investigation, it's actually a fish with a clothespin over its nose. Those must be some pretty ripe undies if they can offend an aquatic animal's sensibilities. 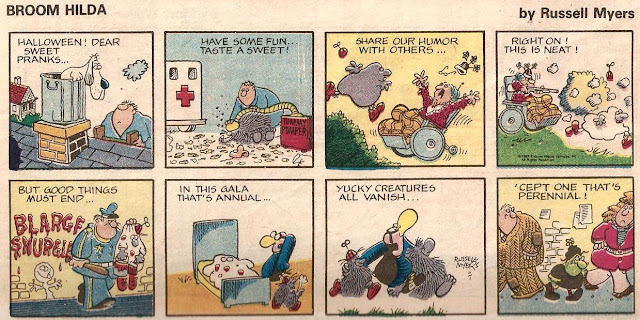 This comic has a severe colouring error in the 3rd panel, where Irwin is scaring an old lady. He should be decked out all in white, not looking like Grimace with a beanie.

Normally, this wouldn't be considered newsworthy, since B.C. used to have comics devoted to Wily's poems, but those were always consistently static images of the water-phobic peg-leg coach sitting on a hill sketching onto a slab. Broom Hilda comics were different because no two backgrounds or character positions were alike. Then in 1989, Russell Myers had a sudden burst of inspiration that led to a large amount of rhyming stanzas to appear. As far as I know, this creative output has never quite been replicated since then. 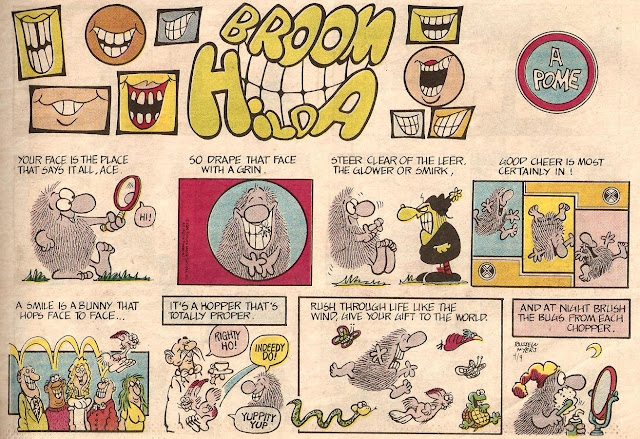 What struck me about them was that they were so different from their usual setup / punchline routine. The end result wasn't always funny, and seemed more personal than anything. 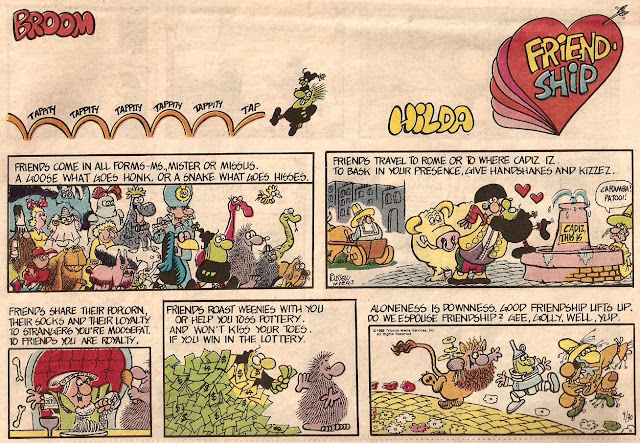 This one in particular, where Broomie talks to her internal organs about her declining health could also be considered a natural ending for the strip if the creator ever croaked, and didn't bother to pass the comic on to his next-of-kin. 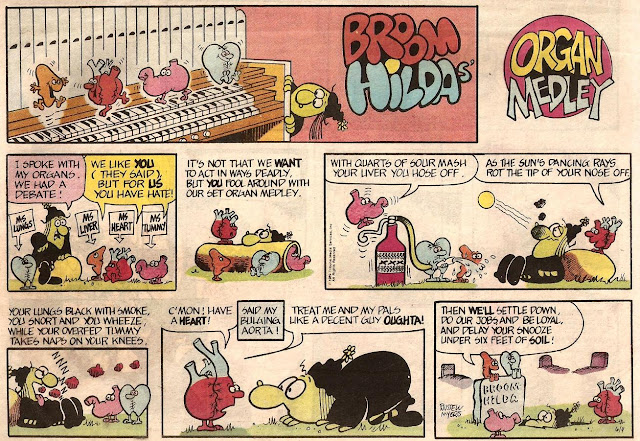 Joyce Kilmer this ain't, but it's still pretty catchy. 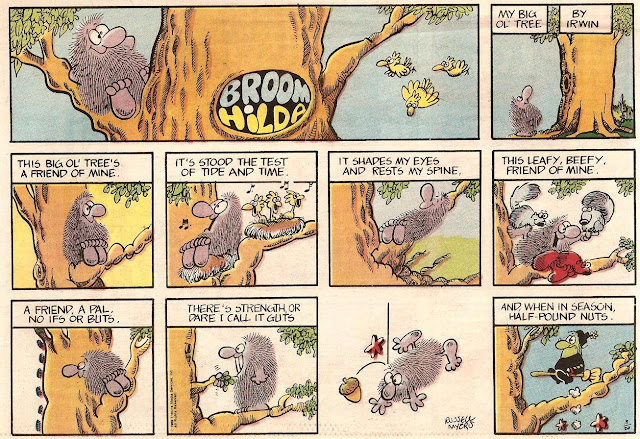 After this diet one, no other "Pomes" appeared for the next year when my paper dropped Broom Hilda and Outland in favour of Archie comics. A loss that was never quite regained, because they were renovated their Sunday comics page to fit a traditional newspaper page instead of their innovative pamphlets instead. The removal of the children's cover pages was also an influence, and the reduced size of multiple comics and trying to split the colour Sunday comics into Saturday and Sunday editions meant that some of them had to go.