In one of my previous posts, I lamented that I was unable to find the cover to one of the most disturbing movies I'd ever seen in a video store. Fortunately, one of Chris Sims' recent articles at ComicsAliance featured a very helpful link to a comprehensive collection of old VHS tape covers. Thanks to this, I can now show the movie that emotionally scarred me as a kid. 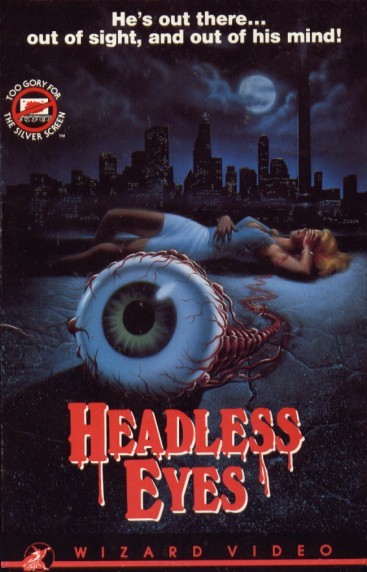 I didn't even bother reading the tagline, since the image was disturbing enough. In my mind, I thought the plot was that people's eyeballs were coming to life and popping out of people's heads. Considering that I receive 99% of all my information through sight, this was an extremely horrifying concept early on.

While scouring the samples from multiple companies, I found several other covers that I'd long since forgotten. 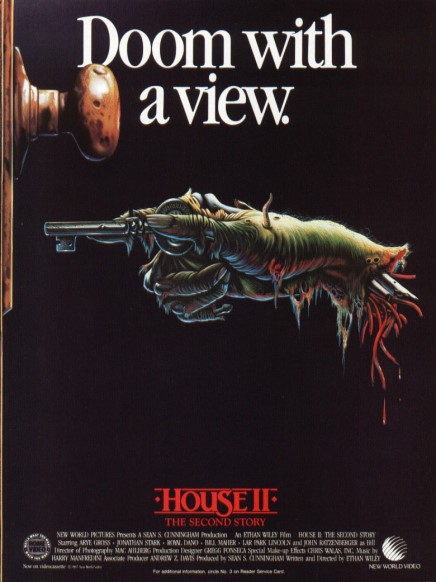 Before a certain cantankerous doctor with a limp started harassing patients with mysterious diseases, you were more likely to associate the title with this horror movie.

While doing some inventory work for the NFB, I found in a movie book, the title to one of the most hilarious titles I'd ever seen: 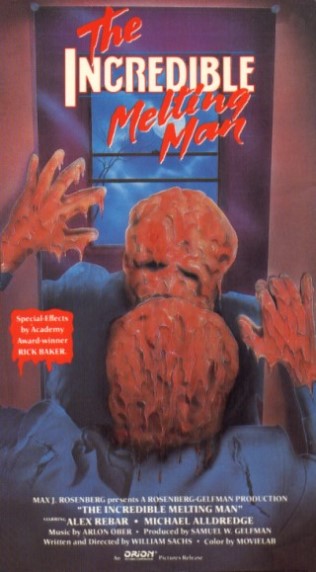 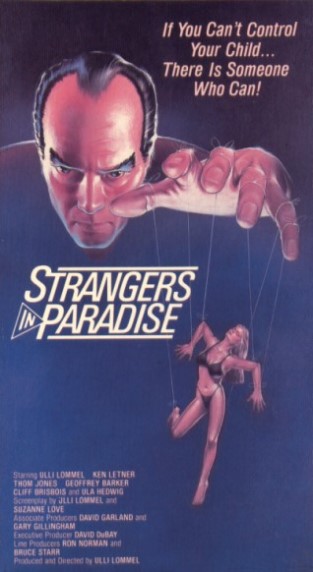 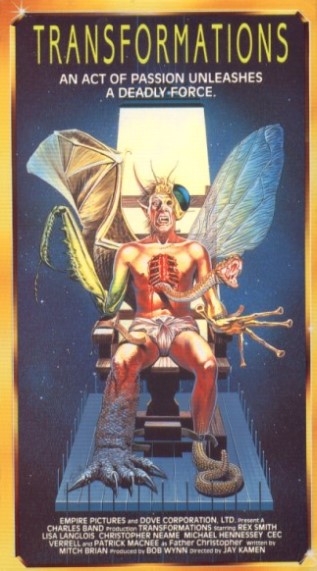 This cover was something that had me stumped for a long time. I originally saw it in French, when it was retitled "Metamorphosis". I'm guessing if Franz Kafka's insect story was Hollywoodfied like this, it would be a million times more interesting. Before I read the tagline, I thought that every portion of the man's body was changing against his will into something that he couldn't control. In that sense it would be like Parasyte squared. 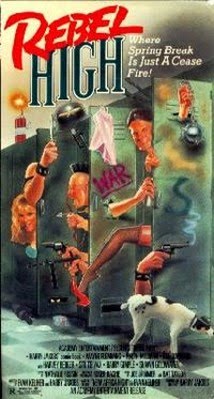 While most teenage comedies tended to scare me off , this cover seemed to be so over-the-top that it looked like it might actually be fun. Keep in mind that I never took out any of these kinds of movies - the plot the concept art had couldn't possibly match what I thought would happen in the actual movie itself. Not to mention that many of the themes that they showed weren't the kind of things I was interested in. I wanted to watch comedies and the kept offering Rambo-style movies, teenage sex comedies and weird horror movies. In some ways, not actually seeing the contents of these movies was something of a mixed blessing. It kept me from having disappointed lower expectations and a desire to see better movies than unmemorable dreck.

Ironically, it was the title of The Naked Gun that made me reluctant to watch it as a kid, since it combined both elements of sex and violence in the title alone. I told my mother that I didn't want

By the time Nordberg smushed his face into a cake and fell off the poopdeck, I turned and accused, "You said this wasn't violent at all!" Despite my complaint, I watched the rest of the movie without any further prompting. Slapstick violence I could handle. Real-world violence I couldn't... yet.

Speaking of The Naked Gun, there was one last commercial of Leslie Nielsen I saw on TV a year ago that perfectly captured his deadpan appearance. He was spouting the virtues of a credit card company protecting itself from outside elements. While he was walking, a Man in Black in the background was protecting him from potential dangers, such as construction beams, wet cement and even a wrecking ball. With a flourish, he faced the camera, and with typical straight face, said "Visa's got your back", just as a plume of smoke puffed out from behind him, and he looked away with his wide eyes, while still smiling and never turning his head. It was perfectly Frank Drebin of him, and Youtube doesn't have it on video.
Posted by DeBT at 12:19 AM