Appealing to the Gods

In the world of Broom Hilda, Magic is an accepted commodity with the existence of a 1500 year-old witch.  So the presence of talking figures in the clouds isn't exactly a common factor you'd expect to come across. 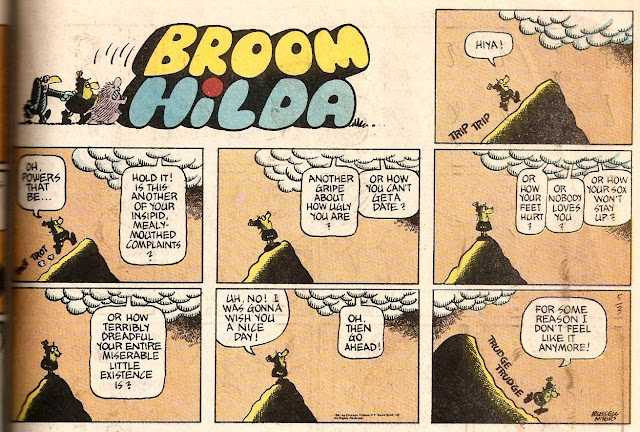 And yet, the faceless Powers that Be made infrequent reoccurring appearances with the regular cast of Broom Hilda.  Broomie wisely opted out after hearing her complaints voiced out beforehand.  Gaylord in contrast seeks more conventional knowledge.  Going to the fount of impeccable logic only to be met with a resounding answer of equal profoundity. 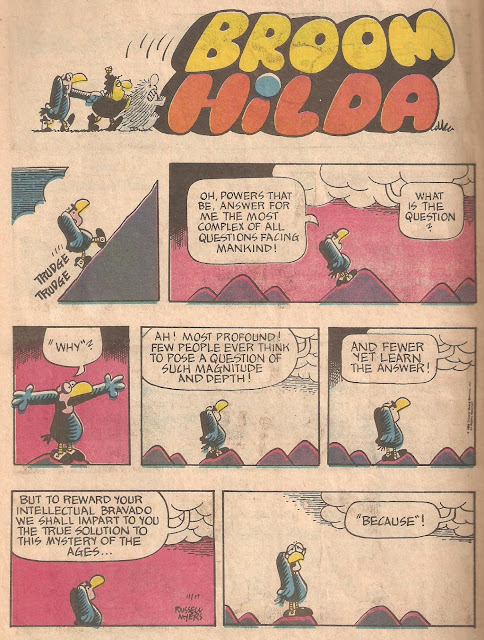 In contrast, the last member of the group, Irwin simply goes for the simplest method possible that even the Gods couldn't see coming. 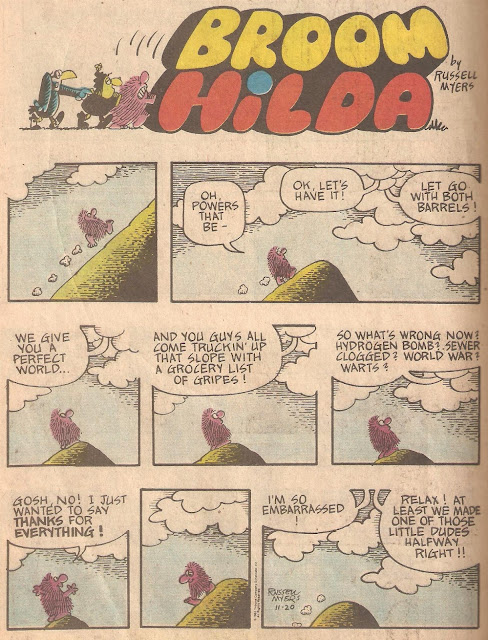