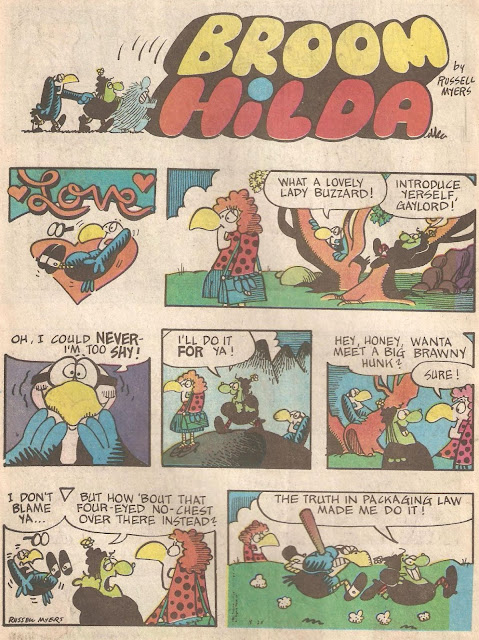 Another comic, another relationship between bird people. One of whom is wearing glasses. Beginning to notice a pattern here? However, the relationship between Gaylord and the desirous girl is as different as Skyler's relationship with Mary Beth Malarkey. It's like night and day. While Broom Hilda is better known for being man-crazy about anybody who'd get her attention, Gaylord has a certain affection for an unnamed girl in a frumpy wig, and polka-dot shirt who keeps regularly popping up. 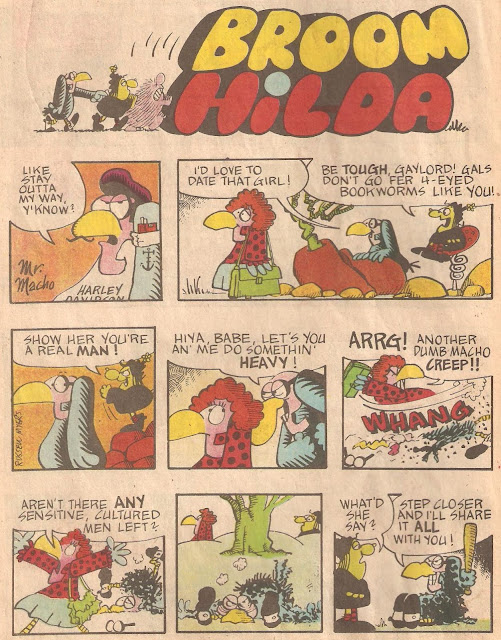 While the basic setup was basically the same, the end results were more varied and interesting. They were probably closer to potential encounters that could actually happen in real life. The level of success that Gaylord has with said girl seem to vary with whatever current mood either character is in. 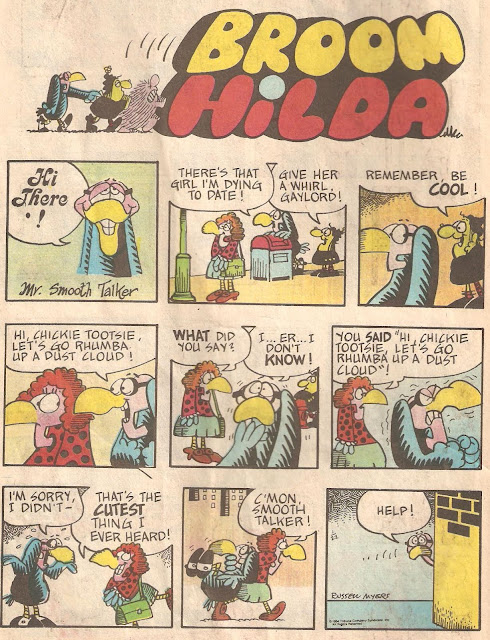 On other occasions, she was more likely to be used as the punchline for the last panel of a strip, all in a vain attempt to impress the girl. 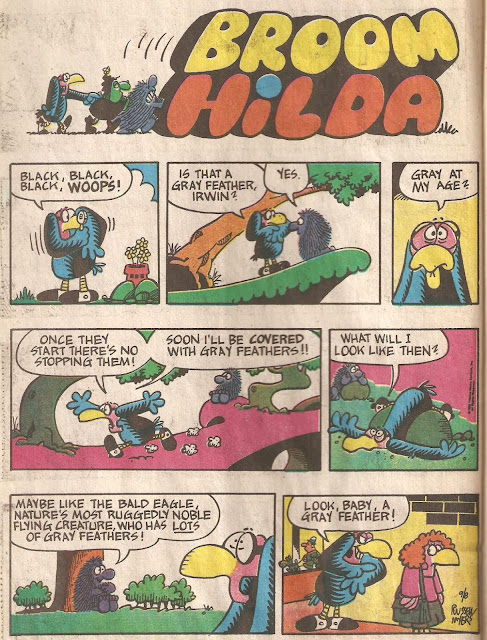 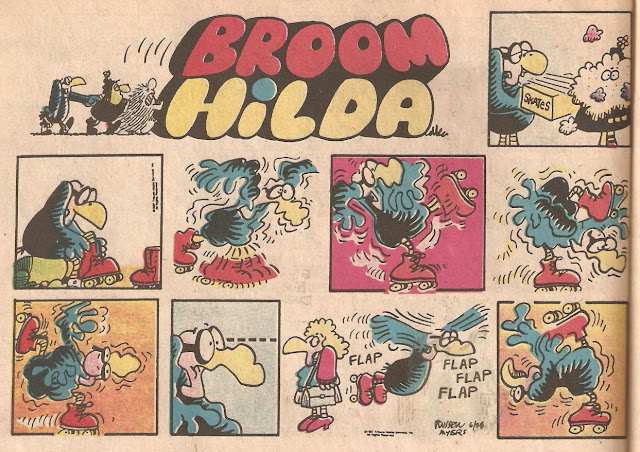 Another major difference between Gaylord and other typically shy nerds who respect their love interests from afar, he at least tries to make the effort of having a relationship with her, even when the end results usually wind up disastrously. 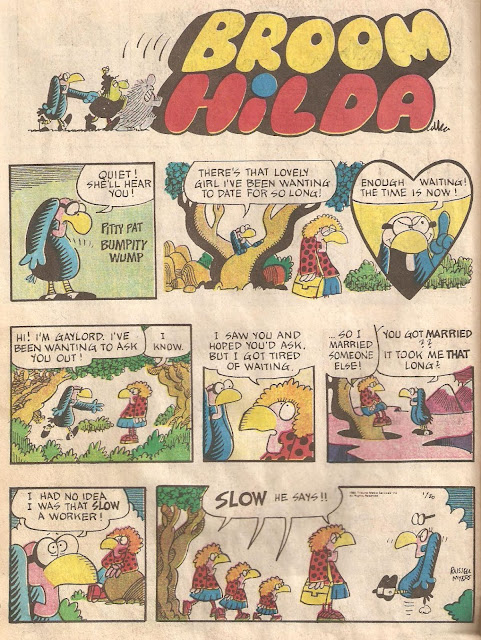 As far as I know, this could've been the last appearance of said girl before my newspaper dropped Broom Hilda (and several other comics) to make room on their page for Archie - a loss that I regret to this day. It has never quite recaptured it's glory days after that severe downsizing. 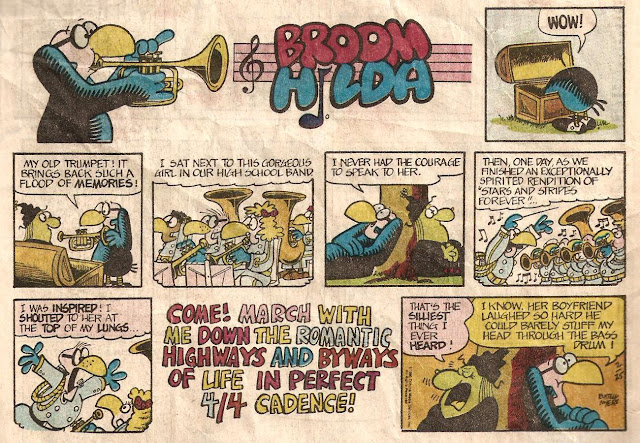