When it comes to reprinting comics, the Foreign comics market seems more willing to accept higher quality attractive formats for their collection than the American market.  Sometimes resulting in omnibus packages that are cheaper and more comprehensive than the English version.  Don Martin is one of the great influential MAD comic artists, his sophisticated sense of weirdness and sound effects that played tribute to the slapstick silent movies of the era.  His style doubtlessly had a great influence on Jim Unger's Herman.  Go ahead, compare the two.  Prove me wrong.

However, for their bargain styles, they're still capable of making silly mistakes, as this translated book of The Completely MAD Don Martin shows.  All samples are from the first volume. 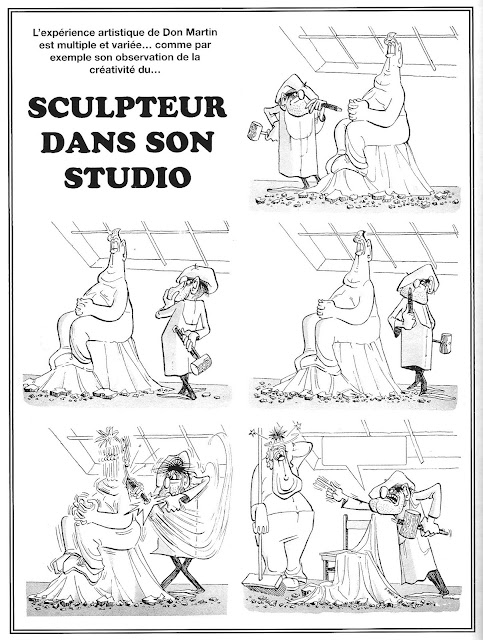 The very first instance shows up on page 100, where the last balloon for the Sculptor is left blank.  It Should read, "And remember!  One more time sleeping on the job... and you’re fired!!"  Only, you know, in French. 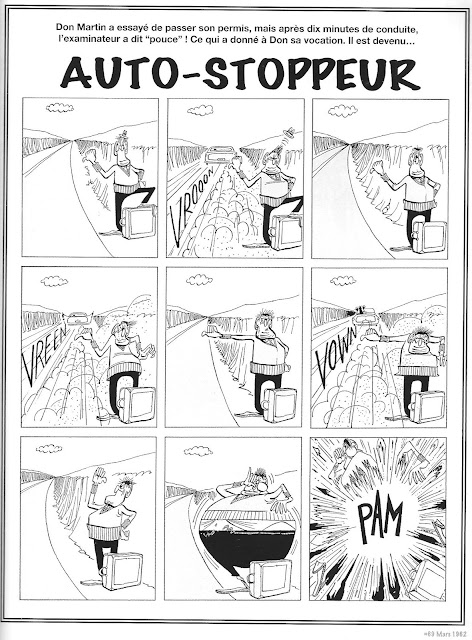 The next instance is where a hitchhiker decides to inflate himself up for no good reason.  That reason being that the sign on his suitcase is supposed to say "California or Bust". 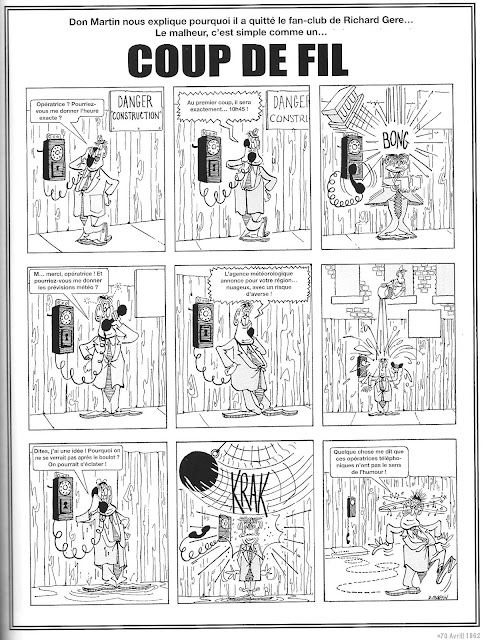 In other instances, they were inconsistent or incomplete with the building signs.  The Danger! Construction sign was left in English here, but left out in other panels, and didn't even bother to replace the text.  Something similar happened in an earlier comic at the beach where the Men's restroom sign was cast in New Times Roman font for the first page, but left alone for the second page. 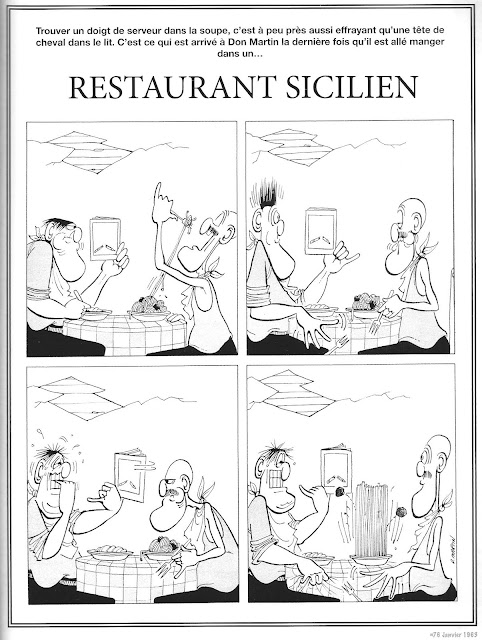 Likewise, the book the nervous guy's reading is "Mafia Tales". 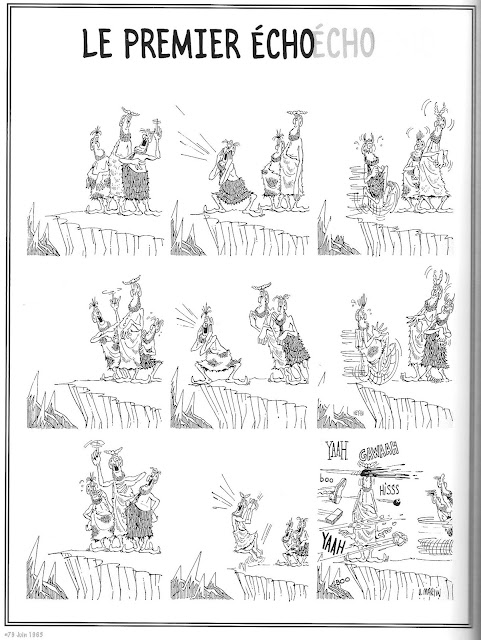 But this is by far the biggest offender.  Pretty much Every Sound Effect, save the last panel is left out or missing.  Here's how it Should look: 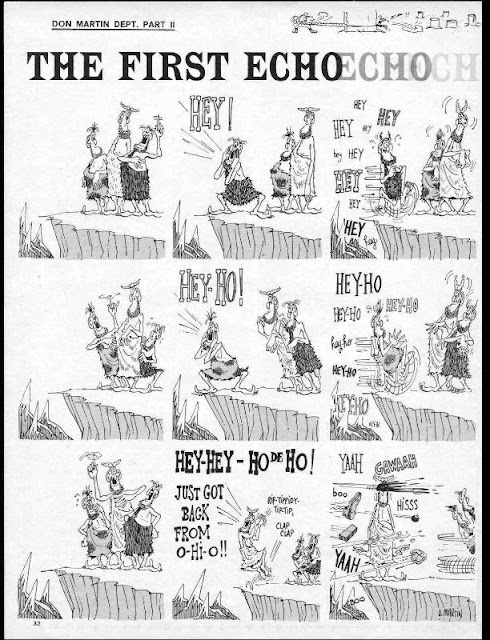 Having these comedic masterpieces made available is admirable, but they could stand to use another proofreading.
Posted by DeBT at 8:55 PM