Last time, Noodle's noodles were despondent with the absence of their alien worm friend.  So the raccoon tries to pass off a close substitute as a passable replacement. 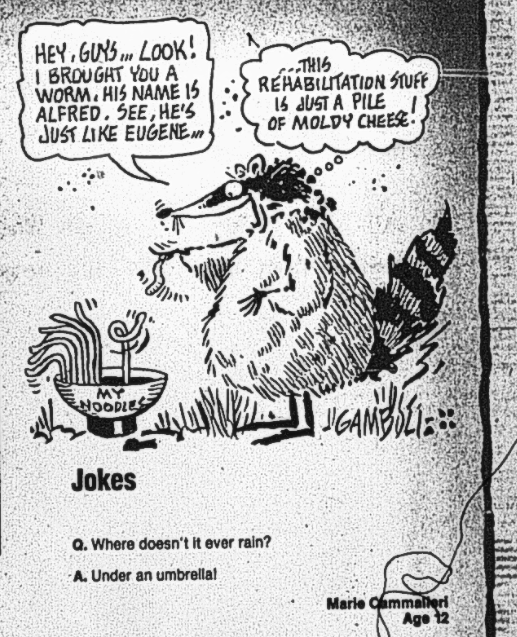 But like the sudden popularity of Popeye, you can't keep a good ensemble character down for long. 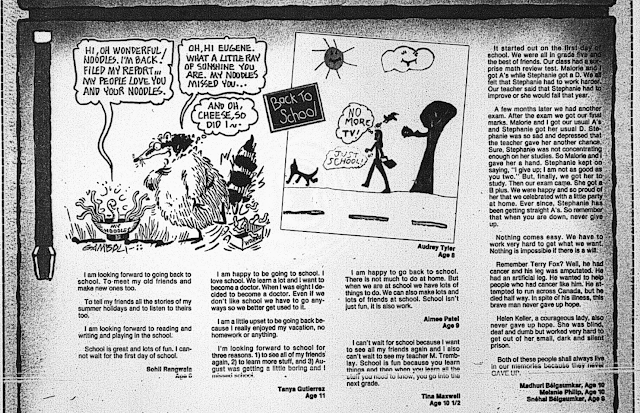 A large portion of the Fridge Door was taken up by letters of stories and jokes written by children. 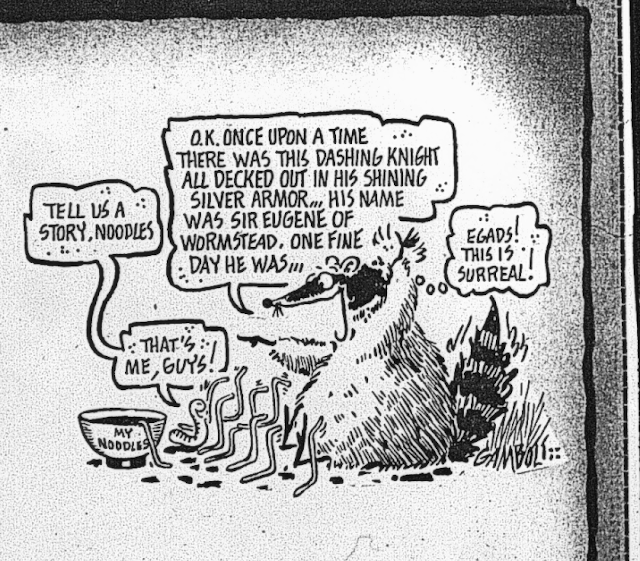 You can try to read the notes the children wrote on the Fridge Door, but I wouldn't recommend it.  Personally, I didn't find them intellectually stimulating. 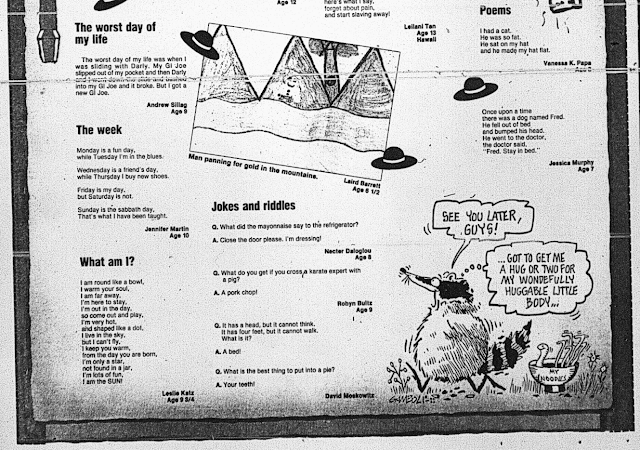 For years, I had trouble telling stories because the ones the children wrote were so sub-par that I had no relatable frame of reference to apply to.  Sure, they're written by Children, but I still demanded better quality entertainment even back then. 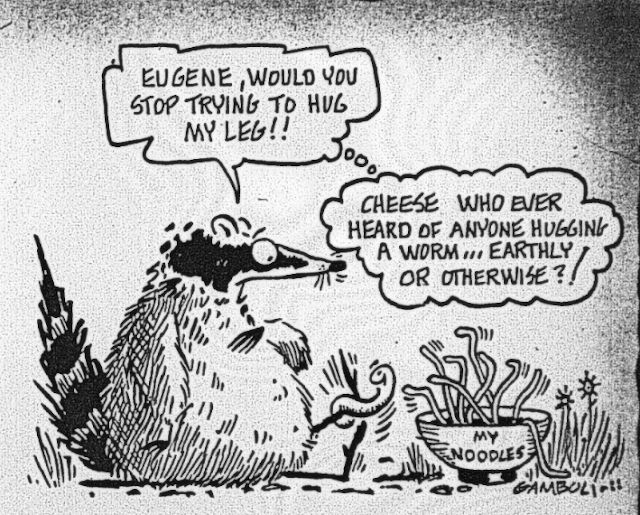 For that reason, I've left the majority of them off, focusing more on the Raccoon comics.  But I still felt the need to capture whole parts of some pages if only to see how it started, leaving my curiosity sated. 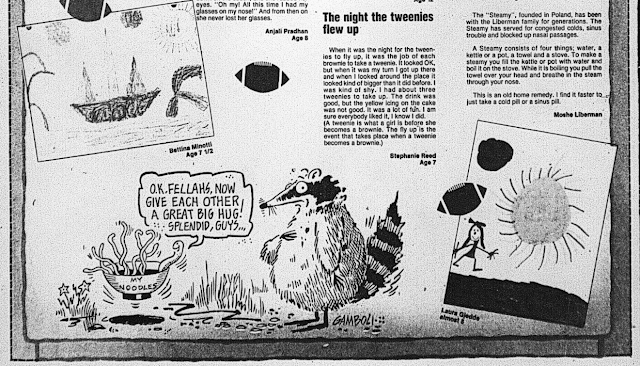 This might seem like a bare entry, but that's only because the comic that comes right after better fits the theme for next month.  Until then, stay tuned.
Posted by DeBT at 1:44 PM