Worming Your Way Into The Fridge Door

As the first three months showed you, the Fridge Door started out fairly innocuous and normal.  But that all fell away due to the introduction of a little fly in the ointment to spice things up - a worm right in Noodles' noodles. 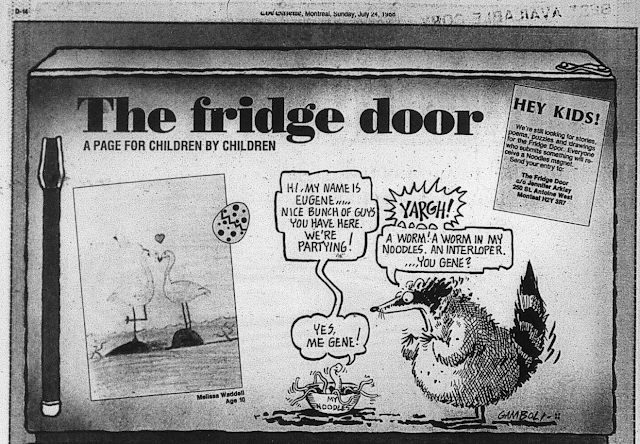 However, this is no ordinary worm!  This is an Alien Worm!  The kind of worm that has powers beyond your comprehension.  That extends far than just munching on the soil to soften it up and spread nutrients everywhere, and serve as tasty bait for unsuspecting fish. 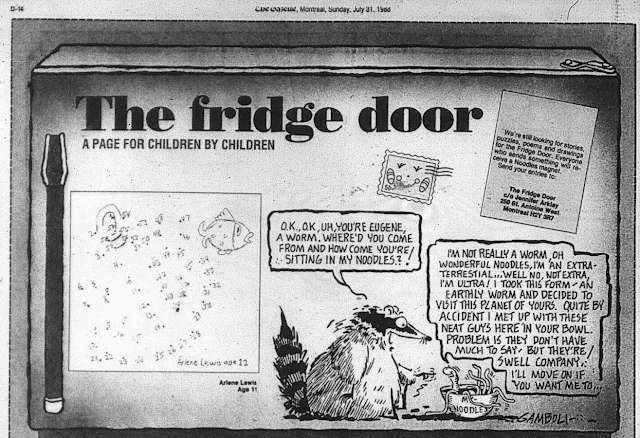 Naturally, Noodles doesn't take this news very well, preferring to think that this is some delusional worm with heights of fancy.  Next thing you know, Eugene will engage in a staring contest just to see how far he can see, which is quite the accomplishment for a blind species. 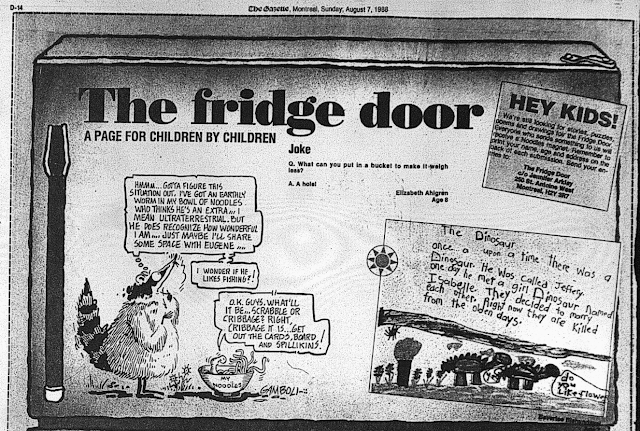 This calls for convincing some skeptical minds... 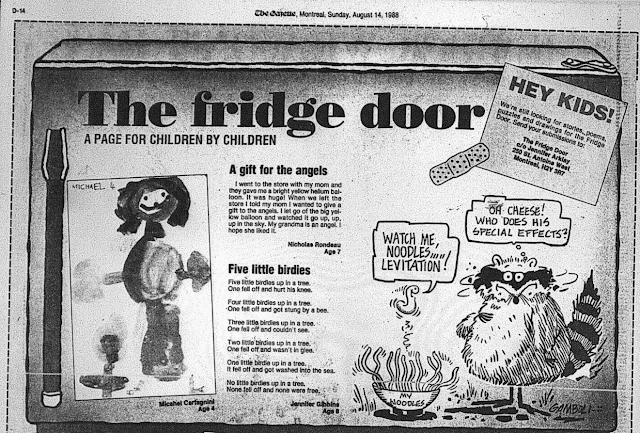 It really is a shame these clippings are only available in black and white, since I recall the colours on this page being quite psychedelic. 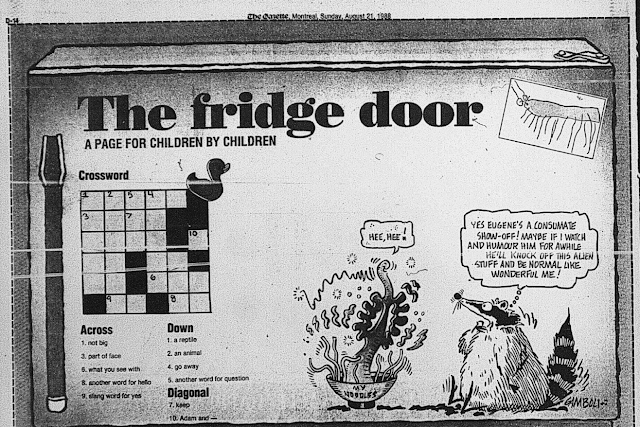 And after that sudden build-up, the suspense dissipates immediately with Eugene reverting back to a more normal look, much to Noodles' relief.  Everything's back to being ordinary now. 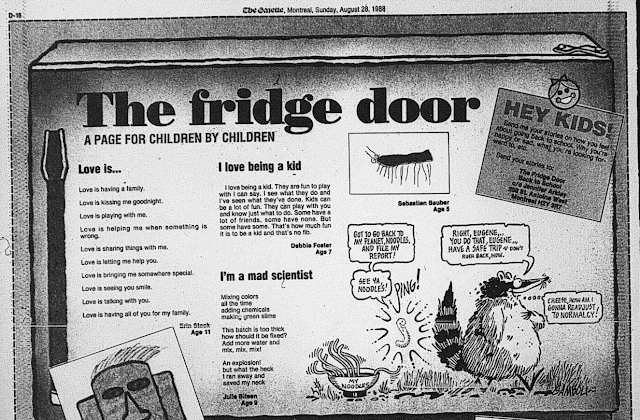 But ordinary isn't what we want around these parts.  Understandably enough, Noodles' noodles are despondent upon Eugene's sudden departure.  But don't worry!  He'll be back soon! 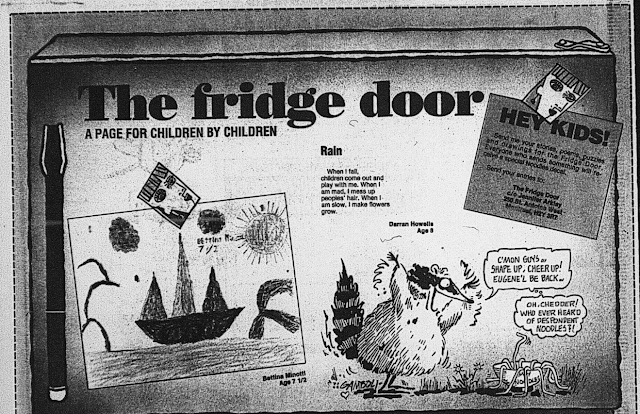