Closing out the year is the last batch of BC's letters and poems, which, surprisingly enough, revolving around Christmastime are pretty sparse. 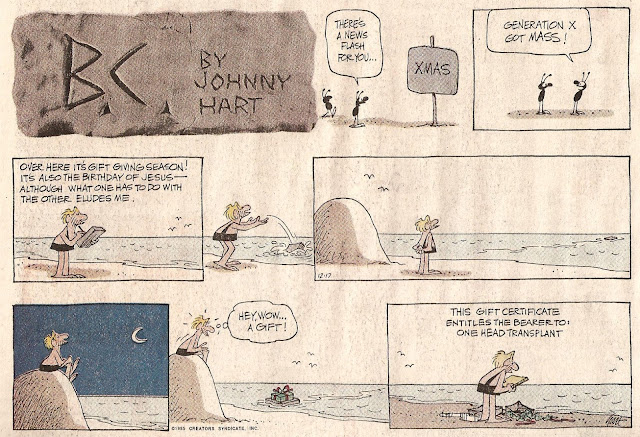 I suppose that once Johnny Hart got more invested in Christianity, he devoted more attention towards making symbolic comics than clever monological rhymes or back-n-forth transcripts. 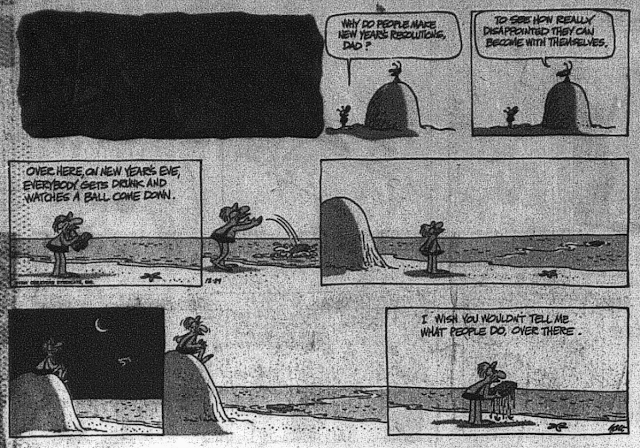 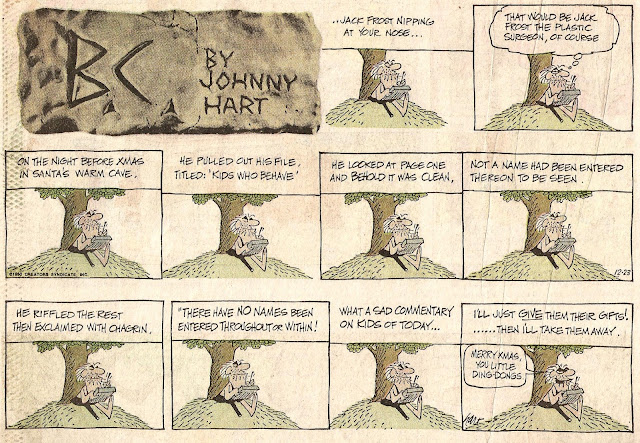 Looking over the results, the playing field is pretty sparse, so here's a bunch of miscellaneous letters & poems I was unable to properly categorize.

While going through my collection, I came across an April strip that I missed, because I was confused about when to properly show it. 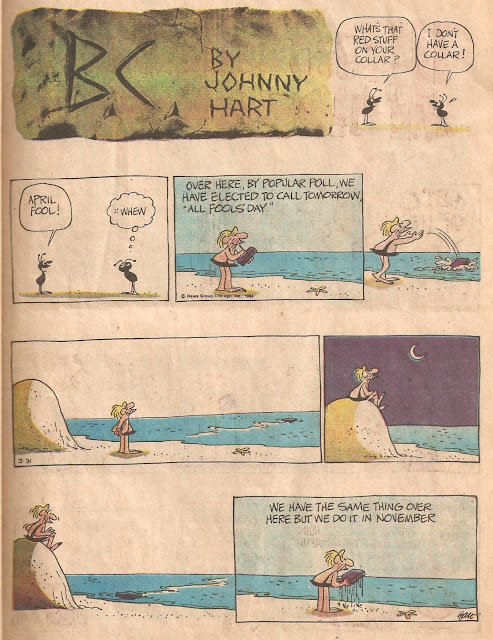 Then there was the fact that sometimes Peter's Pen-pal could be maddening vague in his responses. 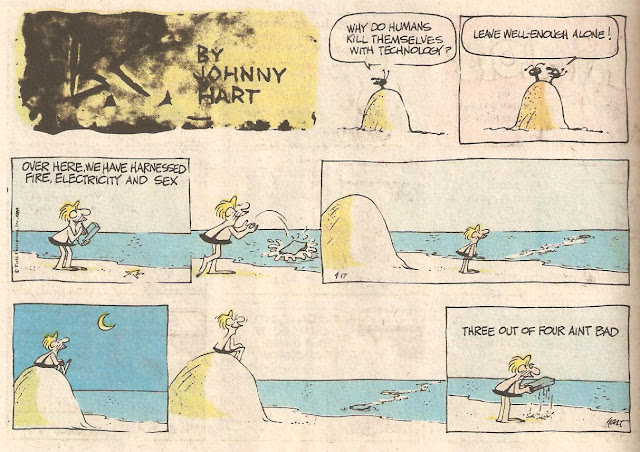 Then there was usage of innovation to spice up some letters.  Note the lack of a Night scene below. 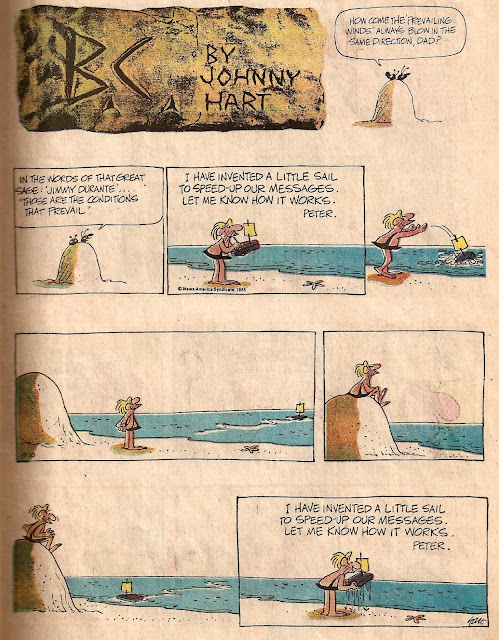 Soon, they started using anachronistic technology that years later, actually got an update. 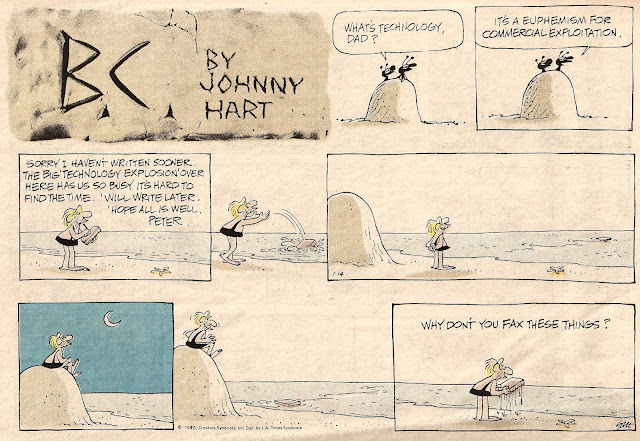 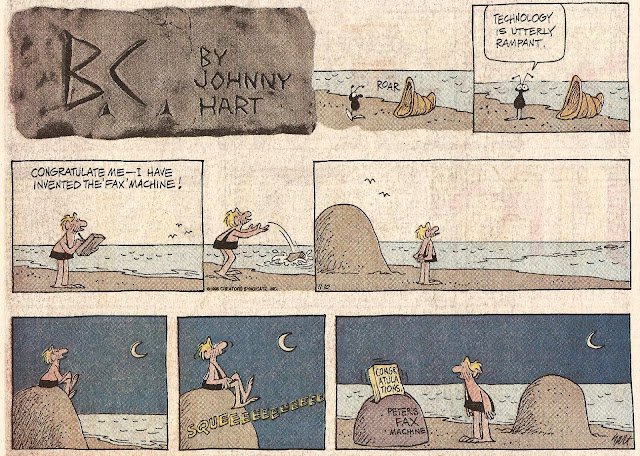 Then there was a reference to the Epic BC storyline surrounding the fact that we never actually knew what the invisible responder across the water actually looked like.

That lack of response could be attributed to a revolving door of various responders, depending on who bothered to answer the mysterious letters coming across the ocean. 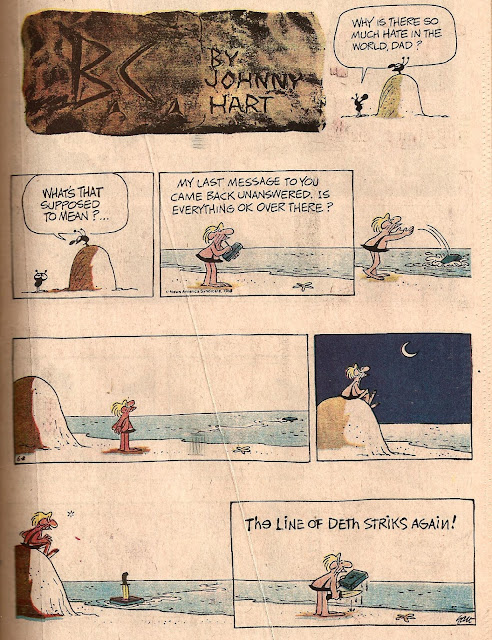 There were several strips revolving around Columbus Day that would've been better served around October, but given the amount of controversy surrounding the man, felt unsure about devoting further attention towards the issue.

Particularly since the second comic repeated an earlier joke.  That's one small world there. 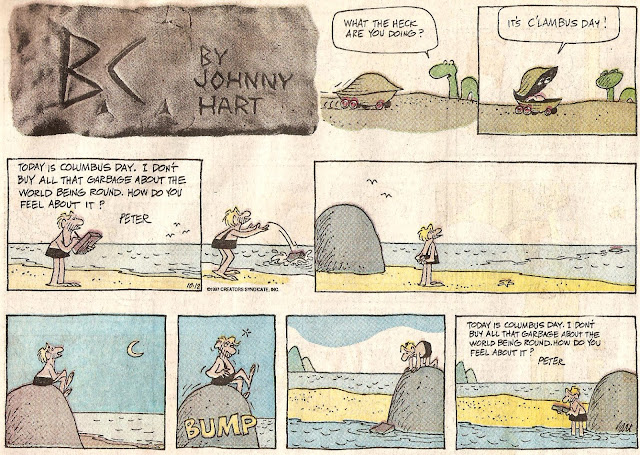 This one plays around with the format somewhat, by having the letter-writing action take place in the throwaway panel, and the return letter taking up the bulk of the strip. 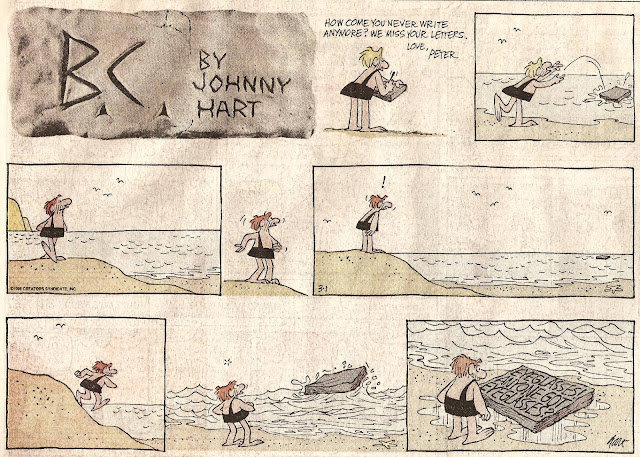 This is probably the wordiest letter Peter's ever written, full of name-dropping characters. 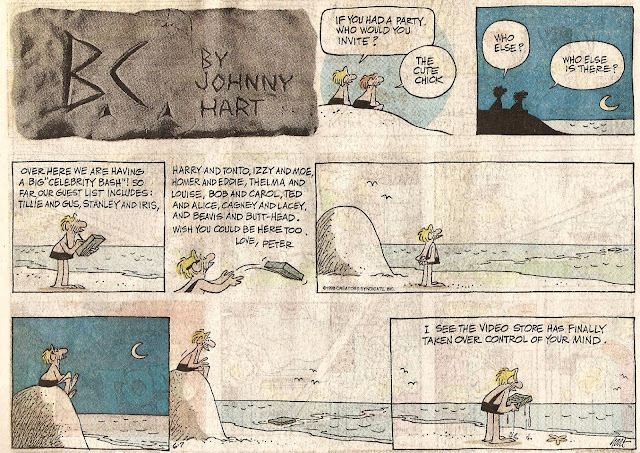 Moving onto the poetry angle, here's a quick ditty of Wily's numerous phobias. 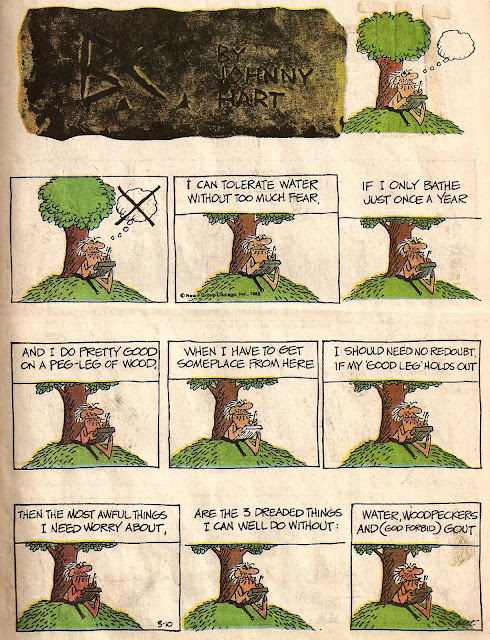 There were several poems where Wily's view of women was less than remarkable, and felt out of place during Valentine's and Mother's Day, when such celebratory holidays would've felt out of place. 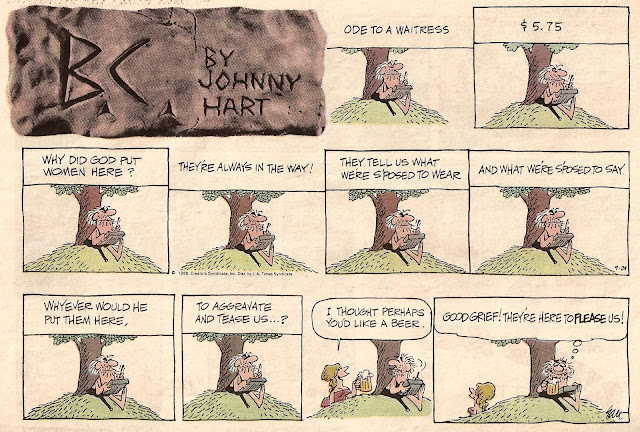 Then there's this, which has rose-coloured nostalgia for times of old, which probably never really existed. 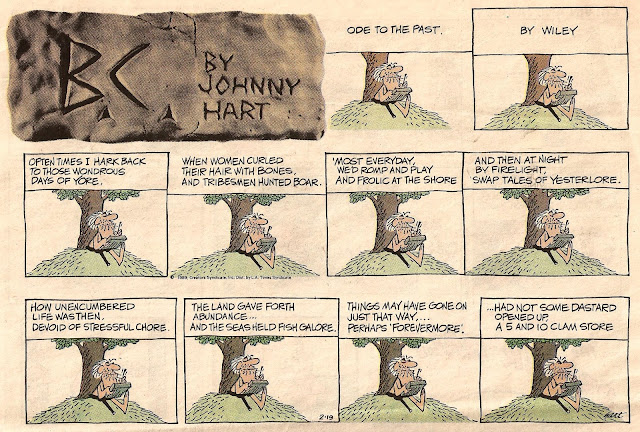 Of all of Wily's poems, this one has what I consider to be a fairly effective punchline, even though it could be considered triggering to some people. 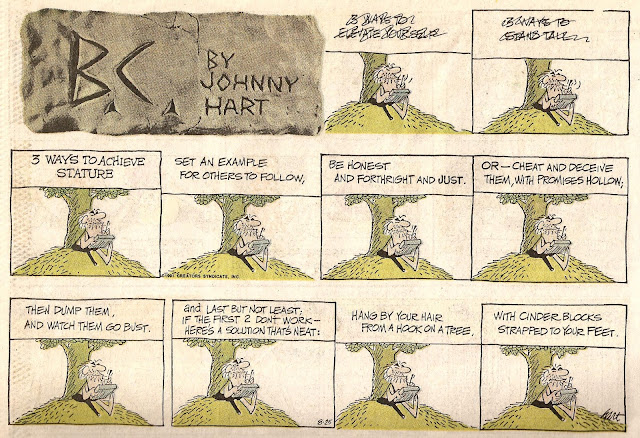