It's been a harrowing three weeks for me.  For months, I'd been receiving warnings that my Vista computer - that I'd been using for years with minor problems (a broken fan, the occasional data dump crash, caught viruses), would no longer be getting any updates.  After weeks of a yellow warning, that day of no further updates finally came.  To prepare myself for the possible inevitability that I'd no longer be using ol' reliable, I'd been saving as much of my recent files as possible, including the stuff I'd burned on CD and DVD on another laptop computer.  Especially after finding out to my horror that the old stuff that was saved in my LAST computer crash and backed up via sixteen CDs (computers had less memory back then) was getting harder to read, and had suffered data rot. 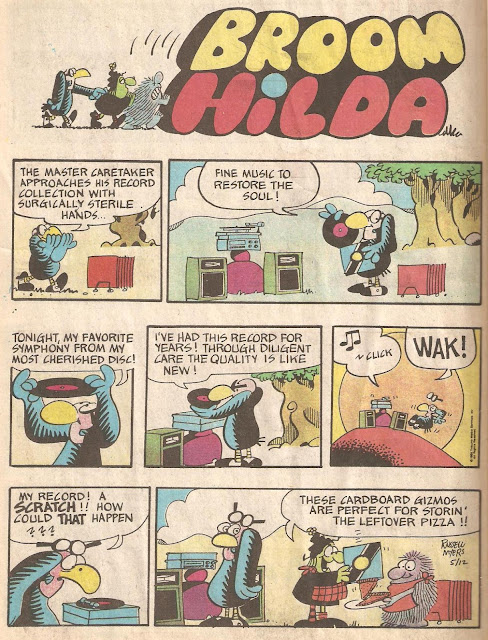 Of the burned stuff, only one DVD wasn't readable, but it was only contained a single obscure Anime title, Azuka Will Help, which I have no memory of, so there's not much lost there.  And the single corrupted comic image I had was easily found.

I'd been dreading the prospect of using Windows 10, after being less than impressed with their presentation (along with everybody else) and not liking their inability to have multiple folders conform to the same file settings, an uncomfortable image viewer, and no classic mode.  Fortunately, there are programs out there that'll allow me to reuse the efficient older versions, so I have some semblance of optimism there.

But that's not the main electronic device that made me upset to my stomach.  My Right Hearing Aid - the one I mostly depend on, since it's my good hearing ear - went on the fritz. When I put it on, there was a persistent whistling that drove me nuts.  I went to get it fixed, which took several hours.  Getting to the place, then waiting for my turn, getting replacement tubes, and waiting some more while they fiddled around with the thing.

At first, I thought the problem was solved, until it was found out that the whistling was internal. Ironically enough, when it wasn't whistling inside, it was whistling outside, where everybody else could hear. And when it whistled inside, nobody else but me could hear it.  At the time, I thought the main problem was that I needed new hearing molds, made out of silicone, which I hadn't done in a long time either.  This wasn't fully figured out until I was already at home, long after closing time, and the repair shop was closed on the weekend.  Anyways, I needed a replacement hearing aid - FAST.

However, in order to do so, I needed a recent audiologist report, which I hadn't had in about several years, the new regulations preventing my annual checkups to become routine.  I needed to take a hearing test to prove that I haven't been faking my Deafness all my life.  Well, okay, the actual reason is that a form is required to show that I'm still active, and in need of aid, but I like my explanation better.

Somehow, a requested rush test was requested, which wouldn't become available until the tester was available too, which meant several weeks of delays. And in the meantime, I only had one working hearing aid on my left ear. The whole while, I was dreading my remaining hearing aid going on the fritz too, since it hadn't been upgraded in a long time either. If THAT one went too, I'd be in BIG TROUBLE.

So when the available appointment time came, I was notably upset, because it was raining that day, and had been raining all that week too. And I hate getting wet.  A consistent running joke around this time of year is that I preface the lousy weather by proclaiming, "At least it's not snowing so hard we can't make a fire".  Only people who didn't devotedly read a certain newspaper strip growing up understand the reference.  (i.e., my parents)

The only way for me to get there on time was to take a train that would have me be there an hour early, when I could've used that time for doing other stuff. So I went there, had a quick lunch from a nearby place that sells Amazing Pita Gyros. (I always request them to leave the sauce off, which I can't stand, and have had to check to make sure they followed my instructions, which they don't always do) As good as it was, it wasn't what I Really was in the mood for - General Tao Chicken, which was all the way on the opposite side of town, and would've been a time-wasting a delay that I couldn't afford the risk of.

So lunch rolled over, the secretary came, and figured that I'd be called upon anytime soon. I waited five minutes, ten minutes, fifteen minutes. At the half-hour mark, I was getting nervous and irritated. I looked for the secretary, but she wasn't at her desk. When she showed up sometime later, I asked where the person doing my test was.

Turns out she forgot to tell my hearing tester that I was going to be seeing her THAT DAY.

After some pained internal screaming and wondering how she could've messed up something so laughably simple, was told that she would see me an hour from now. Which Really grated on my nerves - I could've picked up my General Tao order without any consequences. Now I had to wait another twenty minutes or so for my long-delayed appointment to come up.

I passed the time fuming, pacing the hallways, unwilling to allow myself the luxury of sitting still, filled with pent-up energy with no outlet to release them. After going up and down the stairs several times, my tester finally came. I was able to pass off my irritation through good humour, and got into the minuscule sounding booth where I finally took my test with bulky headphones over my glasses, and clicked the buzzer whenever I heard any sounds I figured didn't come from the ringing in my ears.

After that, it was just a matter of sending the report over to my Hearing Aid center, and I'd get my new hearing aid.  But before that, I went to get my long-neglected order of General Tao Chicken.  The place I go to puts something resembling pure MSG in their sauce, and I go into withdrawal symptoms if I don't eat it on a regular basis.  The downside to this was that eating two takeouts on the same day was extremely heavy on my stomach, and I didn't sleep well that night. 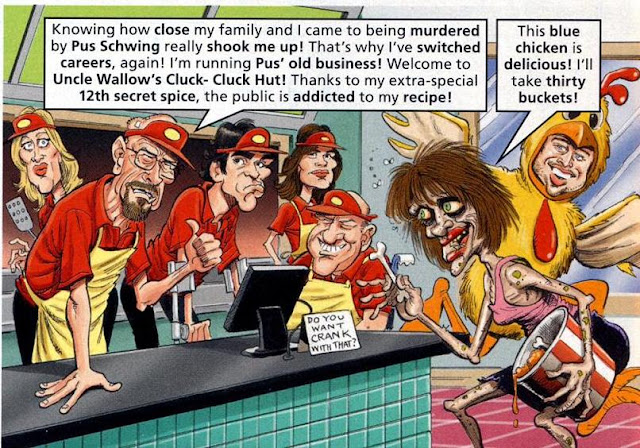 When the report was finally available at the Hearing Aid center, I eagerly went for my latest appointment, looking forward to getting my regular hearing back.  After being handicapped at half strength for so long, they helped me out by giving me a minor hearing test on my right ear to reassure my fear that I wouldn't hear anything out of there ever again.  However, the business had long since switched owners since I was a baby, and the new people in charge weren't as familiar with me as the old ones were, who I'd maintained a sort of familiarity with.  The procedure consisted of taking my hearing aids off, inserting some kind of hearing wire inside my ear (after checking inside my ears using a light - I never know what they're looking for inside there), and then pushing my hearing aid inside.

The procedure took multiple tries, and my frustration wasn't alleviated any by the handler who simply didn't have any idea of the proper way to squeeze in a hearing aid mold, obviously never having worn one himself.  I told him that the trick was to turn it, like an oddly-shaped key, not wedge it in, like an unusual square block in a round hole.  But he didn't take my words to heart, no matter how many times I told him.  That, and for someone supposedly used to talking to hard-of-hearing people, I had a tremendously difficult time understanding him.  (He hardly moved his mouth or gestured while he talked)

If it weren't for the presence of another co-worker who was familiar with me, who faced me, and clearly explained the process to me, I'd be much more frustrated than usual.  She said the wires was supposed to help gauge my hearing range, and vaseline would be applied over my new molds to make them easier to slide in and out.  After that, it was a simple matter of hearing the familiar testing beeping sounds increasing in pitch and frequency along the likes of "Do doo doo Doo DOo DOO TOO TOo Too To to."  (It loses a lot in the retelling)

Once the range of my hearing was programmed into my replacement hearing aid (which would've cost me upwards of $400 without proof) I was able to feel a contented breath of relief.  Even if my new hearing aid has a new on switch I'm not accustomed to, and the battery placement is still perplexingly enough, opens right on top of the ear mold, making exchanging expired batteries more difficult than they should be.

Long story short - I've got a new hearing aid now, and don't have to worry that I'm getting any deafer in one ear, and my remaining hearing aid could potentially self-destruct any moment now.