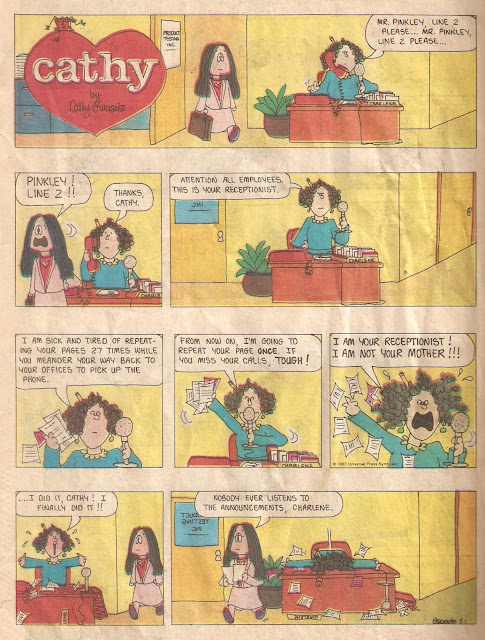 March 8th, Women's Day may have come and gone, leaving behind the stench of Feminism in the air but now that bit of token respect has finally left us, we can devote our full time and energy to totally ignoring what silly business comes out of their little mouths.  After all, these are the weaker sex that has declared a war against our freestyle way of living, so it's only fair play that we men engage in nothing less than total warfare against them. 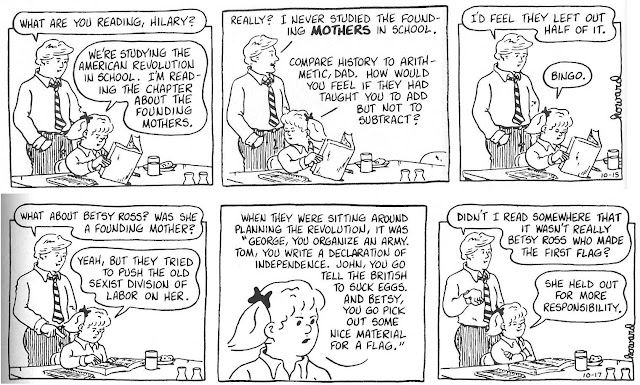 It's not like women have contributed that much to history.  Well, other than giving birth to us, and siring our children.  That is, unless they cheated on us with the Milkman, in which case, those bastards can get along just fine without my support.  I never had a Father figure to look after and beat me up, so I don't see why they should take advantage of me.  I have no problem with beating up the little brats - I need to vent my frustration somehow - for some reason, every woman I've dated refuses to have anything to do with me.  They should be impressed by how I whip these traitorous children with ease.

Only Men are capable of handling deals that demand respect, because people worldwide respect the sound of an authoritative voice that brims with confidence, not a weak-skinned squeaky voice begging permission to use the bathroom. 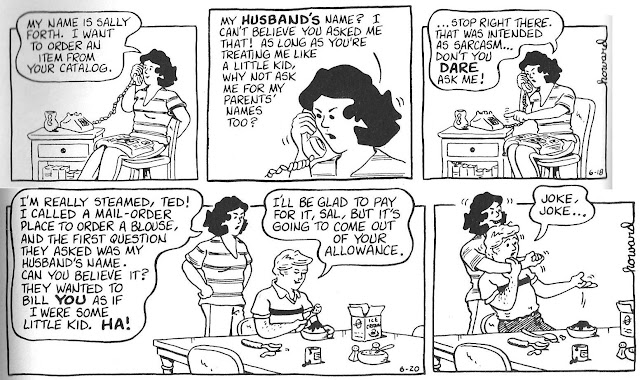 If it weren't for Men, nobody would be making Women's silly little requests understood, and nobody would help in the first place.  Not unlike the Emergency Room that disbelieved a woman's claims that she was suffering, because who can possibly gauge the pain level of women who never let us know what they're feeling, no matter how much it bothers them?


Man: Tell me what's wrong.
Woman: If you already know, you shouldn't have to ask.
Man: Well, I DON'T know.  And would like some clarification.
Woman: I'm not telling you, because you never believe me.
Man: Try me.
Woman: Alright.  Everytime I tell you something personal about myself, you gloss over it in favor of your own perceived conceptions.
Man: Oh, now that's just nonsense.  You simply can't believe that.
Woman: SEE?!  You're doing it, and you don't even realize it!!!
Man: What??  What'd I say?

There's no reason for women to complain about how harsh life is for them.  They have no idea what it was like back before the olden days of Ipods and Tablets.  There's all kinds of gadgets that make life easier than ever to live through.  All you have to do is pay for them, and the world's your oyster.

For all their complaining, it's not as easygoing for Men as women make it out to be.  The Man is saddled with the burden of being an Übermensch, or Superman, while women are only expected to be an all-purpose SuperMom. When things get too hot, they get back into the kitchen.  Men don't have that luxury.  Sometimes we have to make our sandwiches ourselves, because these women won't cut off the crusts, no matter how much we remind them.  And there's no app for that.

A recent totally biased social experiment found that when two workers in the same company switched their genders, their customers treated them with less respect than usual.  The woman got lavished with undeserved praise, while the man got unfairly bashed.  After suffering through the woman's routine for a mere two weeks, the man conceded to her POV.  The man has fallen victim to the trap known as "Empathy", and we should not mourn his passing, since anybody who falls for such an elaborate ruse is no longer worthy of notice.  Any reasonably well-off person would've instantly known the gender of who they were talking to, by the precise way they pounded the notes on their keyboards.  Sexism is not a symptom, but just a convenient excuse.  After all, I've never been hit on at work, and never had to suffer any of these so-called problems they're complaining about.

The lie that Men don't work as long and hard as women is simply untrue.  Men devote their time and energy to more fruitful pursuits.  It just happens to look like unproductive play to the casual outsider, but to those inside the inner circle and proper know-how, there's a confluence of details.  A wealth of information being traded in a rapid manner that belies the high-speed communication of rapid transit.

While a woman's voice is intended to sound soothing, it actually rankles the ire of those in the know.  Women just have a condescending voice that reeks of knowing something that they won't share with us, no matter how much we beg and ask.  For all its portrayal of futuristic utopia, there was one area that the producers of Star Trek failed to show accurately.  Despite opinion to the contrary, crewmates would be constantly arguing with the Computer on the ship.


Captain: Computer, what is our ETA?
Computer: Approximately five hours, sir.
Captain: That doesn't sound right.  What time are we Really arriving?
Computer: Five hours, two minutes.
Captain: No no no, I don't believe you.  Can't you give me a more accurate reading?
Computer: Three hundred and one minutes, thirty seconds at the tone... BEEP.
Captain: (Pointing at random male crewmate) You there, what do the readings say?
Crewmate: Five hours, sir.
Captain: There!  Was that so difficult?  Honestly, you can't trust machines to give you what you want.  Computers!  They're so unemotional, if you know what I mean.
Commander: No, I'm not entirely sure I do, sir.
Captain: Well of course you don't.  You're a Vulcan.

When they're not complaining about the amount of work they have to do, women are fostering off their work on others willing to do the job for them, so what are they so upset about?  They're learning how to delegate.

Just as inefficient is the toothless threat of not having any women work for a full day.  That saves us the meager pay that we'd have to shell out for their services, which is rightfully lower than our inflated salaries.  We pay for the bare necessities, such as the car, gas, house, boats, planes, guns, drugs and bribes.  THEY waste their moolah on frivolities, such as skimpy clothing, high-heel shoes, makeup, plastic surgery, books and food.  (No fat or ugly chicks allowed)  There's no need to make so much of a fuss about having to deal with the mindless things they do - I'm pretty sure we'd be able to handle the small stuff they have to deal with on a daily basis.  How hard could it possibly be? 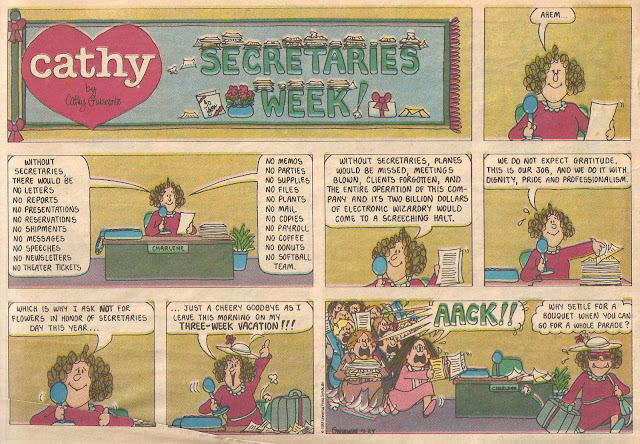