Recently, there's been some kind of nonsense regarding a lover's spat between two people in the gaming industry, one who may or may not have had outside martial relations with a game reviewer who gave a review to an experimental game that was supposed to foster feelings of a suicidal nature.  (The given the review part, not the slept around part)  Not unlike that first episode of The Critic where a Sharon Stone-esque actress pretended to be interested in Jay Sherman so he'd overlook her faults, and give high marks to a movie without ever actually seeing it in the first place.  Sure, plenty of games are frustrating enough to the point where we're biting our controllers in half from constantly running off a cliff or being surprise-attacked by a rogue sniper near the checkpoint flag, but the purpose of the industry is to indulge customers to keep coming back for their next fix.  Having an upspike in the mortality rate would only scare off our more lethargic clients rather than attract daredevil customers who are more likely to brave crowds of rowdy competitors than boring menial tasks like raking leaves.  Those enemies aren't going to die by themselves, you know.  (Unless they play Depression Quest, which I have no interest in, let alone finding out what it's really about)

All this fuss is just taking attention away from their feminist agenda, which is NOT to foster equality and fair pay between sexes, but to undermine Man's role in the universe, and make a laughingstock out of him, demeaning his position as lord and master of the universe.  To get an idea of what having more women in charge is like, just imagine a giant stiletto heel grinding down on your balls... forever.  Now, unless you're a masochist into that kind of thing, this is the kind of agenda that only appeals to wimps and traitors everywhere.  Asking for respect in the gaming industry is only the beginning. Ever since woman offered man a piece of succulent fruit bursting with information, they've been raising a stink about everything ever since.  If Eve wasn't selfish enough to save that apple for herself, she alone would've been cast off, while the rest of paradise would be left in the company of men.  (Of course, we wouldn't be able to memorize baseball scores, so there's kind of a trade-off there)  Women have been responsible for postulating all kinds of ideas that for better or ill, brought grave consequences that would be better off being kept away from the spotlight.  If they didn't raise such a stink about inconsequential things such as child labour, slavery, forced prositution (the best kind!), underage pornography (okay, anything younger than 12 is pushing the ick factor), mental institutions, cigarettes, calories, high carb, sugar, manners and pretty much anything enjoyable in life, the world would be much better off.  It's no secret that constantly casting every bad thing that happens in the world in a bad light is responsible for sucking away the fabric of enjoyment in life.  If we had to pay attention to all that junk, life would become unbearable to the point of insanity.  That must be why women are insufferable - they don't know how to tune out that senseless noise.

This is further exacerbated by their constantly nagging us to get enough money for inconsequential things such as mortgage, rent and food, as well as wasting valuable cash on presentable items for the womenfolk themselves such as makeup, undergarments and shoes instead of essential items like toilet paper and beer. 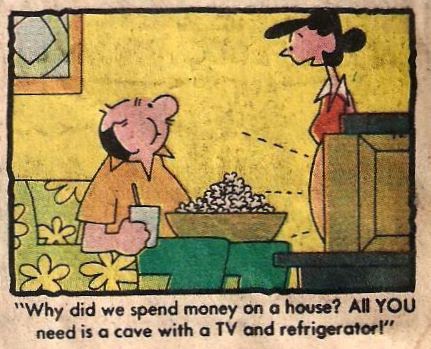 Whenever the weaker sex have gotten involved with anything they obviously just don't understand, they've wound up ruining it... FOREVER.  When women got involved with Comics, they introduced Manga, a Japanese import once featuring manly men and bloody fistfights, until they wound up effeminating too many male characters, which ruined Graphic Novels... FOREVER.  When women got involved with novels, they released lousy bestsellers such as the Scarlet Pimpernel, Frankenstein and Harry Potter, which wound up ruining literature... FOREVER.

Obviously, if we allowed women to get involved with movies, the resulting backlash would be of such epic proportions that it would wind up casting a shadow over every cinematic accomplishment throughout history, blotting them all out to the point of inexistence, and making Battlefield Earth look like a cinematic masterpiece in comparison.  Sponsoring an experimental low-budget movie that doesn't follow the Hollywood Blake Snyder Save the Cat! model is just asking for trouble.  And even if they somehow managed to release a hit title, it'd obviously be an aberration, that could only happen once in a generation, or it'd be shamelessly marketed to specific audiences based on hype, since there's no way that such a creation could possibly exist. It's hard to believe, but there was a time not that long ago when the Barbershop was the principal domain of MEN, not women, giving a safe refuge from the toils of everyday life.  (Real men, not the faux-men that exist today)  Then our sanctuary was invaded by women and children, and our bastion of male identity was weakened so as not to scare them off, and our cultural identity was forever lost.  FOR - EVER. 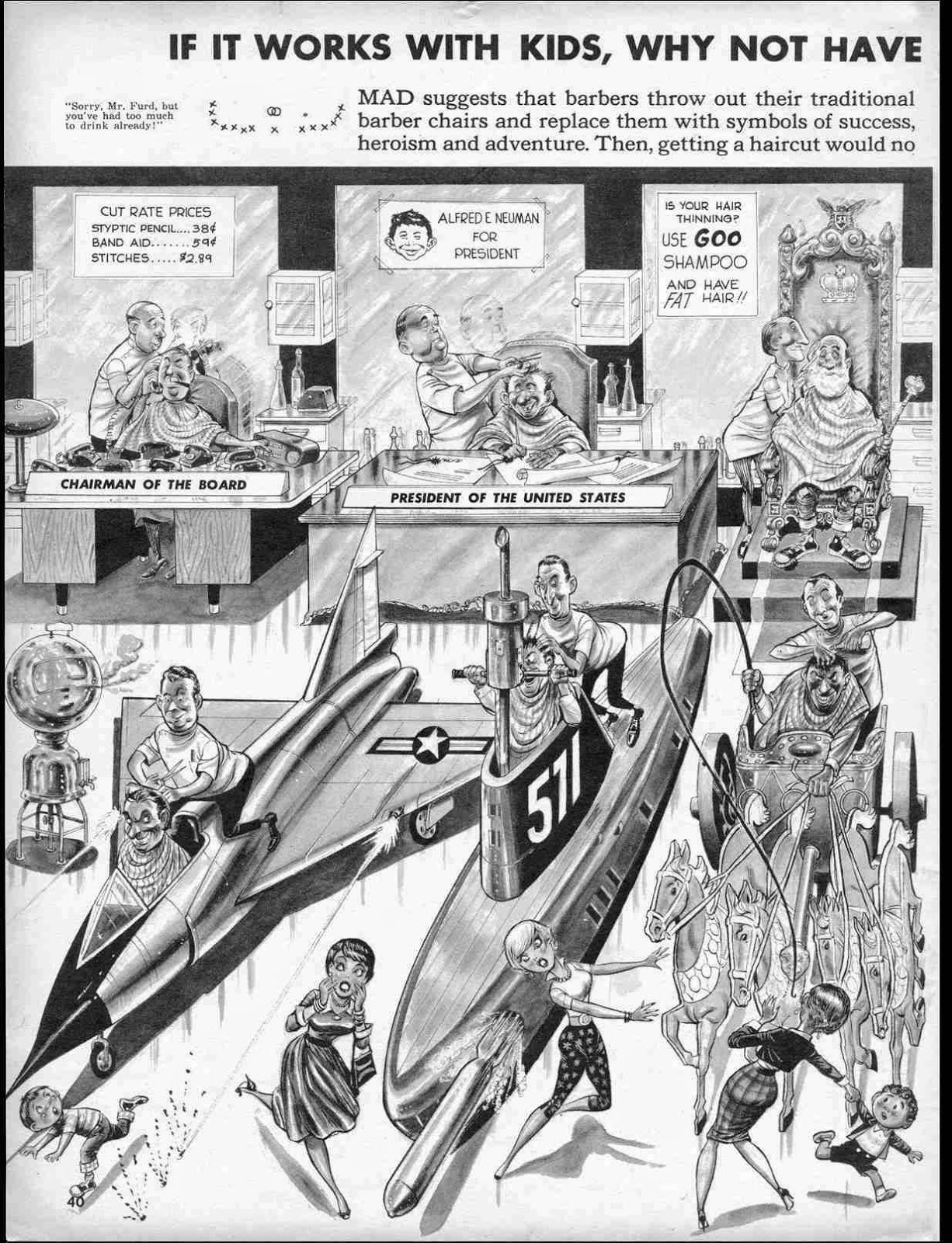 Now, it's hard to imagine anything involving the hairstyle industry as being anything that caters to anything other than women, which has cut us off from something that was singularly ours.  If we allow women to interfere with our lives, they'll continue clenching their harpy claws into every establishment we own until there's nothing left but the dregs of society, and who wants to get stuck with that??  Obviously, the best - nay, the ONLY - recourse against this is to threaten, demean and outright force these women away from getting anywhere close to our valued palaces of worship. The level of enjoyment of a group of men with women can be condensed into a handy-dandy mathematical chart:

Getogether with a bunch of men: Number of men compounded by the number interested in the same hobby as you X number of men with similar interests 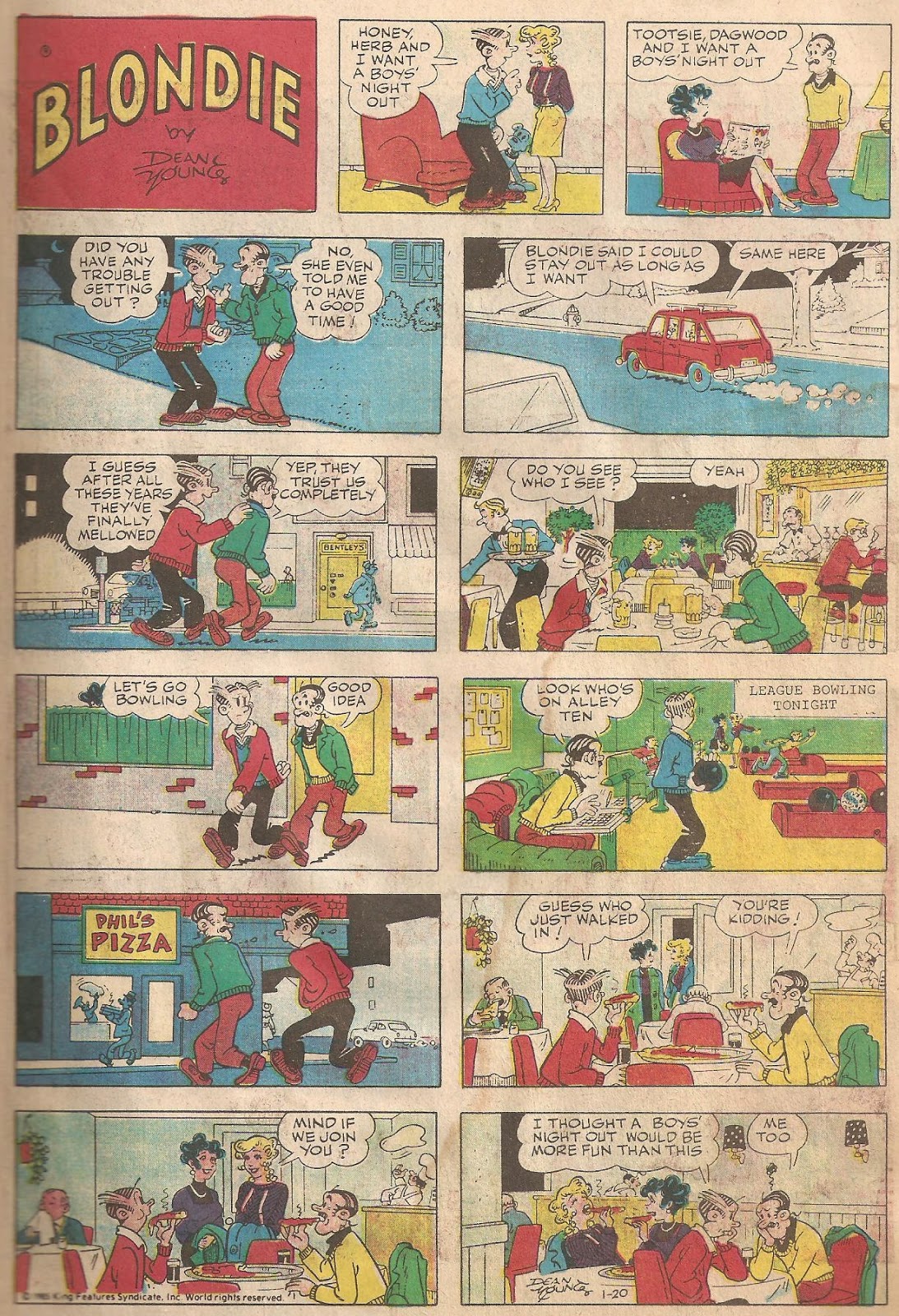 As you can see, the mere insertion of women into the fragile fabric of male society places their social standing in severe jeopardy.  Why else would we be so virulently opposed to a change in the staus quo?  If we had to take the opposite sex's feelings in question, our enjoyment factor would dip down into the negative figures, well below the boolean line, plunging our existential crisis into a circular spiral of depression, ultimately culminating in suicidal thoughts, vengeance fantasies and binge eating.  Do you women want to be responsible for the deaths of thousands of men on your hands?  Now, you may not have pulled the trigger, but you certainly cultivated the passive-aggressive stance that made it nigh impossible for any of us to voice our displeasement without the need for violent opposition.  Fighting back is the only sensible choice any of us have in preserving our natural way of life, and being party animals the way God intended. 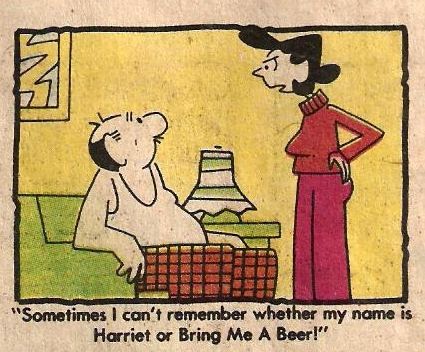 What is the proper place for a woman?  Check all that apply:

What is the worst place for a woman?


There has been call for larger representation of the fairer sex in Video Games, such as instead of showing lovingly crafted revealing costumes like those in Queen's Blade, Code of Princess and Dragon's Crown, to create sensible clothing for (hah-hah) female assassins, as if female assassins ever existed.  Attempts to appease these insatiable women for sensible clothing has resulted in the Hawkeye Initiative, which is frankly, ridiculous, since no man would wear willingly wear such flimsy clothing in the first place.  The whole appeal of Lara Croft was that because of the first-person camera perspective, we got to admire her most remarkable traits without ever having to see her polygraphic face.  And these modern women would want to deprive us of what is generally considered a strong female protagonist.  If it were up to them, the only acceptable action figures would be dull matronly figures devoid of humor and personality, or pink sparkling vampire unicorns.  Don't ask us how we know this - it's basic internal knowledge gleamed from numerous failed attempts to appeal to their demographic.
These women's arguments would be more convincing if they weren't distracting us from our duties by constantly flaunting their frontal assets and cabooses for the world to see.  They knew the risks of being part of a world that's larger than their tiny minds can possibly convey.  There's not enough room in the industry for two genders, and only one can be allowed to dominate.  If we rant and scream against them, it's only to see if they can pass our initiation rituals, free of the telephone booth-cramming, raw egg-eating, ass-paddling that would be extremely off-putting for weaker fans not fully devoted to their cause.  It's only because we love our hobbies so much that it looks like hate when taken out of context from the outside.  If they didn't want to be constantly harassed, they should've known their place in the first place.  As the old saying goes, if they can't stand the heat, they should get back in the kitchen.

Therefore, I've started up a new organization with its catchy title of The Outraged Outlaw Thesis United Founded Formation Biased Against Women (or TOOTUFFBAW for short).  My organization is devoted to making sure that everything good and wholesome remains as awesome as they were in the good old days, and that everything stays the same as it's always been.  It's also designed to call out women for the crimes of having brass ovaries, being too bossy, and not being born male.  There's no need to shake the status quo, unless we don't like it.  Otherwise, why make a fuss?


The host managers would like to remark that the views and opinions expressed on this site reflect those of the company and management, and proudly stand by this writer for telling it like it is.