Generally, when it comes to gatherings involving large groups of people, I'm reluctant to attend, even when they're mandatory. 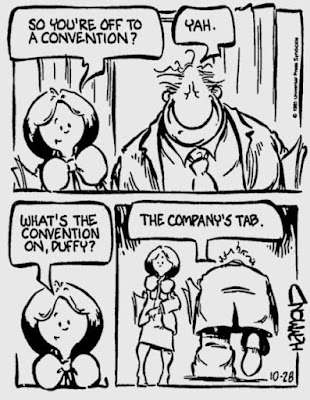 The reason being that when I'm forced to associate and mingle with people I'm only familiar with in passing, or even family members I see once a year, it takes me a long time to unwind.  Not just from stress of the upcoming meeting, but also from being around so many people in the first place.  Some people get claustrophobic in crowded places.  I get claustrophobic in crowds. 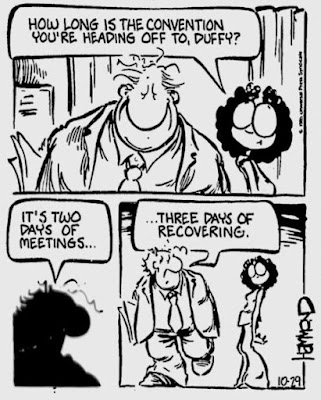 Since I hardly had any friends growing up, I pretty much had to find ways to keep my interest engaged by indulging in activities that were most accomplished in solitary.  (Such as going to the library, reading books, movies and TV shows on my own)  I wouldn't have been able to survive otherwise. 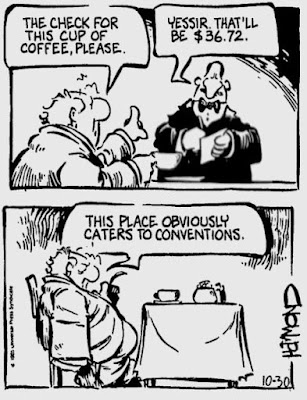 And being thrown back into unfamiliar social territory that everybody else mingles in their element is anathema to me.  One thing that obviously upset me was that the mere act of having to socialize was the costs involved.  It'd take money to go out and see movies without subtitles.  It'd cost money to go out for eats at fast-food restaurants.  Money that could be better put to use buying Videogames and Comic Paperbacks.  I didn't have a reliable source of income, so finance was a heavy burden, and I struggled for new ways to save pennies here and there.  So what if collecting empty coke bottles gave me strange looks in my direction?  I was profiting from these actions, and they weren't. 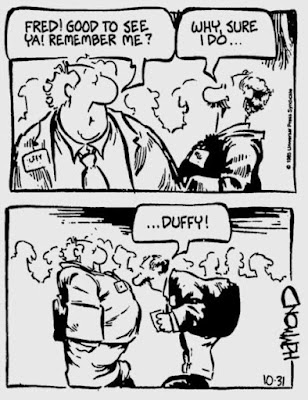 Now that I have a stable income and can afford to splurge on stuff I would've been terrified to waste potentially hard-earned cash on, I don't really have anybody to share them with.  I've been trying to expand my social experience (what little there is) on outside activities beyond my expectations. 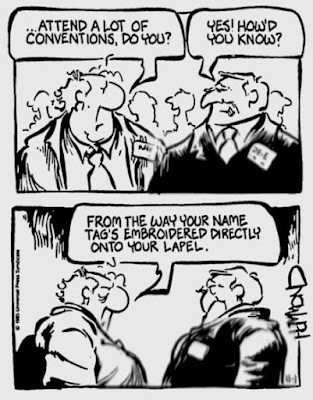 For the last New Year's Day party, it was brought up that everybody should wear nametags, so I would have some idea of who I was speaking to.  I generally forget the name of anybody who I haven't seen over a two-week period.  So, expecting me to instantly recall the name of a relative I saw only last year is like the worst surprise exam on a lazy student with no prep time.  And even when given a list, I could hardly remember whose names went with which picture.  This year, I was able to more cognitively recall whose names was whose.  Let's see how long that lasts. 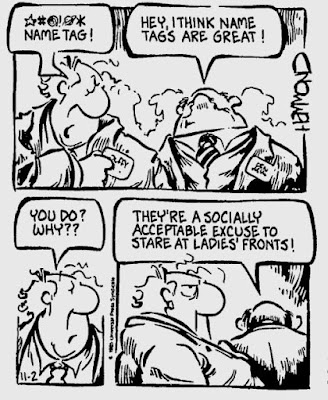 There might be some stigma attached to wearing nametags displaying our names for the world to see (a complaint I never really understood), but it saves me the embarrassment of having to try to recall someone's name and fail constantly.  Asking for someone's name seems like an exercise in futility, since it always seems like everybody knows my name, so by extension, I should know everybody else's.  The only real downside to nametags is that they can stick holes in your shirt (if they have safety pins), rub around your neck (if they're on strings) or they fall off too easily (weak glue). 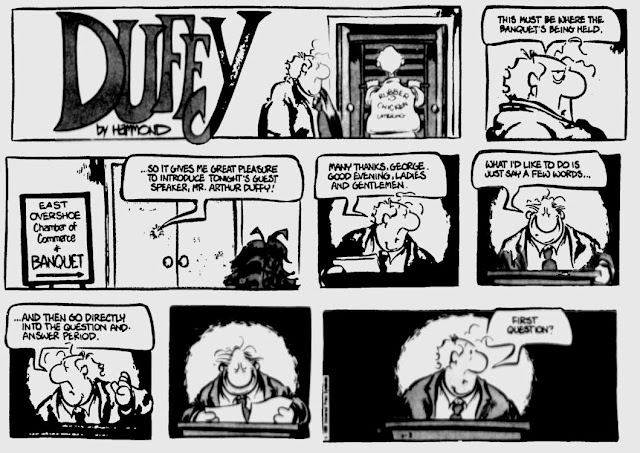 The only time I seem to flourish in social settings is when I'm given a chance to speak.  While public speaking is seen as one of the most anxiety-provoking moments favored only by death, I relish in these rare occasions, since it's a chance for me to be heard.  I don't need to worry about listening to audience feedback - I just have to make my succinct comments, say what I want to say, and leave. 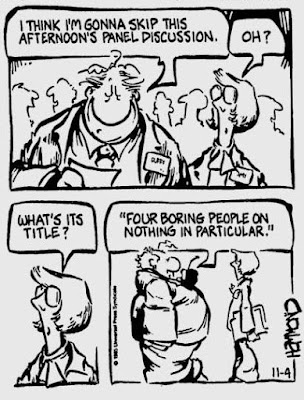 Pretty much the ONLY reason I bother attending any parties or group functions I'm invited to in the first place is for the food there.  I don't exactly go for the scintillating social conversation which I wouldn't be able to understand on account of all the noise.  (People shouting to be heard over the background of people trying to be heard) 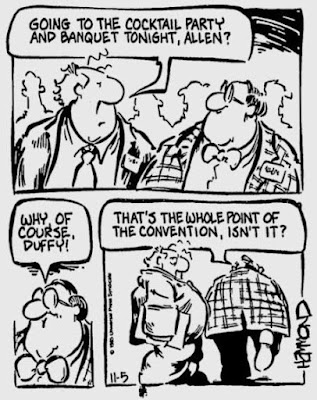 I've been attending a weekly cooking class that takes place at random locations for about six months now.  The volunteers are warm and friendly, and the classes are reasonably small, consisting of mostly elderly people, never having higher than ten people a lesson.  The only negative is that they increased their attendance costs for materials from $2.00 to... (ugh) $3.00.  Even though the increment is almost negligible, I still get separation anxiety from forking over my loose change.  (Some things never change) 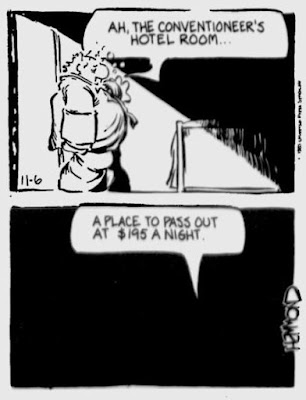 And yet, despite their friendliness, I still struggled to get the courage to strike up a conversation with these complete strangers.  Unless it involves a specific request, such as the location of where the knives or grater is, I'm a total loss with open-ended dialogues, because I have no idea where the conversation is supposed to go from there.  (I like to know the results from my answers beforehand)  I haven't had much practice in advocating my right to be understood, that people need to face me, speak slowly and clearly, and emphasize certain key words; because they constantly forget they're in the presence of a Deaf man.  But constantly compounding on these reminders all the time for new people, and reminding those who already forgot, as well as trying to understand their speech patterns is physically and emotionally draining.  (Even more so for someone not used to doing this so much) 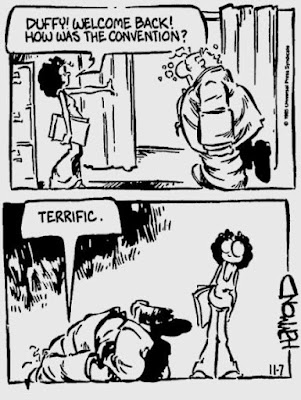 It was only recently that it was suggested that I have the volunteers and students wear nametags for the same reason for the relatives at the New Year's party - so I wouldn't have to constantly worry about memorizing their names when the time came.  And there'll also be an assistant attending me for future classes, so I won't feel totally alone.  I flourish better when I have somebody who can act as an intermediary between myself and new people. 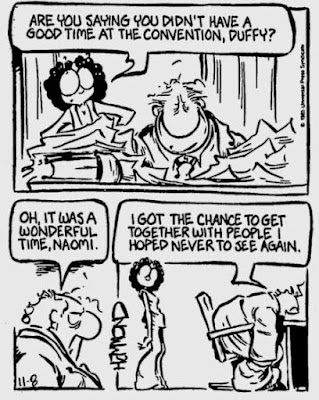 Even so - don't expect me to instantly become a social animal.  The euphoria I get from meeting with people still can't compare to the rush I get when surrounded by familiar elements, such as readable papers filled with intriguing stories.  (At least stories have the benefit of plausibility, and knowledge of where they end) 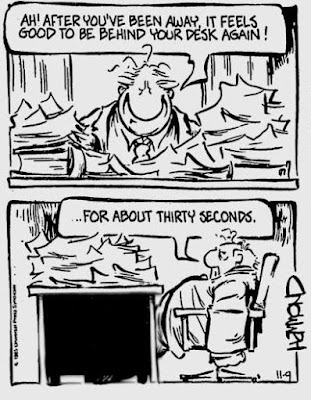