A Window into my Life

Things had been quite hectic at my Parent's house last year.  There was a lot of minor construction being done, which involved re-roofing the tiles, installing new insulation, exchanging Gas Heating for Electric, a new electronic reader, and installing new Windows inside the house.  (And I'm not talking computer software here)

This last renovation took longer than the others, since my Dad was rather finicky about making any rash decisions that could impact his living conditions.  He's solely responsible for yard maintenance, mowing the lawn, pulling weeds, doing minor repairs, shoveling snow, and other tedious little tasks to make the lush greenery on the grass look presentable.  He's admitted that he's had nightmares of the hedges surrounding the yard suddenly being ripped from their roots and replanted upside down.

In order to find the kinds of windows he was looking for, he was looking all around, comparing different dimension strengths, checking their advantages and disadvantages, looking for industrial strength that would not only keep the circulation of air during hot and cold weather, but also factoring in different opening options that would be best.  In a sense, he was literally window shopping. 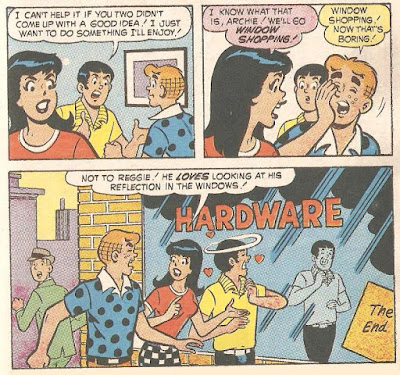 Then, once he finally found a choice he was satisfied with, he started doing measurements, checking the dimensions of the replacements, and making sure that when the new frames were installed, whether the blinds would still be able to fit back once the replacements had been set.  These new windows weren't just being put inside where the old ones had been - no, the whole frame would change dimensions, potentially covering up the screwholes where the old blinds used to be.  Otherwise, that'd require drilling new holes into the foundation, something he wanted to avoid if necessary.

This momentous task wasn't something he wanted to rush into, so by the time he finally made his choice, it took him three years.  (I also mentioned he's a slow eater, which factors in his decision-making skills as well)  My father is the opposite of those TV sitcom dads who go around fixing things beyond repair due to their technological know-how.  No, he'll do major prep time, do calculations over and over to make sure the numbers are right because like me, he hates making mistakes.  The difference between him and me is that I like to get things done, and experiment around, not belabor a product that may never come.  Ironically enough, this work ethic doesn't apply to my writing.  If I get interrupted when I least expect it, it throws a wrench into my plans, throwing my whole planned schedule out of whack, demotivating me to the point where I don't even bother jotting down my ideas in the first place.

When the day finally came to replace the windows on the second floor, I helped him with shuttling the blinds from the bedrooms, bathroom and computer room to other locations, such as the guest room bed, the basement table, and a carpeted bedroom floor.  The actual installation took just a little less than an afternoon.  Yet, after that, the blinds were left off the new windows for at least three weeks.  This meant anybody within viewing distance could just peek into the upper floors of their house with the proper viewing equipment.

This was quite problematic for me, because I relied on having these blinds block the light streaming into my eyes.  It was most problematic for my Mother's office, because the sun happened to be strongest from her direction.  A stopgap was applied by having a towel draped over the metal area where the blinds used to be, reducing the glare somewhat.  Most problematic was the bathroom and bedroom, where I took the occasional mid-afternoon nap during stressful situations, which proved almost impossible, because I'm extremely sensitive to bright lights, and had modified the blind with duct tape so no light could stream through.  (To be frank, I never expected the blinds to be removed, so didn't see any point in leaving them open, since what fool would want to subject themselves to the bright outdoors early in the morning?)

The most problematic aspect was having no available protection available in the bathroom, which was the only place I felt comfortable reading.  (My family has affectionately nicknamed it "The Library" considering how much time I spend there)  Part of the reason being that the lighting doesn't reflect off the surface of some of the shinier papers of American comics I take out of the library.  Others being that I don't feel claustrophobic or distracted by the nearby bathroom elements such as the towels and wallpaper there.  As such, I was forced to do my reading elsewhere, or wait until dark to not get bothered by the sun outside.

Also, this bathroom had the towel rack removed to make room for putting the replacement windows, and those also took their sweet time being put back as well.  This wouldn't have been so problematic if this particular bathroom didn't have a shower and bath, which made washing up problematic.  There wasn't anyplace safe to put a wet towel, save for on the stair railing, which was quite easy to forget once you'd locked the door.  I had to carefully plan out my shower schedule, coordinating my previously mindless ritual, which played at odds with my regular routine.  I had to keep a watchful eye, making sure that no one outside was looking, preying on my paranoiac fears, having been confused over the purpose behind the "It's Okay to say No" PSAs.  I didn't understand why there were people out there who'd be so interested in seeing my privates.  Surely, my naughty bits were areas of vital National Interest from Foreign Powers who wanted to compare sizes for some indiscernible reason. 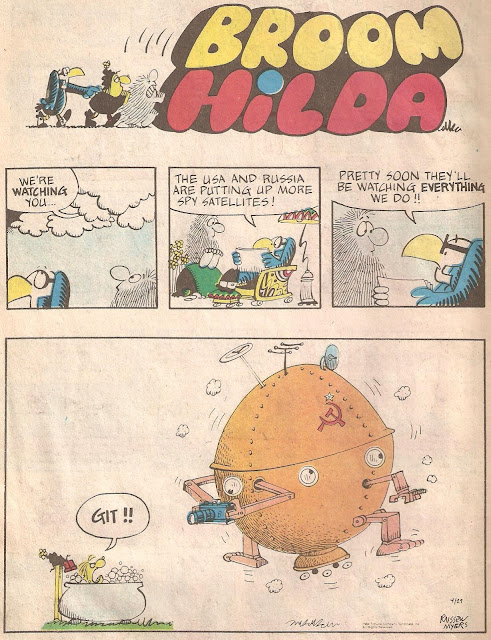 When the blinds were finally put back in place, it looked like the prospect of having light streaming in my eyes was over.  However, that wasn't the case for the bathroom.  An unforeseen side effect of the new frames is that they're now significantly higher than they used to be, while the blinds remained the same length.  As a result, there's a small imperceptible gap of light now streaming through the bottom that was previously blocked.  This minor detail would've gone unnoticed by the majority, but as someone notoriously sensitive to bright light, it stuck out to me like a sore thumb.  And the bathroom is where I do most of my major comic reading.

To overcome this annoying obstacle that's come to light, I now have to take a container of mouthwash or soap, and place the bottle alongside the newly-installed towel rack, and place it against the lower end of the blind so that the light doesn't stream from the bottom.  Sometimes I get so used to feeling comfortable that I forget to put the cleansers back in their proper place, which drives my Dad further nuts.


At least he doesn't have to worry about me tampering with his products at night.
Posted by DeBT at 12:40 AM