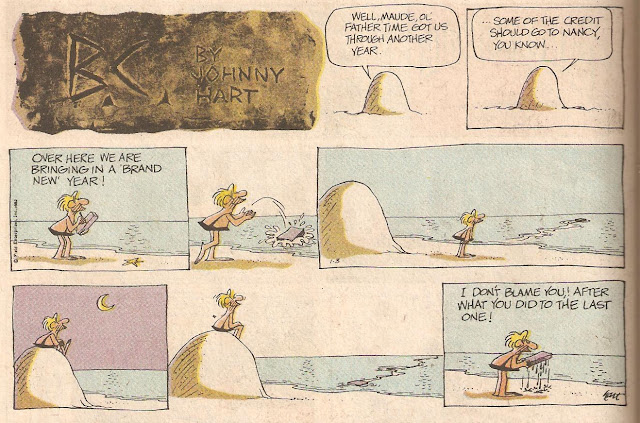 As promised, I'm going to be posting the start of every month with relevant repetitive BC comics. 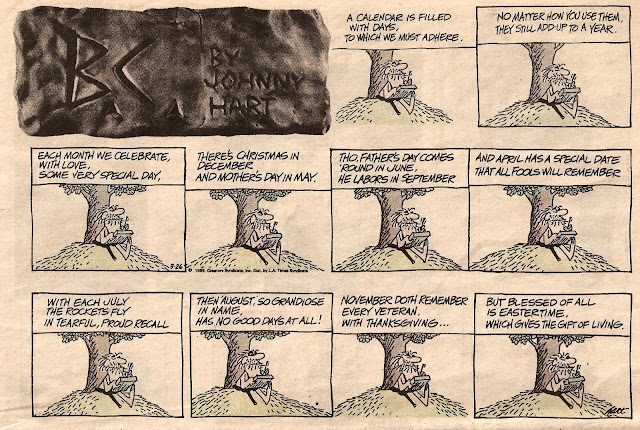 A preview of things to come.  There'll be the occasional Religious insight in a few comics which're unavoidable, but they won't be the major focus, which should come as a relief to some. 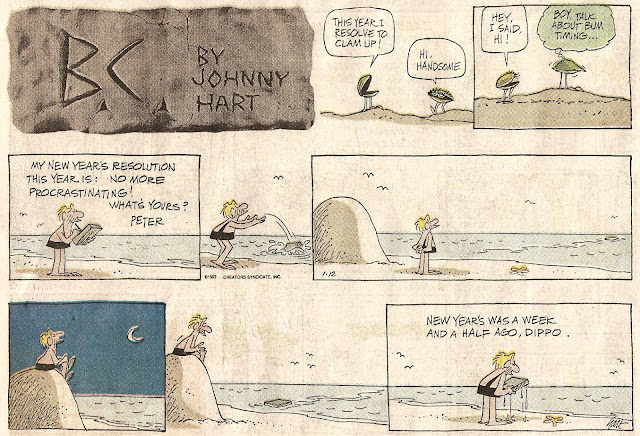 New Years Resolutions are little more than an excuse to try to improve on our faults and failing, only to try again for next year.  Baring any dramatic changes, it looks like a fairly safe bet that I'll be able to continue this (dubious) proud tradition for this year.  Next year's anybody's guess. 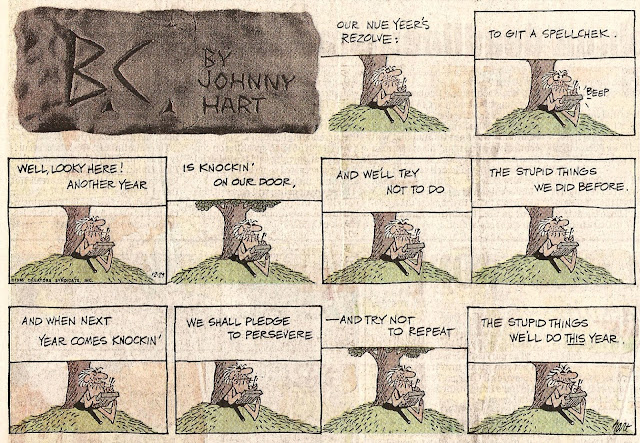 While pretty much almost every letter and poem is extensively reused multiple times, to the point that Wily's slight head nods are repeated down to each panel, there's the occasional break in patterns here and there.

And those instances will be exclusively included, which'll break up the monotony somewhat.  The Fat Broad is a consistent opinionated presence who makes the occasional critical observation as seen here:

And of course, there'll be the occasional insight into the highly-advanced civilization of Peter's snide never-seen Ocean Pal. 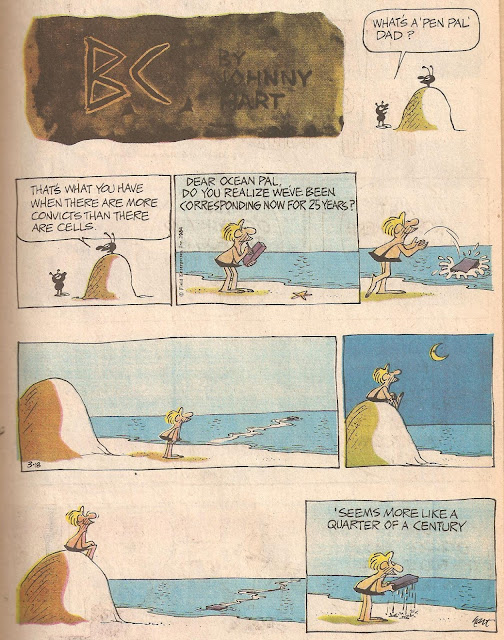