When it comes to going through in-depth history about comics, such books tend to be filled with long lengthy essay-length journals full of investigative analysis of comic's evolution throughout the ages.  Unless you've had some familiarity with the subject material and massive plot spoiler summaries already laid out for you, or you've lived throughout the times when these comics were being printed, you're very likely to be glazing your eyes over the text, preferring to skip over to the pictures, of which there are massively few to appreciate.  Not to mention that when pictures are available, the whole story isn't included, which removes much of the context in question.  And for the most part, comic histories tend to overwhelmingly focus on Superhero comics rather than other works that would be more receptive to a general audience whose tastes run in a different direction. 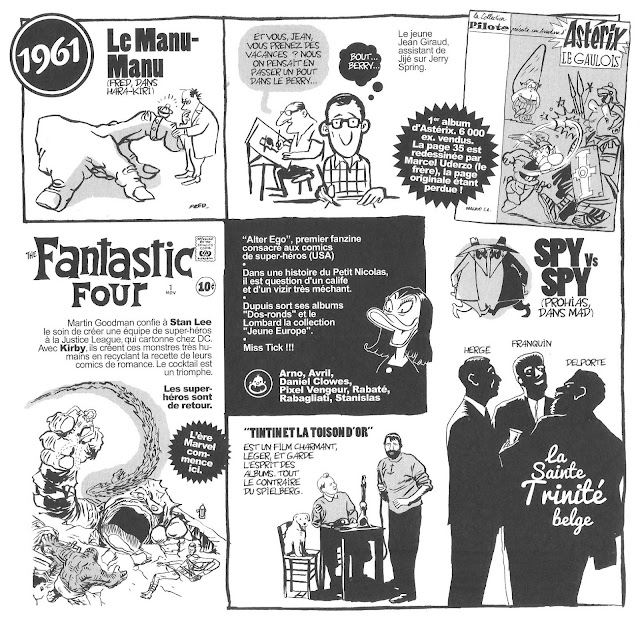 With very rare exceptions, such as Scott McCloud's Understanding Comics and Fred Van Lente & Ryan Dunlavey's The Comic Book History of Comics, going through information about an extremely visual art form can be an outright slog.  Now, we've got another worthy contender to add to the surprisingly small pond: Nervé Bourhis' le petit livre de la Bande Dessinée.  Or, as I affectionately (and appropriately) reChristian it, The Comic History of BD. 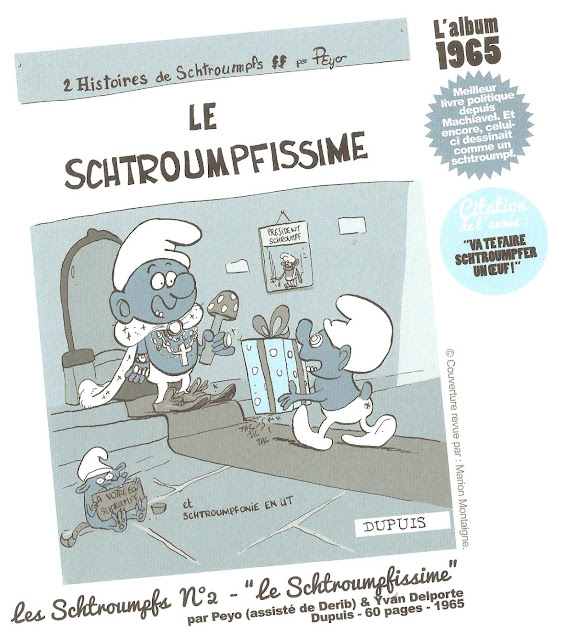 While there's some perfunctory attention to cave drawings and Rodolphe Töpffer, the vast majority of the book covers comic's growing trend near the end of the 18th Century all the way up to 2014.  The book highlights many comics and when they first started, along with notable cartoonist's births and deaths.  Furthermore, the sheer range of comics noted throughout each year is massively varied, covering not just BD, but also Newspaper comics, American comics and various Mangas.  It also notices when comics have been adapted to other mediums, such as movies and television shows, when comic magazines make radical decisions, and when cartoonists join up or leave various companies. 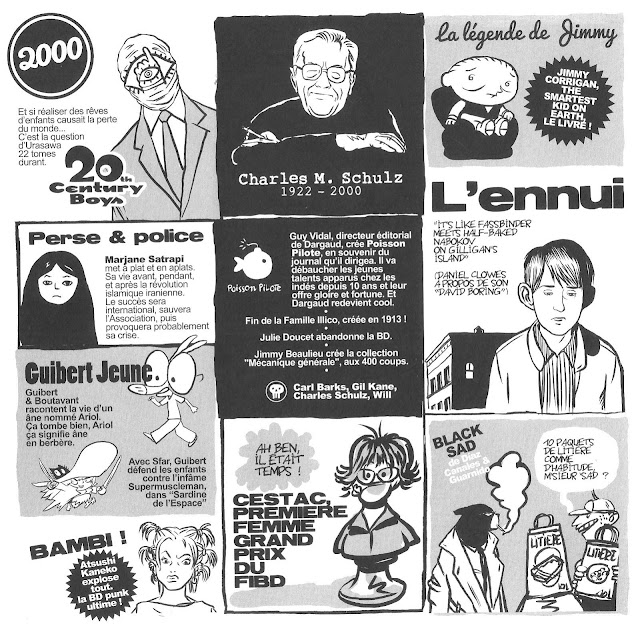 Another selling point is that various comic covers are redesigned by multiple (European) cartoonists who put their own unique spin on some of the most famous comics ever printed.  Not unlike the retired Covered comic blog. 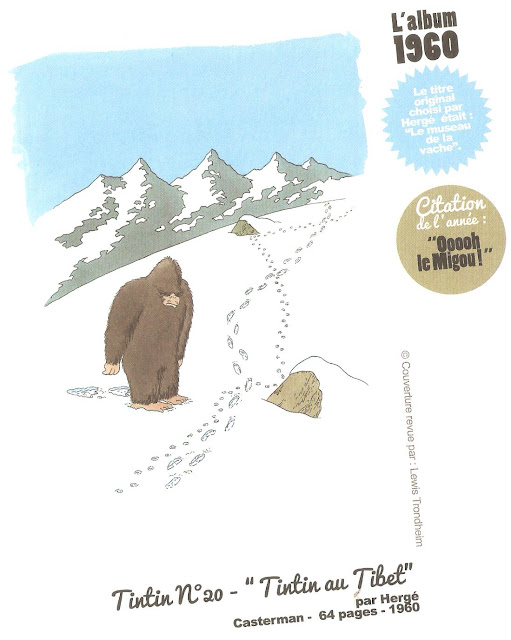 No matter what your interest is, whether it's Superhero comics, Newspaper comics, Manga, or European comics, chances are high that there'll be something of interest to attract your eye on a history page.  And by extension, you may also find other intriguing tidbits of information you might not have noticed otherwise. 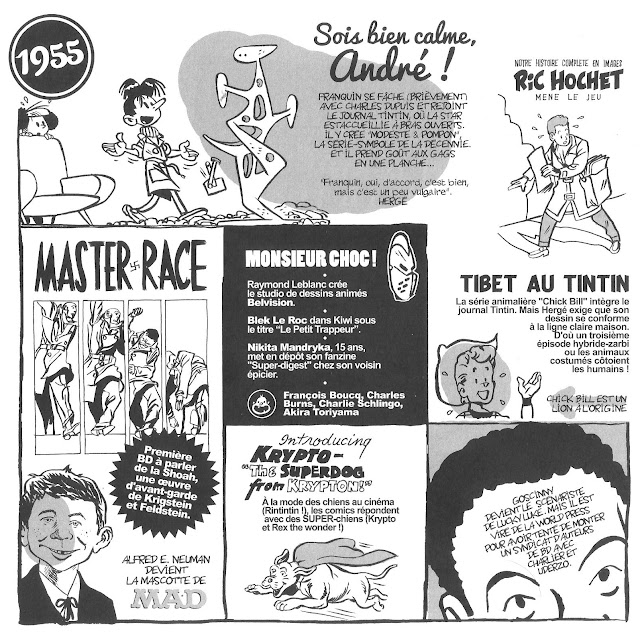 Of course, this mainly covers the three major exports of comics, North America, France and Japan.  Any references to other countries that didn't immediately gain massive commercial appeal or licenses years later are forgotten or left out.  This book mainly covers the major attention-grabbing comic stories that gripped the nation. 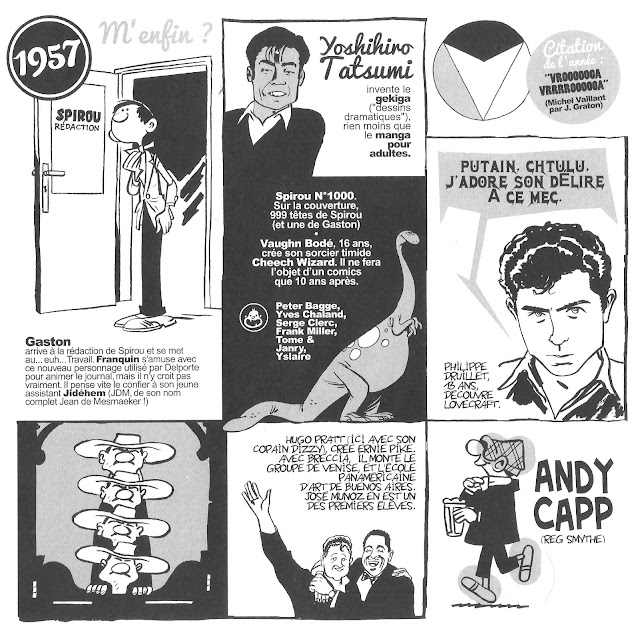 The only minus is that some covers may be somewhat radically different or obscure compared to what North American readers are familiar with.  Unless you were already acquainted with the wild drawings of Gotlib, you wouldn't know that this cover would be a "before", with Issac Newton & Co... 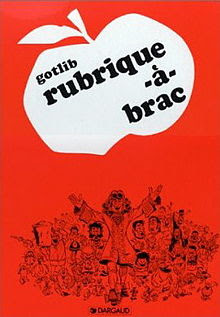 ...and the cover below shows what happens "after" . 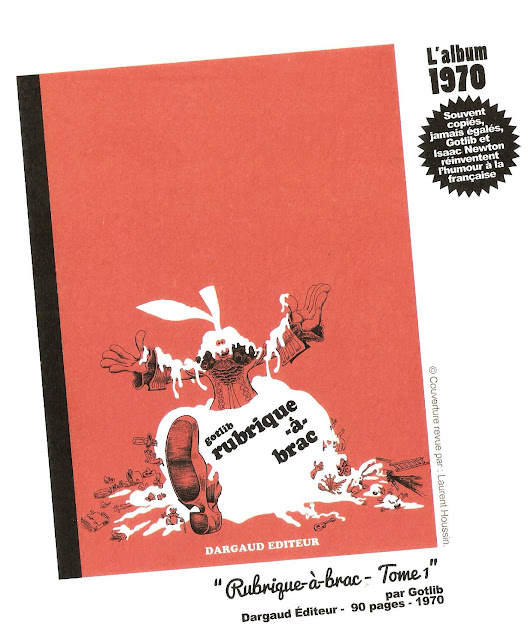 Also, the European market can sometimes change things more to their liking, which may be considered surprising.  The cover for the first Calvin & Hobbes collection was closer to a BD format with the front cover not being hand-painted by Watterson himself, but a blow-up of a single representative panel instead. 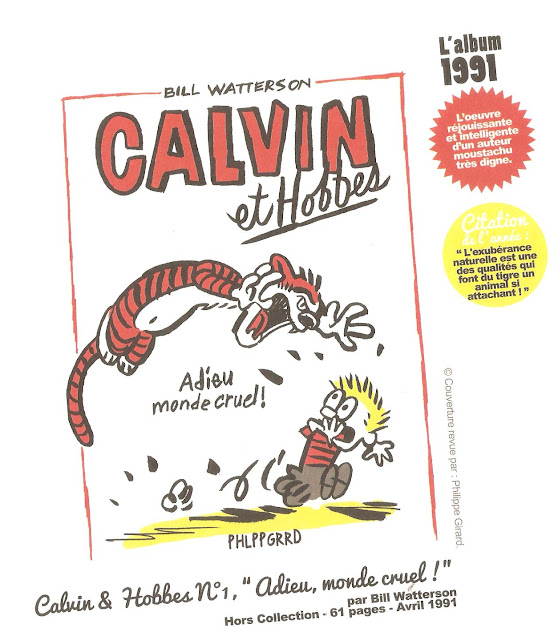 I mentioned before how some Newspaper comic collections in book form would be chopped up to meet a bookstore's shelf space requirments.  In France, Newspaper comics were rearranged in a typical BD format, four strips a page, and a vertical arrangement of normally horizontal Sunday strips.  The more experimentative comics would be rotated sideways.  To further add to the madness, in this format, a typical BD collection would only collect half the material in a regular North American comic 128-page collection. 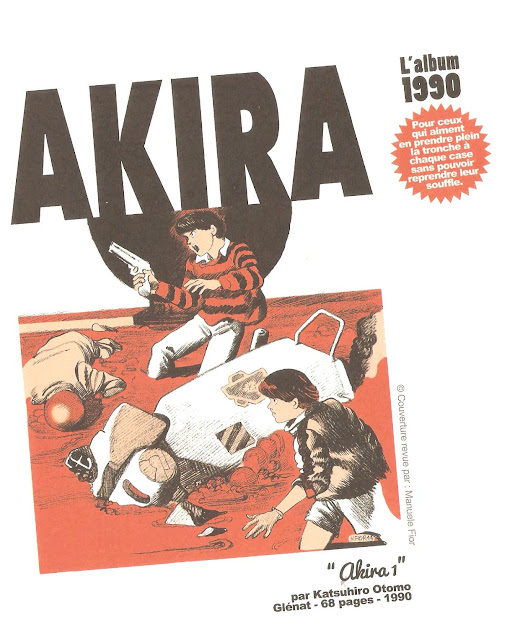 Sometimes a redrawn comic can be close enough to the source material, while in others, they can be radically different, while still displaying the spirit of the original. 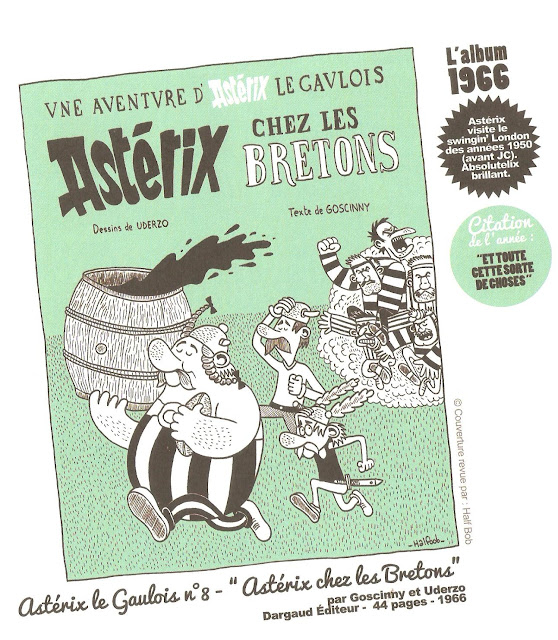 In other instances, figuring out the inside joke to a cover shouldn't be that large a hurdle.  A simple search request or familiarity with the art style should be all the clues you need. 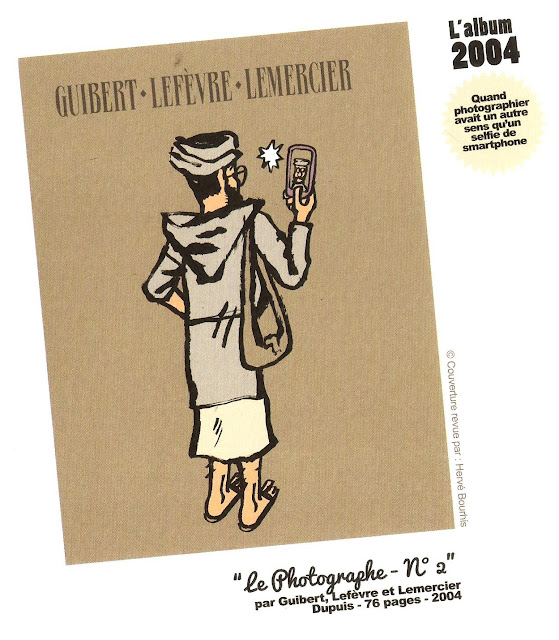 Most likely, this license request is little more than a pipe dream.  Translating the vast amount of text would be an uphill challenge, and some parodic covers might have to be redrawn or rechosen to further reflect American interests. 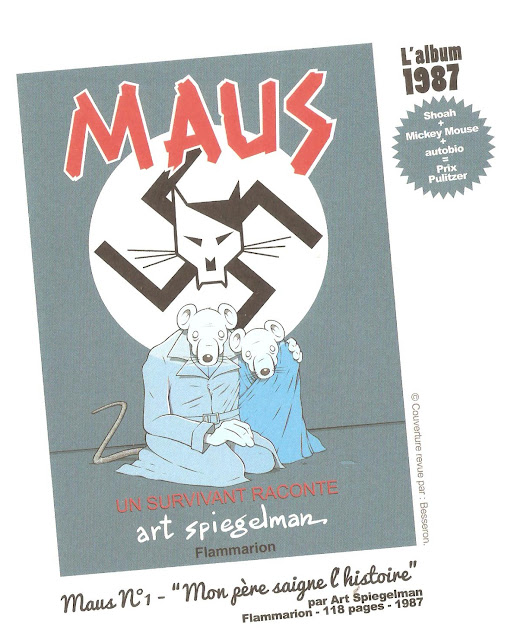 The irony is, while other books with comic essays will have delightful drawings to cover up the lack of art inside, that's not the case here.  For a book that's chock-filled with nothing but multiple unique cartoonish and realistic drawings, it has possibly, the most banal cover in existence.  It looks more like a Classical Music Record cover than a book. 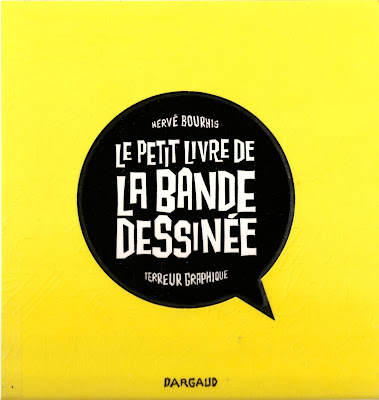 EDIT - turns out that there's some sound effects, punch explosions and exclamation marks that are just barely visible if you hold the cover up to the light at a certain angle.  And the author/artists have also done collaborative works focusing on the music industry.
Posted by DeBT at 8:50 PM