I've Got You Covered

A major update to the last time I came across a batch of old newspaper Sunday Comics - I've just recently come across another large collection of old strips that had just been made available.  This latest batch helps greatly in filling in a majority of years that I had large gaps in, particularly 1980 and 1981.  So far, I've only got a few missing dates here and there, but my collection of old Gazette Comics is mostly complete.  I can't do much about the comics I'm missing from the second half of 1987 to 2000, when the pamphlet format stopped, unless someone as fanatical as me saved those as well.  I was offered some Edmonton Comics for sale, but was reluctant to purchase those without being aware of those contents.  I didn't want duplicate strips, not to mention my interest wanes the further back I go beyond my birth date. 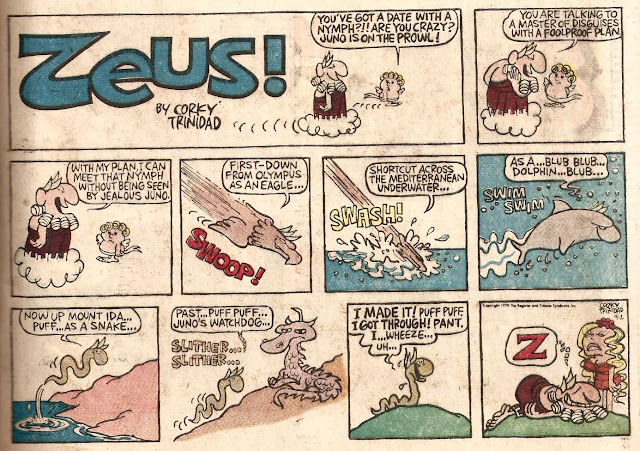 The earliest Sunday strip I wasn't aware of that was cancelled early on was Corky Trinidad's Zeus!, a retelling of ancient Greek Myths.  Since this is a subject that's less well-known compared to Anachronistic Cavemen and Medieval Tyrants, it didn't catch on.  That should be easily remedied with a quick purvey into George O'Connor's Olympians, a retelling of the Greek Gods that've captured the world's imagination, though little is known about their history.  It's currently up to the 8th book, Apollo, as retold by the 9 Muses, but for context on the above strip, you need to look no further than the 3rd book, Hera, Zeus wife who makes it her life's mission to personally punish all of her husband's out-of-wedlock children, the most memorable being Hercules, also known as Heracles.

The very next week, it was replaced by For Better or For Worse.  In a competition for familiar territory, the former stood no chance. 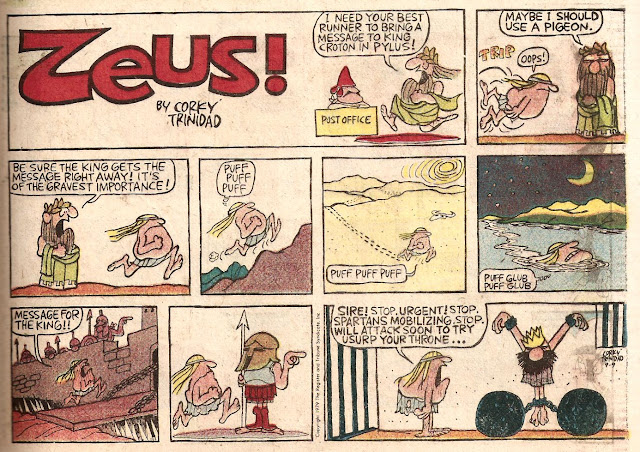 Going through these ancient comics was a memorable trip down memory lane, but would've been only relevant to someone who'd pored over their contents and discarded them to be forgotten later.  Only, the scant images that stayed with me for years had been tickling the back of my mind without gleaming any content of their meaning.

A word of advice - daily Newspaper comics are meant to be consumed on a daily basis.  Marathonning a singular comic is hard enough, but can be made worse with the lack of theme or storyline.  Going through multiple strips gives some variety, but after awhile, a certain kind of numbness starts to seep through.  Unless you'd been heavily acquainted with these comics in your youth, you'd be hard-pressed to make a compelling argument for why these comics were so valued in the first place. 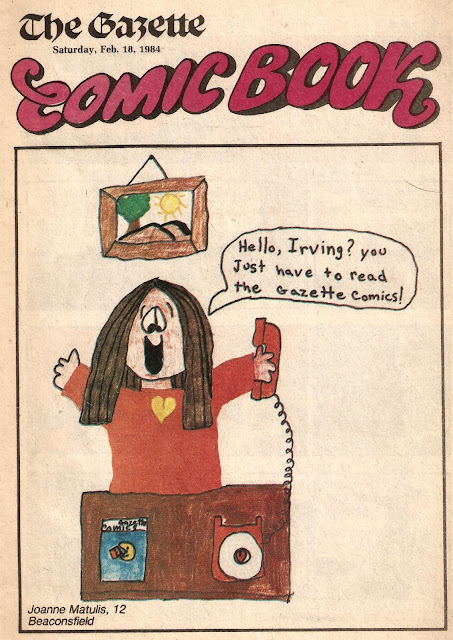 In a way, I was likely the first reader to ever open these comics since their printing.  This was confirmed when I found a comic that had it's pages stuck together due to a printing error, and no attempt was made to dislodge them apart so the interior pages could be seen.  They'd been lounging in a collector's long box for years, and never seen the light of day in that time.

What particularly surprised me about these "Comic Books" was the sheer variety given for the children's drawings on the covers.  For the most part, many of them were devoted to the contents of the Comics Page.  The most popular strips, such as Peanuts, Wizard of Id, BC, Garfield, Beetle Bailey and others were a given.  Some drawings had some... interesting view of some of the comics present. 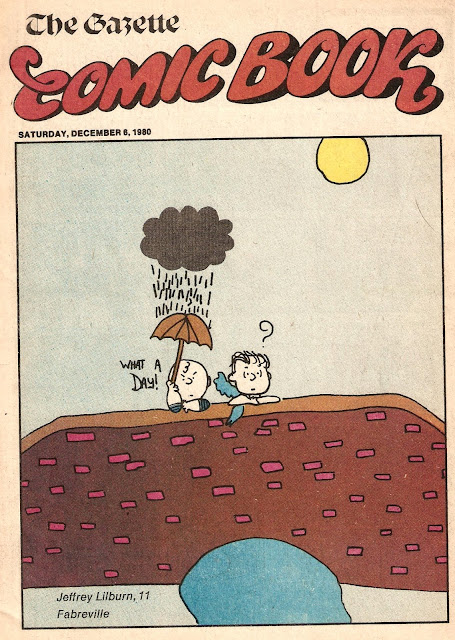 Iterations of Snoopy had some decidedly weird results, with him looking more human than usual. 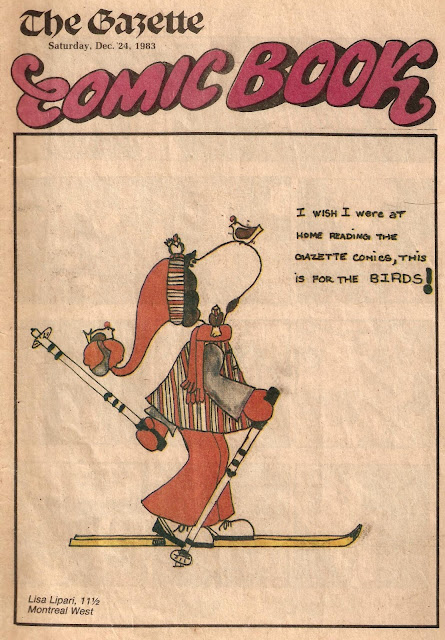 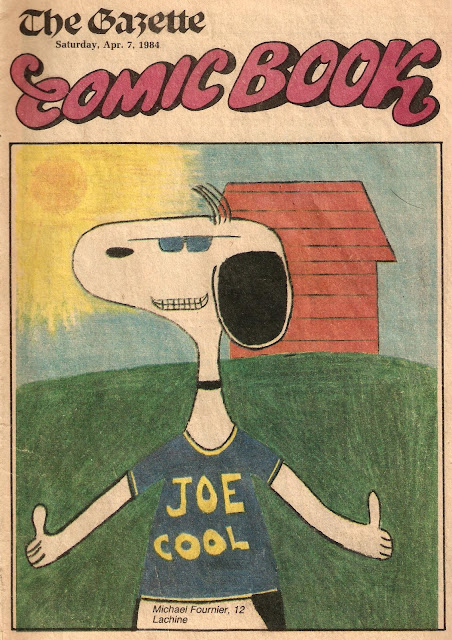 There were even drawings of cartoon characters who weren't even in the comics, such as Ziggy, The Pink Panther, Mickey Mouse and Popeye.  Such was the power of their ubiquitous appeal.  But there were the rare covers that would have fan art of comics you wouldn't think of having illustrations in the first place. 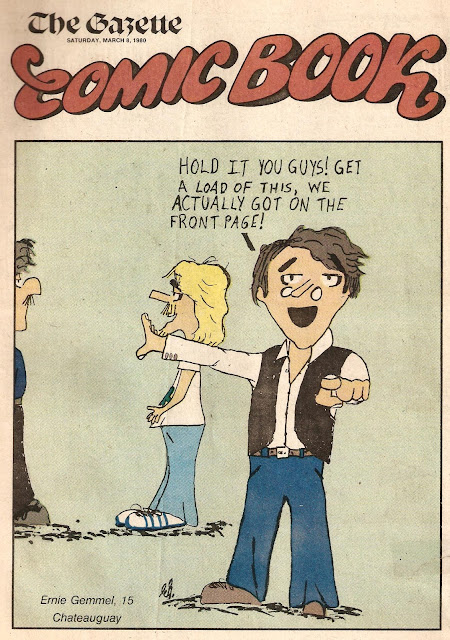 The Gazette comics briefly ran The Lockhorns on its pages before they were phased out for The Better Half. 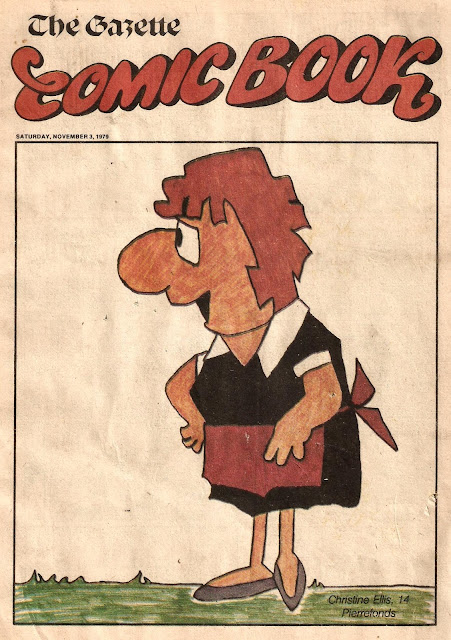 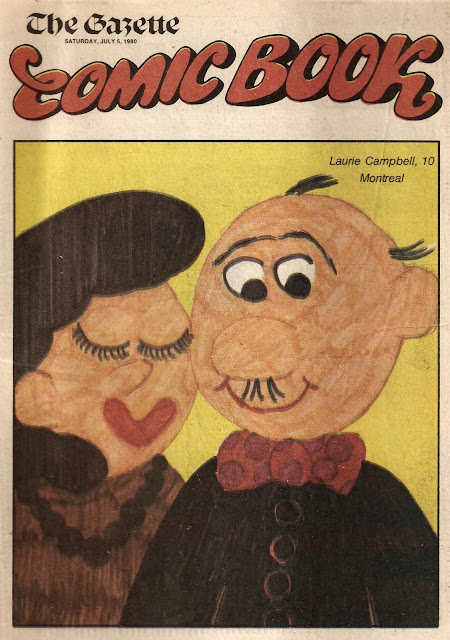 Even the extremely British strip Andy Capp got an appearance, with Flo taking charge front and center. 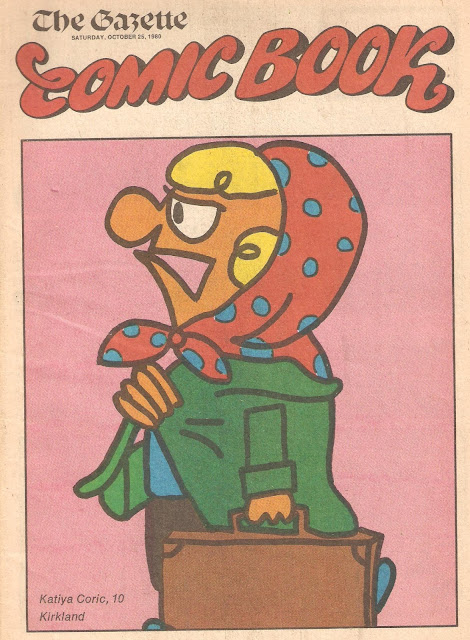 There were other Muppet covers, but I included this one solely because it resembled the poster for Gone With the Wind so much.  (Which would be an appropriate role for Kermit & Miss Piggy, come to think of it) 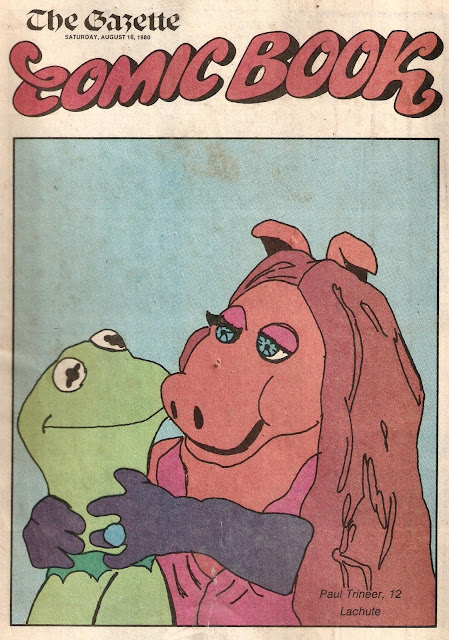 The most impressive was the only fanart for For Better or For Worse, back in its early unremarkable days when it was still finding its voice. 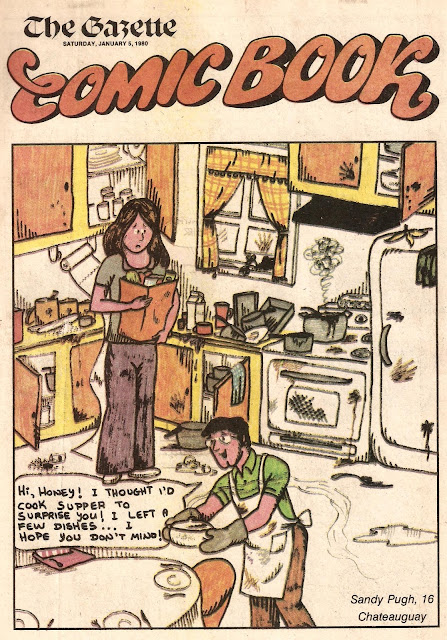 As you've no doubt noticed, a high proportion of these covers have their characters wanting nothing more to do than read the funnies.  Since their livelihood depends on their audience, this shouldn't be too surprising. 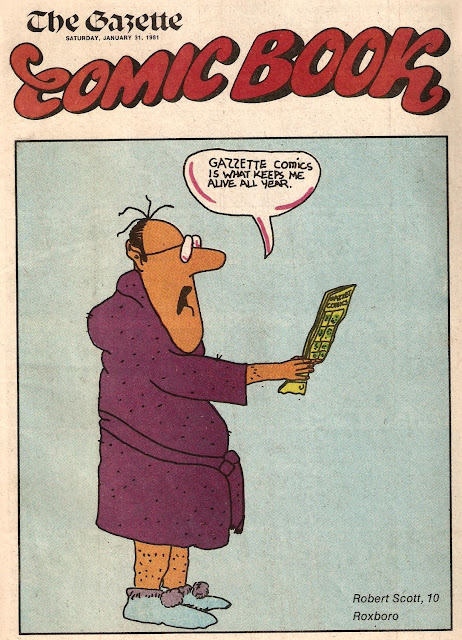 For me, the most interesting drawings were those that didn't focus on specific cartoon characters, but on random, sometimes abstract childish drawings, perfectly emblematic of their target audience. 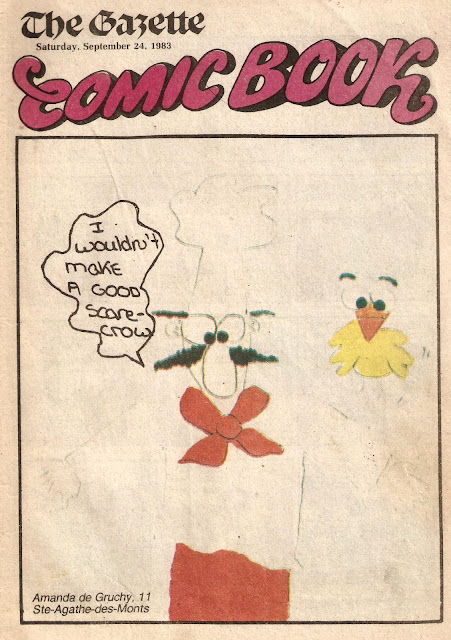 Expect to see more contents of my finds in the next couple days... when I've got the time.
Posted by DeBT at 8:26 AM