One of the worst-kept secrets of literature is that children's books are just as viable sources of comics as any other Graphic Novel.  (Or as only I call them, Comic Paperbacks)

Maurice Sendak's Some Swell Pup has a higher concentration of comic panels than his other commercially known works.  Raymond Brigg's The Snowman and Father Christmas books are venerable classics, but aren't looked upon (or accepted) as comics, simply because they're classified in the British children's book category.  It was only recently that his more ambitious works such as When the Wind Blows and Gentleman Jim began to garner more respect among sophisticated circles, when they'd been readily acceptable for ages to their intended youthful audience.

And now, we've got She He We from the team of Lee Nordling and Meritxell Bosch from the Graphic Universe publisher.  I haven't seen their previous works of Three Story books, such as Bird Cat Dog or Fish Fish Fish, but there's little doubt that they follow a similar format as this one.  In it, a boy and a girl are playing in a park with their imaginations getting away with them.

The top row has a child engaging a fancy tea party as a fluffy pink bunny...

The middle row has a kid fantasizing as various flying creatures in a dark fantasy world...

...And the last row shows the reality they're actively engaging in.  Apart from the introductory and concluding pages that shows how the book can be read, each page is equally silent.  Either row can be read across for their individual storylines alone, but it's only by reading the full page that you get the full effect of the story. 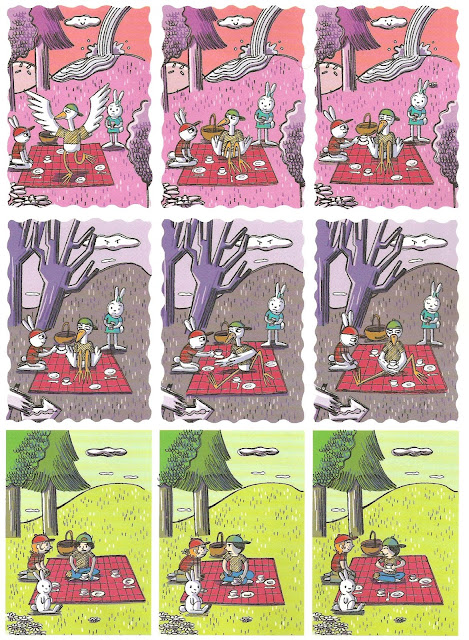 Taken individually or altogether, you have the same scenarios - a goose flying around in the sky until said bird spies somebody having a picnic, and plops right in the middle of the blanket.  The situations are similar, but the circumstances are different.  The bunny attempts to resolve this interruption by giving a peace offering.  However, through fowl eyes, a cup of welcoming tea turns into a brew of poisonous sludge unsuitable for drinking. 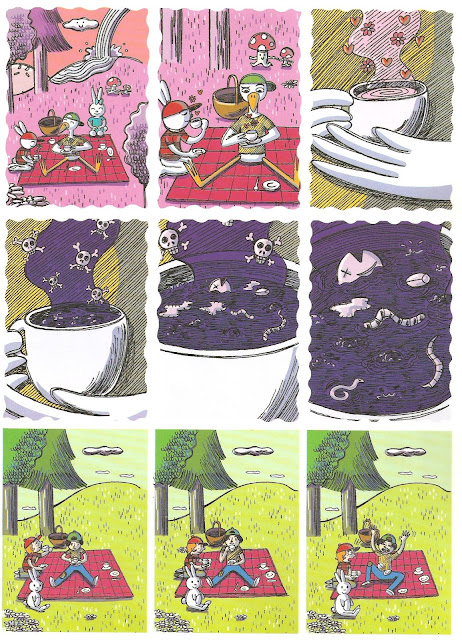 The book is reasonably short at just 32 pages, with minimal re-readability of the children hijacking each other's fantasies at various intervals, just ruining their playtime.  The constant interruptions forces them to work around these obstacles and hopefully, try to reconcile the opposing viewpoints without ever acknowledging or knowing what the other's thinking. 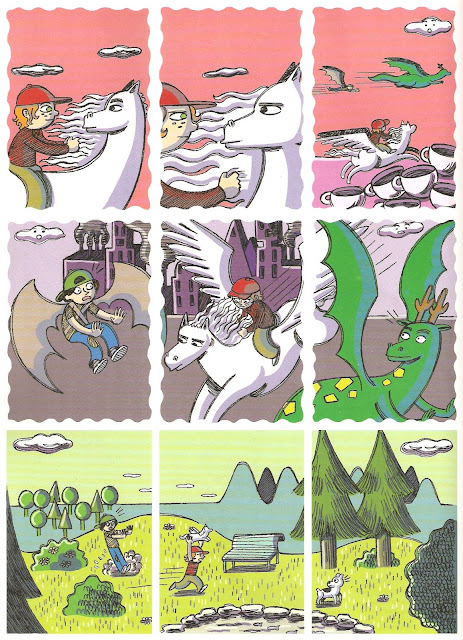 Some people might take offence to the children playing to certain stereotypical gender roles, but that's purely up to the reader's opinion, who shouldn't have to feel guilty about conforming to social norms.  If they feel comfortable in the roles they've chosen for themselves, who are we to dissuade them of what they're more used to?  If they want to play with dolls, let them.  If they want to play with trucks, let them. 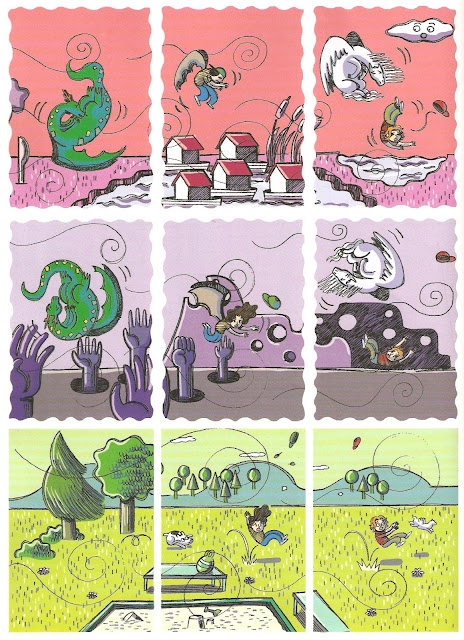 Normally, it would be against my nature to post potential spoilers for a new piece of work, but since children's books are generally looked down upon even among comic newssites, chances are most aren't even aware of the title in the first place.  For the sake of driving interest in this graphic field, I'm willing to make an exception in order to further drive my point home, It's necessary to show the two penultimate pages to garner further interest in making my point. 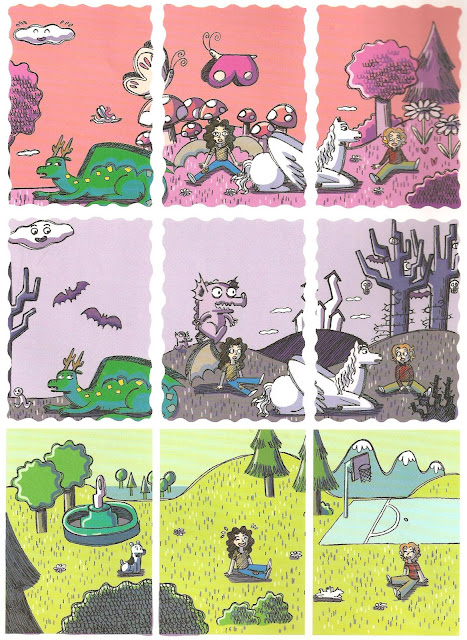 As I've been saying all along, perfectly normal.  It's not as ambitious, as David Macaulay's Black & White, which had four individual stories that were actually differing viewpoints of the same story, with a stripped burglar playing a presence through all four stories.  But it's still enjoyable enough on its own. 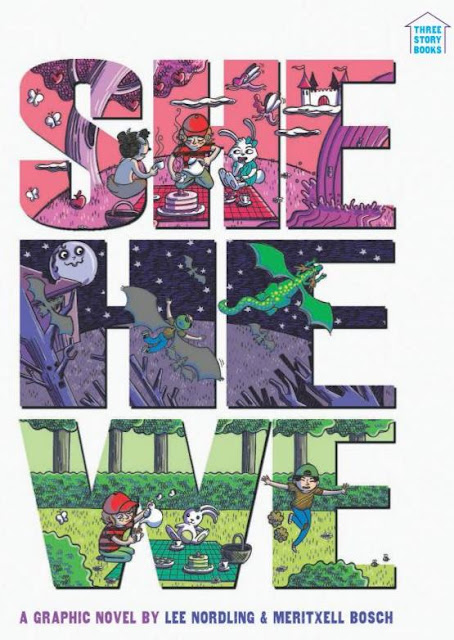