Usually when I make these License Request columns, they're for old personal comics that I'd love to see officially translated over here, even though there's little chance of them ever being so.  But this time I'd like to recommend a fairly recent comic that's more for a potential audience than anything else. 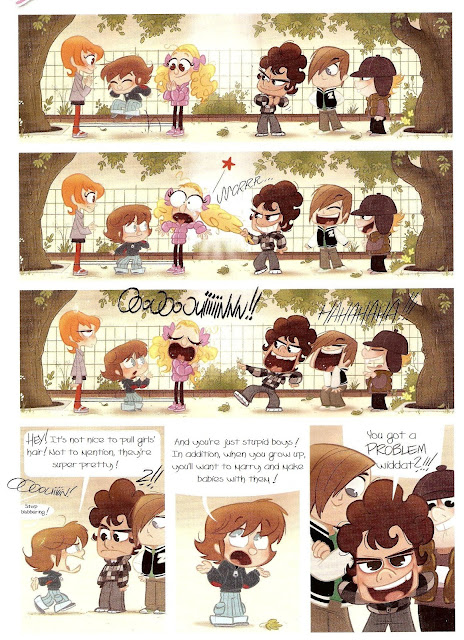 Like most young boys, Bichon is compassionate and overly sensitive.  However, there's a certain trait that sets him apart from the others: 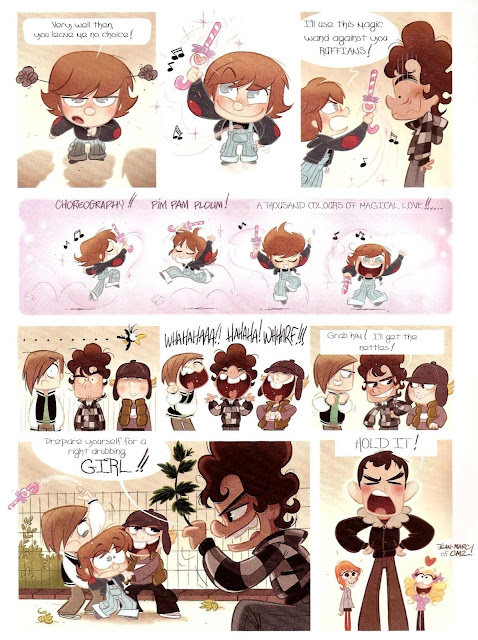 He likes the pink swirly stuff.  Okay, so he's at that young impressible age before gender differences are clearly lined out and defined.  Surely he doesn't know any better, right? 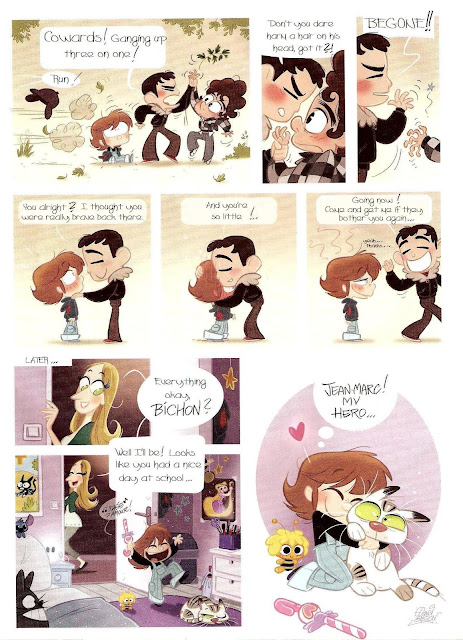 Nope.  He clearly has gay tendencies, which is reinforced with decorations of Rapunzel, Stitch, Totoro and Maya the Bee in his room.  In a way, it takes a certain kind of fearlessness to be able to display that kind of emotion openly.  Even though he hasn't quite opened up to his sexuality, it's clearly evident which side of the fence he's leaning towards.

Bichon is a quasi-biographical account of David Gilson's childhood through a filtered lens, and what the author hopes will appeal to a larger demographic.  A recent issue had an imaginary scenario of Bichon as an openly Gay president advocating for Gay marriage.  His namesake is obviously based after the Bichon Frise, the overly pretty dog.  The unfortunately named Poo Poo from Pooch Café of the very species is constantly put down on for displaying effeminate qualities, even though he's male.  There are some who embrace their identity, and others who reject the stereotypical labels foisted upon them.

I'm not gay, but I can understand the appeal of wanting to like things that are deemed too "girly" for their usual taste.  I'll admit that in The Wizard of Oz, I greatly admired the Lullaby League for their gracefulness and melody while the Lollypop Guild seemed overly tough in comparison.  The girls' stuff seemed more appealing compared to the rough and tumble physical stuff I was supposed to be accustomed to.  To someone who wasn't fully versed in the formula of action shows, this divide between sweetness and brutality frightened me.  There was simply no middle ground. 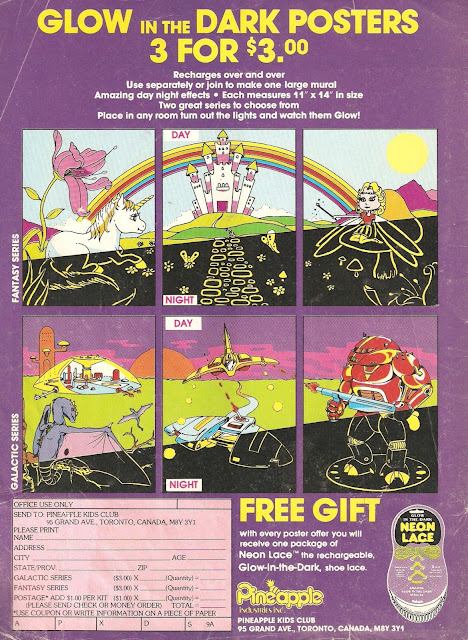 Being exposed to the other sex's POV can make it easier to make the transition to the other side.  In fact, Barbie and Polly Pocket commercials were advertised fairly regularly in conjunction with the boy toys, which kept the gender balance somewhat equal, and prevented the viewership from being a total sausagefest.  The only time I ever saw a boy in a girl commercial was in Keypers where he seemed interested in getting a chance to snoop into his sister's diaries, or whatever secrets they were hiding in those plastic snails.

It's widely acceptable for girls to start liking action movies, masculine sports and S-heroes, but it's still an uphill struggle for the reciprocal of getting the brasher sex to admit a fondness for demure media.  So venturing out into this largely unexplored (if slowly expanding) field is somewhat brave.
Changing values isn't always easy, but it wasn't that long ago (last century to be specific) that pink was for boys, and it was considered manly to cry, a trait that's faithfully followed in a large number of "tough guys" Manga.  Things have started changing already with the Bronies obviously in awe of Unicorn Power. 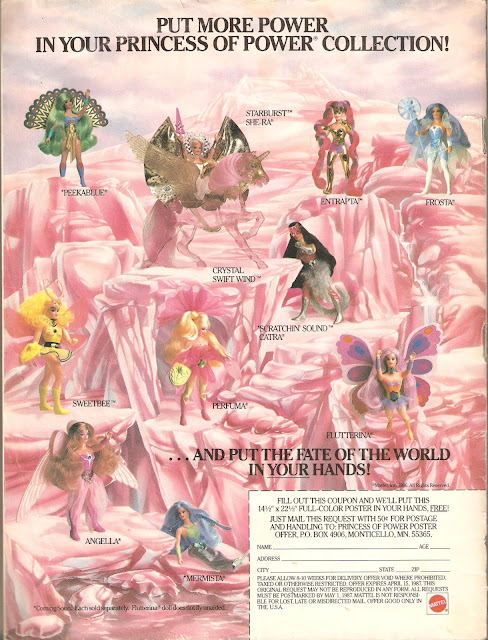 While homosexuality has improved in the last few decades from mental disease to primetime comedy, studies have shown that Gay men are still bullied more than lesbians.  The truly ironic part of all this is that this stigmata of not fitting in has actually led to gay teens causing more pregnancies than their straight friends.

Puts the whole sin of not procreating in a whole different light, doesn't it? 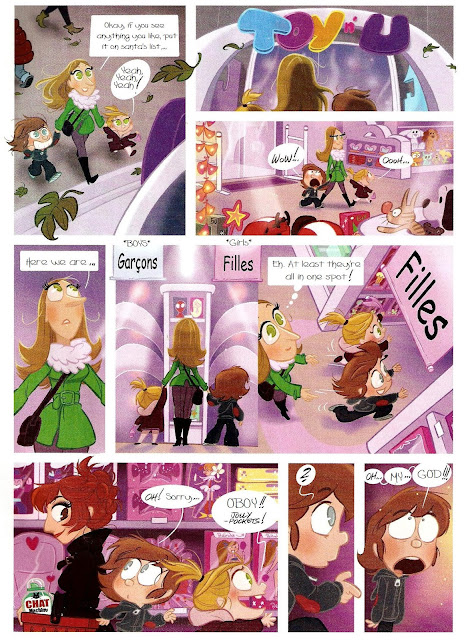 Pretty much everybody needs somebody who appeals to their demographic.  There are specially designed Barbies in African countries that aren't dependent on the typical pale model figure.  I know that I greatly identified with child protagonists.  The boy from Flight of the Navigator looked EXACTLY like me, right down to the stripped T-shirt I wore.  Lately, there's been a rise in protagonists with Asperger's Syndrome, and I always seek out these books and movies to see just how much I relate to these portrayals, and whether the authors get certain subtleties down pat or if the reception leaves me cold.  Calvin in particular was a great influential reading buddy while growing up.  I find it surprising that there's so much resistance to show identities that are not considered "mainstream".  I was able to identify with someone who looked like me, so why couldn't other minority characters fill in a niche void that obviously needs filling? 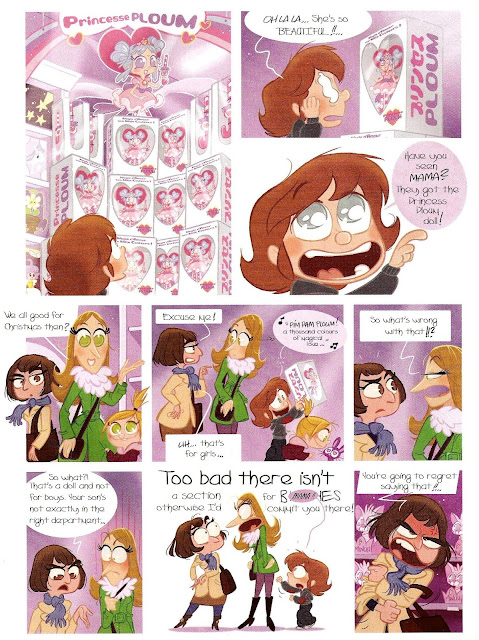 There's Fantagraphic's Wandering Son, but that deals more with transgenderism, and I find the issues and a little slow to my taste.  Archie's made inroads with Kevin Keller, the openly Gay teenager, but why stop there?  Personally, I look forward to the day when being Gay is considered something less of a defining characteristic for somebody and is just another trait.

Bichon ran in the French Tcho! magazine, which ran Manga-influenced BDs such as the Nadia-inspired Agito Cosmos and the stereotype-laden Zblu Cops.  So I was greatly surprised and disappointed to find out that the Tcho! magazine had just ceased publication.  At least they finished the latest Lou! story, The Crystal Age before the magazine went under.  While the Tcho! magazine may be cancelled, fortunately the titles will continue to be released in album format.  Yoshihiro Togashi of Hunter X Hunter fame may get a lot of flak for his continuous hiatuses, but to me, it feels more likely he's just emulating the European model of spending a year to create a book that's then filtered out via sneak previews in Shonen Jump.  The chapters keeping the specificied page rate is just a convenience at this point. 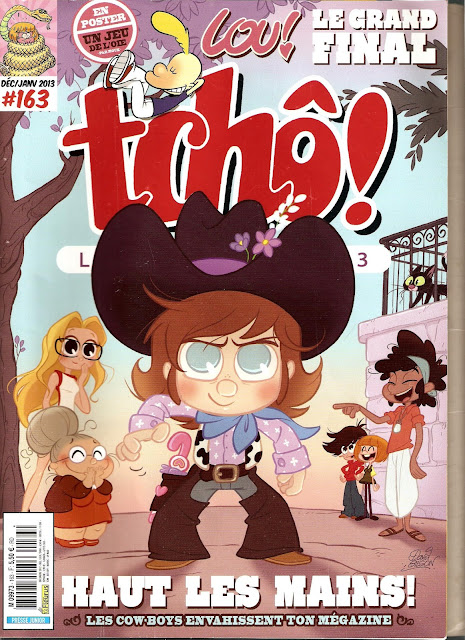 It seems somewhat fitting that the last official "end" of the magazine paid tribute to Bichon on its cover.
Posted by DeBT at 11:53 AM