Just recently, it was announced that Peanuts would celebrate it's 65th Anniversary with a new set of stamps to celebrate the occasion.  This isn't the first time Schultz's beloved tortured characters have appeared (much less to promote an upcoming movie) but back in April 5, 1993, a slew of cartoon stamps were given their due by celebrating the upcoming 100th Anniversary of newspaper comics.

Given the long-running nature of these comics, some went out of their way to celebrate certain legacy titles that hadn't been seen (or read) for decades, but included them for rememberance 's sake. 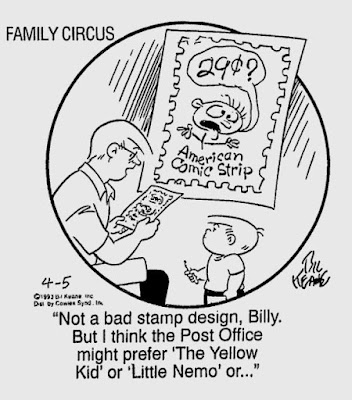 Other strips didn't rely on stamps themselves, but more on letters, which seems positively antiquated, given that hardly anybody uses stationary nowadays.  Stamps are more for mailing online items and dead tree books nowadays. 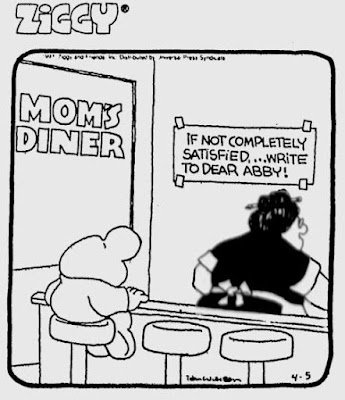 One possible latecomer was Adam who made a quick joke a week past the event.  I'm including it here just in case.

When the day finally came, only a Sunday Beetle Bailey managed to bring attention to the subject again.  Obviously, this meant a great deal to Mort Walker.  Since then, there's been commemorative cartoon stamps pretty much every year, making what was once a novelty item another routine event, like Free Comic Book Day.  (And yes, I'm aware that my title is remarkably similar to another one I did)
Posted by DeBT at 8:20 PM