Stand and the Liver 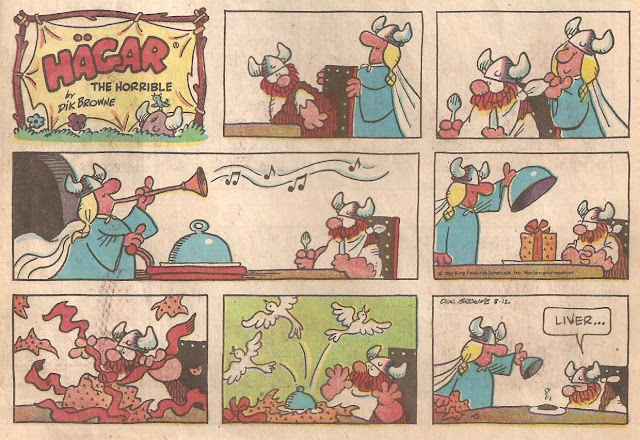 You can dress up a meal as fancy as you like, but if you've got an aversion to certain foods, no amount of drowning said meal behind multiple spices and liquids can hide your sense of revulsion. Even though Hagar constantly expressed his distaste for even trying any liver, I never questioned why his wife kept serving it to him. As somebody who was regularly picky with my food, I was constantly prodded to try new things in the faint hope that maybe, just maybe I might like it. One such example was when I'd just finished Green Eggs & Ham for the umpteenth time, and my Dad offered me some sunny side-up eggs, and I refused, because I didn't like how they looked. Apparently I'd completely glossed over the message in the book. If the eggs had been green like in the book, I would have given them a try, and suffered from food poisoning. 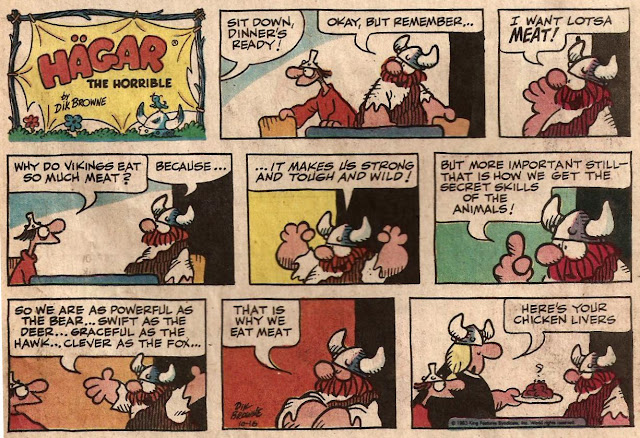 When I do try new foods, I get a reaction that's not unlike the foodtasters in Yakitate! Japan. My face twitches, my limbs jerks around, and my body contorts in various ways trying to comprehend the new sensations that I'm not used to. And that's for stuff I like. For food I don't like, my reactions are more severe. My family just looooves to feed me new stuff just to see what acrobatics I'll do next. 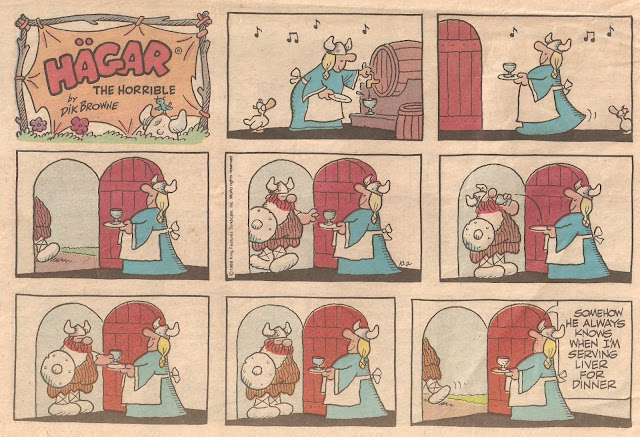 I'm strangely lactose intolerant in that I can't eat dairy products unless they're diluted with other foods. I can't stand it if there's too much milk in my cereal, and will pour some of the liquid out if there's too much that's not being absorbed. I'm perfectly fine with pepperoni pizzas, but can't take a bite of cheese pizza without feeling like throwing up. I've constantly tried to eat cheese cake, each time thinking that this time I'll be able to eat it, thinking it'll be different this time, and failing every time. The ONLY time I actually liked drinking milk was when I was recuperating from Kawasaki and suddenly found milk really tasty to drink. Once I recovered, I've never been able to capture that sensation ever again. I have no problem with chocolate ice cream though.

I'm also pretty fussy in that I don't want to eat the same foodstuff for too many days in a row. While leftovers is always a good thing, it's important not to have too much of the same thing for too many days in a row, lest I grow tired of it. The worst times of day is when I'm in the mood for something, but don't want to prepare it, because I either don't have enough time to cook it, or I'm saving it for another day when it'll be put to better use. A box of instant chicken soup will taste better if I have some bread to go with it, and have extra room in the fridge for other stuff there, as well as personal preference for something that I haven't had for a long time.

I'm also excessively paranoid about running out of my favorite foodstuff, and will ration my remaining items well past the expiration date. I make it a point to keep as much non-perishables on hand so that I won't be caught off-guard when something I bought just yesterday turns out to be inedible tomorrow. Buying fruits is always a gamble, because there's no guarantee that the insides will be as tasty as the outside looks. There's all kinds of little tricks to make sure that you get the best quality every time (tapping the exterior, buying them fresh, imports or domestic), but I'm not knowledgeable enough to know what they are.

If I'm excessively stubborn, I'll just hold off eating anything until it's time to eat the stuff I really want to devour. This usually results in me being cranky for the rest of the day, so it's not heavily recommended. While internally I know that eating cereal isn't reserved for the morning, I'm still a devout follower of having meals at certain clock times (lunch at noon, supper at five), with various small snacks at random intervals throughout the day. As long as my stomach feels full, that's enough for me. My Dad who always makes a big production of putting tons of vegetables in his dinner is always annoyed at my slapdash meals that's nothing more than putting stuff in the microwave and heating them up.

I could make that old complaint about being chopped liver, if I didn't like the stuff either. I'm perfectly content with meals with the basic minimum of nutritional value. When I'm upset, I don't have time to think about anything else other than taking care of my hunger. Once I'm full, then I can start diversifying my palate. Of course by then, I'm no longer thinking about my next meal, and I want to get back to whatever I was doing. This is especially problematic when I'm involved in a personal project for several hours without rest, and only after I finish said project, do I realize how hungry I am. It's a vicious cycle. 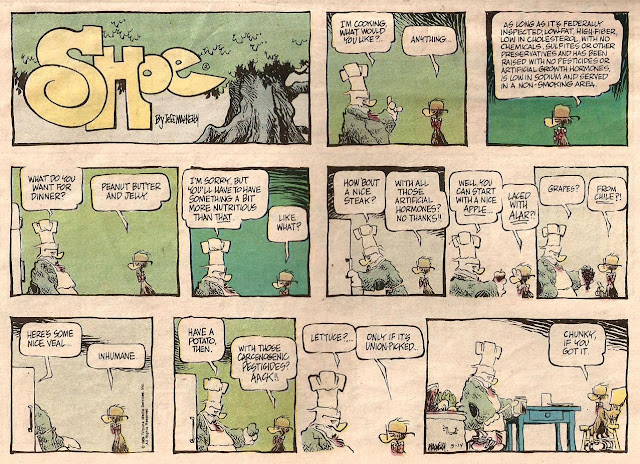