Recently, previews of TV shows and movie trailers have had captioning included, so I can finally understand what the spoilers are saying.  Though it's a case of TMI, so I wind up trying not to look too hard, since I'll wind up gathering potential clues to what the latest episode's building up to. 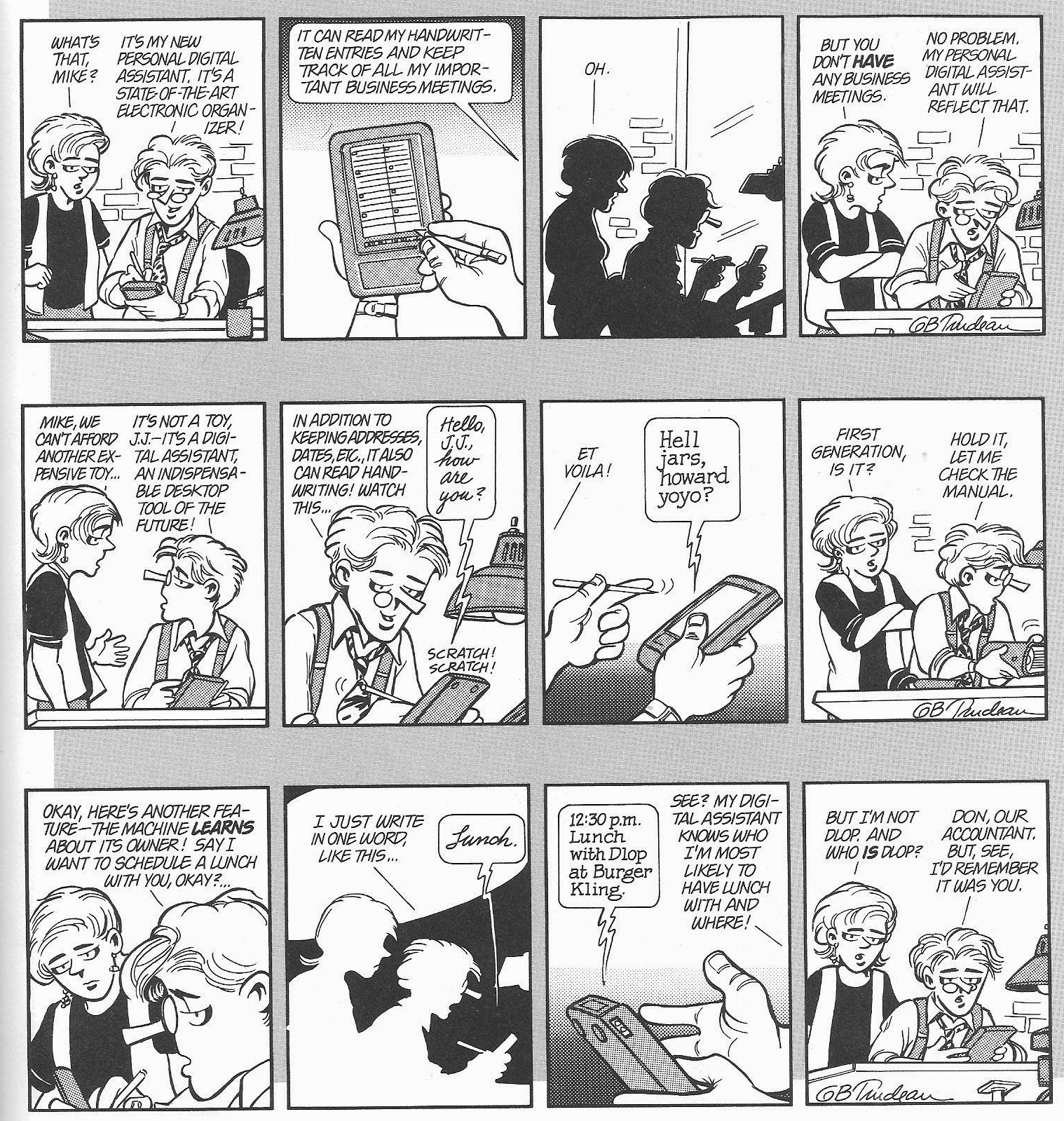 While I've been (reluctantly) enjoying the rash of quick quotes, I'm still fairly ignorant about nostalgic 80's shows such as Transformers and G.I. Joe.  (The movies are captioned though)  That could be forgiven, since they're essentially glorified commercial shows, but the lack of tainted nostalgia is denied of me.  Shows on NBC such as Heathcliff, The Smurfs and Alvin & the Chipmunks had no captioning, but shows on ABC such as The Real Ghostbusters, Flintstone Kids and Looney Toons were.  There were threats to neglect the sponsors of NBC's children's shows, since they weren't being accommodating towards handicapped children.  (Their Prime Time stuff was captioned though)  Me and my sister often settled for watching episodes of Sesame Street, even though we were above the target group, simply because we wanted to watch something we could understand.  But the biggest sin for lack of available subtitles is Rocky & Bullwinkle.  There are dozens of rapid-fire jokes spewed out within the confines of a minute, which would be impossible to understand without outside help.  The only reason I'm aware of the show's genius is because I borrowed some VHS collected tapes, and those were captioned.  I know that there are illegal subtitles available for downloading, but I shouldn't have to rely on those to get my fix.  These companies should get their act together. 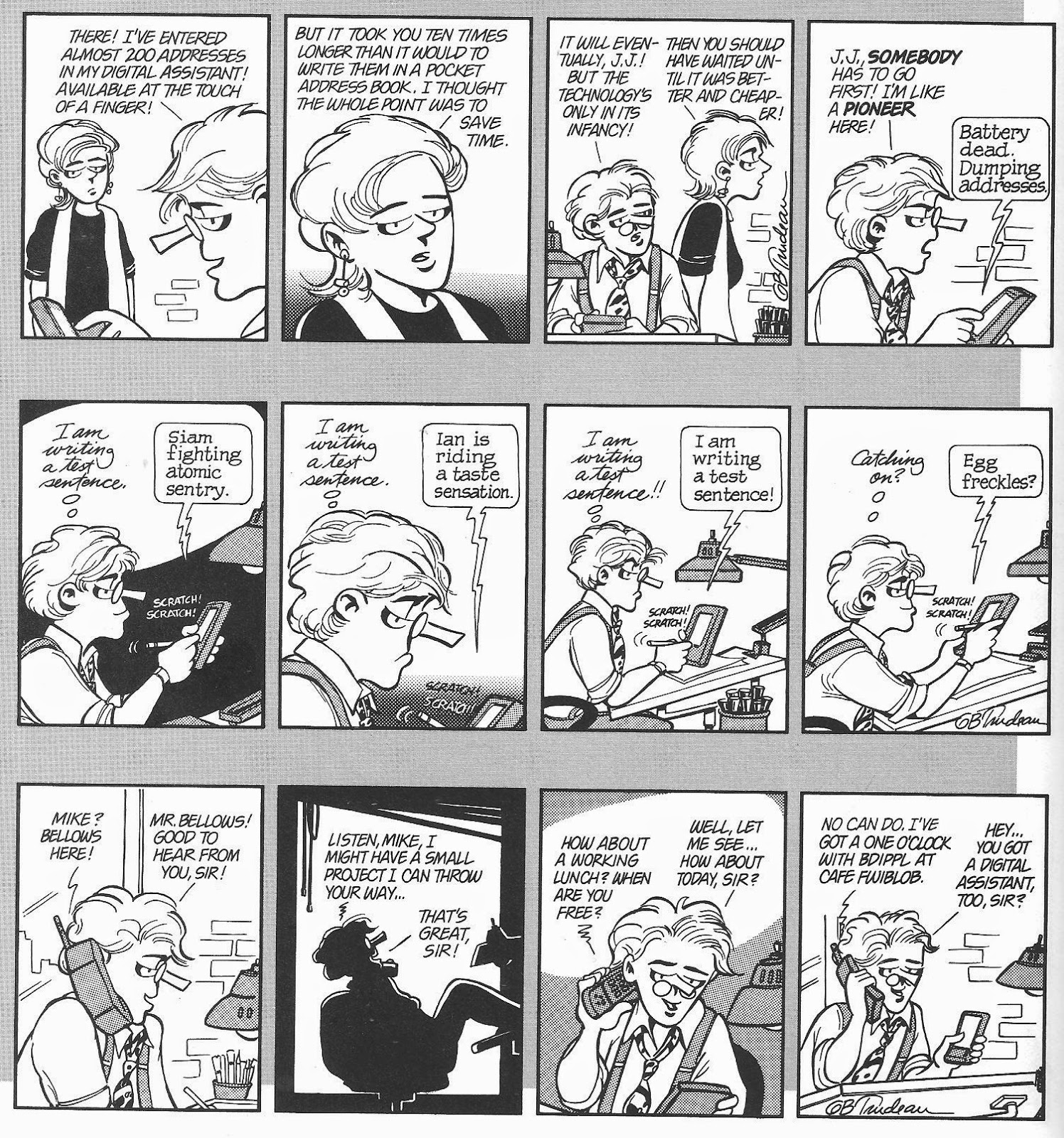 I was a little disappointed when I heard that Google Glasses wasn't as popular as they were advertised to be.  The reason they probably failed to catch on was because they suffered from having the eye being too close to the screen.  Having scouters that displays information directly to your retinas is a sound Sci-fi principle, but probably doesn't work well in reality.  We're more likely to retain information when seen from a distance to get the bigger picture.  The reason for my disappointment is that I thought that Google Glasses would be able to give miniature text-based subtitles of people's dialogue in the room.  Chances are they'd be simply unable to capture and differentiate between the numerous voices amidst the cacophony of noises all around them. 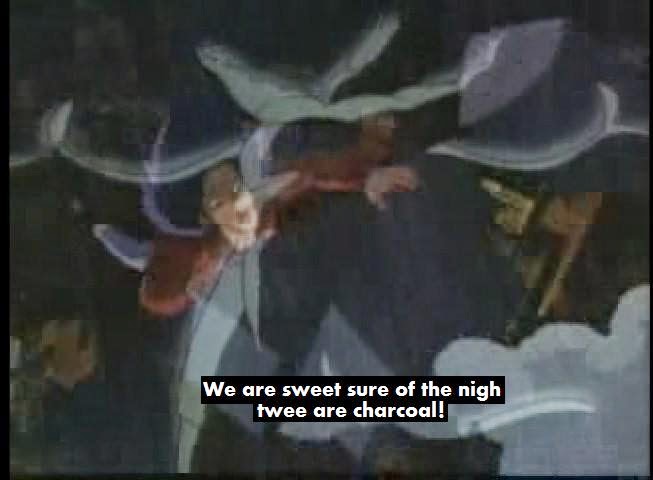 But maybe before moving onto new realms of uncharted technological territory, we should concentrate on perfecting the program of decoding human speech first.  Next to understanding images, capturing the essence of language is one of the most difficult things that computer AI is trying to tackle.

My impression of Youtube captioning was that they would be similar to real-time captioning that's prevalent on the news, where instead of having subtitles follow a script, an actual human being is made to transcribe text as they come live onscreen.  Real-time captioning is far from perfect, as it results in a time-lag delay during monologue-heavy scenes, and will rush by quickly in order to catch up, or will stall at a certain place to correct a spelling mistake.  Even so, it's still light years from the computer linguistic model which attempts to decipher the compounded cacophony of noises into something that makes sense.  If it's the audio that's a problem, a better solution would be to have a transcription embedded into pop-up annotations instead.  Like subtitles, they're optional, and can be turned on or off.
The program is unable to discern the difference between intonation, accents, musical pop culture references and background noises.  Somehow they're unable to tell when a sentence begins and ends, the proper way to compose a sentence, and to rearrange the words for reading comprehension.  It's especially annoying when the computer places a single word all by its own instead of grouped with the rest of the sentence.  So far, they suffer the same limitation that hearing aids do.
A hearing aid helps in amplifying sound, but that's pretty much what it does - it amplifies ALL sounds, including foreground and background noise, making differentiating between the two a great difficulty.
Likewise, if there's any lingering music during an interlude, the computer captioning will capture it as part of the speech, and transcribe it as such.  And this is only further compounded with foreign languages thrown into the mix.  Anything looking for that certain Je ne sois quoi would be mistaken as "Tennis quiet".
Speaking of French, there was a satirical poetry book, Mots D'Heures: Gousses, Rames (Mother Goose Rhymes), that had nonsensical French words phonetically arranged in the style of Nursery Rhymes, and then analyzed with literary references.  For instance, Humpty Dumpty Sat on a Wall would sound like Un petit d'un petit S'étonne aux Halles.  Un petit d'un petit (a baby's baby) was "The inevitable result of a child marriage."  S'étonne aux Halles (Is surprised at Les Halles)  would be "The subject of this epigrammatic poem is obviously from the provinces, since a native Parisan would take this famous old market for granted."  You get the idea.
When the subtitles are mangled, you wind up with lines that're amusing in ways that was never intended.  However, as funny as it is, it's a struggle for the rest of us.  Constantly reworking every single sound you've heard into something that makes sense is emotionally and physically exhausting, especially if you have no idea what they're talking about.
But it's not as if close captioning is entirely free of its faults.  There are the occasional instances of the usual spelling mistakes (there, their, they're), and lack of emphasis on pronunciation.

On an episode of Brothers & Sisters, two half-sisters were singing Let's Call the Whole Thing Off, one of whom was pissed at the other, and sabotaged it so it was heard as;

However, since the words looked exactly the same when written, there was no attempt to differentiate between the two, and all pretense of their conflict was lost.

For years, I thought that the interlude after "I hope you bring lots of Spaghetti" was "I'm Scared".
It wasn't until I saw the Garfield & Friends DVD that I saw an alternate version, which was "I'm full.", which makes more sense.  It seems that the theme song creators were equally confused about this Mondegreen, so when the 2nd theme song was redone, they used Wade Duck as a stand-in.  So which one's the correct choice?
Still, these are just niggling instances.  Compared to computers, humans are still light years ahead of the competition.  More often than not, when a sound is heard, the computer will go for the nearest Internet search parameters and select the closest phonetic equivalent among the most common and popular sounds available, rather than a historically relevant noise, let alone the context of what's currently happening onscreen.  Since they only transcribe sounds but not images, they can't make the connection that easily.
At least they're not along the same restrictions as Described Video, which takes the term redundancy to new heights.  Scenes of silent musical interludes would be described with obvious detail, along the likes of Sports commentary, most American comics, and spectators in Battle Manga.  "He's walking along the rocky path.  Now he's going up the cobblestone steps.  Now he's standing still, contemplating what to do next, his face etched in contemplative thought."
Close captioning was such an essential component for understanding what was going on it never occurred to me that there might be people who didn't like having words to read on the screen.  On that same trait, I can see how Described Video could be considered annoying to others.
For me, Close captioning is essential for understanding just what the heck's going on.  If there are any breaking news stories that have to be seen to be believed, I have to wait for a transcript rather than see clips of them live.  And oftentimes, they'll lose something in the transition.  Seeing them online is no help because unless they're heavily involved with corporations (who'd want to keep such transactions private), I have no hope of joining the rest of public opinion.

To further compound the difficulty of understanding rapid conversations, I can't ruminate or linger on anything that confuses me for too long, since I've got to move on to the next sentence.
More than anything, comprehension is important.  Even if you've got the exact wording right, they're useless if not in the correct order.  In an old issue of Entertainment Weekly Magazine, they showed some props from a Batman movie, one of which showed the following text sandwiched between cut-out venetian blinds:


Tear one what once off and was red
Scratch my is black head instead.
This phrase would be considered completely nonsensical until you rearrange the words like so:


Tear one off and scratch my head
What once was red is black instead.
Now, it's possible that the majority of The Riddler's riddles are inaccessible puzzles like these, but they have to be incredibly dumbed down in order to be comprehensible to the masses who'd feel completely left out if they were left in their natural state.  There's being deliberately oblique, and there's being overly obtuse.  Sometimes the surest way to understand a hard-to-understand word is not to repeat it verbatim over and over until it makes sense, but to use a different word along the same lines.  It shouldn't be that difficult to think of alternatives.  That's what Synonym dictionaries are for.
Equally annoying are TV shows that were captioned on their live airings (Air Farce, ReGenesis, Poirot) but didn't have that saved for their DVD cases.  Another major annoyance are DVDs that have their main features captioned, but don't bother to go the extra length to have their Special Features and outtakes subtitled, leaving me to sought out these factoids gleamed from online second-hand sources like Wikipedia and TVtropes.  Interestingly enough, I've found that the rare DVDs that had their special features subtitled, such as Jericho, Medium and District 9, have had a deaf member in their cast.  Apparently these Special guests were enough of an influential presence that they went out of their way to make sure they'd enjoy the releases as much as anybody else.

Back in the day, there was heavy resistance for showing any Close Captioning on TV, since sponsors felt there was little demand from audiences who didn't have decoders ready for the select few viewers that could afford them.  Nowadays, pretty much every show on cable has captioning, and the latest widescreen models have captioning embedded into their microchips.  Oftentimes, it feels as if the trailblazing efforts for Youtube captioning is suffering the same stigmata that Close Captioning for TV did in its infancy.  (Thirty years ago!)  There's no conscious effort to improve upon these faults, since there are multiple outlets, and unless there are any monetary disadvantages from not choosing one video-sharing source over another, we'll never see any improvement anytime soon.
As it turns out, hearing things is remarkably easy.  Making sense out of multiple sounds is the hard part.