In honour of National Garbage Day, here's a tribute to the profession what Opus the Penguin called a "Waste-Management Artisan".  There aren't that many garbagemen in the funny pages, Dilbert's guest appearances by the smartest garbageman being a rare exception.  In the early days, Abercrombie and Fitch, were an obvious allusion to the famous clothing store, but are hardly known today.  (Or maybe they've shown up sporadically.  I haven't read Hi & Lois in years) 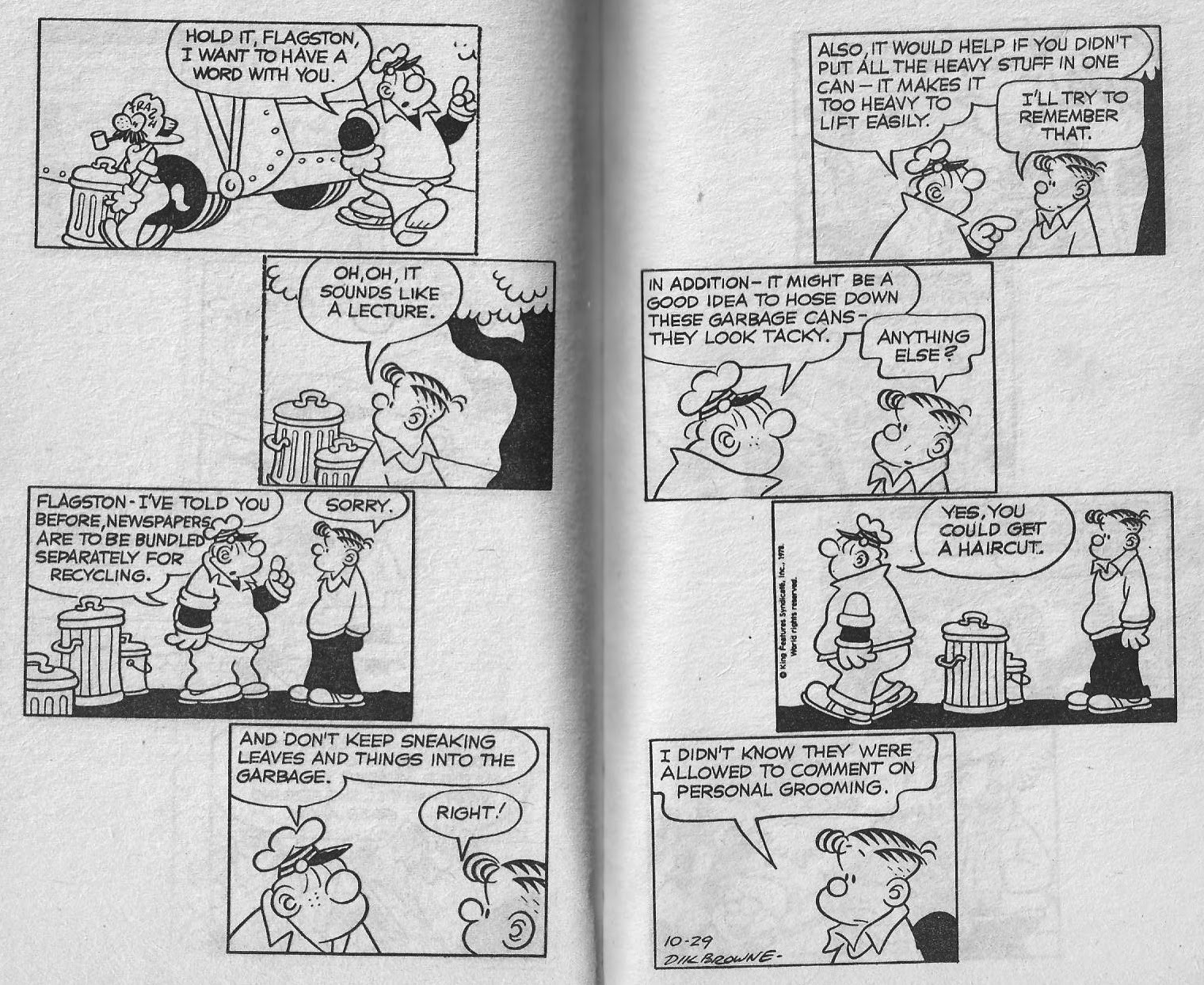 According to the Best of Hi & Lois book, Ambercrombie was a connoisseur garbageman and extremely fussy about what people threw away, claiming that they weren't sufficient enough to be carried in the confines of his garbage truck.  He only accepted quality garbage, see.  Anything less would be considered an insult to his profession. 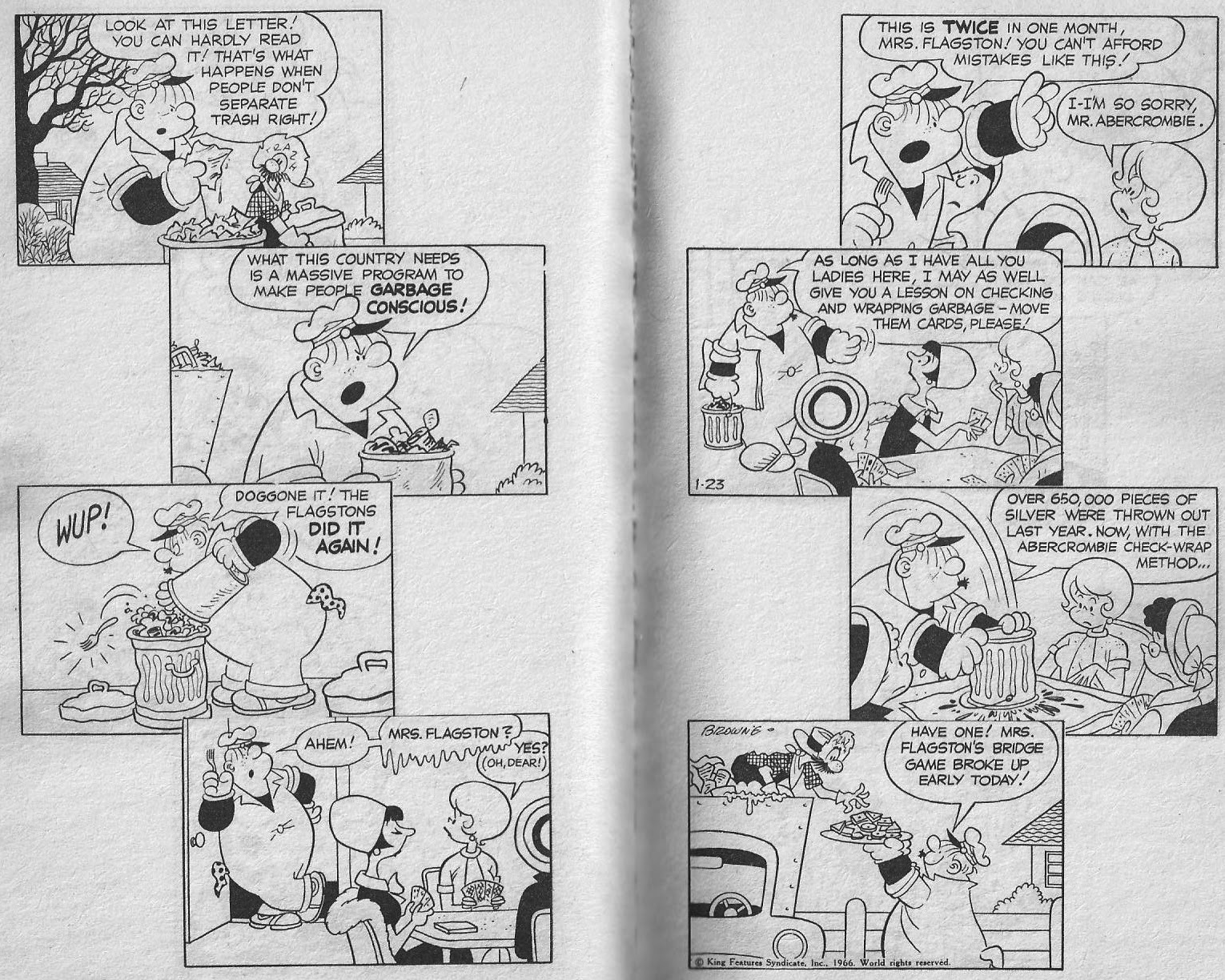 Considering the rapidity and speed needed for the profession, going from house to house for blocks on end, you'd wonder how they'd have any time to chat with any of their clients (I hesitate to use the term customer) since they're hardly the only ones who need their curbs cleaned of refuse.  Do other houses get psychoanalyzed to this extent? 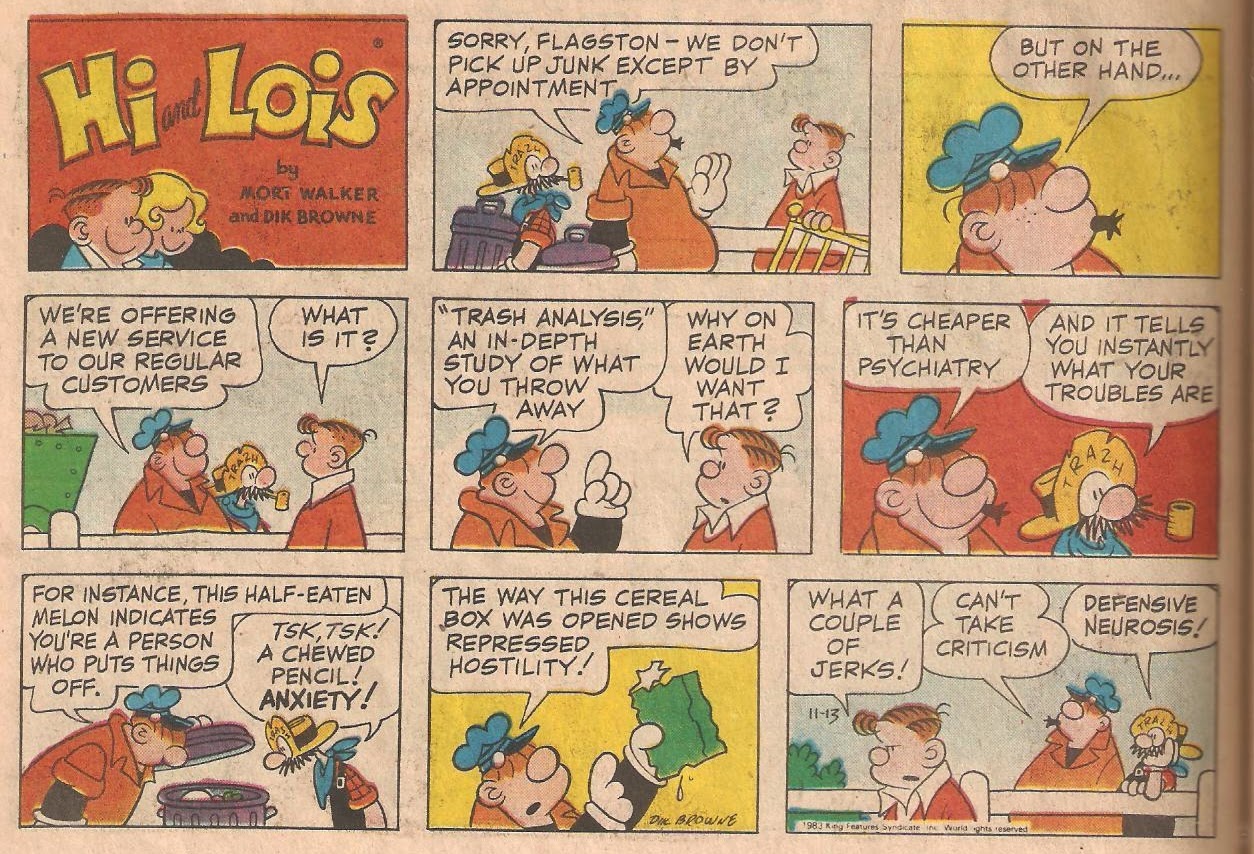 While we don't think much about sanitation works (if at all), it's mostly from their doing what amounts to the invisible chore cleaning the house.  No one notices their absence until they go on strike, since dealing hundreds of trash on the curb certainly is quite daunting in more ways than one.  It seems somewhat fitting that after a customary obscure holiday thanking garbagemen for the thankless task of taking away refuse, they'd be more likely to find throwaway cards in the very containers they're carrying out. 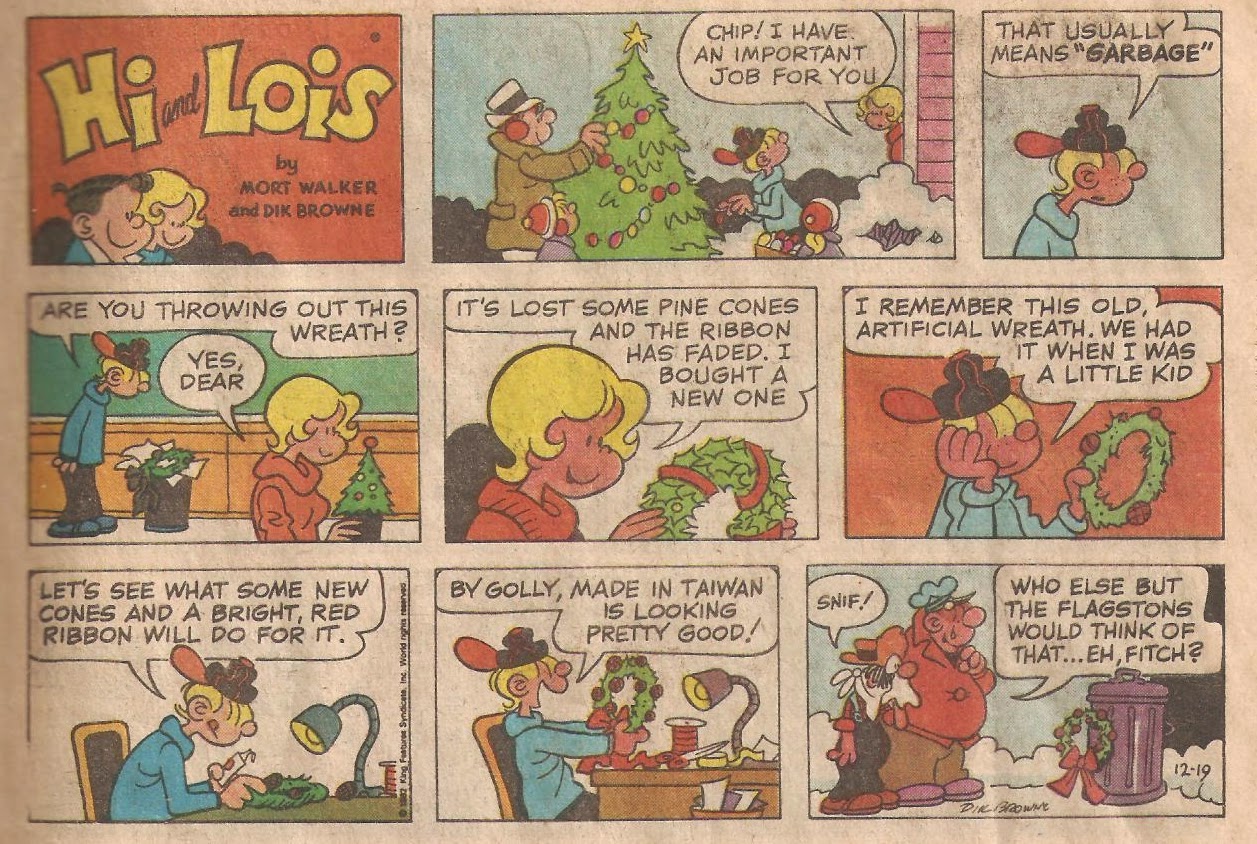