December is Strapped for Puns 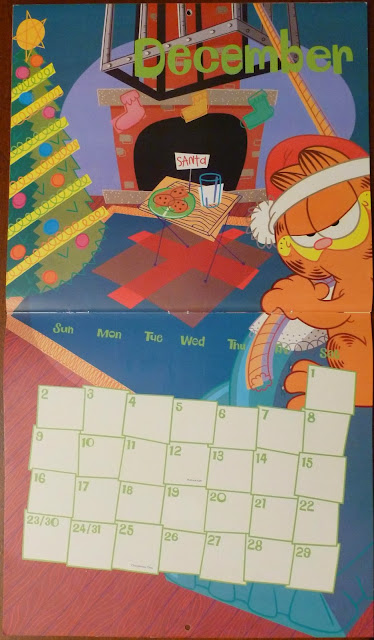 As with last year, December is bereft of the usual litany of good jokes, which as it turns, doesn't change things that much.  Garfield is still a maliciously greedy, selfish, self-absorbed and vain package all rolled up in one, as seen by his favorite activity which isn't ripping up Christmas gifts, but staring at warped multicoloured reflections of himself through Christmas ornaments.
In fact, this activity is so widespread that the rest of the usual cast decides to join him on this unusual narcissist view.  Including Pooky who may or may not be in favor of this.  As a non-sentient teddy bear, he has no say in whatever deeds Garfield includes him in. 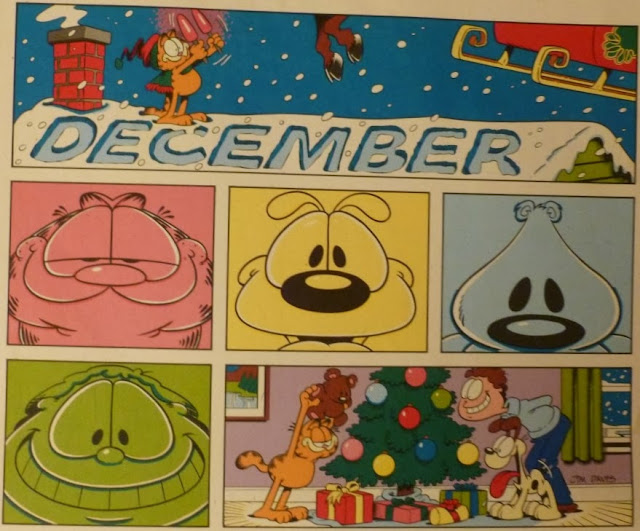 If it weren't for the fact that he was potentially worried about getting caught for his behavior in the other 11 months of the year, we wouldn't get anything resembling holiday cheer.

As a finale, we get what's one of the more unusual role reversals of the season: 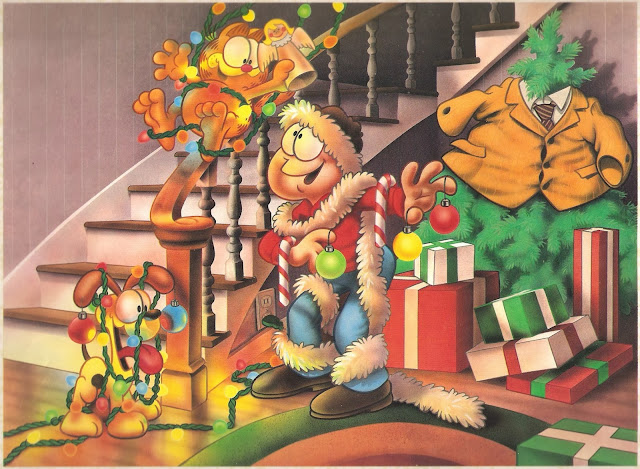 Why should Christmas trees have all the fun?  During the holidays, wouldn't you rather have people admire you than some dumb tree?  By the way, don't forget to unplug yourself before taking a shower.

And with this, I've exhausted my collection of Fbofw and Garfield calendars.  However, I've got a bunch of other calendars throughout the years from less commercially popular outlets I'll be dabbling with in future months.
Posted by DeBT at 12:40 PM