To an Early Graves


Back when I described my epic comic find, I scanned a bunch of Graves Inc. strips, but decided against showing all of them at once, feeling that the post was going on long enough already, and wanted to skip to the end. 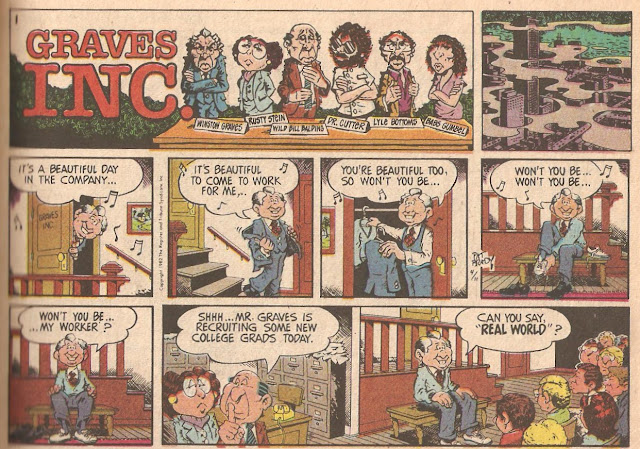 The other reason I chose not to show these was because I felt that these strips weren't as strong or funny as my other examples. 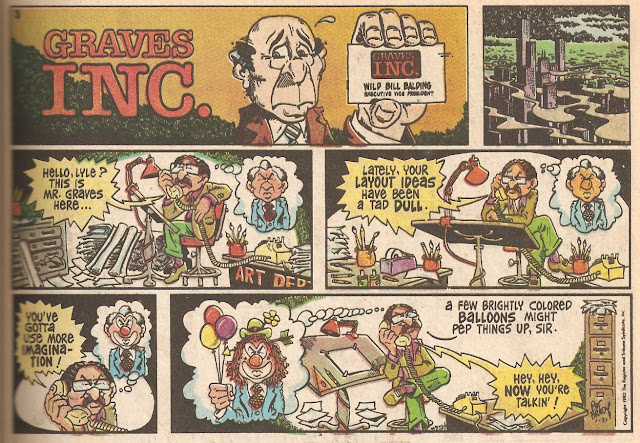 There are some creators who are reluctant to take a look at their earlier work, because they don't want to be influenced by what they've done, having "grown up", and letting their newfound experience inspire their latest work.  And then there's creators whose early work is clearly an embarrassment to them.  In the case of some Graves Inc. comics, the latter option certainly qualifies. 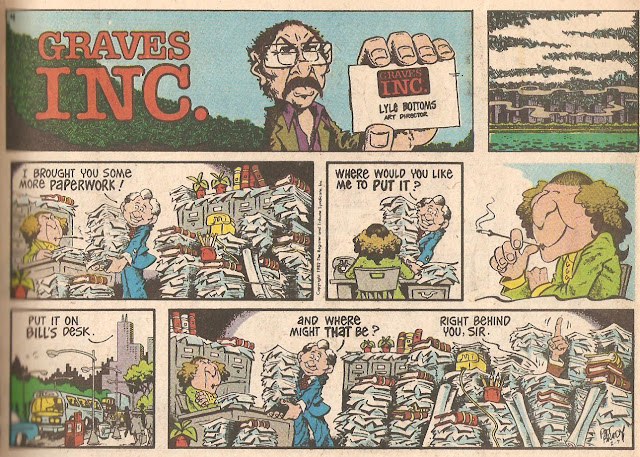 The comic is lavishly drawn, but in the end, it still designs to show a simple joke.  That's a lot of effort to create a throwaway punchline.  Only artists who really enjoy their craft can afford to focus on this much effort without skimping on the details or relying on helpful shortcuts.  In addition to being a completely inverted comic compared to the saccharine Rose is Rose, Graves Inc. is a dour smog-filled place where any joy is likely to be short-lived.  The last comic below is a rendition of the famous Casey at the Bat poem.  No guesses for how this pessimistic workplace scenario ends up. 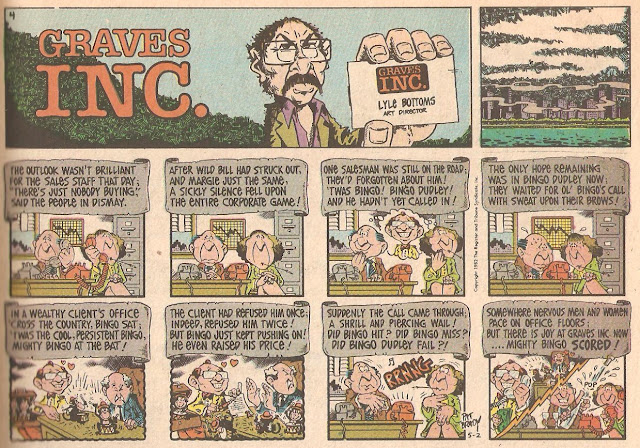 ...huh.  I guess the 162nd Ferengi Rule of Acquisition still applies: "Even in the Worst of times, someone makes a profit".  One thing that most people who create dystopian civilizations forget - it's impossible for everything to be awful all the time.  There has to be the occasional twinge of victory once in awhile.  That way, the sting of defeat can feel just as overwhelming.  Otherwise, it just becomes a hollow pursuit.  If you never achieve anything of worth once in awhile, then you'll never want to accomplish that high once again.  Having that goal exceed your grasp when you've tasted a win once is more despairing than never reaching it in the first place.