Around the time For Better or For Worse was struggling towards an inconclusive ending to its long-running soap opera-ish comic, Lynn Johnson was branching out her artistic cartoony skills for other informative books, two of which are available on her site.  Leaving Home, a College introduction using Michael Patterson reprise in his Zonker Harris mode minus the distinctive goatee, and a Learn Spanish book for some reason. 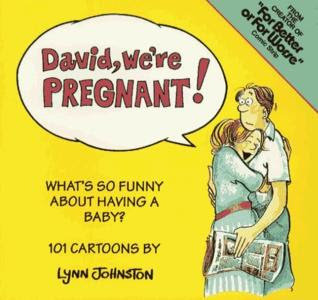 It's well known that before she garnered fame with her famous strip, she ventured out with a collection of 101 comics inspired by waiting on her doctor's table that would later be known as David, We're Pregnant!  The first draft had rough elements suck as sketchy artwork and swearing, which was toned down and revised in the later family-friendly versions.  Prior to that, her only experience with being an outlet for humour was with providing medical illustrative material for McMaster University, only one of which appeared in a Comics Journal interview.  The only othe shared artwork was when Lynn later paid tribute to her roots in the form of a card  .She's often remarked that students who studied her amusing illustrations could remember the material much easier than students who were deprived of her talents. Learning medicine just to see these cartoons is a pretty wrong motivation to become a doctor, and hopefully these samples will be made public not posthumously. 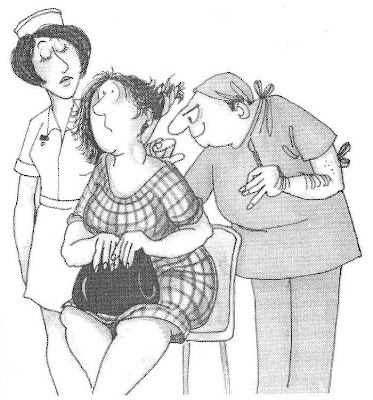 But these attempts at outsourcing material aren't the only instance where the famed cartoonist lent her services to another writer. 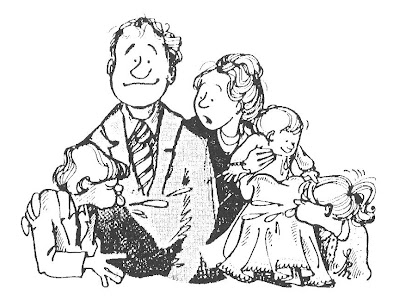 Early in her career when she was still starting out, she provided some handy illustrations to humour columnist Gary Lautens.  He was a Canadian journalist who talked about his family in the 60's until his untimely death from a heart attack in 1992.  Her artwork appeared in the pages of Take my Family Please! and No Sex Please... We're Married.  His stuff was quite popular with Canadian readers, and when he died, they felt they'd lost a friend.  Despite his past accomplishments (over 10,000 written articles), he remains virtually unknown today, and his books are sadly out of print.  Coincidentally enough, the Lautens family donated his private papers to McMaster University, the very same school that Lynn Johnson started working.  There must be a connection there or something.

In addition to being influenced by Peanuts, Aislin and Doug Wright, we can now add Gary Lautens to the list.  Indeed, some of his writings clearly influenced her strips, and there are certainly several instances that are deliberately lifted from the man. 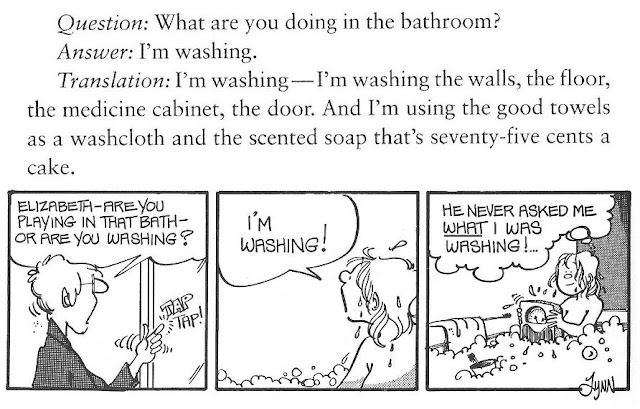 I have to admit, when I first saw these books, the first thing I did was flip through to look at the drawings first, then force myself to actually read the relevant text.  It's not easy to go from pictures to words, especially if the images and text don't match on the same page, and it's not helped if the prose isn't as funny as it thinks it is. 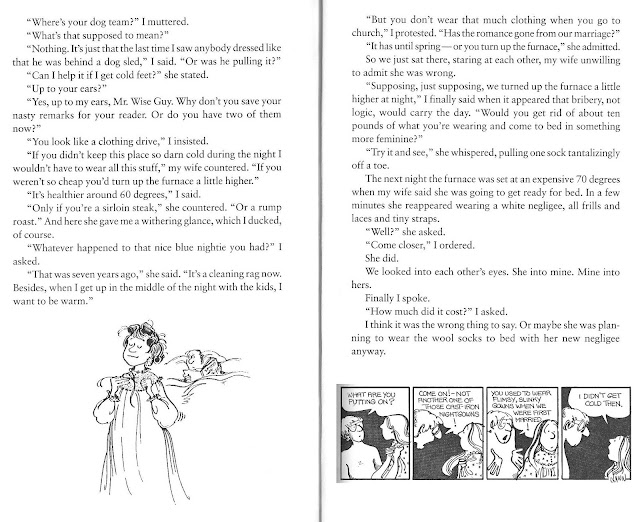 Your humour may vary, and some of the jokes and scenarios may fall flat since they may not be as timeless as one thinks.  One major fault that FBOFW did in trying to remain current with reruns was to try to pretend that these were taking place in a timeless moment when there are countless artifacts and background details that just screams '80s.  Updating the text doesn't work when you're talking about Boy George or Michael Jackson.  Hardly anybody watches TVs that aren't flatscreen, save for a few nostalgia seekers who prefer the company of manually changing channels by hand.

This is especially evident in this elaborate essay that gives more credit to Lynn's widening her worldview by having her characters move to exotic locations instead of remaining in a static hometown environment.
I was more interested in the cartoons that accompanied the piece than actually reading the lengthy point-form ridden essay.  Hopefully, if you pay more attention to the drawings and not the written stuff, then you won't notice how shoddily written the prepared piece is.  If you skimmed over this sentence in favor of the amusing cartoons in this post, then it means it's working! 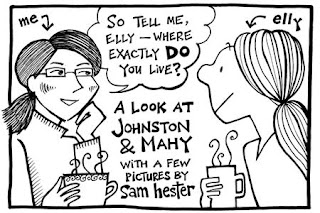 But this wasn't the only instance where she lent her artwork for a writer.  Lynn Johnson also applied her talents to There's a Worm in my Apple, by Sheena Baker, a teacher Lynn was friends with.  Like the Gary Lautens books, Worm is filled with amusing anecdotes while teaching grade school children, but in bite-sized segments for easier digestion. 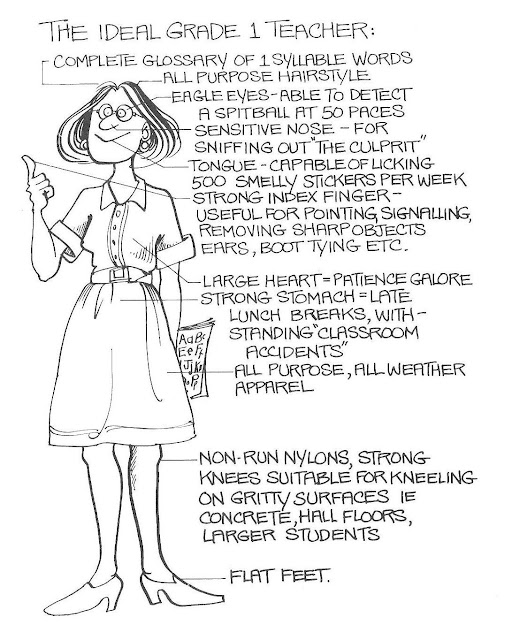 This book is even more obscure than the previously mentioned items, and its surprising that Lynn Johnson hasn't taken the time to publicize her earlier stuff, given how much she likes talking about her past.  This is the kind of stuff that would appeal to long-time fans seeking out past material of her previous artwork when it was still funny. 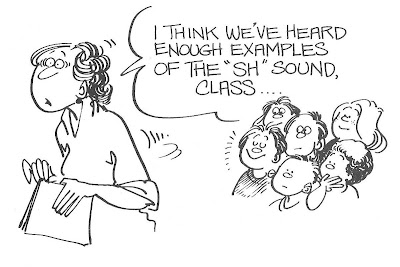 There's a conflicting conundrum where in order for a writer to become respected, they need to be doing serious work to gain foothold in the literary field.  Problem is, if you come from a place of humour, you're going to lose your audience just to favor curry with the select few whose opinions really "matter".  Is it any coincidence that when Steven Spielberg started listening to his detractors and produced serious material starting with Schindler's List, he became less popular with moviegoers, even as he was winning Academy Awards?  The last "fun" movie he made I can think of recently (that I've seen) is the memorable Catch Me if you Can.  (The Terminal fails with the tacked-on love interest)  When Gary Lautens tried to introduce serious elements into his family anecdotes, his readers backlashed saying they wanted to hear the funny stuff, since they had the rest of the paper to handle depressing stuff.  The man complied, since he knew when to listen. 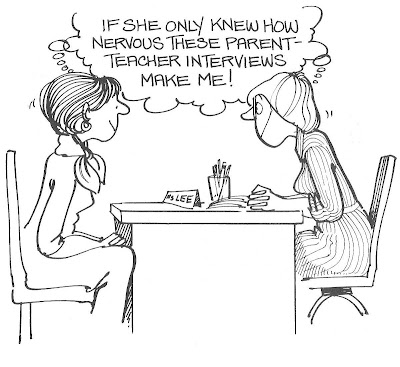 Too bad Lynn Johnson didn't have anybody brave enough to tell her that her comic was declining in later years to the point it became a chore to read.  Since then, I've entered a death pact with my sister - if, at any time, either one of us recognizes that our current work is unsatisfactory to our high aspirations, and the other is unwilling to admit or acknowledge it, we have permission to stop the other by all means necessary before our work gets sullied even further.  Better to be remembered for our high points than our gradual decline. 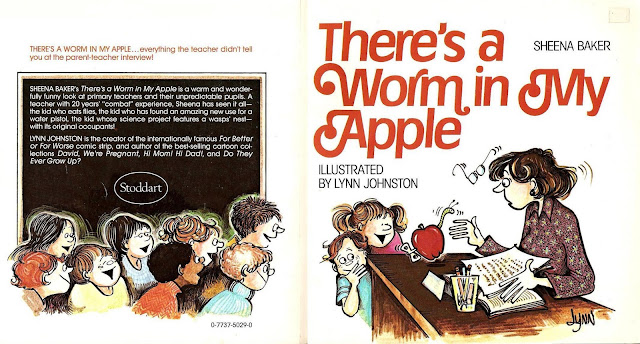