Back in an earlier entry, I expressed some remorse for not keeping the originals of a childhood educational pamphlet because I had no idea what the exact names of the twin aliens were. It was only by the sheerest fluke of luck that I noticed a certain book; Canuck Comics while browsing the 741.5 shelves, the comic section of the library that's normally reserved for comic-related items not grouped together in the Graphic Novels section, and was where comic paperbacks were located until they got their own shelves devoted to them. 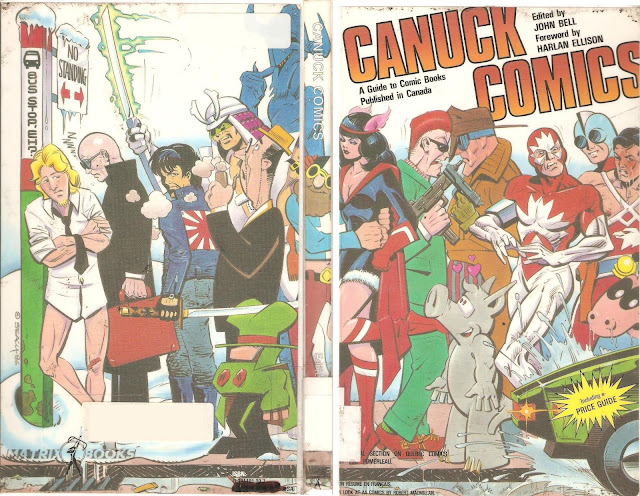 Most people would've only noticed (and recognized) the off-model version of Cerebus on there. But it was only after taking a second look that I noticed a certain infamous Red-haired FBI agent arguing with another guy in a trenchcoat. (Kelvin Mace, a hilarious private eye who's just as high-strung as Red Ketchup is, though sadly, it only lasted two issues before the artist died) Some history of the tragic history of the short-lived series can be found by co-creator, Ty Templeton here.

Some further readings of the text showed that Quebec comics have had a long and fractured history. They've been highly influenced by European and American comics, which has led to their diversive output, but has also severely limited their commercial potential compared to their better-known competitors. No popular publication of any Quebec comic save for Croc and Safarir magazines lasted over two years, and most folded sooner. I would be very surprised if anybody could name more than five cartoon faces on this page here. 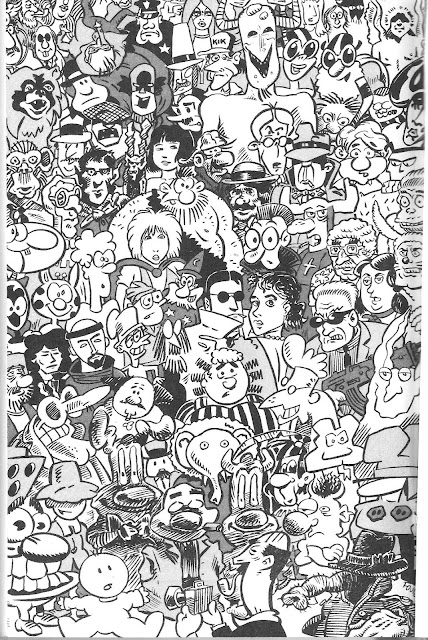 Despite the overwhelming odds against homegrown cartoonists ever getting published, there's still an abundance of potential artists wanting to devote themselves to the ninth art, no matter how offputting the odds are. One of my greatest surprises was when I saw two Asian teenage girls do some penciling, inking and colouring of pages of a BD comic for a school contest. Not Manga - Bande Dessinée, with 4-layered rows, hand-drawned sound effects, big-nosed protagonists and everything. I couldn't read a word of it, but expressed my admiration for their efforts and wished them luck on winning. I have no idea if they won the prize or not, but would be curious to know the results. The link I was given could only be accessible via internal school memberships, so I had no way of finding out. 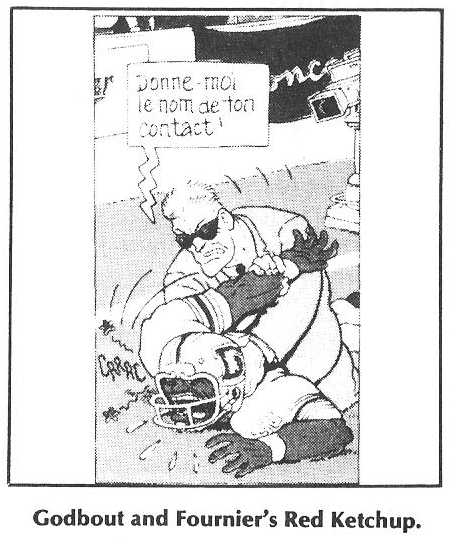 At first, I was disappointed, because the only mention of Red Ketchup were confined to a brief sentence description as being a spinoff of Michel Risque, and a rough black & white panel of him breaking a certain linebacker's arm. I would've contented myself with making scans of the wraparound cover until I took another flip through the book and noticed that there was a certain cover that gave me the first lead I'd had in over a decade. If that picture hadn't been there, I would've missed it completely without a second glance. 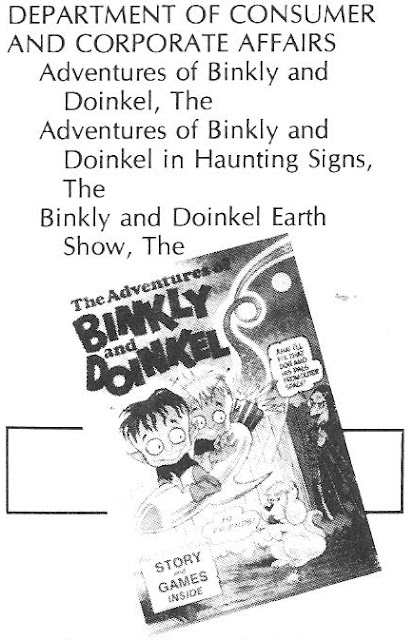 After finding the proper name, I was able to make a customary search on some more background details. One thing that perplexed me was that the cover design on that particular issue was completely different from what I was expecting. Even the species of Sniffer the dog had changed. Turns out that they were part of a series of three issues, the third of which I was more familiar with. However, the interlude between the first and third were miniscule compared to the mass discrepancies of the second, which might as well have been done by a blind person doing abstract artistic representations. (Sorry, Diane Demerais)

They were originally puppet-figure features from the National Film Board on Safety Awareness.
Sadly, the originals have been lost to time, and only the scripts still remain in their archives. All that's left is a 17-minute video that can be seen in its entirety here:

I have to say that the nostalgia value of seeing the inspirational source material is not quite as inspiring as the actual 16-page comic I saw them from. It wasn't exactly high literature or art, but it was entertaining and dramatic enough in its own right, particularly where the household chemicals of corrosives, poisons, flamables and explosives were anthropomorphized by Fingers, Bones, Torchy and Boomer. 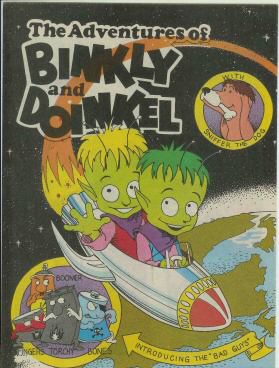 The only other possible relevance that this would have for modern-day S-hero fans is that the artist Owen McCarron, contributed to 'Spidey's Super Stories' and 'The Mighty Marvel Superheroes Fun Book' at Marvel in the late 1970s.

Along the way, I contacted a certain Nathan Shumate who bragged about acquiring the comic for his personal collection. I asked if he was interested in posting the relevant pages. With any luck, we should be seeing the reason why I have such fond memories of this comic up sometime soon. ...That is, if he ever gets around to finding the elusive comic among his personal effects. Until then, I won't be holding my baited breath, but be waiting with sheer anticipation until the scans are shown. All that's left to do is wait.