Back when comic characters having large eyes meant having ping-pong sized bug-eyed expressions instead of Manga doe-eyed childish appeal, precautions had to be made to ensure that no other tiny "dots" be seen within the interior of the eye, lest it cause confusion. A slight printing error could cause the unintended result of having two eyes, each looking in a different direction. In the sixth panel of the Broom Hilda comic, Broomie is simultaneously looking at Gaylord and Irwin at the same time. This feat can only be accomplished by similarly affected historical figures, such as Liu Ch'ung from Ripley's Believe it or Not! 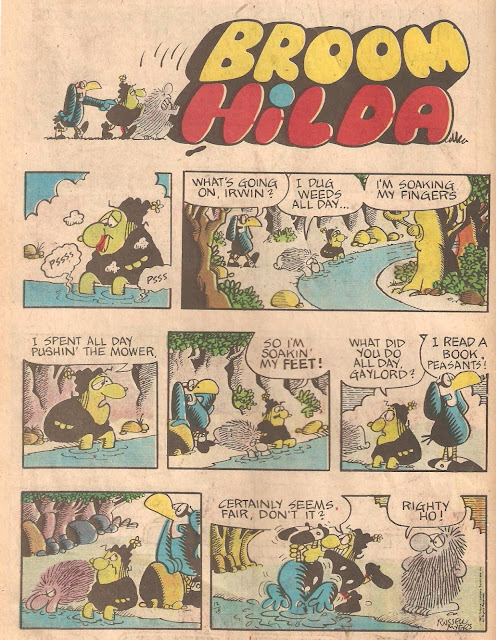 Another example would be Marvin here, where he's reacting both in shock to being found escaping, and looking at the headlight from a backwards glance. While I know that's the most logical choice, I prefer to think that he's doing a miniature version of cartoon characters looking everywhere at once during a hazardous situation. At times when I'm stressed, I find it difficult to keep my eyes still, because they're constantly darting all over the place, looking for something to focus on. 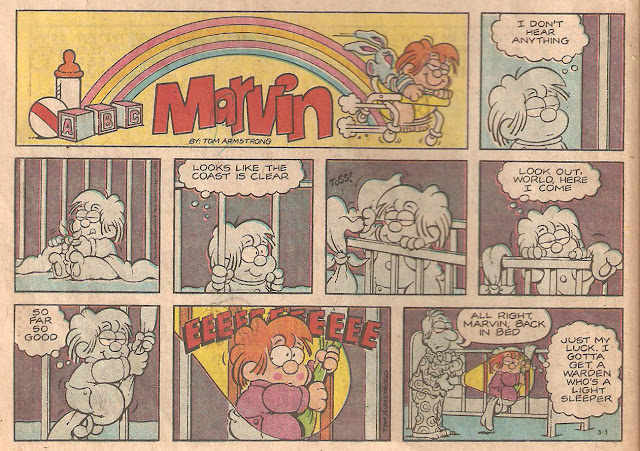 I'd hoped to find another example, but I was unable to do so. Seems that finding these kinds of mistakes are just as rare as the symptoms they come from. So I'll expand on to another field of visual optics. Sometimes when I look at a cartoon panel, I'll have some difficulty finding the face. This isn't a form of Prosopagnosia where every face looks the same, but somewhere along similar lines when I'm not exactly sure where the face begins and ends.

As a kid, I used to have extremely vivid daydreams that felt as real as a movie screen. These would last several seconds and only faded away when the image I was thinking of superimposed itself against the background or foreground I was currently looking at. I receive this familiar sensation when I stare at these unfamiliar faces. Here, the front cover looks like a large potato-head guy anticipating using a gun on a nerdy bird picking flowers. It wasn't until I took a zoomed back that I saw where I was mistaken. 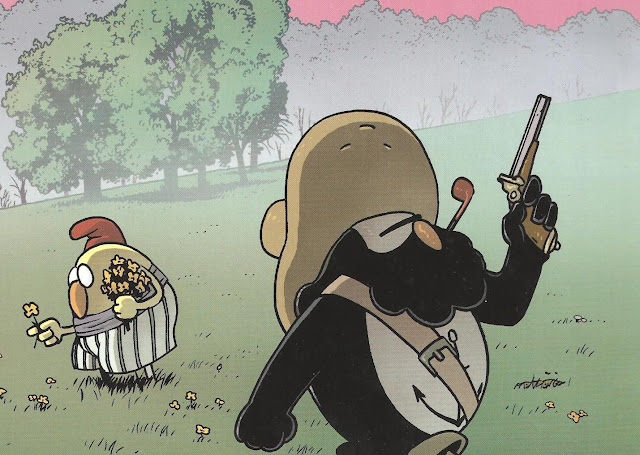 Having been accustomed to Herman's breaking the rules by constantly showing his characters from behind (a cardinal sin in cover philosophy, where the main characters are always facing the audience), I thought that Captain Miaou's hat was his face and nose. His clenched fist, the belt on his chest, raising the gun and facing his intended target all led me to believe he was looking back instead of forwards. His lack of facial features and my lack of awareness of the character designs also threw me off. I'm sure that until you took another look, you fell to the same trap. 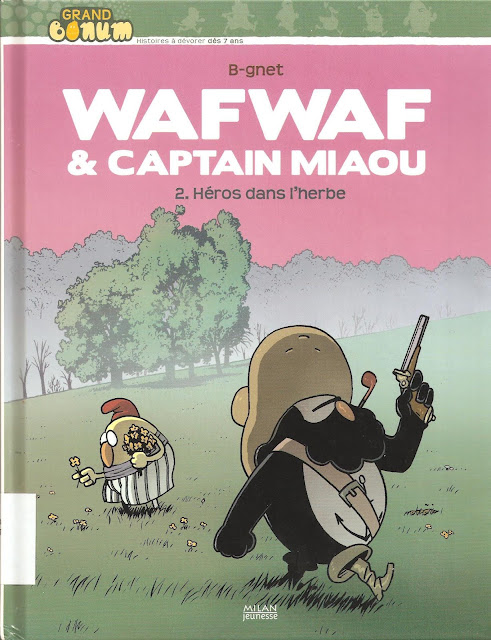 When faced with something unfamiliar, I use the closest possible reference and follow up from there in the hopes that it'll match. In the back cover of The 13 1/2 Lives of Captain Bluebear, there was a creature that looked like one of the birds from the second Gantz mission. It sure looks a lot like a toucan doesn't it? 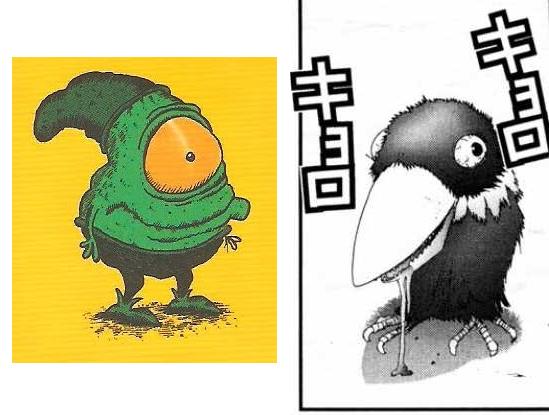 However, when I cracked open the fat tome, I eventually came across the page where the one-eyed Gnomelet originated, and found out that I'd mistaken where his mouth started. The colouring of the hat looked like a beak, and the stubby arms and legs were almost unnoticeable. 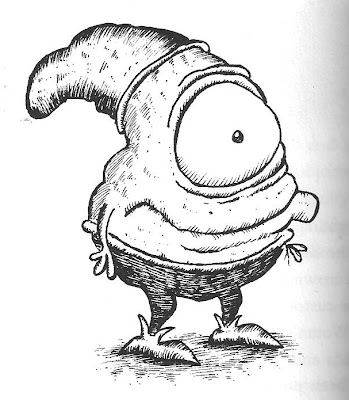 There are all kinds of instances where I'll see a second face that was unintended by the artist, and wind up being like one of those upside-down double faces, only more closer to the illusion of seeing a rabbit and a duck at the same time. The absolute worst are the ones where there are extreme close-ups, making it almost impossible to tell what I'm looking at. Has this ever happened to anybody else? 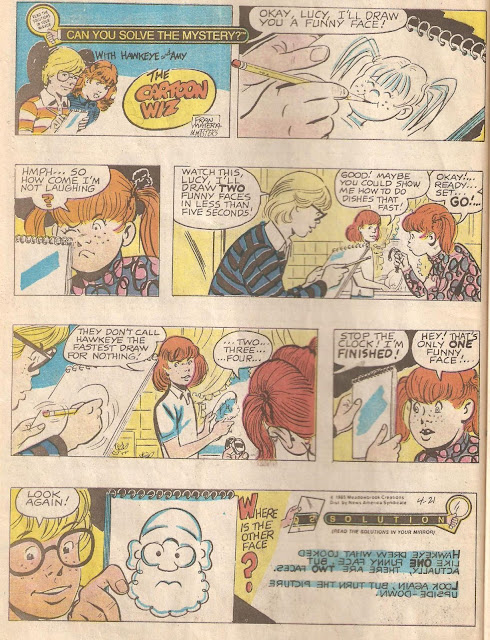