For a single-panel strip titled Herman, you'd expect that there be numerous references to the man himself, since he's the titular character. Strangely enough, his name was mentioned more often in the early strips, and when he was called, it tended to happen while he was off-screen or his face was obscured. 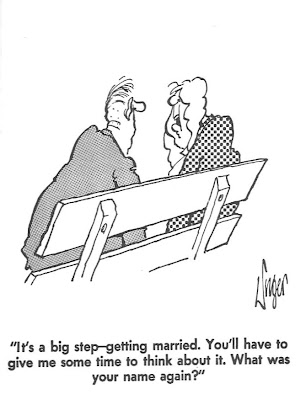 It's somewhat of an ironic thing that you were more likely to see names other than Herman mentioned in the strip. There was a recent archive of comics shown referencing the Parkers, though they're only a fraction compared to the other names that regularly pop up.

A quick survey through my personal collection showed some names that goes as follows: One-shot names include Herbert, Dave, Ron, Frank and Wagstaff. Some slightly more common names would include Joyce, Miller, Mildred, Muriel and Williams. More frequently used names would include Wilson, Lily and Harry. 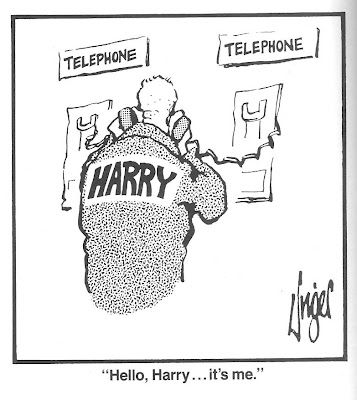 This occurred to me when I noticed a certain name, Mildew, started showing up quite frequently. Mildew is such an an usual name that it garnered my attention. In fact, Herman could've been retitled Mildew, and no one could've telled the difference. (Of course by then, Mildew would have to be renamed Herman. Go figure) 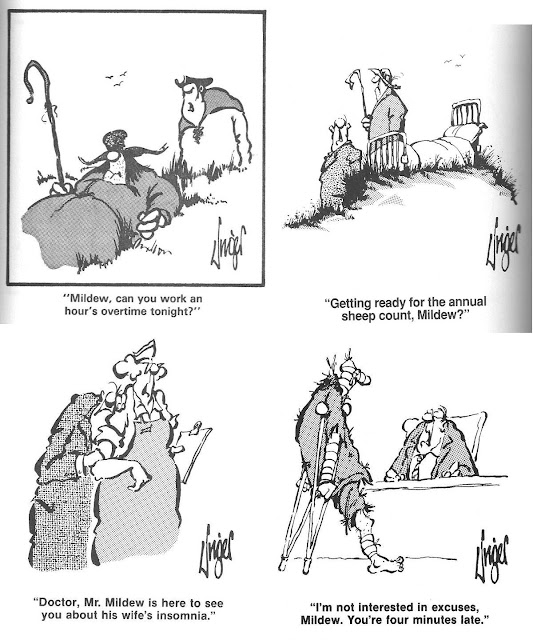 There seems to be a kind of pattern to the usage of Mildew. usually accompanied with his ineptitude at the workplace. I haven't checked to see if there's a similar theme with the other names as well, though it's certainly possible. 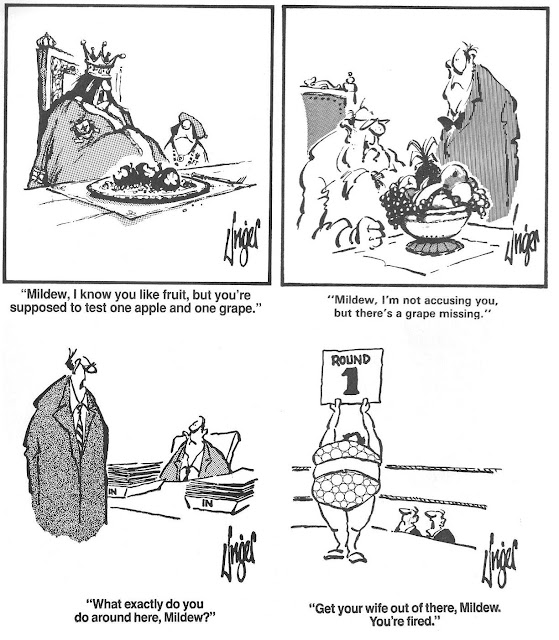 This Mildew Sunday comic below is also the most frequently reprinted, shown in the newest Herman Classics books, 2nd volume page 45 and 5th volume page 175 respectively. Just another reason to have a more comprehensive collection. 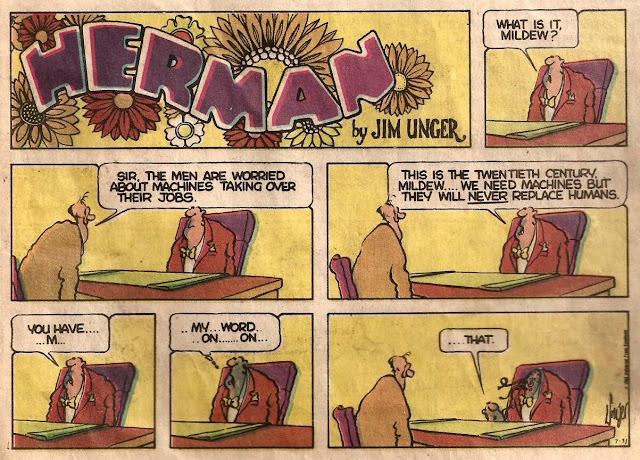 I also prefer the discolouration of the boss' face here, since it gives the sensation of his robotic nature showing through.

At first I thought that Mildew was the most commonly used name, but a tally showed that there was another name that outpaced the previous results by two. The winner for the most used name other than Herman and Mildew is... Ralph. 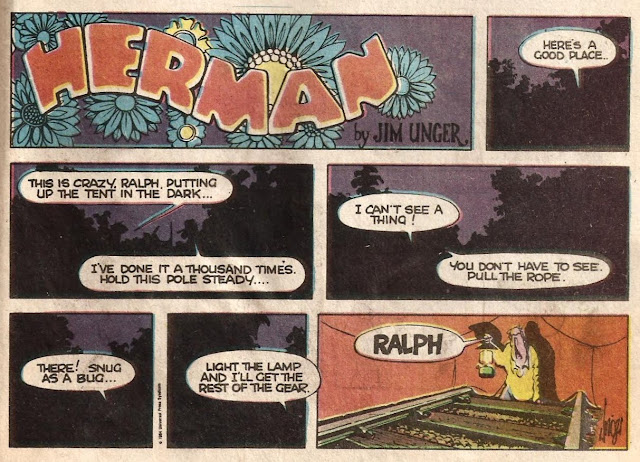 Yeah, that doesn't sound quite as impressive as it should be, right? I think a book even that said that Ralph was basically a dog's name. Maybe sticking with Herman wasn't such a bad choice after all. It's certainly has more resonance than Ziggy. 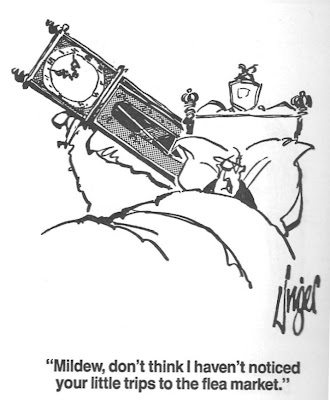