As a Day in June 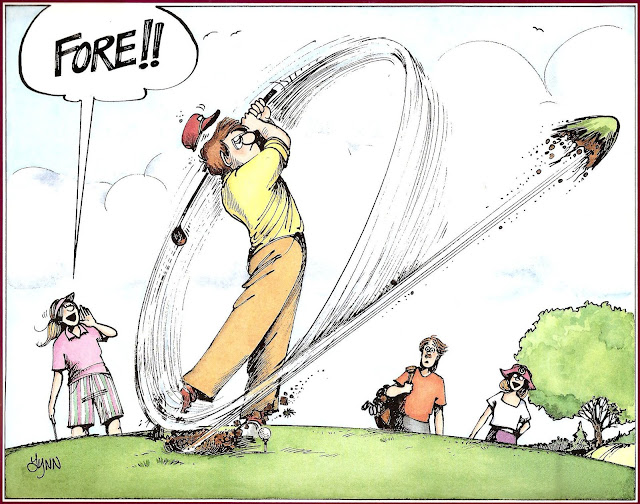 The answer to the scarcity of a nonexistent date would be a golfing comic in FBOFW. We also get to see the early prototype for Michael’s planned facial hair for when he was emulating his Zonker Harris stage while at College. It’s not quite on the same level of Anthony’s pornstache, but it certainly looks better.

Lynn hardly put much stock in sports, even though her kids were regular hockey players in their youth, and was one of the few cartoonists who didn't pump out mediocre filler material of her family going on golfing outings. Here, she betrays that proud heritage with the publication of a single one-panel joke, complete with accompanying commentary strip. It may be a one-shot, but it still feels somewhat disappointing to see her pander to common taste. 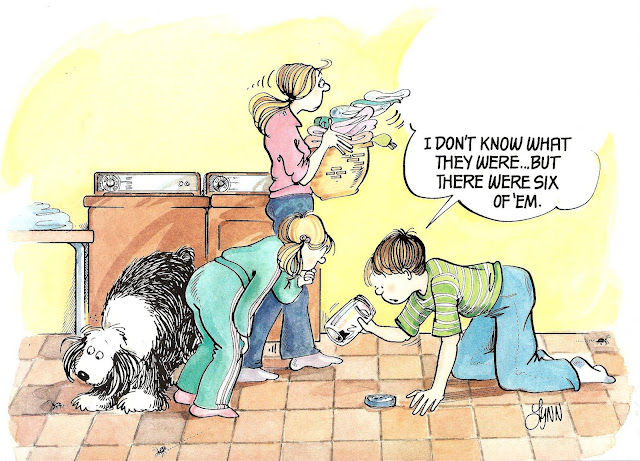 Another side of rarity would be a house full of invisible bugs that was similar to those empty rooms full of ninjas. This drove me nuts as a kid, because I could only find three of the present escapees, and was wondering where all the others had gone to. It didn’t occur to me that they must’ve gone offscreen years later. 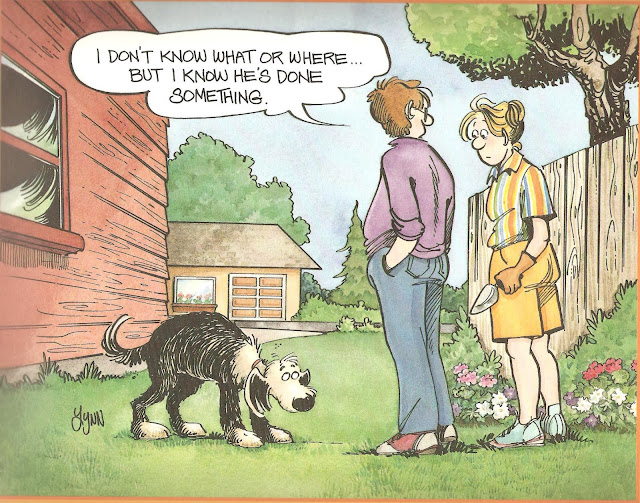 How often do you see animal fecal material talked about in the funny pages? Depends on how much the characters involved own pets, and have to clean up their mess, usually represented by the abundance of stink lines just hovering above the ground below eye level. However, given how much attention Lynn paid on doing toilet jokes during her new-runs phase, this isn’t exactly new territory. It wasn’t new material that absolutely needed to be told to fill in the blanks, which was why FBOFW’s popularity plummeted in its declining years.

Ironically enough, Mike Peters of Mother Goose & Grim fame (who Lynn is good friends with, and likes his sense of humour) once regulated about a certain criticism about Grimmy’s constant habit of drinking out of the toilet. One of his readers complained that she didn’t want Grimmy to do that, because it “might influence her own dogs to drink out of the toilet”.

As long as we’re talking about the filthy nature of bathroom habits, we might as well take a cheap pot shot from behind. 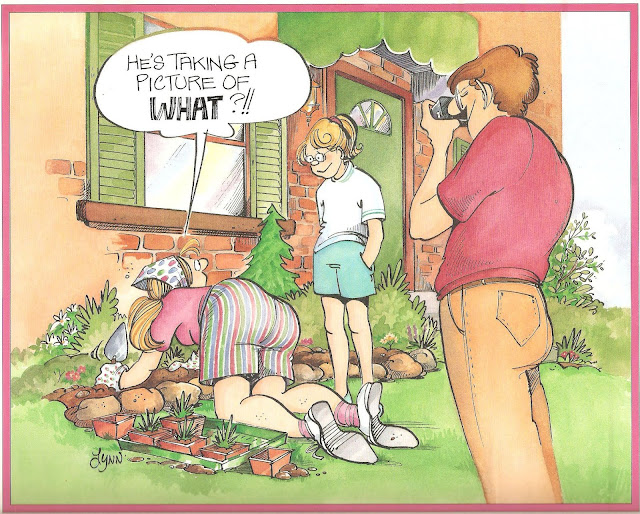 Tempting as it is to downplay the amount of gardening Elly did as opposed to her housework, there’s a fair number of strips that show her working on her flowers, or being appalled at the damage Farley did while nuzzling up in her flowerbeds. However, all that activity was later shifted over to Lawrence who was in agriculture (i.e., flowers) and was the only applicable job that would fit his “gay” persona. 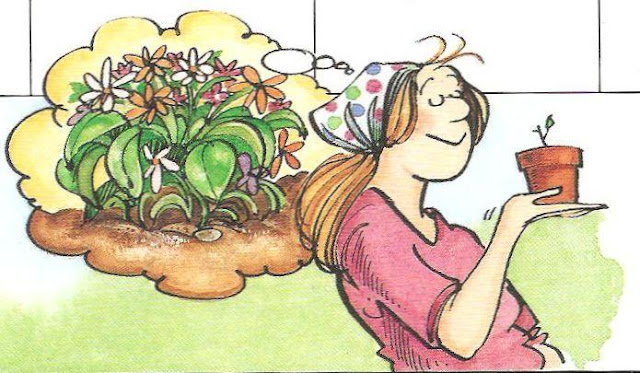 You know what you don’t see too much of nowadays, next to novels with the words THE END in them? Cereal boxes containing plastic prizes in them. 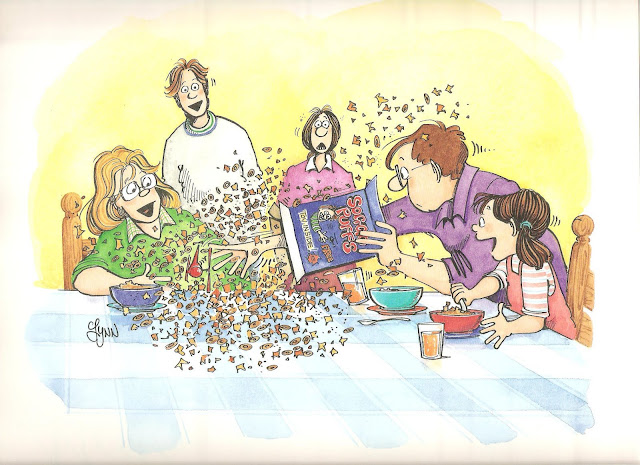 Remember the good old days when there would be dozens of animated commercials for sugar cereal? Until concerned parents decried out the possibility that they might choke on the plastic toys (which is why the US can't enjoy Kinder Surprise), that these things aimed at children might cause them to get fat that got them pulled off the air. Given the current war to label sugar as a harmful substance on par with tobacco, they certainly succeeded on that front, but at the cost of entertaining slots between Saturday Morning Cartoons. I never bought any of the stuff they advertised, but always enjoyed seeing the continuing adventures of cereal mascots such as the Honey Nut Bee, Sugar Bear, Toucan Sam, Lucky, the Twik Rabbit, Sonny the Cuckoo Bird, Snap Crackle & Pop, the Cookie Crisps cop/thieves, Tony Tiger, Cap’n Crunch, and the Flintstone’s Pebbles.