One of my intended license request that was never posted was for someone to license Lou! by Julien Neel. So imagine my surprise when I found out that it was licensed, and three volumes had already been released by another company, Usharp Comics, years ago. 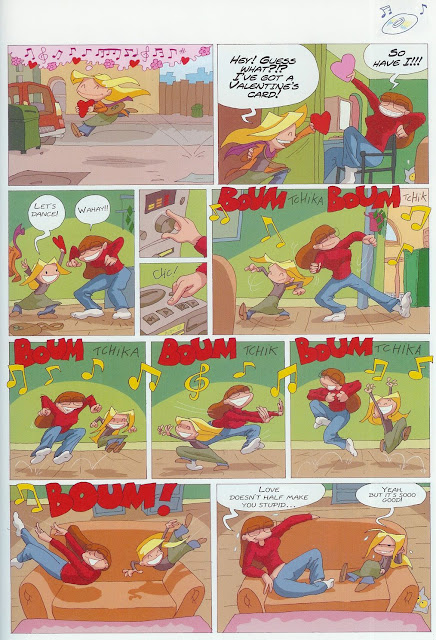 I chalk up my ignorance to lack of publicity. As much praise as Paul Gravett gave it, the text review falls flat without any pictoral samples of it, let alone a synopsis. From the first book alone, it's about a young girl living with her dweeby mother who has grandiose dreams of becoming a Sci-fi writer, even though she enjoys playing V-games more. 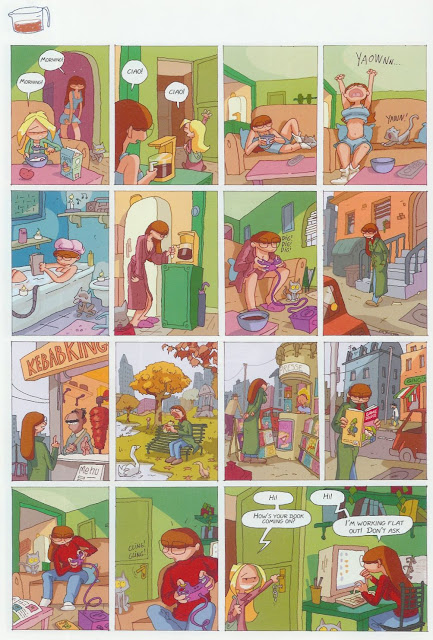 Lou has a crush on the cute boy next door, even though she's too shy to even try to talk to him, despite her enthusiastic personality. 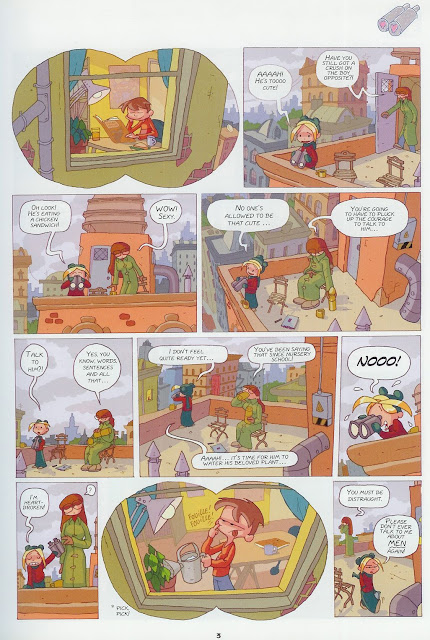 I'm really doing a disservice of this comic by not giving enough description, mainly because I want anyone who discovers this to be surprised at the level of sophistication at telling a continuous story while still restrained in 1-page gag strips. It becomes more vibrant in later volumes, with Lou finding another potential romantic interest while on vacation, who she finds easy to talk to and discovers that she might not really be in love with her first crush after all.

Yes, Lou only lives with her mother. The amazing thing is that she's rather upbeat about not having a father around. 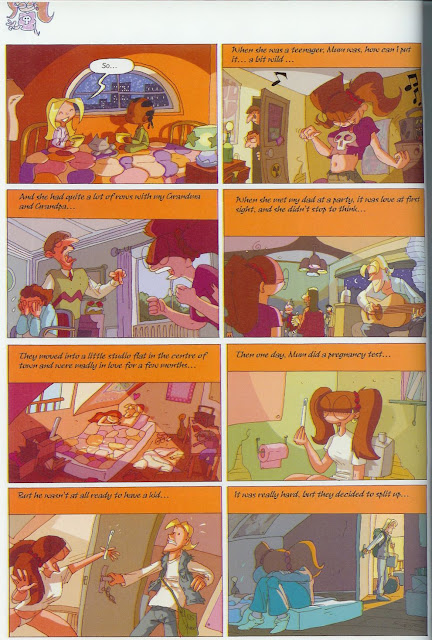 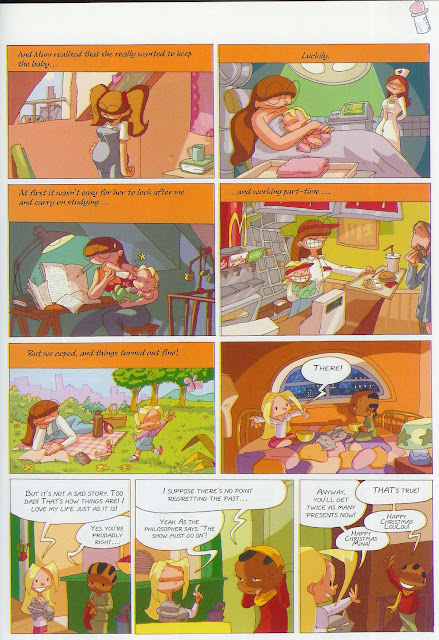 There's apparently an animated series of this on the French Disney channel that faithfully follows the stories and character designs. There's 52 12-minute episodes, which would equal the "magic number" of 26 half-hour episodes required for syndication. (If one episode is shown a week, one season can be shown twice a year) With its vibrant colours and charming characters, it seems like a prime candidate for finding an audience aimed at young girls. Clips are still available for viewing on Youtube, so you might as well check them out while you still can. 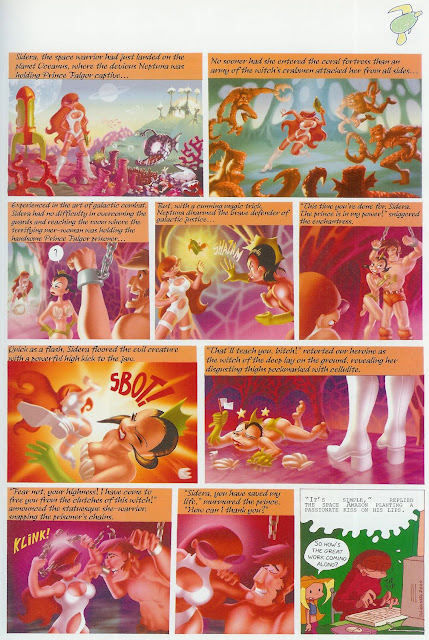 After the publishing releases fell away, there was a scanlation team of devoted fans who went to the trouble of continuing where the last volume left off. The 4th volume was a slipshod embarrassment, full of mistakes and a bland typewritten font. But they must've changed teams for the 5th volume, because the quality improved immensely from there, both in terms of translation and text. (The links are dead now that Megaupload's been cancelled)

However, just because the download links are down is no reason to despair. I just recently found out that this charming series was just picked up by Lerner Books at a very reasonable price of $8.95. The only minus is that it's got a new cover with improved artwork, which may put some purists off. That, and I have no idea of what the new translation will be like. Still, if you enjoy silly prepubescent girls (and mature women) engaging in childish antics, feel free to pick up this book when it becomes available. Don't let this worthy series go by unnoticed again. 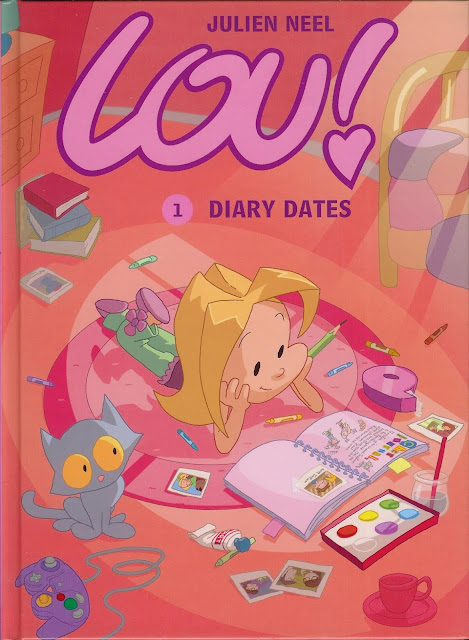