Ah, February. The shortest and most depressing month of the year, where the halfway point becomes another excuse from the chocolate industry to produce chocolate between lovers either starting a new relationship, or keep the current one from stagnating. Wiser heads will prevail by purchasing discount chocolates on sale the day after in bulk, then storing them in the freezer and defrosting them until next year to a wide circle of potential soul mates. just be sure that there's no expiration date or stickers still visible on the wrapping, lest your game be caught! 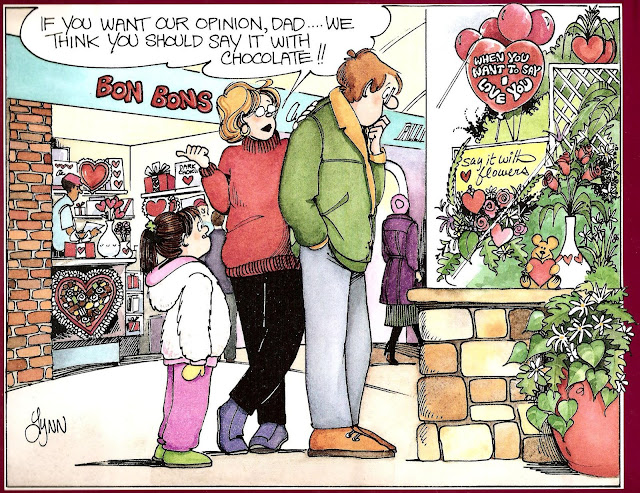 Personally, I prefer Easter chocolate, because the portions are larger. There's only so many chocolates you can fit inside a heart-shaped pattern.

One of the strongest arguments against the Liz Anthony pairing was that Anthony never displayed very much affection towards Liz, and was more along the lines of a stalker admiring from a distance that bordered on creepy. 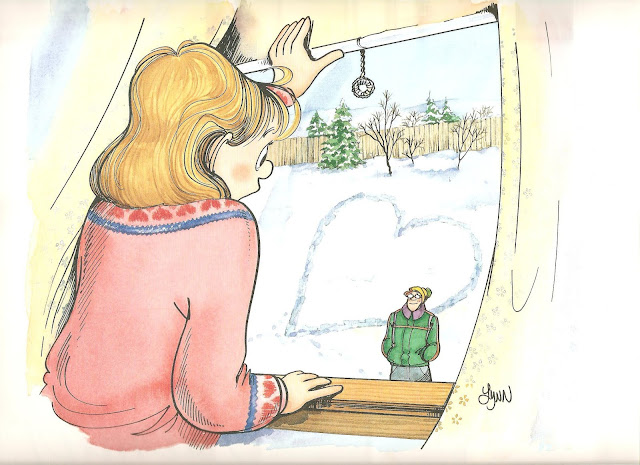 It was as if Lynn felt that she'd given enough proof of Anthony's devotion on the calendar page,
never realizing that she'd neglected to show it in the main strip. And a comic that was already based on another unrelated Valentine's strip that was more aimed at Elly, which makes the Anthony = Lynn avatar even more obvious.

But a single "out-of-continunity" picture isn't enough to convince a devoted audience of ravenous readers of a potential love interest, no matter how popular the strip was. Very often, Lynn would claim any attempts at showing romance subplots were happening "off-screen" or "use your imagination" to explain away any such obvious loopholes. She claimed she liked having the challenge of multiple plots happening in the strip, but most likely, she was overwhelmed by the number of ideas rattling around her head. She overextended her reach without ever having a clear idea of where to stop. 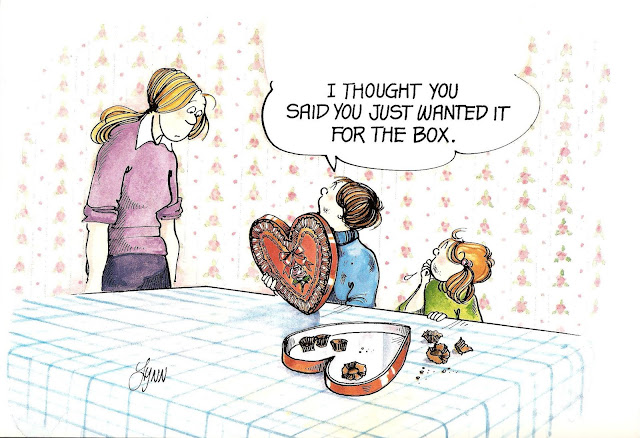 There's been some theories that Lynn Johnson (along with her son Aaron, the model for Michael) both suffered from ADD, given their inability to sit still and concentrate long enough, and their desire to cause trouble and get attention. 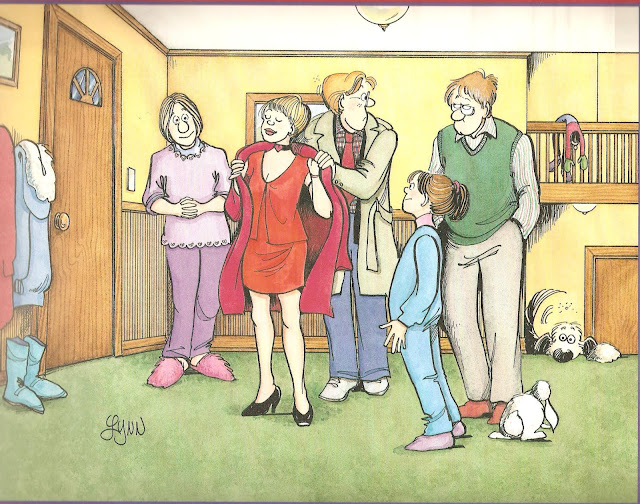 Actually, the number of Valentine-related comics was also around the time that Lynn began to try to be more serious with her stories, and tried to focus on a romance that rang false. This is the only opposition and resistance that Anthony ever got from John, which is strange considering how open and welcome Anthony's presence was admired by the Patterson parents later.

There's also the old adage for interspecies romance. (this is a sanitized version of rabbits humping cats or dogs) As much as some people might object to having a romatic interest outside their species, I haven't heard much complaints about the Kermit / Miss Piggy pairing. In the following two weeks leading up to Valentine's Day, I'll be looking at some weird platonic romances that've taken place in the Sunday pages.

On that note, I might as well end off with the least romantic Feburary page. This is almost kind of a refreshing change of pace. 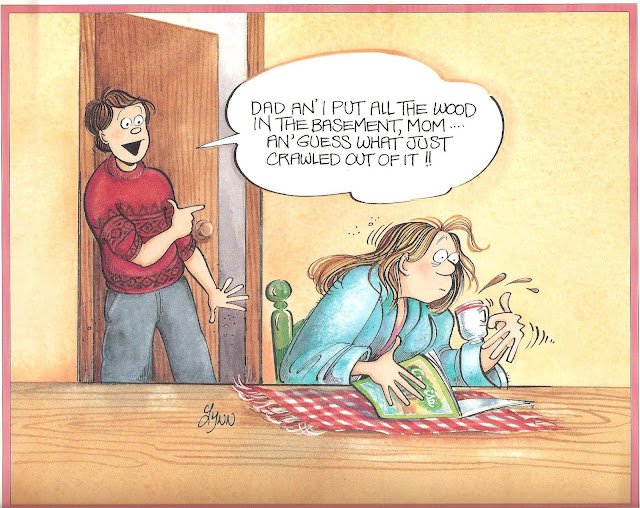