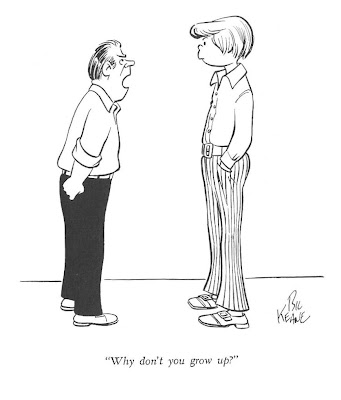 Earlier last week, the cartoonist of the Family Circus, Bil Keanne passed away. There was an outpouring of respect and praise from various factions who admired the man’s work. Among those, Zippy the Pinhead’s one of the more surprising acknowledgements of respect, even as Bill Grithith parodied the Family Circus in his nigh-impentrable strip. 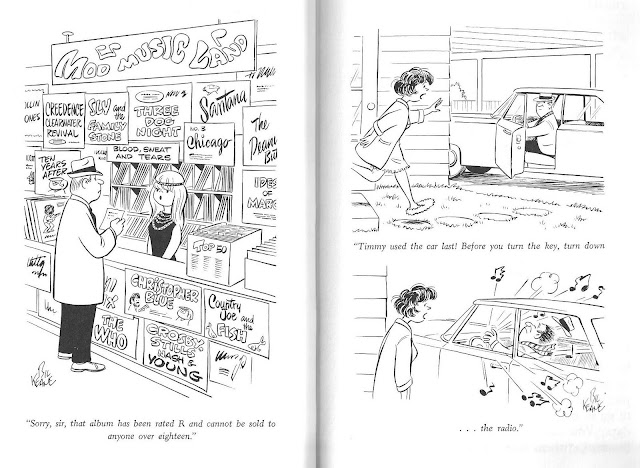 However, for everything’s that’s been said about him, there’s one particular aspect of his work that I notice hasn’t been mentioned – his collaborative cartoons done for Emma Bombeck. The following scans are taken from Just Wait Until You Have Children of Your Own! 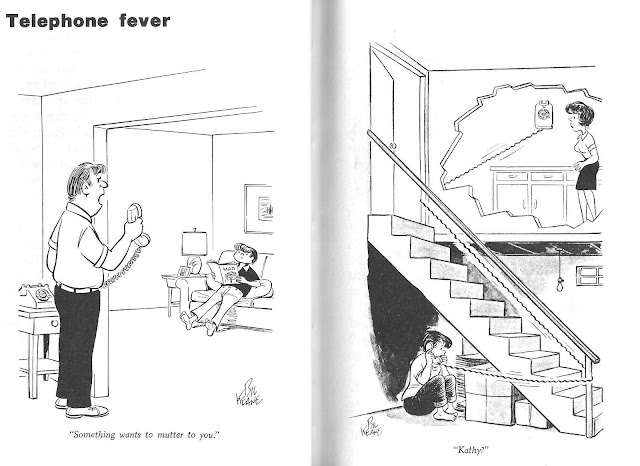 The reason I didn’t make a contribution upon the news of his death was because I’d already made a tribute earlier with one of Bil Keanne’s past forgotten failures in branching out his distinctive style of round-headed kids. 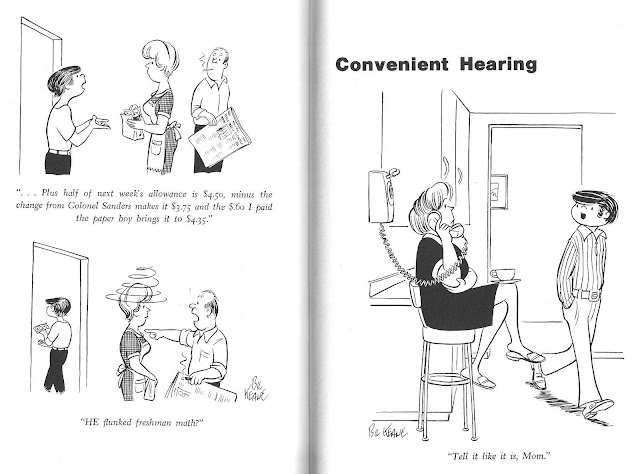 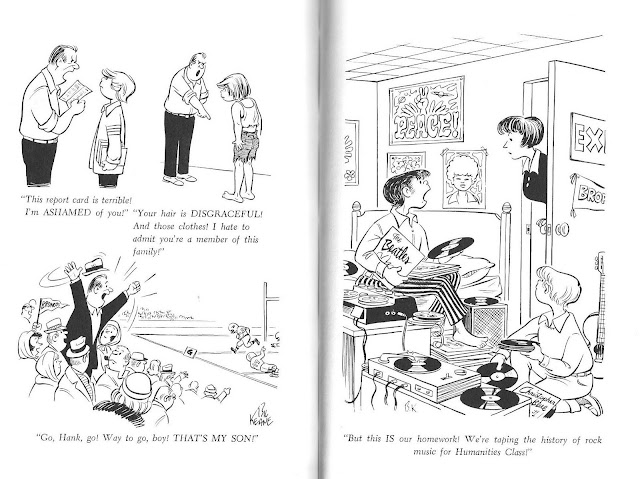 I was never much of a fan of the Family Circus for many of the reasons its detractors pointed out. It could tend to be too saccharine, the jokes oftentimes didn’t seem that funny, and the inclusion of religion didn’t always help. However, there’s no doubt the man put care into his craft, even if he resorted to “shortcut” strips by letting his “son”, Billy fill in the Sunday comics with childish drawings and logic. It’s possible that the iconic circular panel was inspired by Norman Rockwell’s background figures in the Saturday Evening Post. 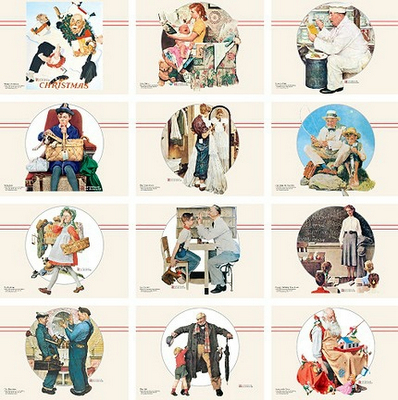 Doing some of these comics involving teenagers could’ve given Bil Keanne a chance for him to flex a few muscles that would’ve been sorely out of shape from capturing childish antics all the time. It can’t have been easy for the man to constantly dredge up old memories of “kids say the darndest things” long past his children’s golden years, and even having to rely on their grandchildren for source material. 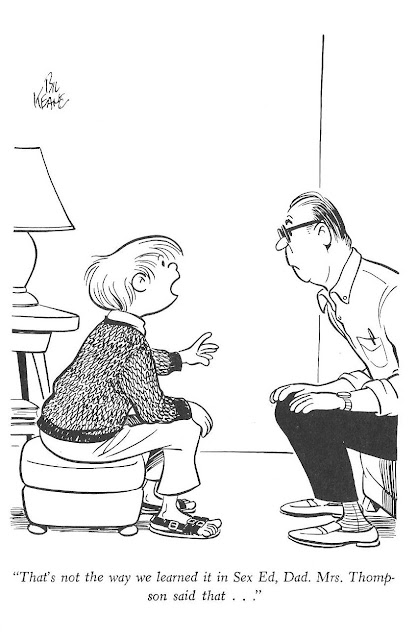 There was a MAD article that made the claim that cartoon characters were losing their audience by not growing up with them, and remaining stagnant. It’s interesting to wonder what the Family Circus might’ve been like if Billy, Dolly, Jeffy, and P.J might’ve been like if they’d been allowed to develop personalities and tastes beyond their starting years. We’ll never know for sure, but it’s nice to think that there’s an alternate cartoon universe where this kind of thing would regularly happen. 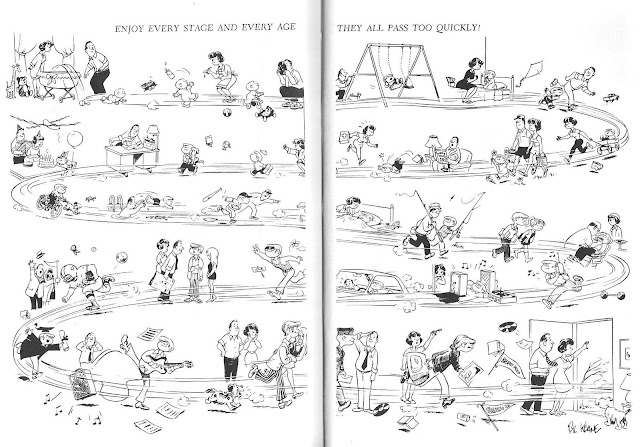