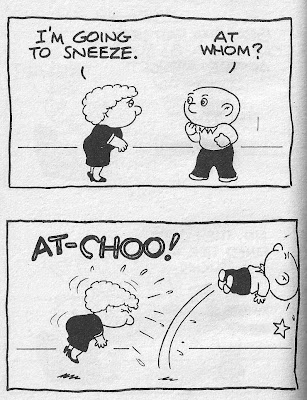 I just found out from the Comics Reporter that today, October 5th is Bil Keane's birthday. While he's mostly known for producing The Family Circus, he briefly branced out in trying another comic strip from 1981-83 called Eggheads. If you've never heard of this, there's a very good reason why. 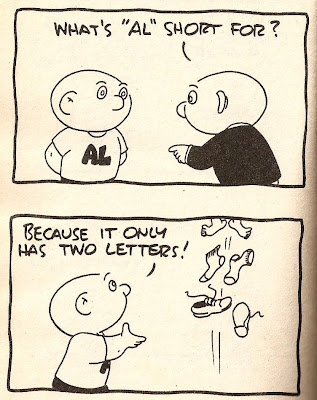 This was a joint project between Bill Keane and his son, Jeff, who was the model for Jeffy in The Family Circus. You'd think that being immortalized as a little kid for life would be enough to demoralize your children from ever entering the business, but if you're part of a million-dollar industry, those numbers start to look more attractive. Bill wrote the jokes, and Jeff drew the comic. The end result was everybody looking like Charlie Brown, and always doing backwards flops in response to horrible puns. I've done my best to spare you the brunt of the majority of the awful jokes. Trust me, they're pretty bad. 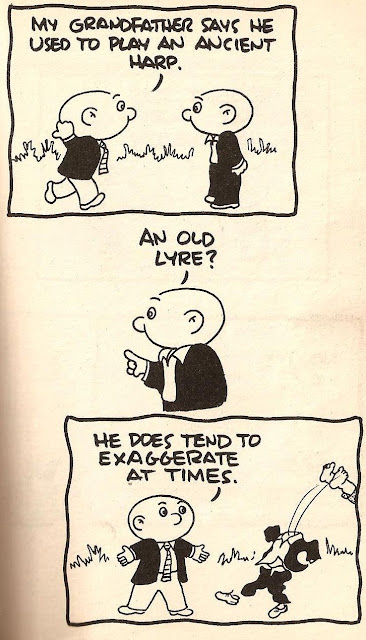 Following in the footsteps of Peanuts, a lot of celebrity figures are name-dropped, which tends to date it more than Peanuts does. At least you're hardly likely to know who Willie McCovey, Leonard Bernstein or Ned Sparks are, long after their legacy days have passed. 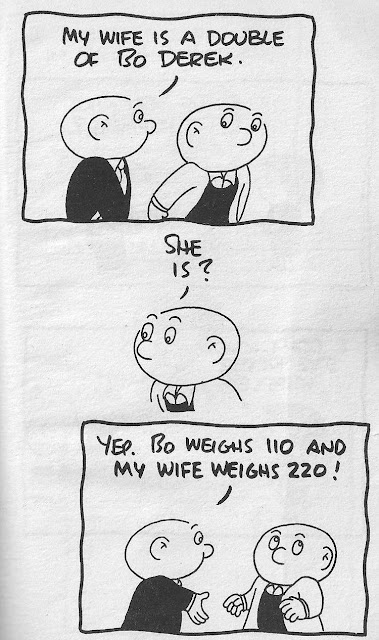 In addition, the usual reaction in the last panel is falling over backwards, either off the screen or banging their heads against the panel. In fact, it's the (extremely) rare strip where the characters don't react to a stupid joke. 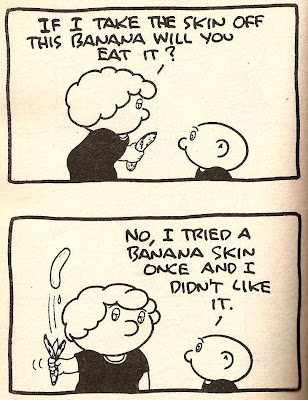 While the variety is a welcome reprieve from the constant repetitive tic of Fainting Goat Syndrome, it also robs the strip of the only interesting action happening on the page. The writing's not exactly the biggest draw here, since everybody talks in the exact same set-up:
1. Say one sentence
2. Short question or answer
3. Punny misunderstanding 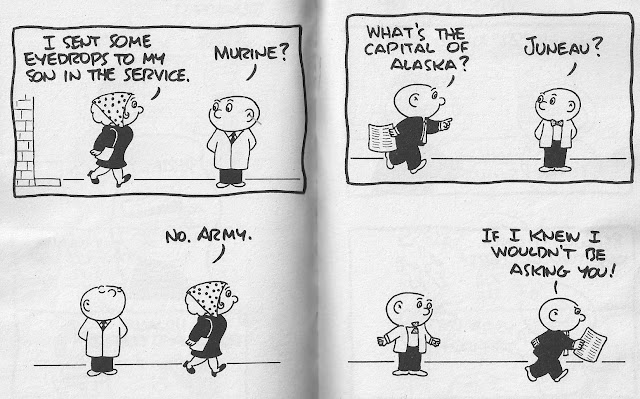 In this comic below, the joke's so bad it takes awhile for it to be noticed. Much like how accident victims are in a state of shock before the pain begins to register. It's not healthy to read too much of this at once, since you'll be identifying with these bystander victims before long. This is why we need quality humour. We shouldn't be responsible for causing delayed reactions that may cause unintentional damage when the joke finally kicks in and they groan in pain. (Whether the audience remembers an actually funny joke is something else entirely)
If it's any consolation, Bill Keane's son is primed to take over the role of Family Circus, and not Eggheads. Eggheads could be considered a warm-up exercise, but considering that it's been almost 20 years since it's inception, Jeff might be a little out of practice, which would be considered a selling tactic for keeping legacy strips in circulation. As long as it's safe and stale, it'll remain on the newspaper comic page until people tire of seeing precocious round-headed children. Given how much fuss is made over removing any favorite comic no matter how bad it is, this could take awhile. 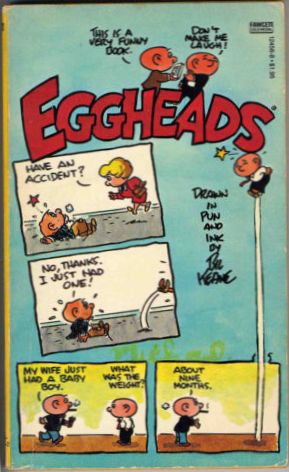