I meant to post some earlier US Acres comics that were skipped, but had forgotten about them. Sorry for the delay. 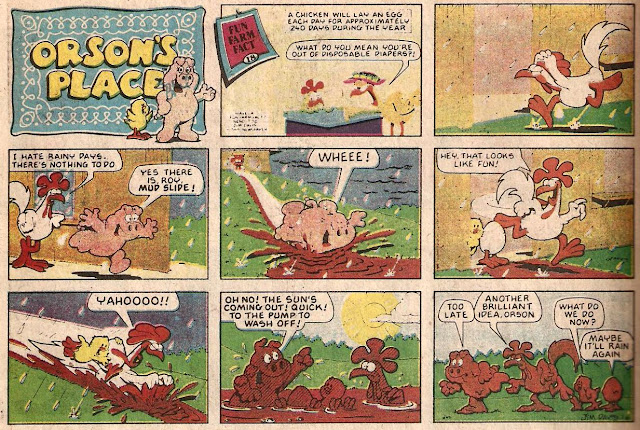 Next up is Roy acting very much like Garfield does around seeing a field of flowers. Given the personalities between the two, there's not much difference. Both get a sadistic joy in playing pranks on unsuspecting victims, abusing lower life forms, and superiority over all. The only thing that matters is whether you're soft & fluffy or not. That could explain why certain animals on the endangered species list are more fought against than others. Nobody cares about a colony of bats or colony of frogs, but everybody & their mother will race out to protect baby seals. 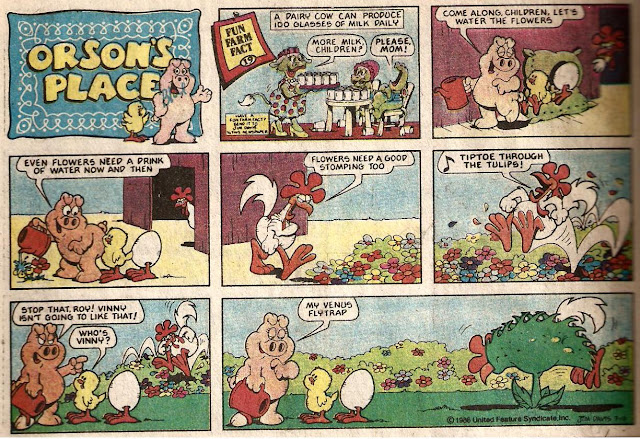 Below are two strips that were later adapted as "Quickies". In the animated version, it was Bo who spoke out to the audience. Keep in mind that neither he nor Lanolin had been introduced at this point, so they're still anonymous sheep. 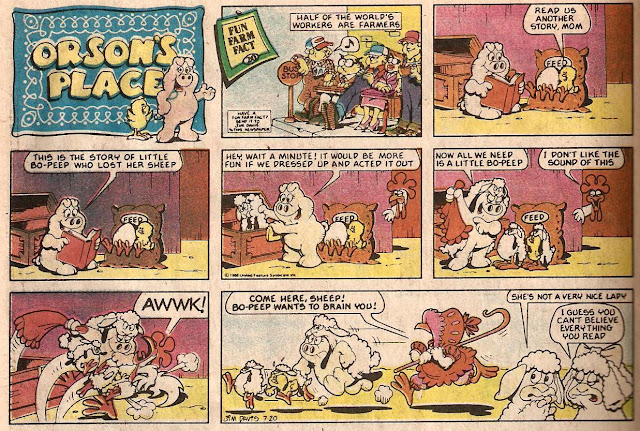 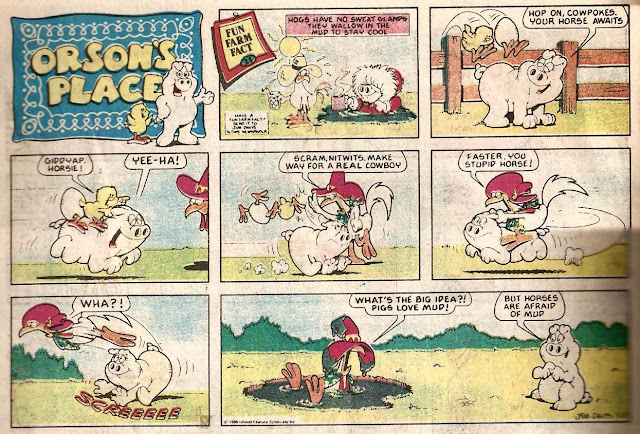 And here's the original version of the latest strip. Can you spot the difference? I'll give you a hint - it's not the title page or the missing Fun Farm Fact. It has something to do with this post's title. 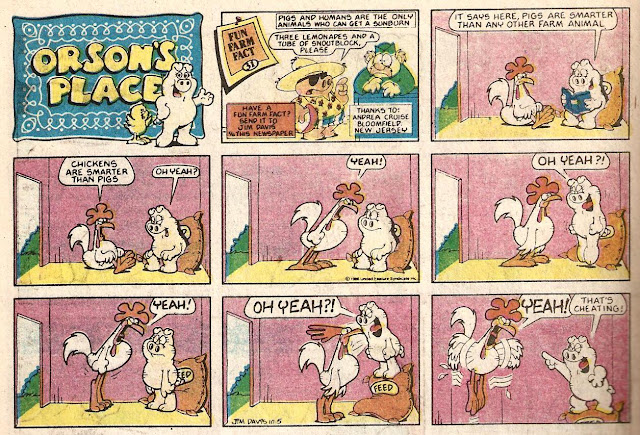 One wonders why they would bother switching out the normal Yeah!s with the hickensian speaking Yeh. A quick search through the Garfield archive gives a possible answer: