Well, Cathy's finally finished her long-running strip as of this Sunday, and I shamefully missed the occasion myself. I had to get the news second-hand from various comic sites who were more devoted to this than I was.

When I saw the last panel, several things jumped out at me. One was that her stomach seemed to be saying something, but I had trouble making out what it was. It was only after I looked further away that I realized her unborn baby was thinking the signature "Aack" in pink. The first thing I noticed was that Cathy's Mother was positioned exactly the same way she was at the conclusion to her wedding: 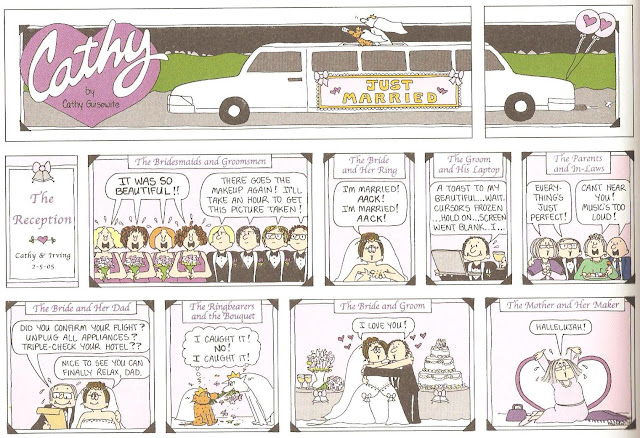 Guisewite had Cathy stay single for a long time until she realized that she was running out of material for a single woman since she was married herself. Given how much Anne (Cathy's Mother's name) wanted her baby girl to get married and have babies before her looks started to go, this sort of thing must come as something of a relief. Now she can safely roll over and die with a happy expression on her face. 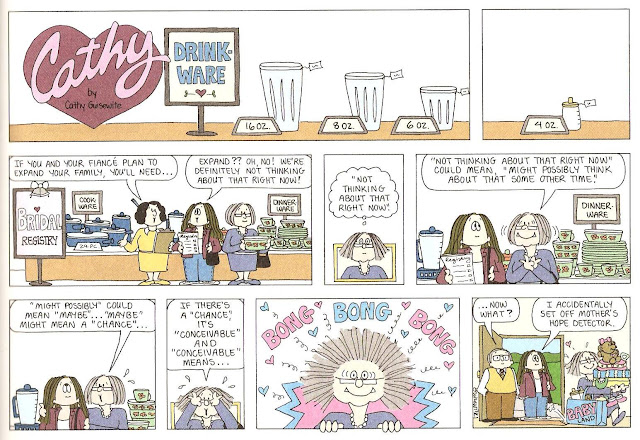 However, even though the strip's stopping at a supposedly ambiguous ending, leaving our imaginations to fill in the gaps, there's still plenty of already available material in the Cathy strip. From these, we can get some idea of what her pregnancy would be like.

Andrea had to deal with the energetic rebelious Zenith, and later, Gus. They disappeared for years, only showing up when Cathy needed somebody to fill the role of ringbearer and flower girl. By that time, they'd gone the Doonesbury route of aging, appearing as teenagers to Cathy's shock. 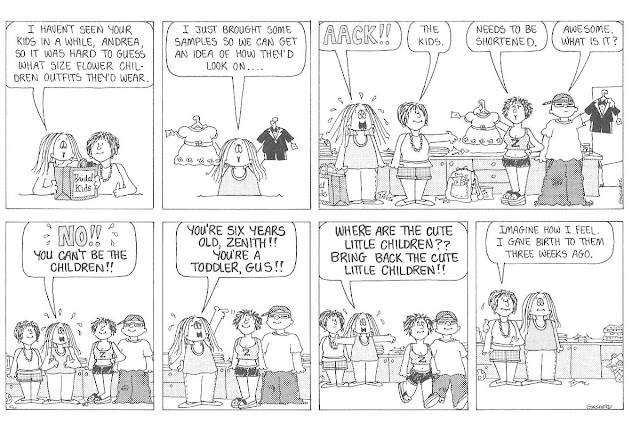 And when Cathy's had the option of having another soul in her life, she opted for second best choice.

Guisewite said that at the time, she wasn't ready for Cathy to have a baby, but wanted her to go through the conventions of what having a child would be like. So in essence, Cathy went through most of the strip's run staying relatively stagnant while her friends continued to pace ahead of her. Cathy's parents accepted her new dog with as much grace as you would expect them to.

For those of you curious as to how Cathy would've handled having to suffer through her pregnancy with multiple cravings, look no further than her relationship with her spoiled stomach. 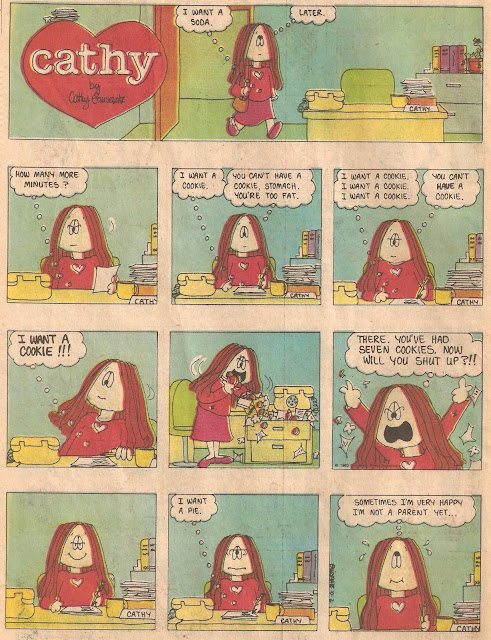 And don't even get her started on Hot Fudge Sundaes with Sprinkles. 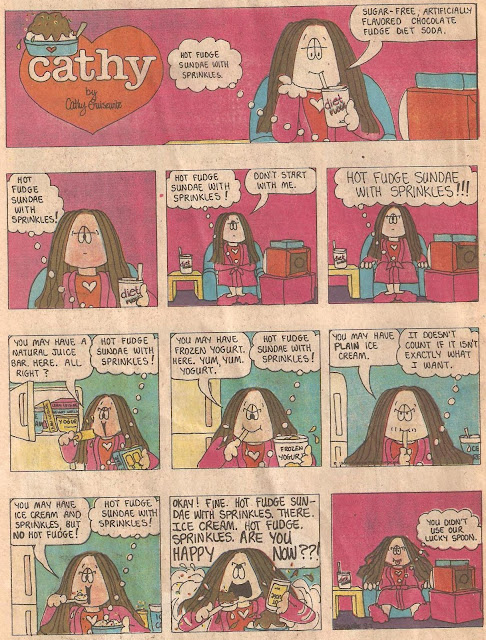 Given how long the strip's been running, there's really only one proper way to signify the end of an era: 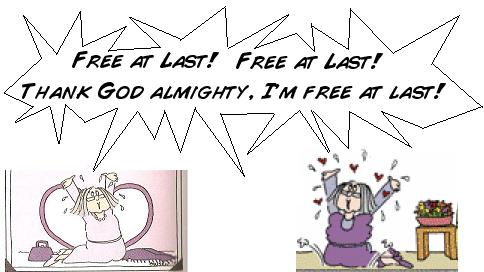