It's recently come to my attention that Viz's old-school Knights of the Zodiac (Saint Seiya for you purists) just recently finished it's impressive run, despite never quite gelling with the majority of the reading public. Part of that might be the pacing, which can oftentimes seem quite odd to the modern reader. Another could be that the subject material simply wasn't that interesting. A better reason could be that the audience didn't grow up watching the Anime in their childhood. But I think most of it stems from the fact that practically every character looks identical.

While Kazuo Umezu had the complaint that his characters were too stiff, at least he backed up his stories with endless variety. When I "read" these pages by picture alone, too often, a lot of the pages essensially "sound" the same to me. It doesn't help that the elfish helper has the same facial expression throughout the series.

Oftentimes, you'll hear the complaint that "All Manga characters look the same", and while there are subtle differences, I'm sorry to say that this stereotype applies here. While Masami Kurumada is capable of drawing various characters, all his protagonists have ONE distinctive face, and it's used as often as possible. That goes for the villains too. In this Manga, the strength of a character is defined by how shiny they look. The prettier and bishy they are, the more of a threat they are. I'm sure by the time Hades rolls around, his cloth (armour) is so bright you need shades. This could be avoided by some mud-slinging, which could reduce the tarnish somewhat, but then you'd have to contend with the legion of rabid fangirls who like looking at boys prettier than they are.

While other comics have the philosophy that "Violence solves everything", Saint Seiya had an unique way of solving their problems. How? By bleeding all over the place. 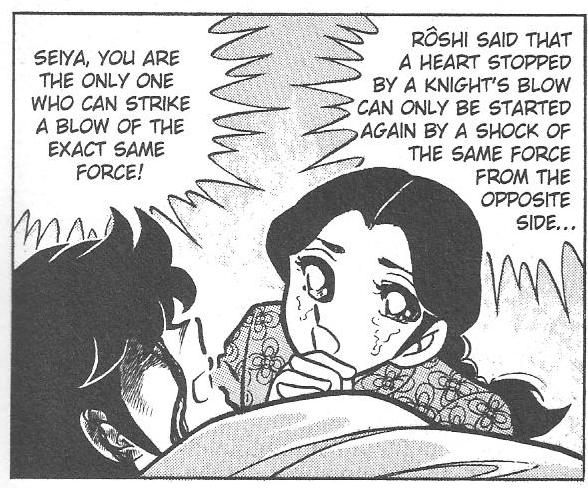 Got some cloth that needs to be repaired? Just go the Fushigi Yuugi route and give your life force over to them. 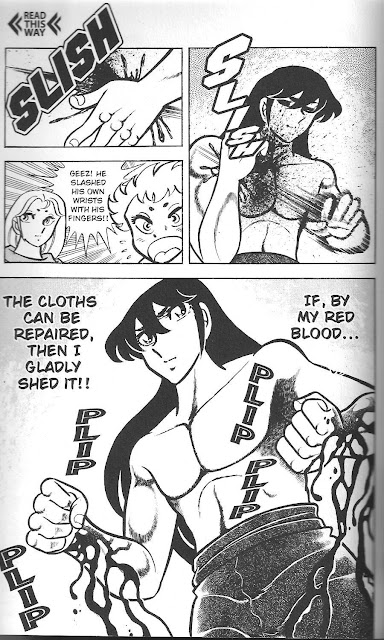 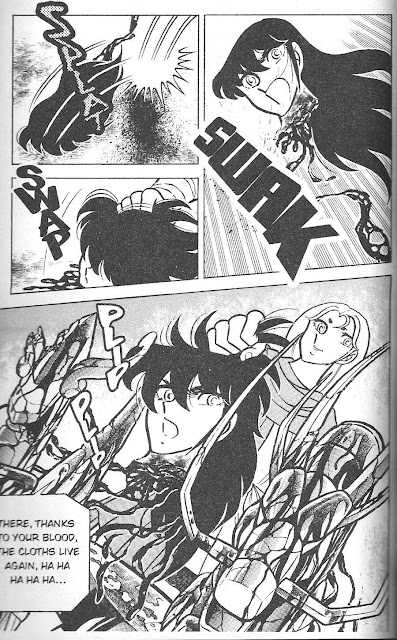 Don't worry, he gets better.

Are you threatened by a poisonous technique that's threatening your body? Just poke holes in your body to let the blood flow better. Y'know, to let the blood breath a bit. I'm sure it's written somewhere in a medical manual if you look hard enough. 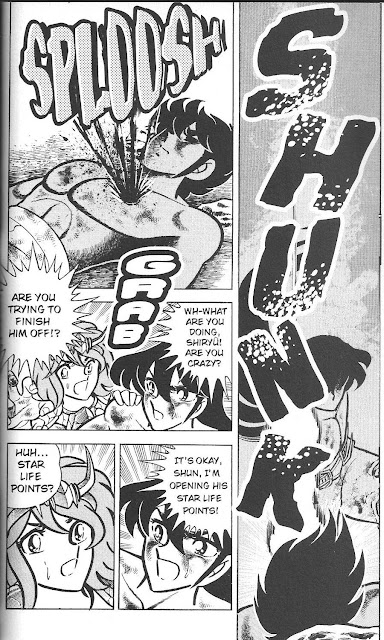 Need to use a highly dangerous technique to defeat an enemy? Just overload your heart to the point that it'll cause aneurysms throughout your circulatory system.

This move is extremely dangerous, so of course he uses it. 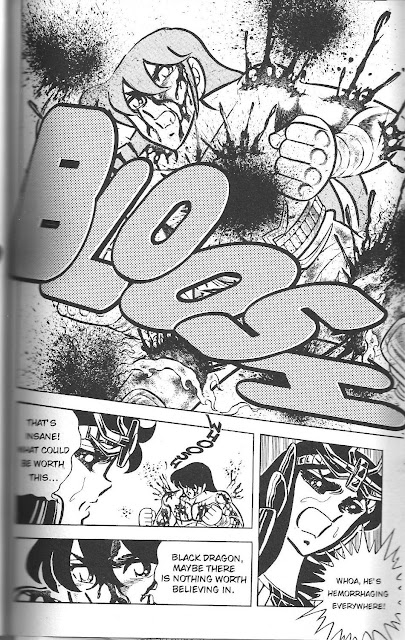 Even a tiny drop of blood from Seiya... 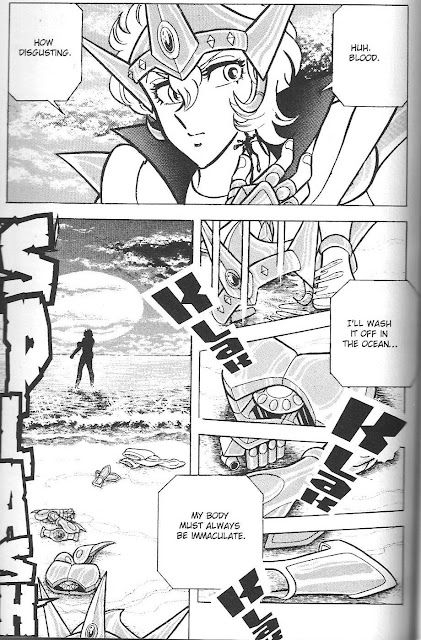 ...leads to this infamous page here. 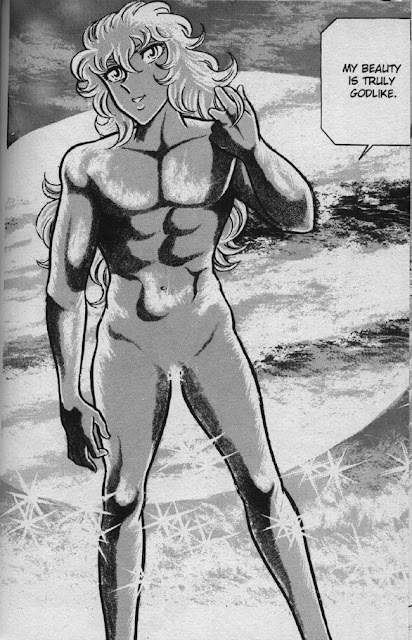 WHY Seiya didn't attack him when his defenses were down is a curiosity in itself. But as Shaenon said, "Nothing that happens in Knights of the Zodiac makes a lick of sense." And that might be the problem right there. Some people like to have a semblance of coherence and logic in their fights, even if the plan is "keep hitting & standing up until the enemy falls down."

Even the fact that all the guys have the same bastard Father is easily solved with: 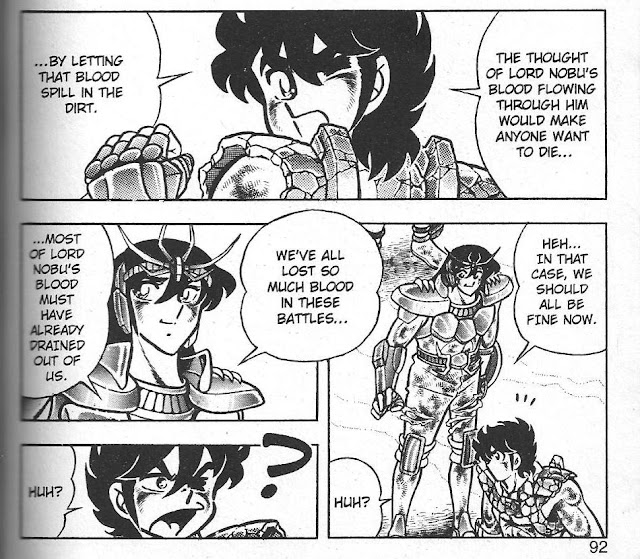