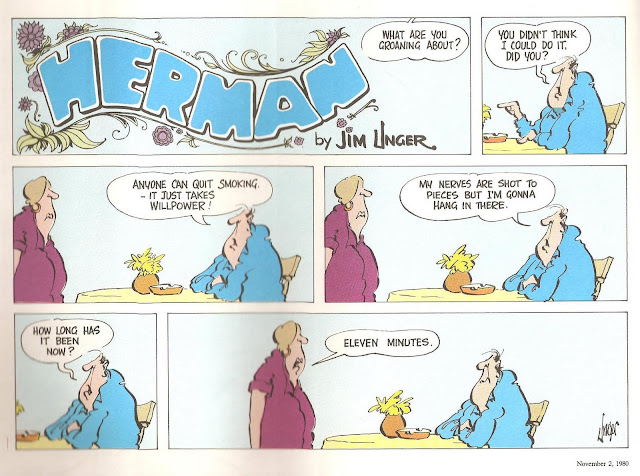 It’s been about a week since OneManga officially closed their online viewing, and readers have no doubt been expressing grief and regret over the site shutting down. Their main page now has a popup page similar to their announcement of their impending shutdown, that now links to their Facebook page.
"There is an end to everything, to good things as well."
OM's online manga reader was officially taken down on Aug 1st. If you didn't read the previous note, you can click here to read about what happened.
So what next? You should see some updates to the site over the next few weeks that should make the site more useful. Until then, the One Manga forums will remain active and we encourage all of you to continue using them.
You can also continue to show us your love for this 'better than peanut butter and jelly' invention by liking our Facebook page if you haven't already.

Regardless of whether you stay with us or not, on behalf of the One Manga team, I would like to thank you all for your unwavering support over the years. Through the ups and downs you have stuck with us, and that is what kept us going.
As a certain Porky was fond of saying... That's all folks!
- Zabi
This will no doubt add to their count hit, which surprisingly is still under half a million. That might change during the weekend. EDIT - it finally crossed the 500,000 barrier today.

From their inception in late 2006 to Aug 1 2010, OneManga enjoyed a good three years, eight months spreading the joy to fans everywhere. Of course, there’s still plenty of other Manga sites out there, but a slight sampling of the alternatives reminds me again why OneManga was the preferred destination to go to. I won’t name any names, but I’ll rattle off a list of what OneManga excelled at that the competition didn’t:

1. When a batch of new chapters were released, they weren’t listed individually - they were grouped together in one batch.
2. Double-page spreads might’ve been slightly reduced in size, but they were spread across the page, rather than put in the same margins of a single page.
3. Likewise, pages weren’t reformatted to fit a typical house style. Some scans were smaller than others, and looked better that way. Making small scans larger makes the pixelation more obvious.
4. If a Manga was no longer available for reading, it was coloured differently from others in the directory list.

In the announcement was some history, which was far more investigative than anything I would’ve been able to find myself. The entire site is full of more history than I’d ever be able to find out in my lifetime.

The announcement of the dissolution also brought out some curious questions regarding the OneManga shutdown. Lemurion brought up that since OneManga was created as an alternative to NarutoFan and Tazmo, who were charging for their services (i.e. providing a non-profit source), why are they still active?

One could posit that OneManga felt that the axe was starting to fall too close to their necks, so they decided to go into a state of suspended animation until they were sure the threat had passed. After all, DetectiveDupin said that OneManga was “just the first domino to fall.”

William put up the dubious claim that MangaStream was superior to OneManga. Having taken a look at the site, I can see why - it only puts up the last four releases of about ten popular series. This isn’t unlike the recent online Viz samples on Shonen Sunday and SigIkki. After a certain amount of time, these chapters will no longer be available, thus negating any large backlog.

Just as perplexing were Japanese people who didn’t like the idea of sharing Manga online, while also wanting to benefit from American movies without paying for them.

“Just deleting them won’t stop it – the data will live on forever. You have to put in place fines and make it a serious crime or you’ll never stamp it out. It’s the same with music and movies.”
“It’s the fault of those idiot publishers for doing nothing. Whilst Hollywood was busy protecting its copyrights they just let it slide. You reap what you sow.”
“What a bunch of crooks. They make a fortune off donations and advertising revenue. They pretend they are creators and heroes. I want to watch Hollywood movies and American dramas at the same time as their US release. Of course, for free.”

Then there’s the obvious cost factor to keep in mind.

“Overseas manga is ridiculously expensive, so that’s probably behind One Manga’s popularity. However you look at it, ¥2,000 for a single volume is way too much.”
“If the prices drop they’ll just start using censorship as an excuse instead.”
“They wouldn’t buy even if it were cheap. Their anime is far cheaper than in Japan and they still won’t buy.”
Strangely enough, some of them felt that foreigners weren’t qualified to enjoy Manga.

“Manga is wasted on foreigners. Those outside Japan should stick to reading manhwa!”
“The reason it came to this is probably because this content is only that of the yellow races. They should have sued first like Nintendo. They’ve probably got used to scanlation so it’s no good now.”

Of course, part of it might’ve been out of reasonable jealousy. After all, some scanlations came out as early as Wednesday, when most magazines were just being released. Sometimes even earlier, if anticipation was incredibly high.

“They get them even faster than the Japanese regions do. It’s too much…”
“If you don’t release simultaneously with the Japanese release they will pirate them. They are that committed.”

“Won’t they just start another site under a new name?”
“The biggest illegal distributor online, eh? Hurry up and destroy the rest.”
“Teach them the consequences of serious crime!”

The one that closely comes close to the truth is this statement:

“They enjoy making scanlations – it’s like a club activity to them.”

New comments are not allowed.