As of Aug 1st, 11:59PM PST, after an extended lifeline a week past its intended shutdown date, OneManga officially removed all the available Manga from its site.

True to their credit, they didn’t stop uploading Mangas right to the bitter end. It was a struggle to push myself to bed around past midnight, since the site was still functioning around then. But I had to go to work in the morning, and I’d already prepared myself for the inevitable. Indeed, when I woke up, only the skeleton of OneManga remained.

Thankfully, their information about Manga titles divided by genre and author info is still available, which should make it very easy for people to find relevant information about what kinds of Manga artists or stories they’re interested in. Not to mention the cover pages are still there to give an idea of what the artwork’s like. Granted, you can’t sample any interior pages, but that’s the price you pay.

Readers are still trying to get over the shock, and their newly released Facebook page has garnered just under half a million fans by now. I’m surprised the number isn’t higher, given how popular it was. Part of it might be that there isn’t a Facebook link at their main site.

I spent the past week reading as much Manga as I could until my retinas started to water. Thanks to the threat of the site shutting down, it seems the advertising (which always appeared at the bottom) went away. This was a plus, as it made blazing through these Mangas faster without having to contend with a distracting animated ad. I especially wanted to race through several long-term Mangas such as Detective Conan, Karakuri Circus, Ushio & Tora, Jojo’s Bizarre Adventure, Steel Ball Run, Kekkaishi, Bobobo-Bo bo-bobo, Cyborg Grandpa-G, Chii’s Sweet Home, and Otoyomegatari (which’s thankfully been licensed by Yen Press)

In fact, the only Mangas I wasn’t able to do a marathon run on were licensed titles that would look better if I’d saw the whole page, such as Angel Sanctuary and Skip Beat! I also didn’t get a chance to read Captain Tsubassa and Kinnikuman, probably because their age and repetitive poses made it difficult to enjoy them. 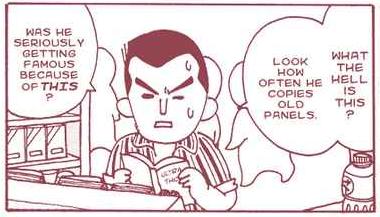 I also took the chance to save several One-Shots that were translated by now-defunct scanlation groups and might not be seen ever again. (Such as Cross Epoch, the DragonBall / One Piece crossover) Sadly, the double-page spreads were reduced in size, so some of the original quality was lost.

However, as the site managers mentioned on their last update, they’ve just removed being able to read Manga on their site. In terms of brain trauma, the information is still there - we just can’t access it right now. Also telling was this little tidbit:

Why remove the unlicensed manga too?
- We debated this for a while. It is not clear at this point whether or not publishers have a problem with unlicensed manga scanlations. We have decided to remove the content until we have a better sense of what their stance on this is.

Until they’re able to figure out what the publishers want, it seems reasonable to comply with the bigger companies’ demands. Given the name recognization the site’s garnered due to its high quality / speed, and the fact they were working on a Beta and Mobile versions of the site, there’s still a slim chance that OneManga might come back. It might not be as extensive as it used to be, and some Mangas (such as the triumvirate of Naruto / One Piece / Bleach) might be off-limits. However, if they’re able to bring to light multiple previously unknown titles, more power to them. 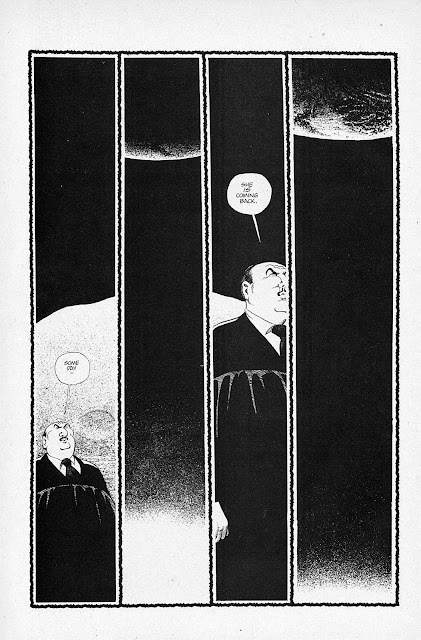